I have had some unfinished business in the Oldbury area.

The Old Main line may be a bit remote to some but even this ancient waterway was subjected to some shortening and straightening over the years. The section which has been nagging away at me for years is the loop which wound its way round the centre of Oldbury but ceased to part of the main line in 1820/1821, which itself became bypassed by the later construction of the "Island" New Main Line. 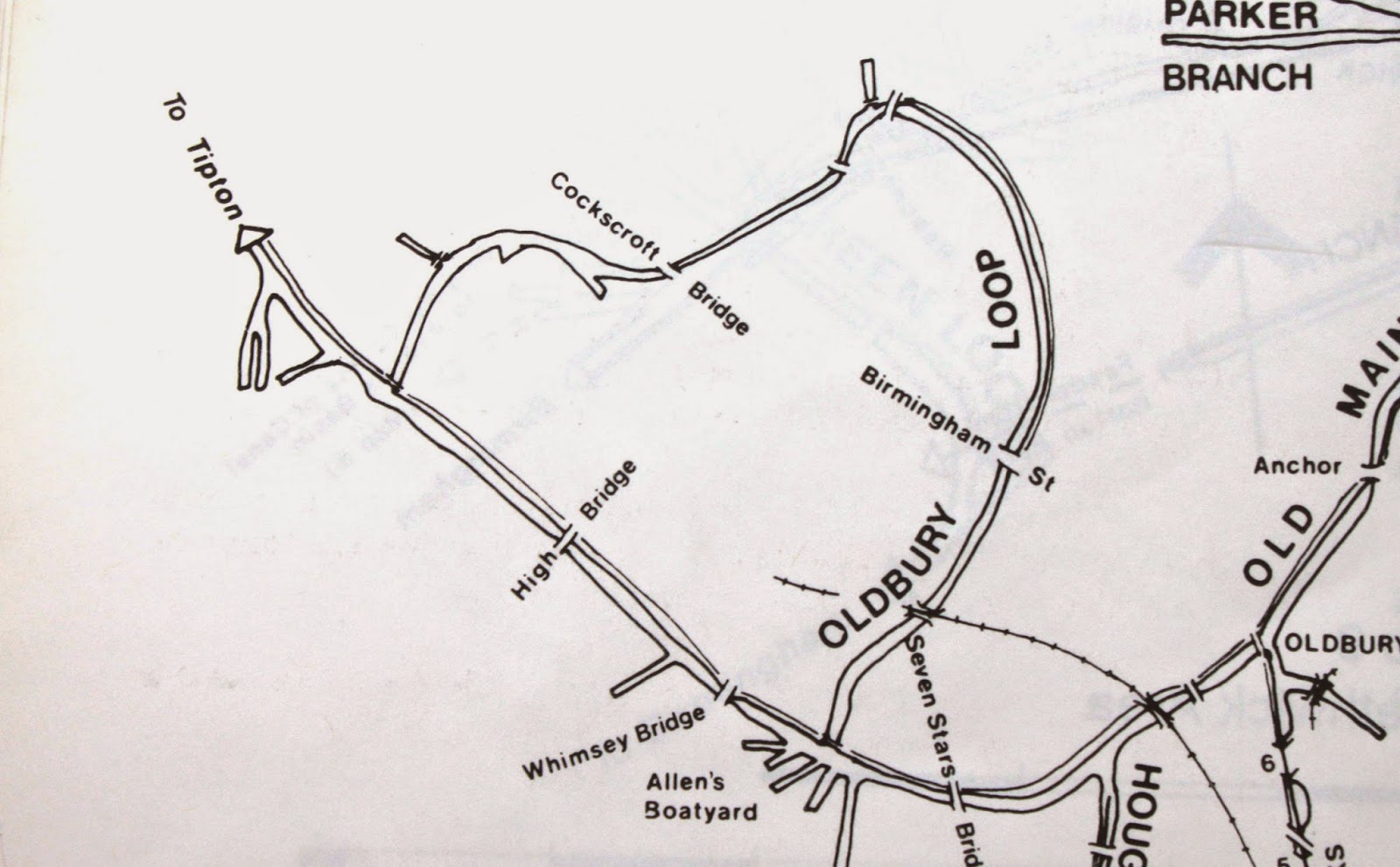 The Oldbury Loop - from The Other 60 Miles

The loop was about 2.5 miles long and operated to serve local industry until well into the 1950's. 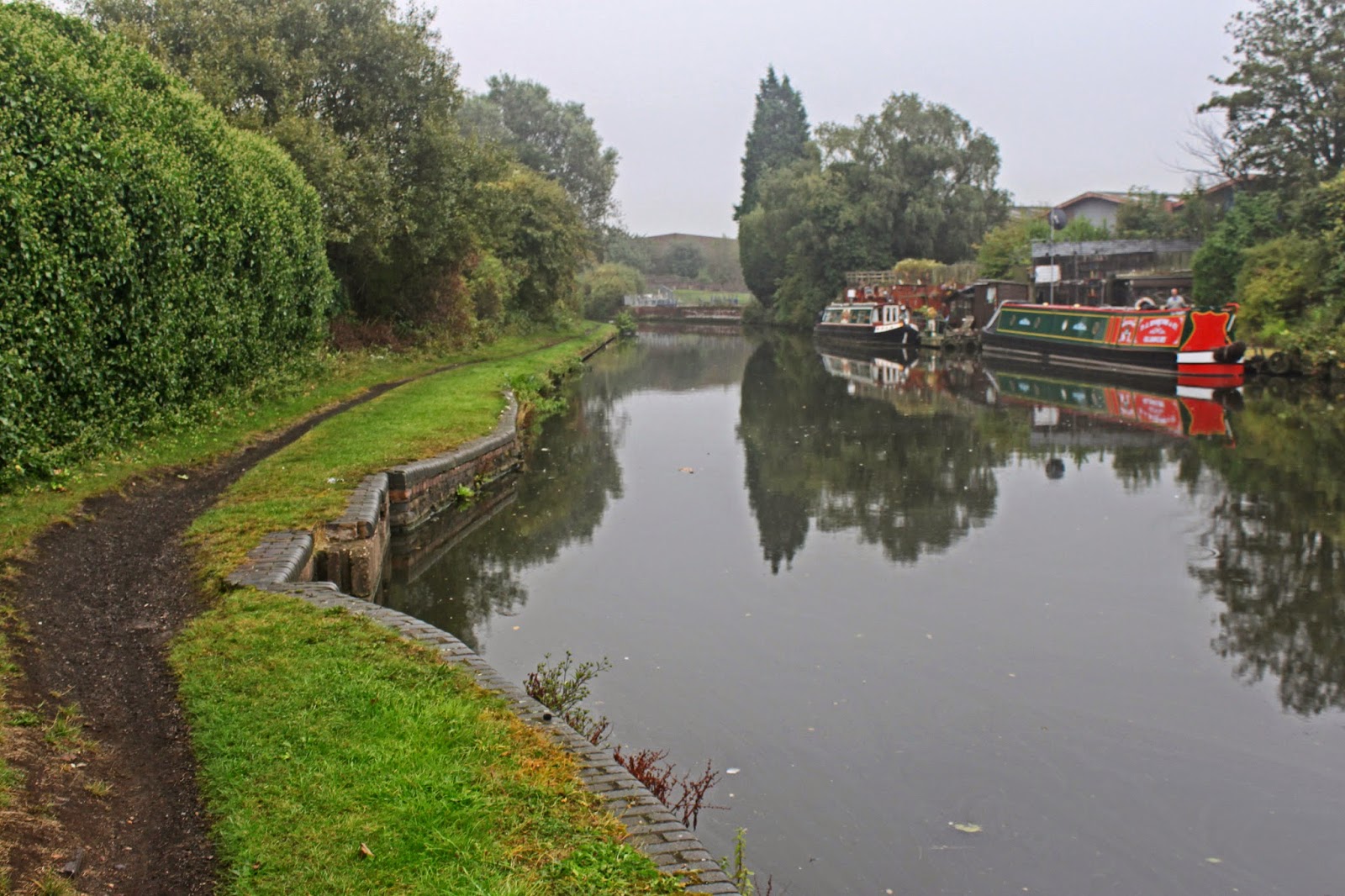 Southern entrance to the Oldbury Loop 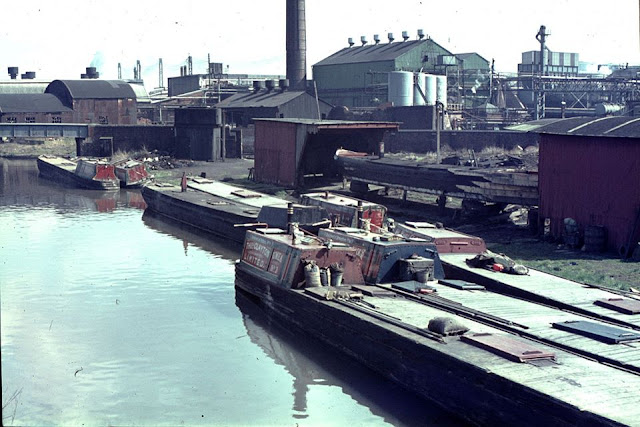 And an old scene from the immediate vicinity by Vic Smallshire

It had its southern entrance opposite what was Allens Boatyard and near Whimsy Bridge, now a mere  shadow of its earlier self with just one short stub of several fingers of water which used to exist. Not that there is a lot to see of the junction with the original roving bridge first dropped to a platform a few inches over the water and now only distinguishable by a just discernible indentation in the towpath. 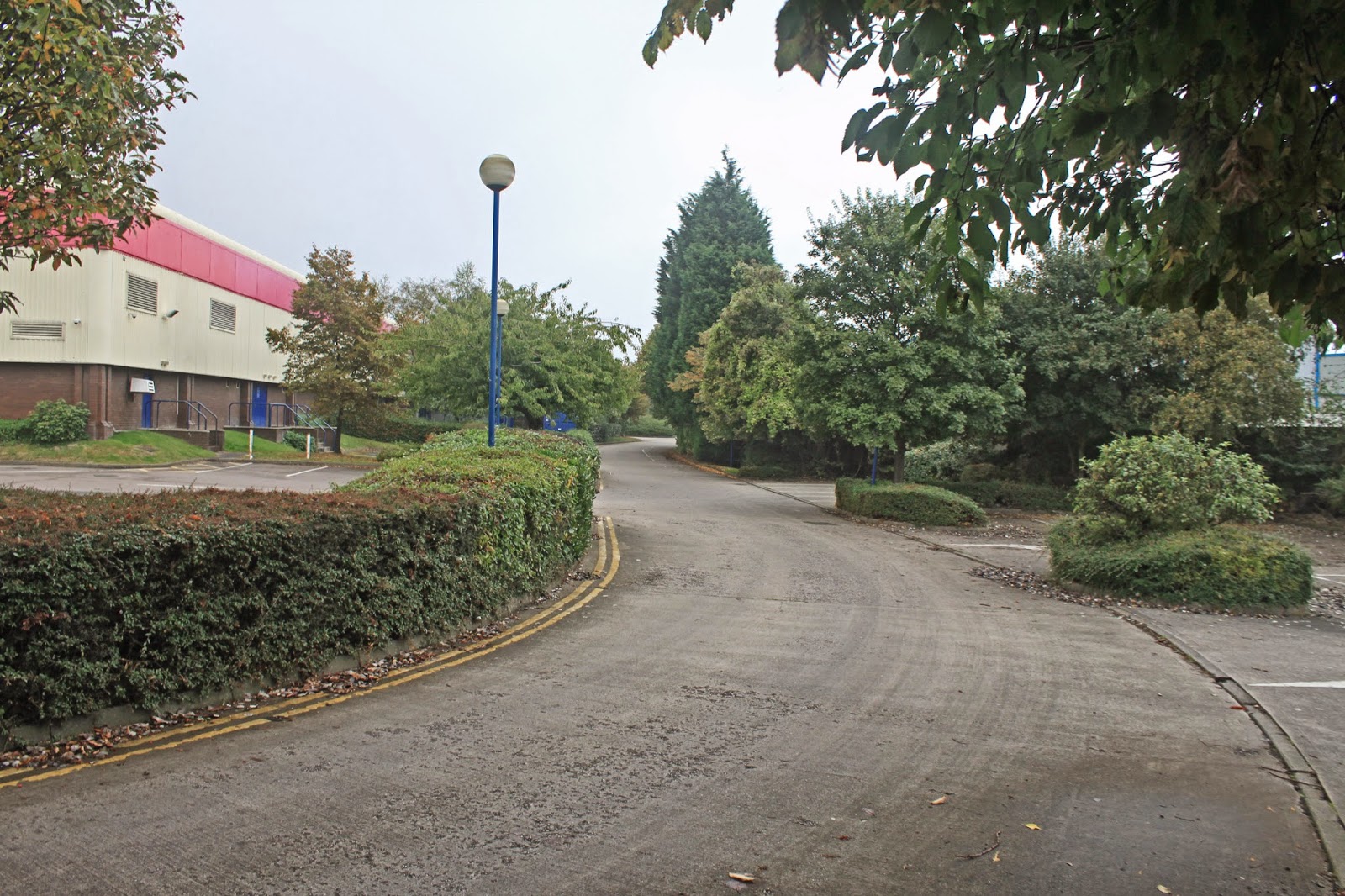 The canal was in water as far as far as the Oldbury Ringway till the 1980's at which time the old railway and its bridge was replaced by the new road. Today the route is covered by an access road to the rear of a Mecca Bingo Hall. From here the canal crossed The Ringway skirting by Judge Close where a road sign reassuring proclaims "Canal Street".

Proof that a canal went this way!

The Birmingham Street crossing represents something of a challenge. As far as I can tell the old canal bridge still exists but I would need an excavator to prove the point. Reference to Richard Chester-Browne's The Other 60 Miles indicates that the bridge and the buildings it carried were visible in the 1970's. The canal went under the road at the point the buildings are at their thinnest and when viewed from Judge Close, a canal width gap exists to the rear of the buildings. 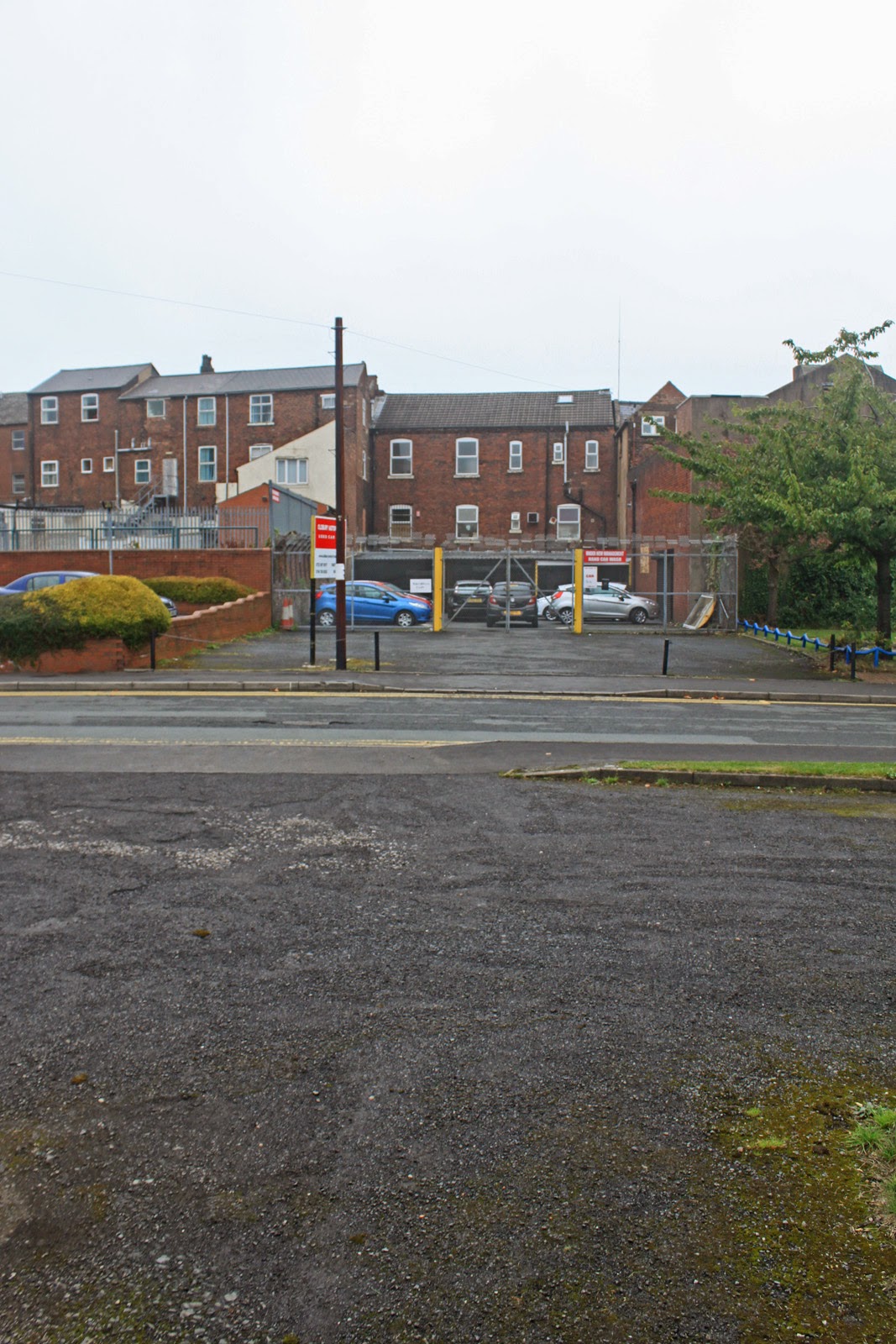 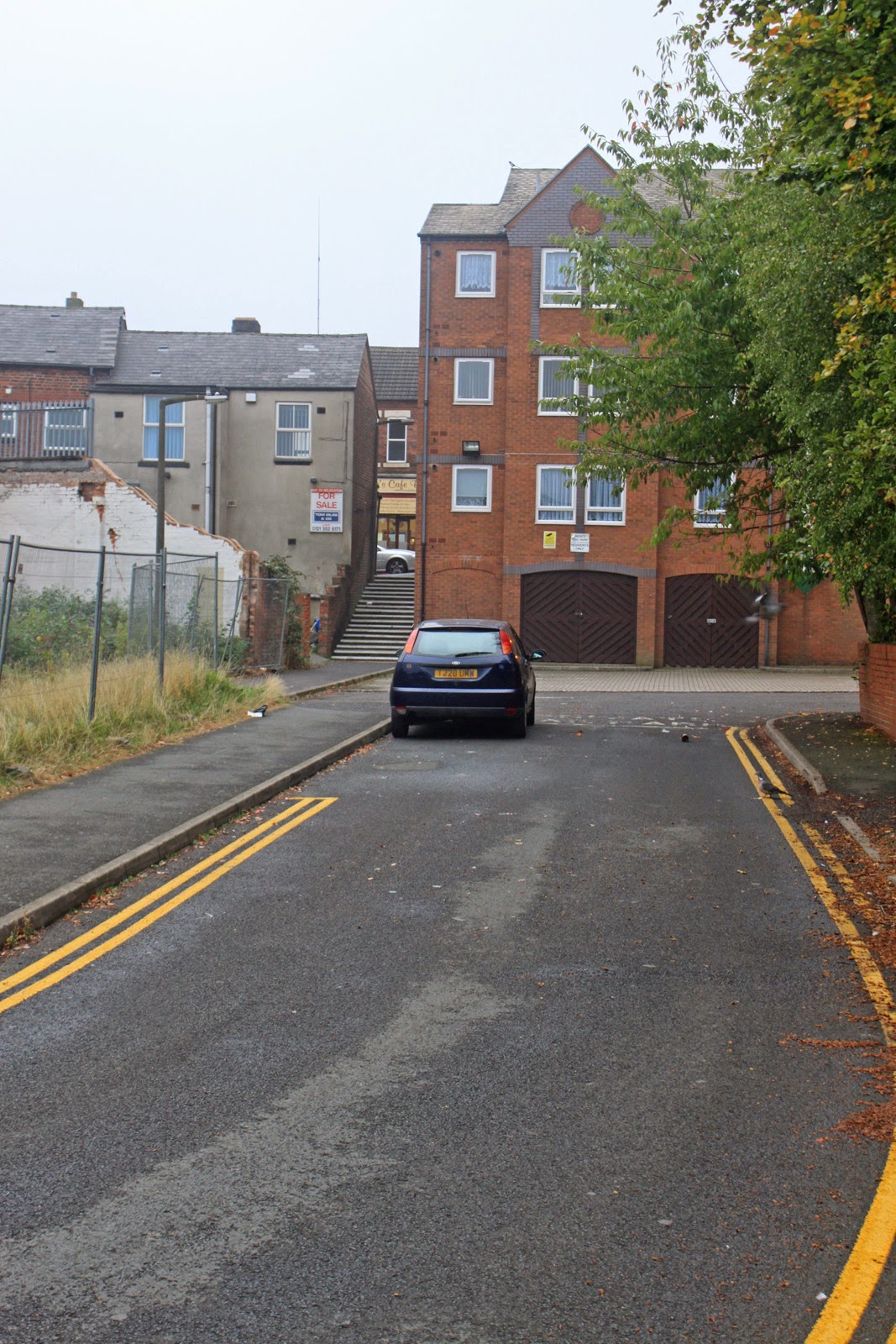 The two sides of the obscured Birmingham St Bridge

When explored on foot there is a very distinct hump in the road, often suggesting a canal bridge, and opposite a footpath descends behind some newish sheltered housing, tracking the old towpath. The northern portal must now exist behind the garage of the housing with the canal track continuing north beneath the new Health Centre and adjoining Primary School.
Posted by Andy Tidy at 6:44 pm

Excellent research. I too have been exploring the old Oldbury loop. Some great black & white aerial shots of the loop at www.britainfromabove.org.uk such as this one... http://www.britainfromabove.org.uk/image/epw046071?name=OLDBURY&gazetteer=OLDBURY&POPULATED_PLACE=OLDBURY&ADMIN_AREA=Sandwell&ref=37 The Oldbury Langley & Warley local history society facebook page also has some old canal pics where the loop passed under Birmingham Street.

Thank you for your informative reports, i have only recently found your your youtube channel and was very interested in the old Oldbury loop as i have been trying to trace some of my old family members without much success.
My dads mom's family were living on the loop before the 1930's but cannot find any information about them.
Information i have got is there name was Bowen and lived at 9 Canalside, West Bromwich Street.
From the 1911 census there was my great grandad Thomas Bowen a general canal boatman, his wife Matilda Bowen, son named William Bowen who was later known as uncle Billy, and Ethel Bowen who later died, then there was Eva Bowen, Polly Bowen who was my nan and Elsie Bowen. Billy Bowen later lived in Claypit Lane and also worked on the canals but i have no idea where or for who.
I am slowly trying to build up a history of my family but find it difficult, but your youtube video's and now this blog have helped a great deal.
Thankyou, Shane

Wolfcrafts - if you leave your e-mail address in a comment I have a detailed map of the area they lived in (near the Cart and Horses Inn) which I can send to you - I wont publish the message containing the address!!!!

Not seen a picture with the canal under the high street, it was empty when I was at school up the road at Albrights.
I can remember I think Woolworths was on top at one time.