Having completed the big push north we can take things a bit easier now, cruising for maybe four or five hours a day with days off from time to time. 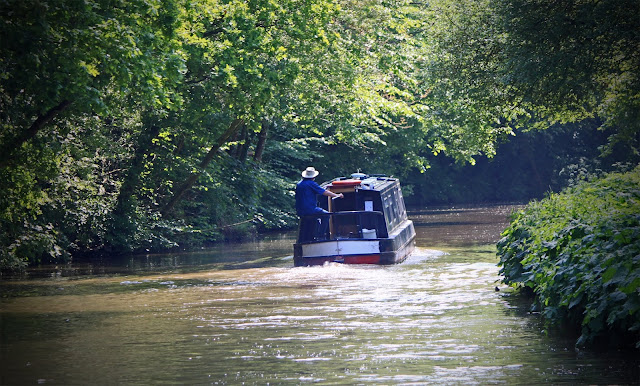 
We therefore set our sights quite low on leaving Middlewich and aimed to reach Anderton by mid afternoon on Saturday, about 10 miles away. I was amazed how few boats there were on the trip, and no one caught us up. Given the absence of boats I was more than surprised to see a brand new marina nearing completion in the flash near Davenham Road, and doubly surprised as the reasonably well established Orchard Marina just a few hundred yards to the north still stands half empty. 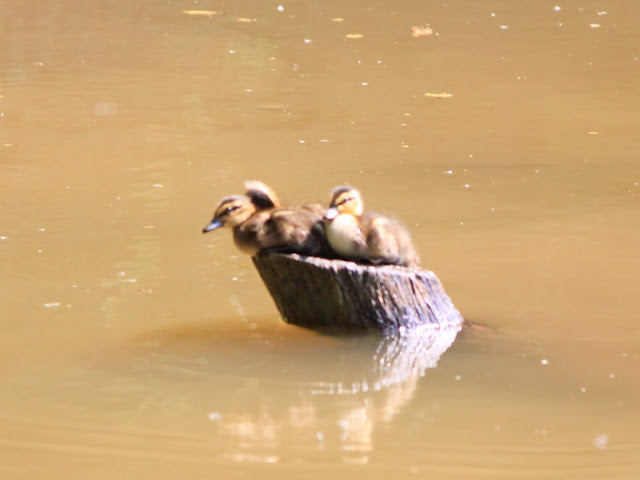 Thinking of "the north" we have been having a debate about exactly where this transition from the midlands is made. Helen's view is that Harecastle Hill represents this particular watershed, but I seem to recall Steve Haywood placing it a bit further north at Preston Brook. Answers on a postcard..... 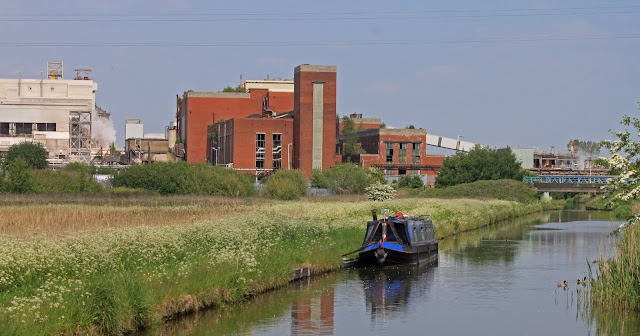 So, I made the transit in relative solitude, with most people probably staying indoors to watch the royal wedding. By mid afternoon we approached Anderton and with it came a flurry of hire boaters taking control for the first time. My defensive boating skills were tested to the full. 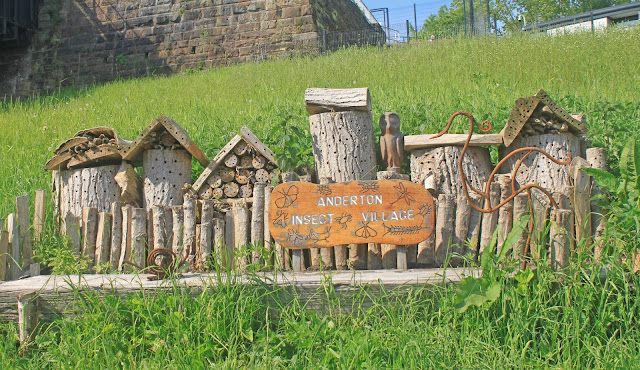 We rocked up at the top of the boat lift at about 4.00pm and noticed a bit of a kinked mooring was free right by the visitor centre, with a lovely straight bit suitable for the butty. Whats more, the notices in the centre advertised a 10k fun run on Sunday morning and a TVR rally in the afternoon. All this activity suggested footfall, so plans were altered and we decided to stay put for 24 hours. 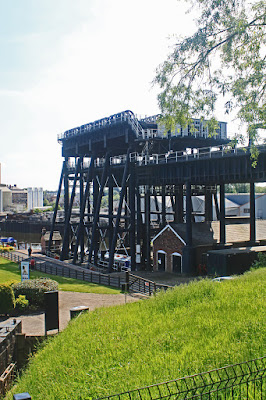 On Sunday morning I was  having a shower and kind of felt the thud of a familiar engine banging away and, sure enough, there was Mountbatten with Jellicoe in tow. The boat behind us soon moved off letting the working boats in and we both set up shop for what turned out to be a highly successful day. In fact, It was our most successful "non event" towpath trading day and boosted the coffers nicely. 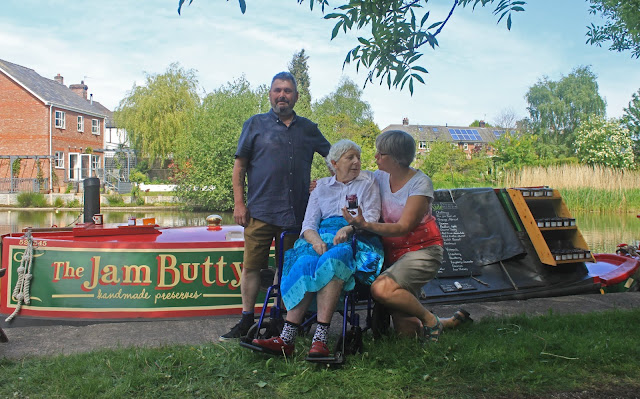 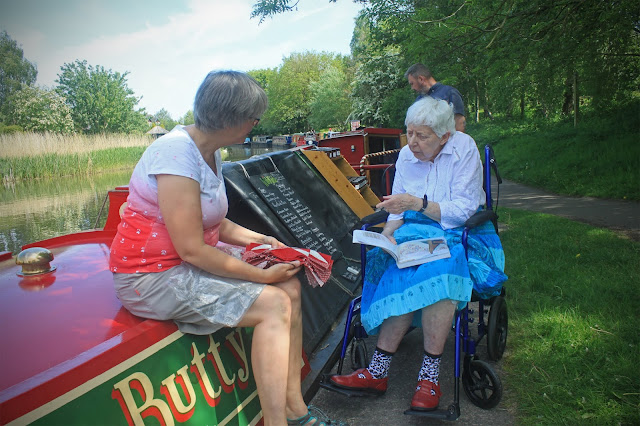 Aunt Margaret pays a visit - and leaves with jam!

The day also became something of a social whirl with Helen's aunt, uncle and cousin paying us a visit in the morning. Helen's aunt is wheelchair bound and the CRT guys marshalling the event couldn't have been more helpful both letting the car come to the waters edge and then allowing them to park it there, next to the race paramedics vehicle. Suzie, Jack, Alice and Robin arrived for a lovely long stay in the afternoon. What with the swans, the ice creams from the visitor centre and the playground in the grounds it was all a big hit. 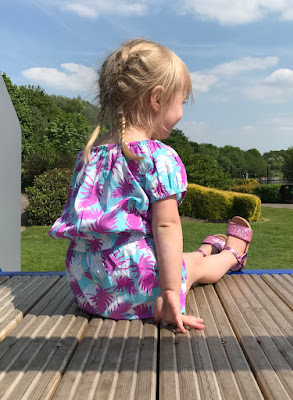 Big enough to enjoy the playground 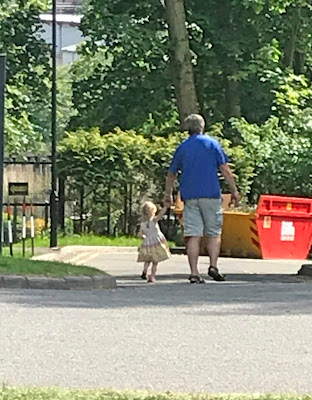 ... if accompanied by Grandad

In between all this socialising the sun shone and a steady stream of customers came to buy our wares. Not a bad way to spend a summer Sunday.
Posted by Andy Tidy at 9:02 pm