Tuesday was a modest days travelling, setting ourselves up ready for the move into Liverpool on Wednesday. 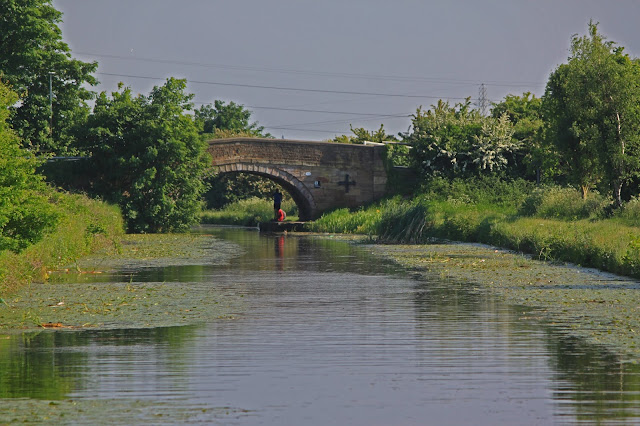 We set off from the junction with the Rufford Arm but no sooner had we started than we hit at snag at Crabtree Swing Bridge which had jammed in the closed positions with the bridge blocking the canal and the barriers blocking the road.

On being told that engineers had been called we tied to the landing bollards and settled in for a long wait, and then five minutes later and much to our surprise the bridge swung open and through we went. 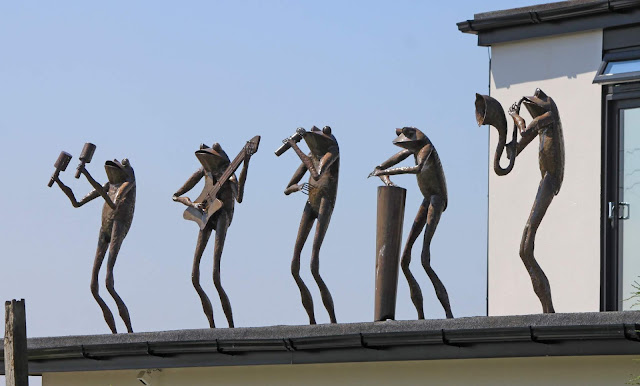 The last 20 miles of the Leeds Liverpool are quite unlike the Wigan area, with the canal sailing across heavily cultivated market gardening farms with irrigation systems watering the various crops. Hamlet after hamlet is passed, each with its own canalside pub and the intervening lengths are boat broad and long dog legging across a Lincolnshire like landscape but all the time moving resolutely south towards Liverpool. 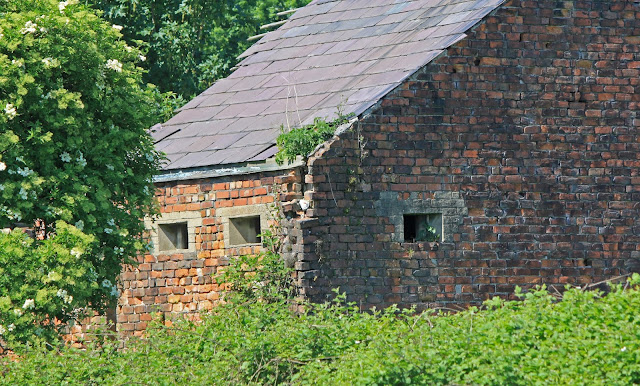 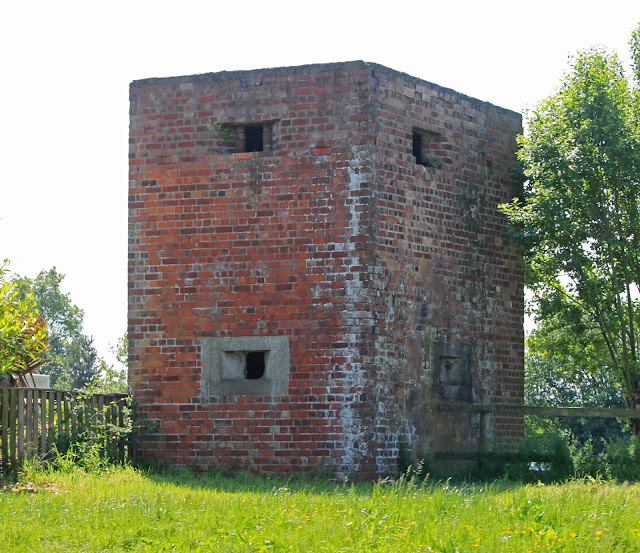 Maghull represents the last big town before the outskirts of Liverpool and we paused here to visit a supermarket. Maghull embraces the canal with the gardens all opening onto the water and a Maghull In Bloom organisation committed to maintaining the canal corridor.

However, it would appear that most boats turn at Maghull because as soon as we moved through the water lillies encroached into the channel. In some ways it was like the Rushall Canal except that the navigation channel is 14 ft wide on account of the wide boats which frequent these waters. We moored at Bridge 10 along with three others boats, which seems to be recognised as the last reliably safe mooring before entering the city outskirts.