Tunnel Vision - Anderton to Moore
May 2018

As you may have gathered from my previous posts, towing through tunnels has proved to be something of a nemesis. Yesterday offered plenty of opportunities to practice with no less than three tunnels between Anderton and the Bridgewater Canal at Preston Brook.

Having managed to get through all three without touching the sides was a bit of a triumph and something which provoked a word of compliment from Helen - and I didn't think she had noticed. The trick is to keep the front of the cabin exactly in the centre of the tunnel as straying even a foot from the mid line courts disaster. This exact approach is made even more  challenging by the sinuous line in two of the thee, caused by the canal builders being wildly out of line in some places. Keeping the bows in the centre means swinging the stern (and butty) to and fro like crazy but with lots of concentration we made it. 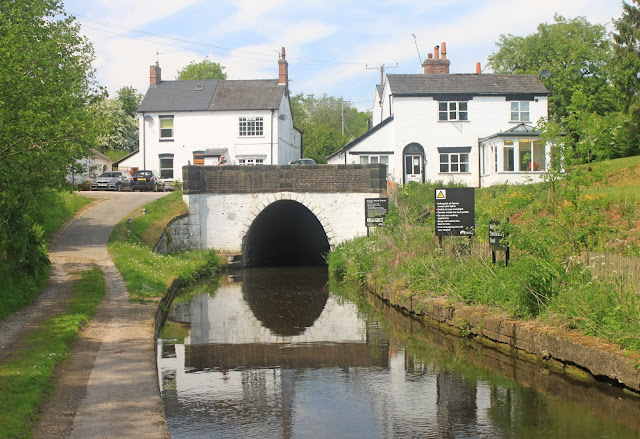 At each of the timed entry tunnels we were caught up by other boats and rather than subject them to my glacial speed of subterranean transit, let them through in front of us. At least that took the pressure off and they were out and away whilst I was still at the mid point looking at the arrows which point both ways. 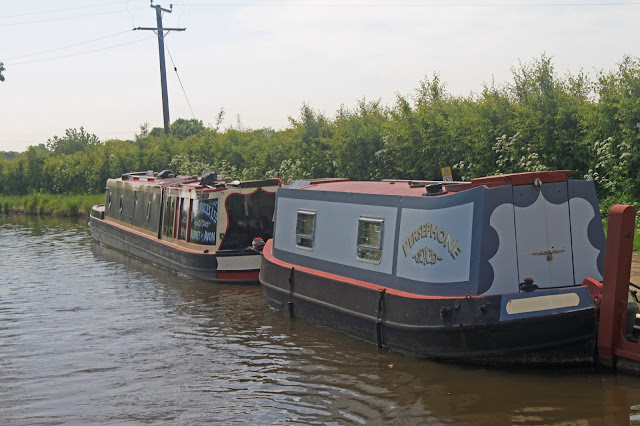 The Cut Glass Boat - but no one was home

We have, as you have noticed, been enjoying some cracking weather. I put this all down to the two bags of coal we bought from John Jackson on Roach - and I observed at the time that the purchase virtually guaranteed it wouldn't be needed! Had we passed on the coal we would have been shivering in our waterproofs for the last two weeks - you know I am right...

Waiting for the tunnel

Preston Brook offers a Midand Chandlers outlet and we took the opportunity to buy two extra LED lights to replace the rather puny nine bulb down lighters we installed a few years ago. They are dead easy to fit and offer masses more illumination in both the bedroom and the main cabin. At last I can read in the evenings. 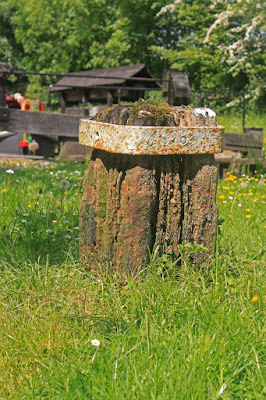 We hummed and harred about the Runcorn Arm, eventually deciding to spend the time at Anderton, which was very fruitful. Whilst we didn't go far up the Runcorn Arm we did pay it a short visit, at least as far as the water point where we refilled our tank after a big washday extravaganza in the morning. The tap wasn't exactly super fast and was so little used that I had to put in a mooring pin to hold us in place - not something you do too often on CRT waters! 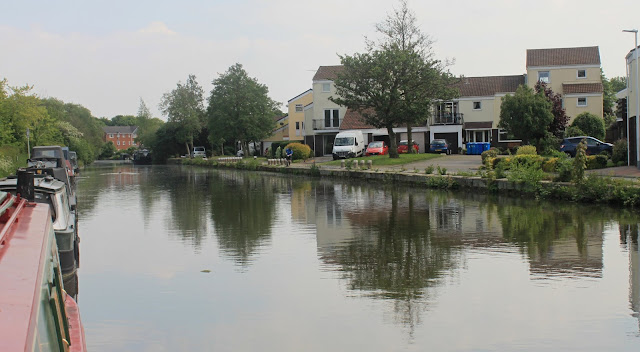 We spent the night in Moore, just beyond the Daresbury Research Laboratory - hopefully far enough away that the jam does not glow in the dark...

Tuesday saw us undertaking the first making session of the voyage, bottling 48 lots of Wild Garlic Vinegar, which have been infusing away in the butty for the last couple of months. Its good to get the preserve making ball rolling again and Helen is already setting me the task of making Raspberry and Rhubarb Jam whilst she is away and I am left in Castlefields, Manchester for a couple of days. 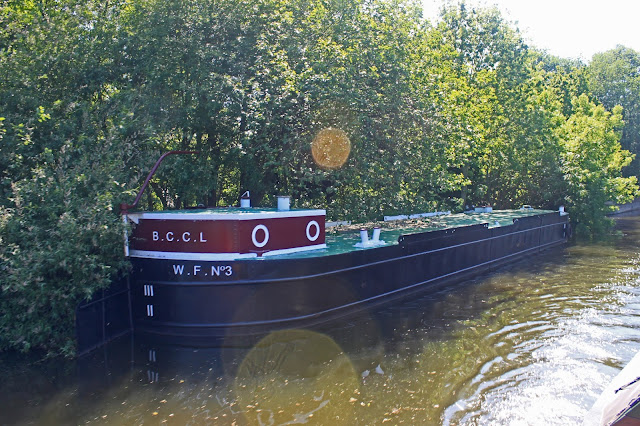 As we trundled through  Stockton Heath we were busy waving at a little girl on the towpath who did the shy wave back from behind her dad's legs, when he spotted the butty and asked us to stop and tell him what we had on board. One thing led to another and before we knew it he was walking away with 6 jars of preserves he didn't know he wanted. I love flag down sales more than any other.

Our boating movement was limited to the three and a half hours it took us to get to Lymm where, if all goes according to plan, some more of Helen's relatives will seek us out for a flying visit.