Completing the Staffs and Worcester

As you may have gathered, I am running several days into single blog posts because I really want to catch up and be posting real time. 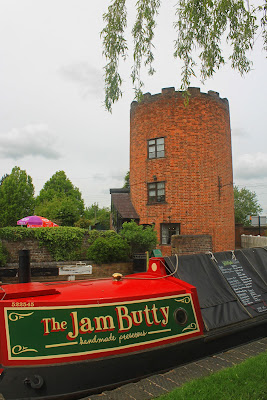 This post therefore covers three days and territory with which we are very familiar. So familiar that I don't bother with maps but make increasing use of Waterways Routes on line map service on my i-phone. I am coming to love this app (thanks for sorting it out Paul) which lets me carry the entire country's waterways in my pocket and is available at all times together with a GPS marker of our current location. Other boaters talk about distant locations and in a flash I have the app open and we are pinpointing the subject of our discussion. Dare I say I am becoming a bit evangelistic on the subject? 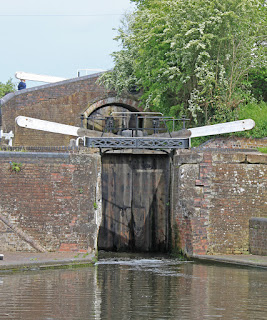 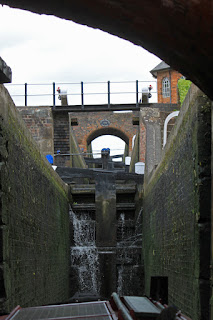 On Friday we made our way up the Staffs and Worcester, passing through the Bratch flight which are always something of an occasion. The afternoon was lovely so we pressed on to the summit pound and arrived at Oxley Marine (Autherley) at just after 5.00pm. Luckily they were still open and supplied both a diesel top up and a quick look see at our engine. Now there is nothing terribly wrong with the engine but it is a little bit more rattly and tappetty than is used to be and I was worried lest something was seriously amiss. 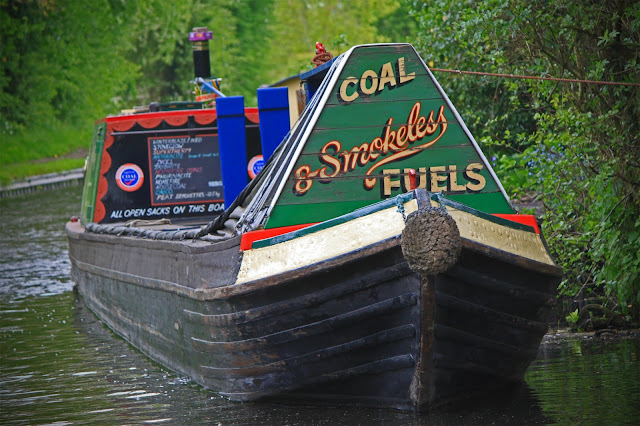 They gave it a knowing shove, removed the rocker cap and observed that like us, it is getting a bit older and it starting to tire a bit. The pistons are showing signs of wear exhaust gasses are passing the pistons a bit more than they used to. Nothing to worry about but we should expect a very slow decline leading, ultimately, to a new engine. I can't moan because it has already operated for nearly 7,000 hours without missing a beat and for the last five years the little Beta 38 had been pushing both a boat and a butty - and therefore operating a bit warmer than it otherwise would. I will keep changing the oil regularly and treat it gently. 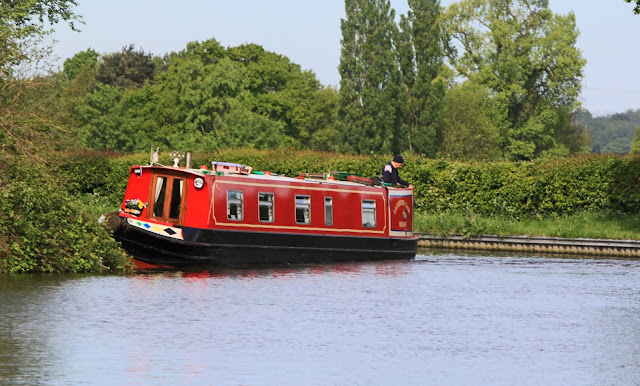 Stemmed up after a botched overtaking manouver!

In the event we moored at the Anchor at Coven, having a lovely meal in the pub and enjoyed what is probably our most used mooring over the years.

Saturday saw us leave after most of the assembled boats, but tailed by one with telltale antifoul indicating a northern origin. He was hanging just off the butty's elum and I called back to overtake on the next straight. He than started to overtake at once, on the wrong side, on a blind bend and unwittingly drove himself at full revs onto a notorious mud bank. Suffice to say it took him a whole hour to catch up with us again..... 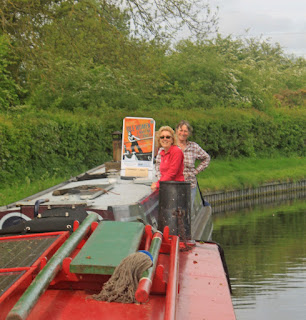 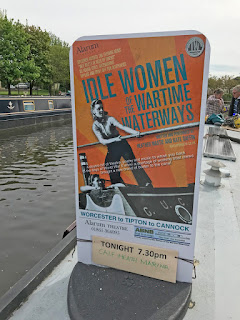 A moment of theatre

As we turned the corner at Calf Heath we came across Kate Staffin and Heather Wastie of the Alarum Theatre Company who were performing at the pub in the evening. I helped Kate with a few stubborn fixes on her boat whilst Heather made use of our ample hot water supply for a morning shower. 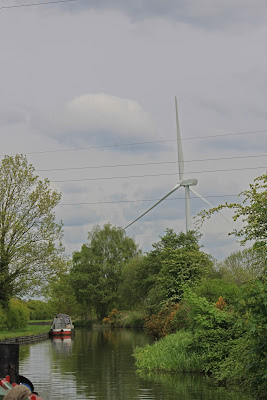 Then it was downhill through Gailey Lock and on to Penkridge where a number of satisfied customers sought us out and replenished their Wild Side stocks. Today was to be a day of lock landing numpties with one boat moored on the bollards below Penkridge lock causing mayhem for both us and the boat coming up. Barely 30 minutes later we were at Park Gate Lock having paid the Chandlery a visit and, as we approached the lock landing a boat jumped off the service bollards at Teddersley Marina and straight across our bows to the lock landing where they wanted to wait for 15 mins till the service bay came free again. They suggested I reverse back 2 boat lengths (with butty) and were more than a bit miffed when I insisted they vacate the lock landing and leave it free for its given purpose. Mooring on lock landings is one of my pet hates - as you can tell.

Then it was on through Acton Trussell and we moored just above Deptmore Lock, near Stafford Boat Club. 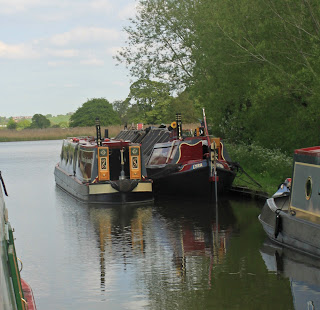 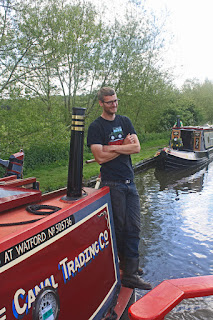 Harrier and Lyra at Tixall Wide

Sunday was a more gentle day with very pleasant cruising beside the Penk and then the Sow to Tixall where we met Kerry and Dan aboard Harrier and Lyra who in turn were moored behind Mountbatten and Jellico. It was something of a butty fest.

We carried on to Haywood Junction which had no mooring spaces available, so instead we turned north and found an excellent 70ft gap just north of the bridge and opposite the farm shop cafe. We will be spending a couple of nights in this spot so more about that another time.