Bank Holiday Boating to Parbold
May 2018

Its not every year that we have two scorching bank holidays in May. Mind you, pictures from Birmingham suggest that whilst we were basking under cloudless blue skies on Saturday, much of the south suffered extreme thunderstorms. 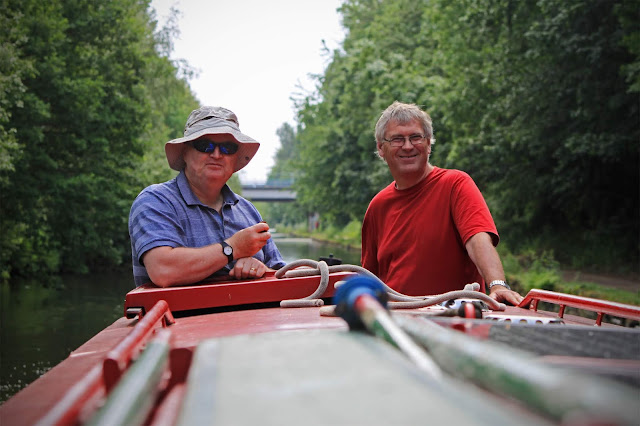 
However, to go back a bit, our friends Andy and Fi came to join us on Friday evening. They left their car at Leigh and took a taxi to Castlefields, where we caught up on the news before we retired to the bed in the butty. The butty has an ok bed, but I forgot to take any antihistamine and that coupled with a small bed meant I had a sub optimal nights sleep. I cant complain about the surroundings because much to our surprise it was really quiet. 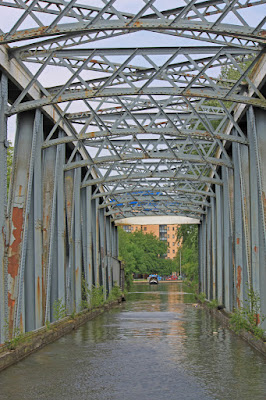 Saturday saw a 9.00am start and an abortive attempt to use the Castlefields elsan - forget it - its a  non standard lock. 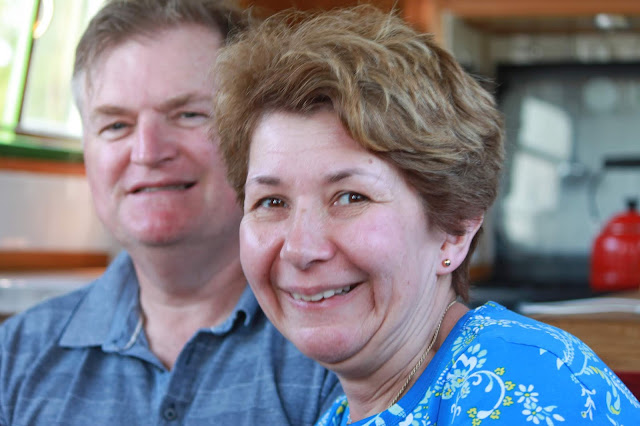 Then it was out to Waters Meeting and north up what was the Bridgewater Mainline past Trafford Park and over the Barton Swing Aqueduct. We were now into new waters, as we will be till we reach the Aire and Calder in a months time. Worsley offered both an elsan opportunity and some good photos of the entrance to the navigable mines which extended for 100 miles. 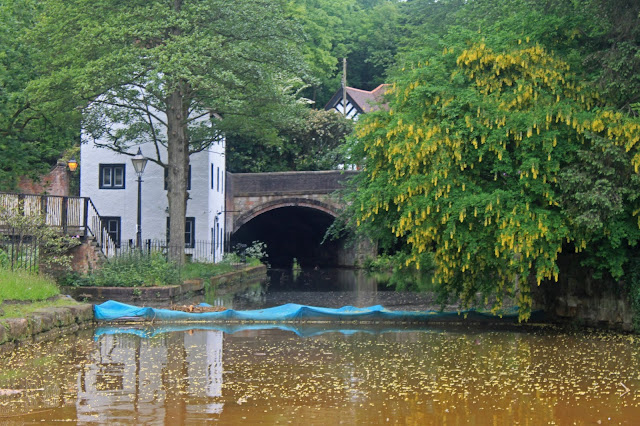 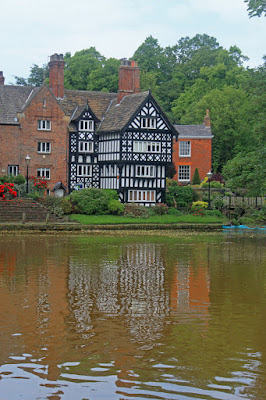 I think its fait to say that mining has played a massive role in the canal all the way from Barton to Wigan, with  flash lakes surrounding the canal and embankments built to combat the subsidence evidenced by layer after layer of extra cement on the canal walls. 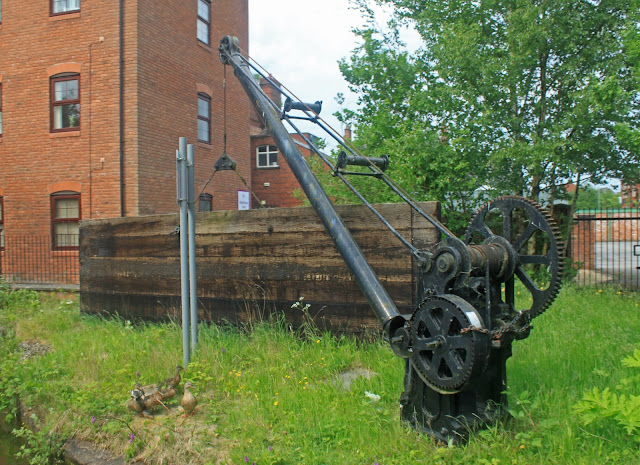 We pressed on to Leigh where Andy and Fi;s bags were offloaded, along with my now redundant mountain bike. We carried on to Pennington Flash where we met up with Jack and Heidi on the Pirate Boat. We walked back to The Waterside Pub which us under new management and offered both friendly service and keenly priced food. 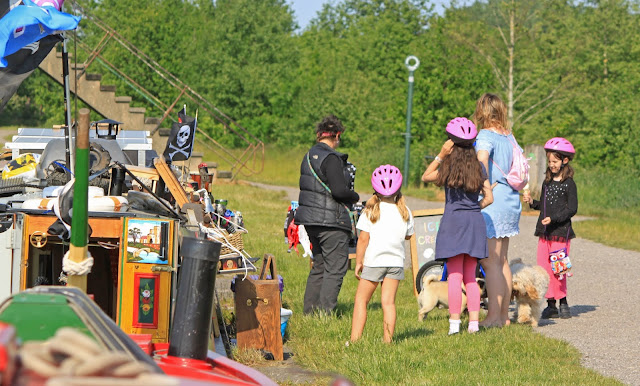 Sunday was a non moving day and we set up our small display alongside the Pirate Boat, and were rather surprised at the amount of jam we sold as word went round the locality. We took the opportunity to make 24 jars of Strawberry, Rhubarb and Vanilla Jam and whilst it was sunny, it was also very windy. With rain clouds threatening we closed shop at 4.00pm. 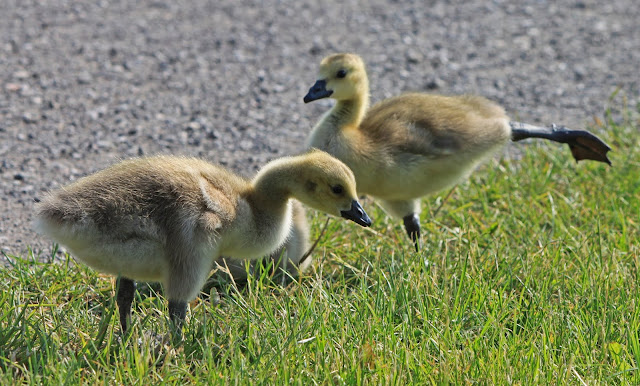 Monday was to be a big day and with temperatures forecast for the mid 20's I decided to be off by 7.00am, adding some water at Plank Land Bridge but cutting the refill short at 7.50 because the bridge wont work between 8.00am and 9.30am. I sneaked through on the dot of 8.00  and as a result has no one behind me all the way to Wigan. 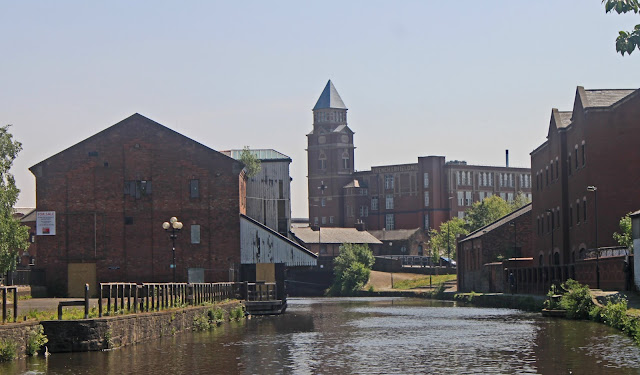 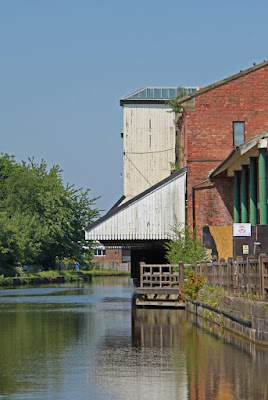 I did get a bit puzzled at Dover Locks and spent a while looking to possible sites for a locked arm. It turns out that the subsidence has been so severe that the canal has dropped making both locks redundant. The chambers remain but look like stop locks with the gates removed. Mining waste has been used to build up the levels and the the two lock rise has been moved into Wigan. 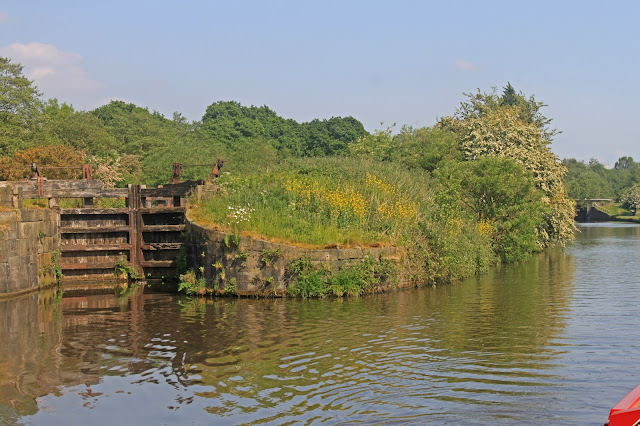 Locks came as a bit of a shock to the system with two up and six down, with us linking into the western 30 miles of the Leeds and Liverpool Canal. 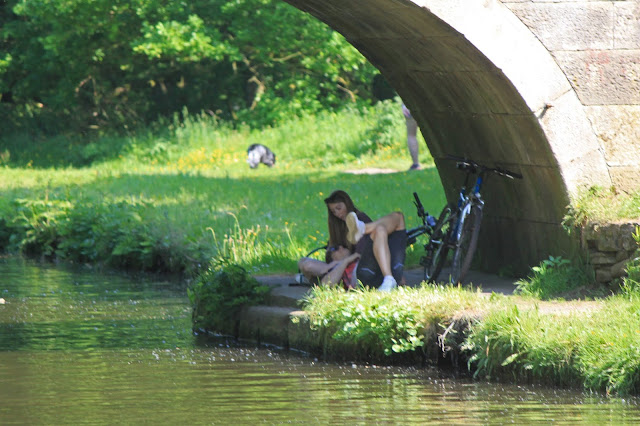 Lazing on a Monday afternoon

The canal out of Wigan and down to Parbold was lovely, threading its way down a small tree lined valley. Beyond Parbold the canal opens out into farmland and suddenly we find ourselves in the land of the fat boat. All very reminiscent of London! 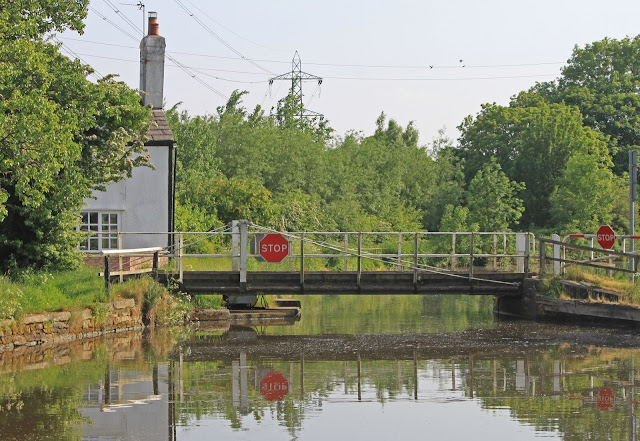 In the end we pressed on almost to the Rufford Arm Junction, and the 11 hour day today means an easier on tomorrow as we make for bridge 10, and our booked passage into Liverpool on Wednesday.
Posted by Andy Tidy at 10:34 pm

No Elsan at Castlefields Basin - there isn't one shown on my Waterway Routes maps - my maps were updated as soon as it was removed, a long time ago. You haven't been relying on out of date paper maps from another supplier - have you? Tut tut.

And why didn't you ask for the latest version of my maps before you set off cruising this year so they would be even more up to date? Monthly updates keep them up to date - if only you ask.