Back to Blisworth
August 2018

Its hard to believe that my last blog on our travels way way back at Soulbury, south of Milton Keynes. This absence has been due to a mix of familiarity with the route, a busy time making new stock and most significantly the woeful sate of our battery bank, The batteries were new about two years ago but they were cheap and the mix of failed alternator last year and the prolonged heat this summer has caused them to to be over taxed. I suspect that they are coated in sulphate and a new set is beckoning this winter. The snag is that in hot weather the batteries are barely able to supple the fridge and freezer overnight and sucking a few amps to power the laptop has been a luxury we couldn't afford. 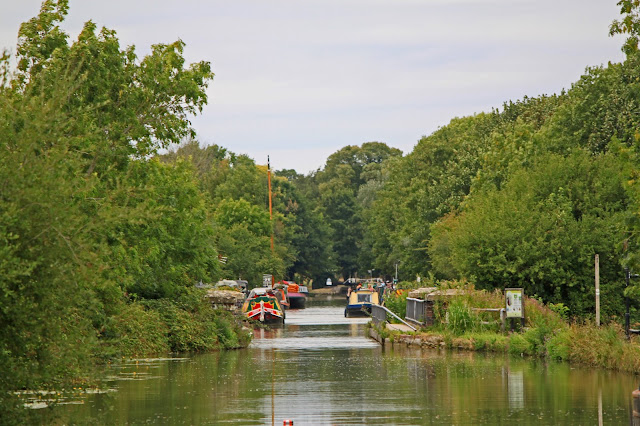 A return to Cosgrove

From Soulbury we paused in Fenny Stratford for a couple of days, making lots of Blackberry Wine Jam and catching a bus into Milton Keynes where we picked up a copy of Land Love magazine in which we feature. The nice thing about Fenny is chewing the cud with the skipper of Wol, who is temporarily moored on the 48 hour mooring whilst the residential spots opposite are upgraded. 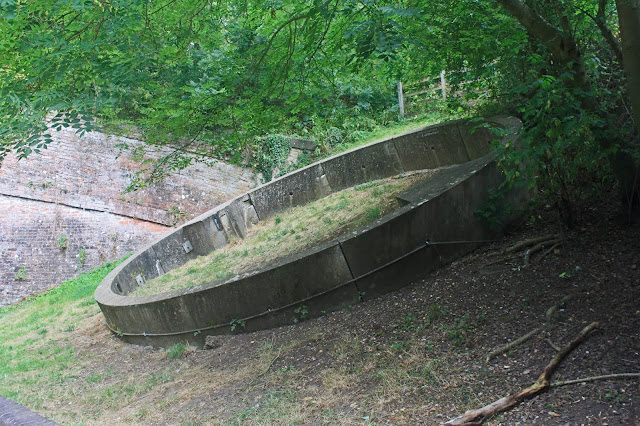 Spare lining ring left over from the 1980's repair

From Fenny it was back to the embankment moorings at Cosgrove where we rode out some poor weather and, you guessed it, made more jam. This time it was Mirabelle Plum made from the few mirabelles we found along the route plus some more marmalade as stocks are running low. 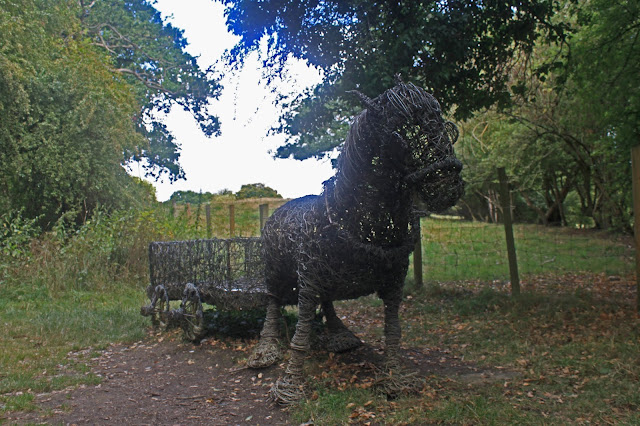 In reality we were dawdling, killing time before the Blisworth Festival but eventually we headed north again mooring up for a couple of days in Stoke Bruerne, seeing Kathryn Doddington who armed us with masses of New Zealand books. I also took the opportunity to have a good look at the southern portal of the tunnel, watching the boats come out like a real gongoozler. 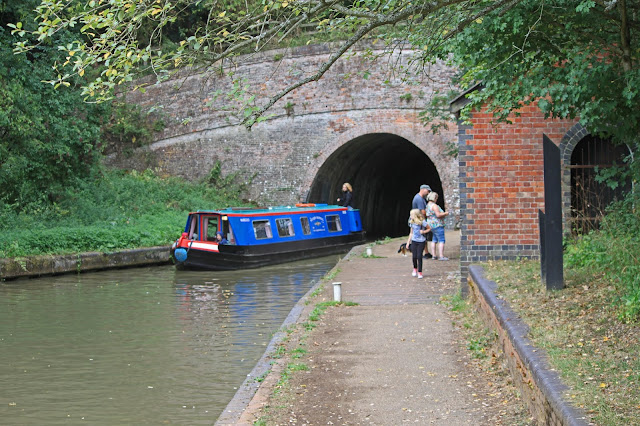 Finally, on the Thursday we made our way through the long Blisworth Tunnel and were not overhauled by anyone, which was good. We continues to Gayton Junction where we watered, dumped rubbish and crucially used the elsan before winding and returning to our usual spot beside Candle Bridge. 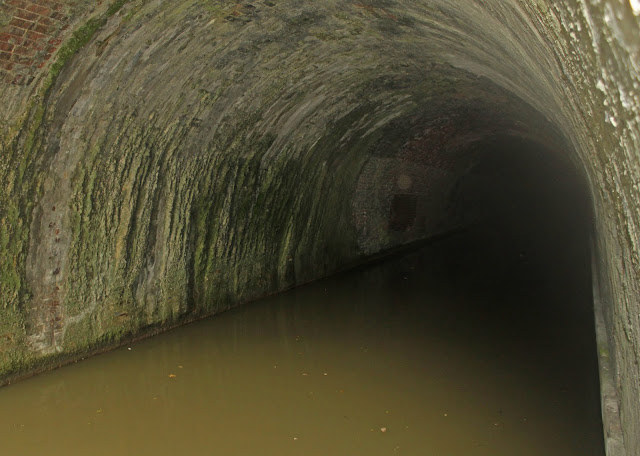 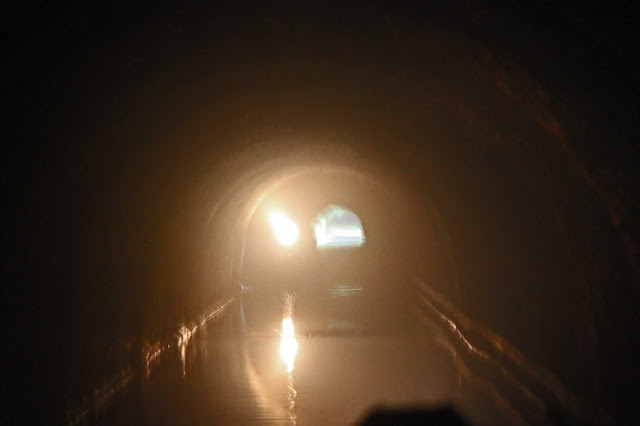 Passing another boat at the Blisworth end
Posted by Andy Tidy at 6:30 am