If you ask people to name the canal centre of England they are likely to reply Birmingham. Not a bad reply, but as it happens, quite wrong. Tipton is, without doubt, the epicentre of the canal network. A rain drop falling into the canal in Tipton can find its way to the sea by travelling north, south east or west and truth be told there were plenty of drops available this weekend to test the theory. 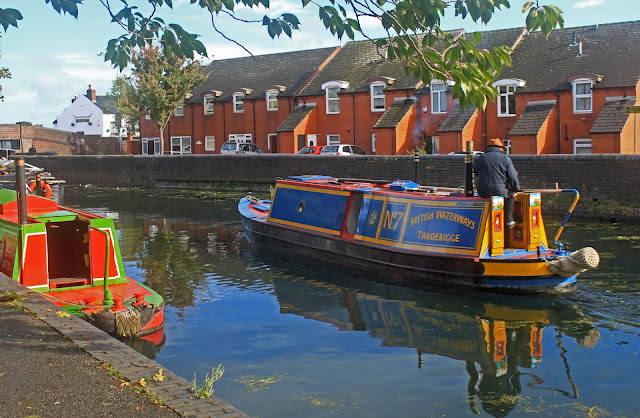 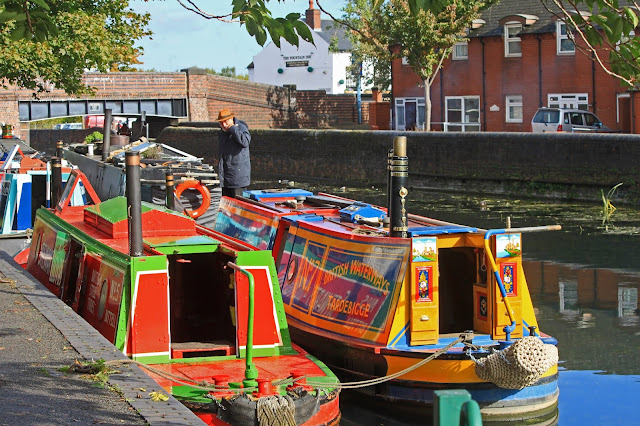 Tipton's festival falls conveniently between the Black Country Boating Festival last weekend and the end of season Historic Boat Gathering at Parkhead next weekend, so a number of traders are covering all three and becoming very familiar with the Netherton Tunnel in the process. 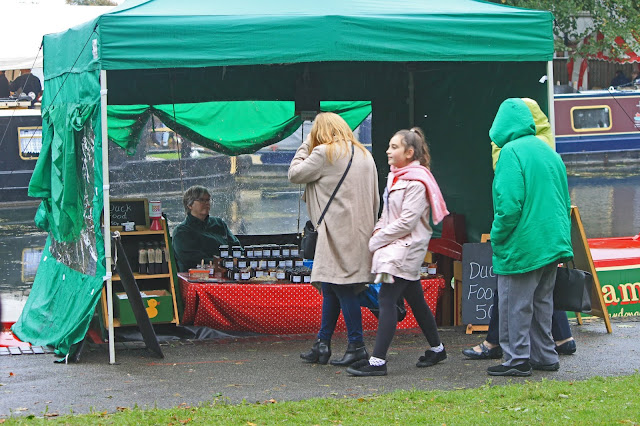 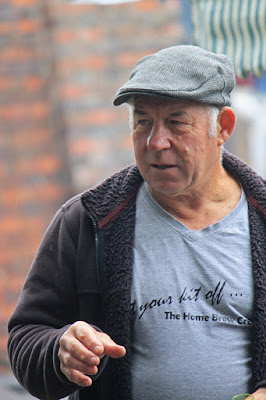 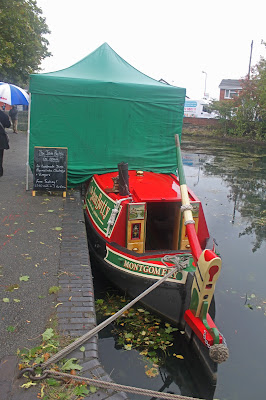 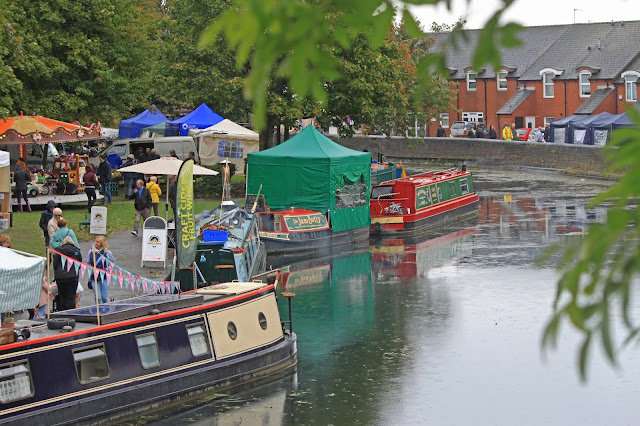 Trading in the rain

Tipton lies at the heart of the Black Country and I think its fair to say that it is something of an urban village, with a strong sense of its identity. They welcome strangers with a surprising openness, but I suspect you have to live there a lifetime to be considered a true Tiptonian (or is that a Tiptonite?). 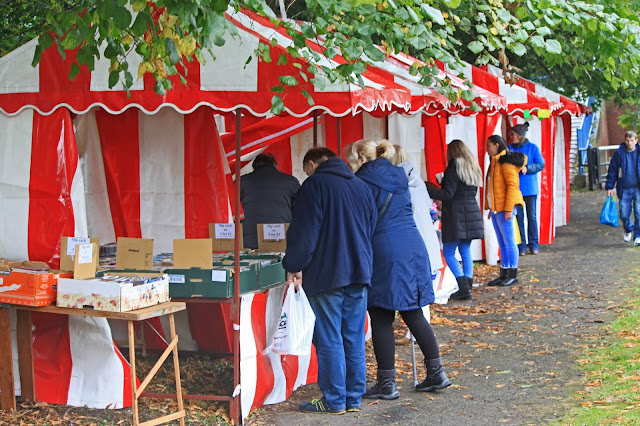 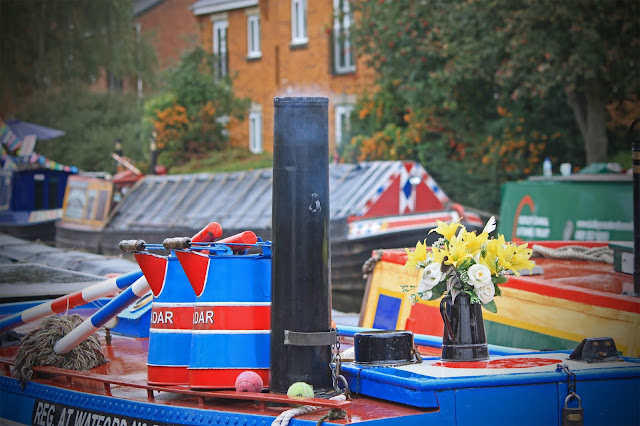 We arrived in the wind on Wednesday and hunkered down to see out the rain on Thursday, at the same time taking the opportunity to catch up with some friends who moved to the village a year ago as Curate.We emerged with the sun on Friday afternoon to get the stall set up ready for the weekend, the forecast suggesting a fair day on Saturday and non stop rain on Sunday. 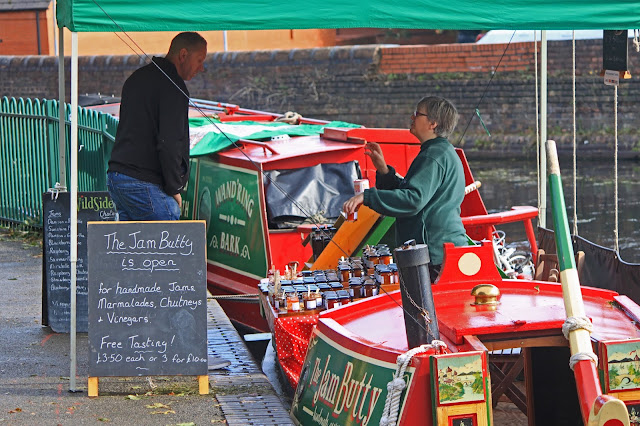 As it turned out the Met Office got it completely wrong and no sooner had we erected the gazebo on Saturday morning than the rain blew in and before we knew it we had three sides around us and the rain was lashing down. We don't like putting the sides on the gazebo because it wrecks the look of the butty and cuts us off from the crowds, but without them we would not have been able to trade at all. We were surprised how many people braved the elements and whilst the day set no records in terms of sales, we had 2/3 of an average day. Some of the other stallholders hung in there to the end, but by 3.00pm there was a queue of cards trying to get out of Coronation Gardens. 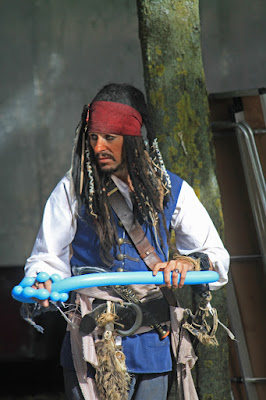 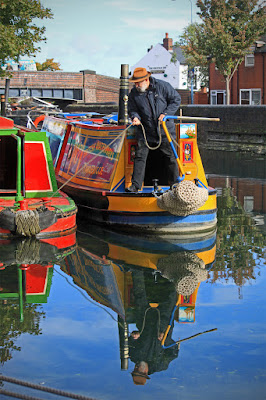 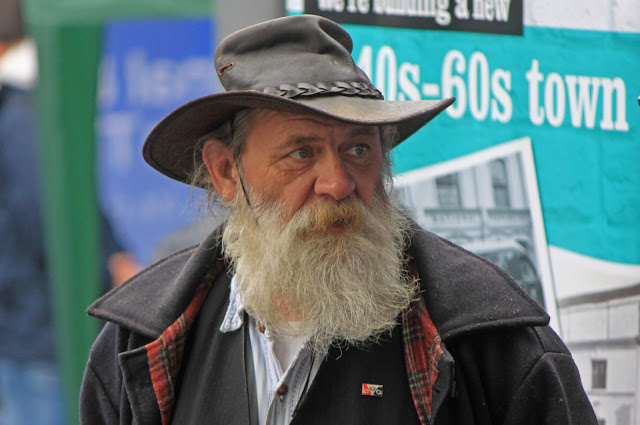 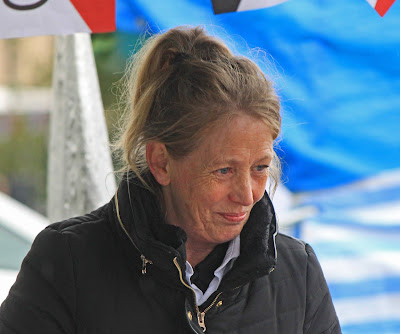 A clutch of Black Country regulars

Sunday, which was supposed to be wall to wall rain, turned out to be mostly dry, but with a sharp northerly wind which prevented the temperatures rising out of single figures. The long hot summer is just a distant memory and the sad reality is that with the autumn equinox upon us we have started the relentless slide into winter.

We were slightly surprised to see Santa's sleigh wheeled out for the occasion, but then its presence was supplemented by the rocking pirate ship and swing roundabout both of which dispensed large amounts of bubble snow to enhance the festive feel. 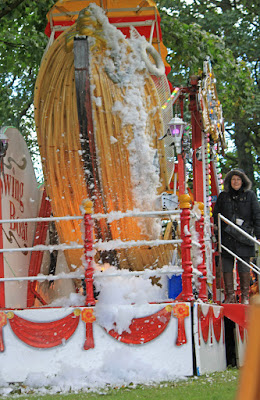 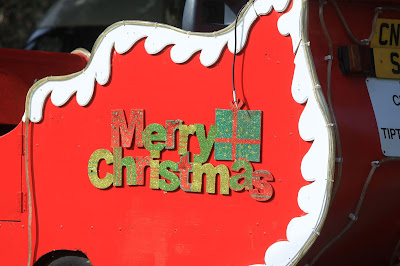 As is so often the case, Sunday brought larger crowds but they were here to look and browse rather than buy. 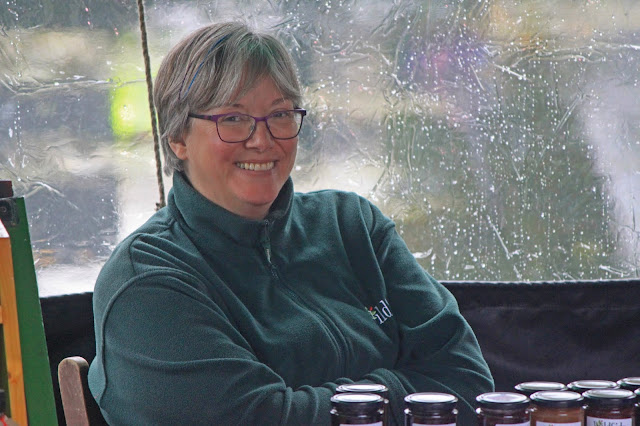 Smiling in the rain

But we don't simply judge and event of sales. We also take into account the ambiance and whilst the organisation of the event was a bit here and there, the village carnival feel was positively lovely and is one we would like to include in future years plans.
,
Posted by Andy Tidy at 6:30 am