Well, this is a title which will confuse readers who are not familiar with the BCN. 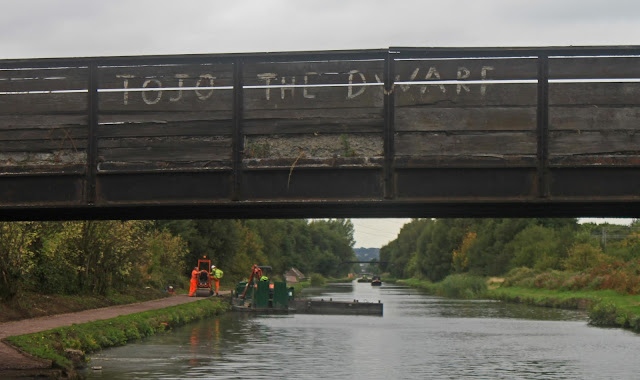 Out on the New Main Line Canal to the east of the Gower Branch there lies the Union Furnace Bridge, which used to stand at the end of the now lost Union Branch Canal. In all ways it is an unremarkable and dilapidated structure with wooden side panels gradually succumbing to the pull of gravity. But it does have one remarkable attribute - it's graffiti.

Now don't get me wrong, few bridges on the BCN are without the touch of the illicit paint brush, but this one bears the simple legend "Tojo the dwarf" in crude grey lead paint.

Plodding up and down the interminable straights of the New Main Line at 2.3mph give a man time to think and reflect. And so, on my way to Bumblehole I passed the reference to Tojo the Dwarf for the umpteenth time and wondered who or what was Tojo.... And then John Jackson (Coal Boat Roach) posted a picture of said bridge and I asked the question. The hive mind of the BCN enthusiasts sprang to work and offered a number of suggestions. The one I really liked was that Tojo was a railway track worker who was a bit on the short side. It appears that he had a habit of saying " I told you", which lead to the nickname. If that leaves you scratching your head try saying "I to jo" in as good a Black Country accent as you can muster, and you will get there.

As for the age of this scribble - it certainly dates back to the early 70's and may even be of a late 60" vintage. Photographic evidence is being sought by the hive.

As an addendum to the above it has been brought to my attention that Tojo was previously used in WW2 as a racist reference to the Japanese Prime Minister Hideki Tojo, who ordered the attack on Pearl Harbour. It was widely used in US propaganda but died out after the war. 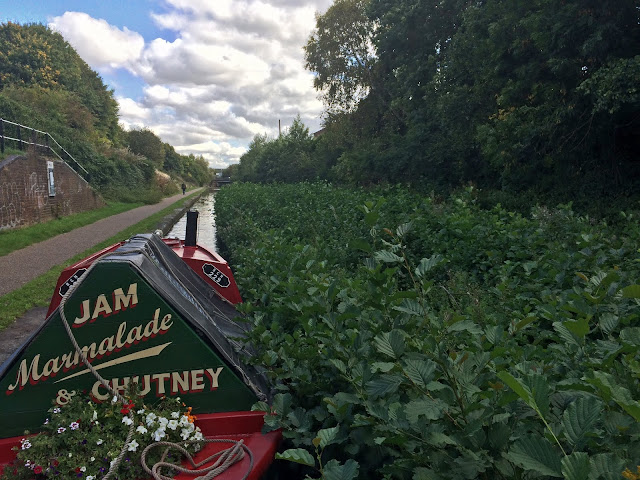 Smethwick Toll Island - the clear side

Anyway, I seem to be doing a lot of trecking up and down the New main Line at present and used the canal to get us back to Birmingham from Netherton. This time I achieved an almost unprecedented clean pass through the tunnel, touching the side only when passing oncoming boats. Netherton is a bit of a nemesis tunnel for me, but this time instead of having companions behind me (Barry and Sandra followed us in the east west leg) I had companions in front. The work boat Phoenix had been brought round boaded with logs and bound for Alvechurch, and popped into the tunnel about 15 minutes ahead of us. By the time I had winded (turned round) and followed them in they were about 1/3 of the way through and had wound its engine of to its high whine maximum. Phoenix is a bit under powered and howls its way through the tunnel - you could be forgiven for thinking an aircraft was flying through. Even as they reached the far end and I was a mile behind them, I could hear nothing of the engine under my feet. And then silence, but they leave behind a legacy of fumes which fill the bore turning the ever expanding arc of light into a blood red semi circle. Apocalypse ahead, paradise behind. 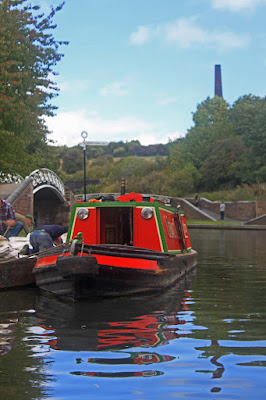 Before we left Bumblehole we had the unexpected delight of watching Bittell being used to move chairs to Parkhead, steered by Steve Bingham. Bittell belongs to the Dudley Canal Trust and starred in the Peaky Blinders series covered in sacks. This is one of the Stewart and Lloyds tugs and had been the recent focus of a lot of restoration effort, having sunk due to a rusty bottom. 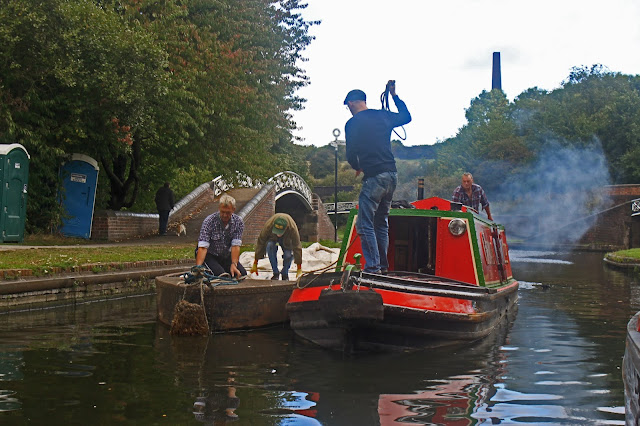 One feature of the New Main Line is its series of toll islands with narrow navigation channels on both sides. Both channels should be navigable, but the offside vegitation sometimes prevents access. Being a bit gung-ho I decided to have a go at the offside channels on the way back to Birmingham and all were still deep enough, although the one at Smethwick was very overgrown and I churned up a lot of silt as I crept through. I am coming back each week for the next two weeks so I will persevere and see if my passages makes things easier. 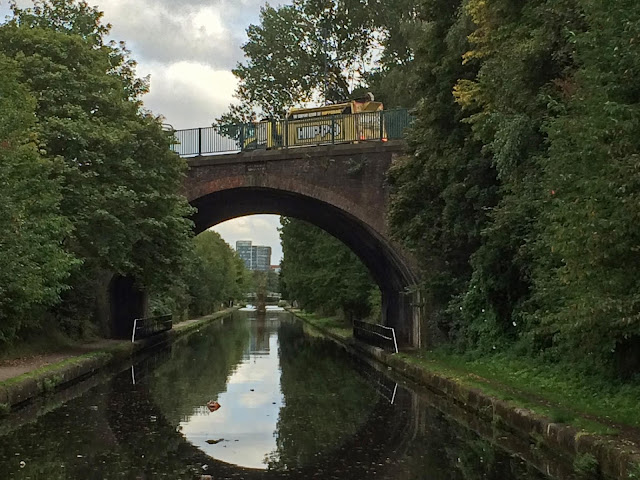 The last mile into Birmingham

And so we find ourselves back in Birmingham where I refilled with Diesel at Sherborne Wharf (80p). We are moored just inside the Oozells Street Loop by the fitness center, a secluded little spot covered by the local CCTV system and patrolled by security guards. It was here I was reunited with Phoenix which I moved along a bot to give us a 70ft mooring. I have to admit that I coveted the log pile in the hold - but I resisted temptation! 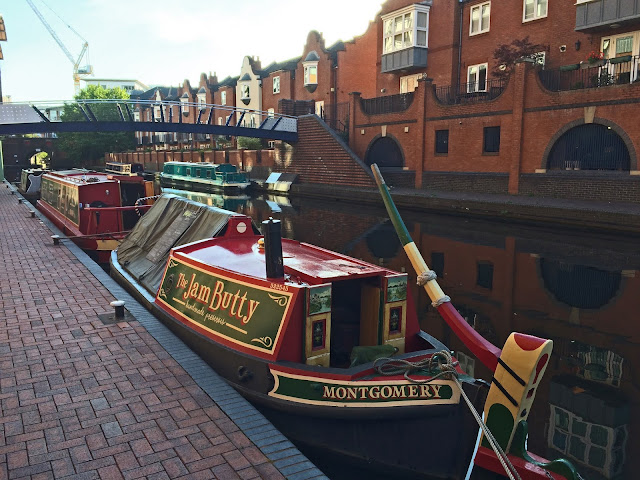 Our mooring for the next couple of days
Posted by Andy Tidy at 6:30 am

Next to the same railway line at Bushbury Junction (north of Wolverhampton), is the legend "TOJO THE GRASS" in the same paint (under the road bridge on the right hand side of the track as you head towards Penkridge). I too have been intrigued by the TOJO THE DWARF graffiti, but after seeing TOJO THE GRASS too, I have to wonder if there is any more TOJO graffiti around? And who is TOJO?

I will have to keep my eyes open for more versions - the Dwarf on is the only case I know of locally.

There was also one alongside the nearby railway line, I think near Dudley Port station. Some sort of Brickwork box next to the line, it just said TOJO. It was there when I started that commute around 15 years ago but think it has been painted over since

There was also one alongside the nearby railway line, I think near Dudley Port station. Some sort of Brickwork box next to the line, it just said TOJO. It was there when I started that commute around 15 years ago but think it has been painted over since

At the Patent Shaft steelworks, Wednesbury, according to legend, there was a fitter known as Tojo, who had a fitter's mate called Dobi. Dobi and Tojo - the names were well-known. Tojo always said, "Tojo that wor gunna fit," or similar. Dobi always said, "Dobi a prat" or similar.