The BCBF represents a fixture in our boating calendar, and is one of the busiest two day events of our season. 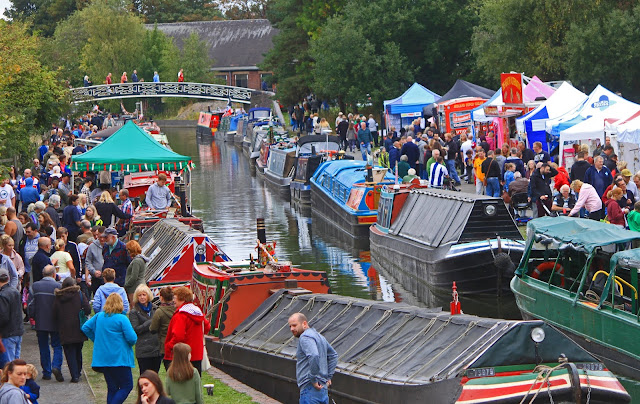 The main canal (Dudley No2) through Bumblehole

For those new to the blog, the Black Country Boating Festival is held at the Bumblehole Local Nature Reserve which is located at the western end of the Netherton Tunnel and consists of a tangle of canal arms and basins surrounded by the greened over traces of the heavy industry which used to occupy the site. 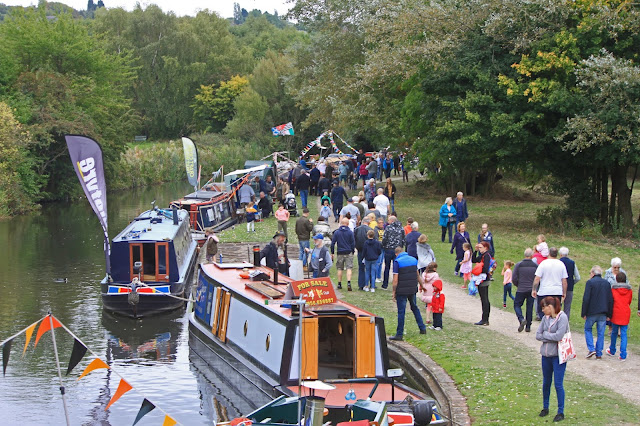 The Arm to Hawne Basin

Bumblehole has hosted a big canal festival here for the last 33 years and we have been attending for the last eight. As its out local festival it offers an opportunity to catch up with our boating friends but as it is such a busy weekend trade wise, we tend to have to wait for them to find us. 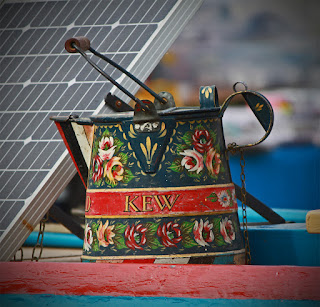 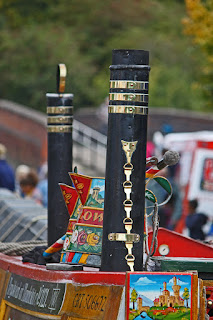 One feature of the event is it's inclusion of a set of unique tugs, which were used to tow trains of open day boats between the local factories, collieries and railway interchange basins. I have to admit that I do have a bit of a passion for these little tugs, and this year we had Bittell, Governor, Tardebigge and Caggy in attendance, parading up and down. One benefit of being stuck on the stall is the fact that I get a great location to take photos of the tugs and their skippers. One particular moment this year was when Governor came past steered by her new owner and at the same time her last owner was at our stall tasting jam! a rather special moment as the baton of ownership of this classic craft passed from one generation of enthusiast to another. 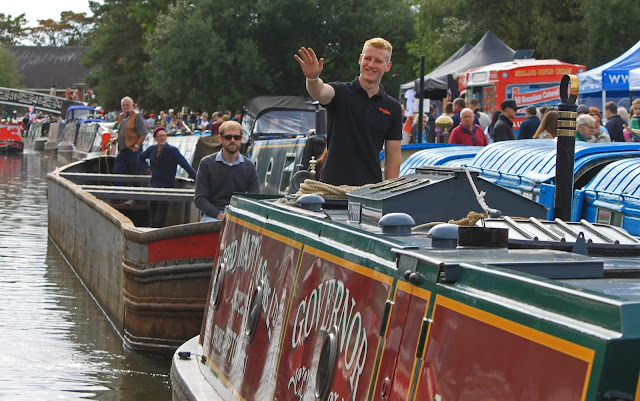 The new skipper greets the old

The show itself was a little more contained than the last few with the second  stage brought into the main arena area, but the diversity of acts was remarkable. I particularly liked the Indian drum players on Sunday who's unique performance had the crowd up and clapping. Even the lady Mayoress seemed to get caught up in the moment. 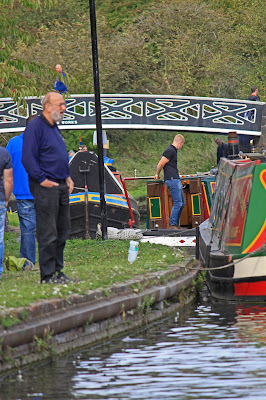 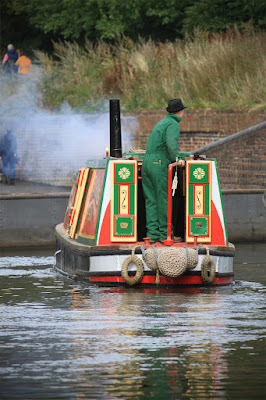 BCBF is immensely popular with the local population who flocked to the site in their thousands. The weather stayed dry to the very end and from an attendance perspective I suspect it was up these with the best of them. The good people of Netherton certainly like their jam..... 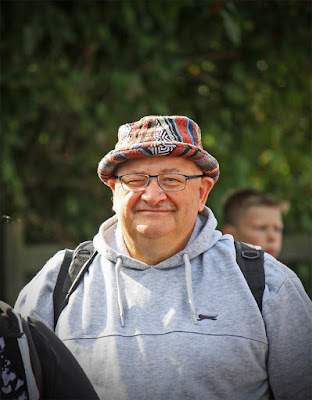 The closing of this event brings us to the inevitable conclusion that the season is coming to an end. There are just two more events in Tipton and Parkhead on successive weekends and then its back home for the winter - where has the year gone? 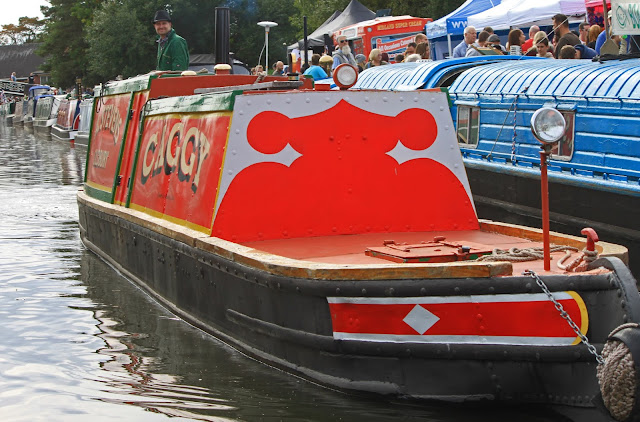 Tug Caggy and Wayne Attwood get to have the last word!