Engine Arm as it was
November 2019

The Engine Arm in Smethwick has been a backwater full of residential boats for decades, but back in 1974 it was all very different.

Among the Hugh Potter collection of black and white images there are two which reveal this as the abandoned backwater as it used to be. This was back in the day when there was no winding hole at the far end and an expedition along this obscure arm resulted in an awkward and rather long reverse back out again. 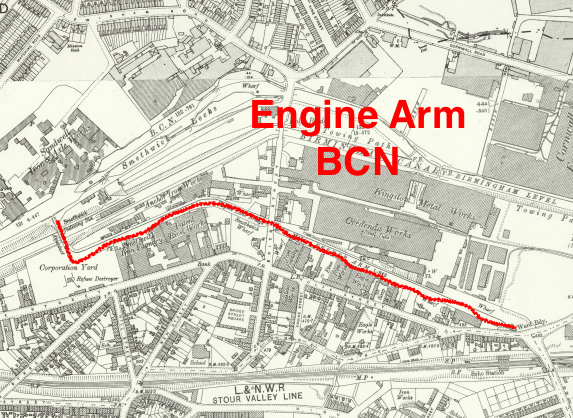 If you are unfamiliar with the Engine Arm you may wonder why the BCN went to the bother of erecting such an impressive aqueduct to go....well, nowhere in particular. Truth be told the Engine Arm's has always out-punched its weight, not only serving the various canal side factories but it was also a key feeder for the Wolverhampton Level above Smethwick Locks. 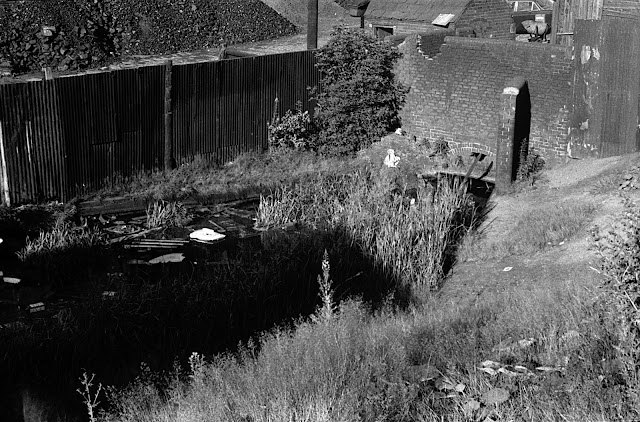 Not only did it receive water from the Titford Pools Reservoir via the Tat Bank Branch, it was also home to a large pumping engine which lifted and recirculated water from the Birmingham Level below. 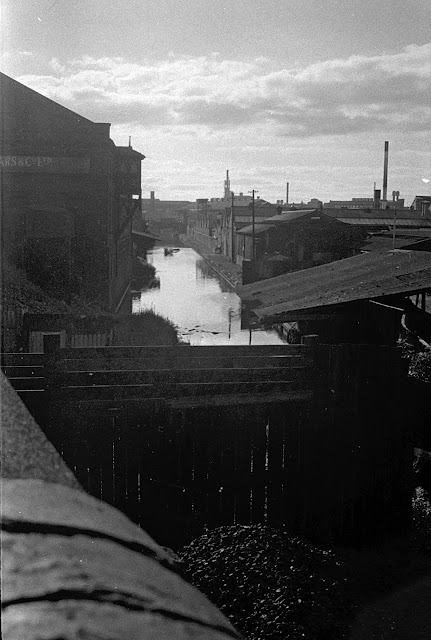 So that accounts for the need for an aqueduct over the New Main Line, but why so fancy? To be honest I don't really know. It was cast by the rapidly expanding Horsley Iron Works in nearby Tipton, and its my personal belief that the simple metal trough was embellished just to show what they were capable of. 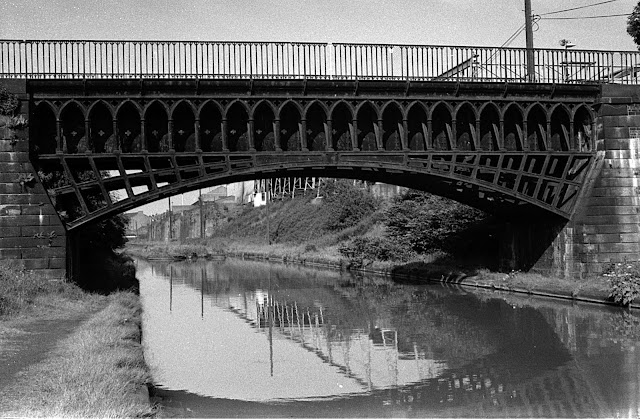 As usual, if you know differently, leave a comment below.