It's not every day that I come across an old photo of something completely new to me on the BCN.


Trawling through Hugh Potter's black and white images from the 1970's, I chanced (pun intended) upon two photos of a basin hidden behind an ancient guillotine gate, a basin I have never seen recorded elsewhere.

The narrative tells me it is a basin which went into Chance's glassworks in Smethwick and with a bit of help from Paul Balmer, this is its location: 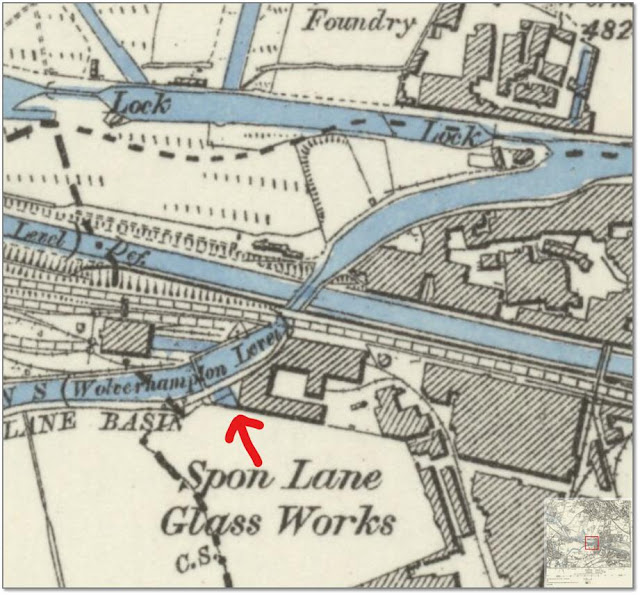 Here are the two photos which capture the relic in March 1975: 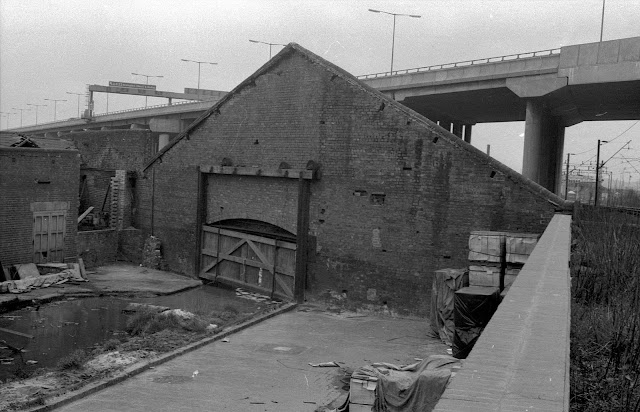 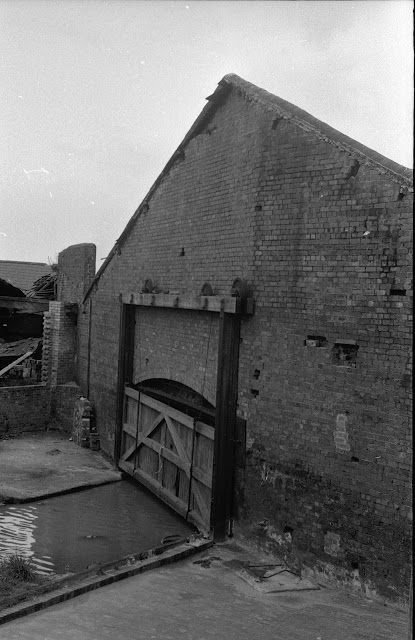 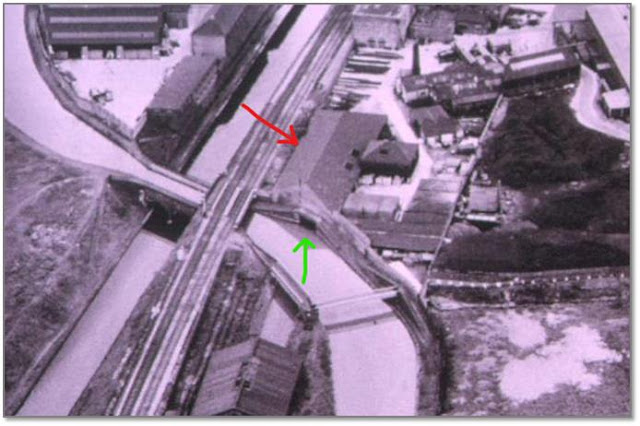 For a contemporary context, the entrance used to be on the Smethwick side of Stewards Aqueduct and looks like this: 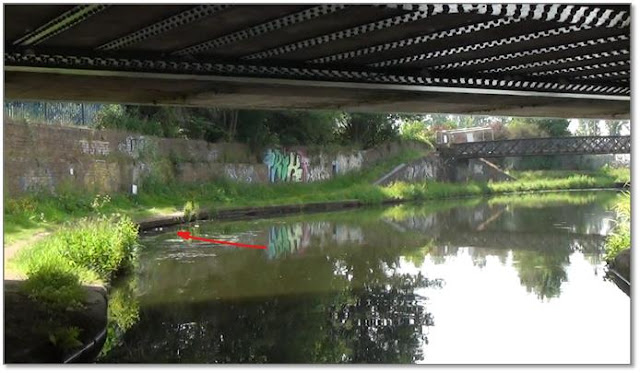 My thanks to Paul for his assistance in accurately placing these archive photos.

The above photos have been assembled from various sources, including those freely found on the internet. My thanks go to the many photographers alive and dead who have contributed to this collection and in so doing, are keeping the memory of these lost canals alive. These images are reproduced for ease of research are are not necessarily the property of this blog, and as such should not be used for commercial gain without the explicit permission of the owner (whoever that may be).
Posted by Andy Tidy at 12:10 pm

I am sure you are correct. If further evidence is required, the boat shown in Google Earth is surely the clincher!

If it doesn't, go to the side-by-side maps at the National Library of Scotland website - it is a fantastic resource for questions like this one!


Can't confirm if the photo is actually of Chance's, but the M5 runs next to the Chance works and could be the motorway in the background of the photo.

The link below is to the Chance Heritage Site, who are trying to bring the site back into use and as the plan shows, reopen the Basin(s) reached from the Old Main Line.

I've also found this link which should be helpful - https://birminghamhistory.co.uk/forum/index.php?threads/chance-glass-factory.47631/

Hiya, not sure if you got my original comment, apologies if it repeats, this has more info.
I'm not convinced you have the right location for the photos of this loading dock.
Looking at the top photo, the railway is on the right, with the Mway bridge over the railway to the right, and on the Mway, to the left, is a gantry. Looking at Google maps, you can see the bridge and the gantry on the Mway, to the west of where you indicate on the older map.
Going into Streetview on google maps, on the modern industrial estate look at Oak Court opposite Midland Embrioderers and by the gates to the Mendelez choccy factory, the Mway gantry is clearly visible. I suspect the photos show an arm off the old line just to the south of Stewart Aqueduct and railway bridge, coming off to the east, with a covered dock and small basin beyond. I suspect the photographer was standing on the railway embankment where "Love Alpha" now is. If you look on streetview at Uy Hoang's wonderful images (he must have spent days on his bike with his GoPro wandering the BCN towpaths!!) you can see just south of the railway bridge where a basin junction might have been, the concrete edge to the cut is different. I cant see if the wall behind shows any sign of there having been an entrance at that point - but of course the entrance could have been closed off many years before the pics were taken. So, if Chances glassworks was definitely where you indicate, then the photos are not of Chances - unless they had more than one location.
Hope this helps.
Dave
Dave Koring
nb Midnight Trace
(the email address refers to an earlier boat I had)

Thanks one and all for your comments on this, particularly Paul B who not only set me straight but also provided extra maps and images to pin point the true location. This work of recording history really us a team effort and the collective mind is far better than me on my own.