Scarrow Beck, a small tributary of the River Bure above Aylsham in Norfolk is far from navigable and you might wonder what place it has in my blog. You will have gathered by now that my entries can be a bit idiosyncratic and at times, and my watery connections a tad tenuous - and this is one such entry. 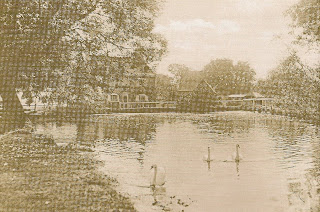 Aldborough Mill in the late 1800's

Aldborough Mill is a watermill in the wilds of North Norfolk, and a mill has stood on the site since before the Domesday Book was compiled over a thousand years ago. The place can therefore be said to have history, but my connection goes back a mere 200 years in the shape of my maternal  family, the Cooke's, who occupied the mill from the early 1800's till about 1960. You could say that milling is in my blood, going back umpteen generations including both my grandfather Thomas Cooke and subsequently my father. Sadly, as you will have noticed from my recent blog entries, the many water mills in Norfolk fell silent in the 1960's and 1970's, with mass production, bulk transport and palletisation rendering the old mills asobsolete as the slide rule.

My grandfather's and father's last mill, Coltishall Granaries Limited came to a conclusion whilst I was still at school and it was perhaps a mercy that they took the decision to wind it up rather than soldier on, endowing me with a huge white elephant. Having said that, their commercial interests and entrepreneurial spirit live on and play an active part in my career in commercial finance. 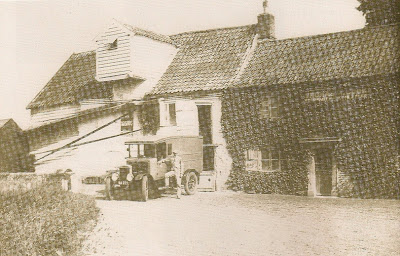 So, what of Aldborough Mill? The Cooke family ended up buying the site in the 1800's and went on to run other mills in the area, with my grandfather inheriting the Aldborough Mill operation when he was 21 in 1920 - pulling him back from service in the first world war as milling was a reserved occupation.

The business as he knew it was founded by his father, Thomas Carter Cooke, who assumed control as the last surviving brother of the Cooke dynasty. No history of Aldborough is complete without mention of the Cooke's of Aldborough Mill. My grandfathers younger brother, Oliver lived in the village till his death a few years ago, and representatives of the Cooke clan live there still. 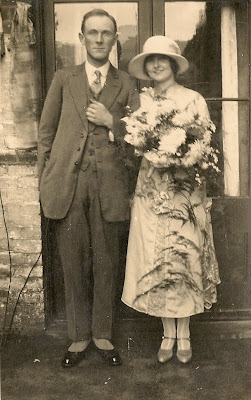 Thomas William and Hilda Cooke on the day of their marriage 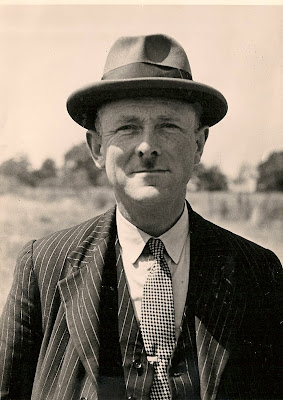 As to the mill, it was a fully operational watermill complete with a big millpool till it was filled in by prisoners of war during the First World War, after which the power was obtained from a steam engine, which was both more powerful and reliable. This steam engine gave way to early gas engines and then huge slow running Crossland diesel units.

As the mill expanded it consumed the mill house and additional levels were added to the top, all clad in beautiful asbestos. In the end the place used no less than five diesel engines each of which was heavy enough to sink a narrowboat.  Whilst milling and associated activities ceased at Aldborough Mill in the late 1950's, with production moved to Coltishall, I remember being taken round the silent building by my grandfather and smelling the engines and seeing the bricked up arch of the mill race which had stood beneath a sucession of mills for hundreds and hundreds of years. 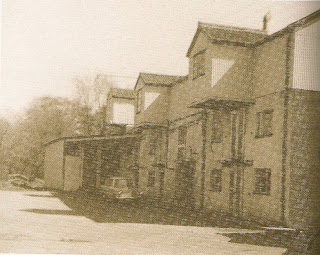 
Aldborough Mill was a utilitarian building, enlarged to do a job with few concessions to beauty. It was therefore not an immediate candidate for conversion to housing, although this was finally achieved with some style, but little of the original was allowed to remain.

I can almost still smell the dust, the spices and the hot engines as I see the photos of the mill, although these 'memories' are transferred from Coltishall Granaries where the machinery and processed continued to be used for a further 15 years. 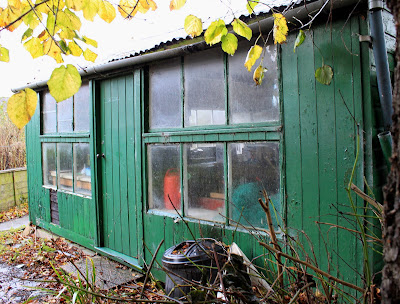 
One final curiosity is the first  shed seen on the right in the 1950's photo (above), which was used for seed sales. This was ultimately transferred to my grandfathers garden in North Walsham. Now, by a strange twist of fate, this has been gifted to me! A small link with an illustrious past.

Interesting post on my village. I've alerted my friends via my blog.

I spent a huge amount of time in Aldborough as a child and am very fond of the place.
I have to acknowledge the booklet "A History of Aldborough" as a major source which was supplemented by photo's provided by my mother.
I particylary remember the "tin tabernacle" which my grandpatents used to attend before the new St Andrews chapel was built up the loke behind the Black Boys. I hope I have the names right - its all a long time ago.

There is a bundle of Cooke family photos from Aldborough on ebay 9 April 2019.