Getting to Walsall is only half the story. Having worked ourselves into the centre of the northern BCN we have to get out again.

The plan was to exit via the Walsall locks and then return to Wolverhampton via the Wyrley Essington - home in a day. But all does not necessarily go according to plan. 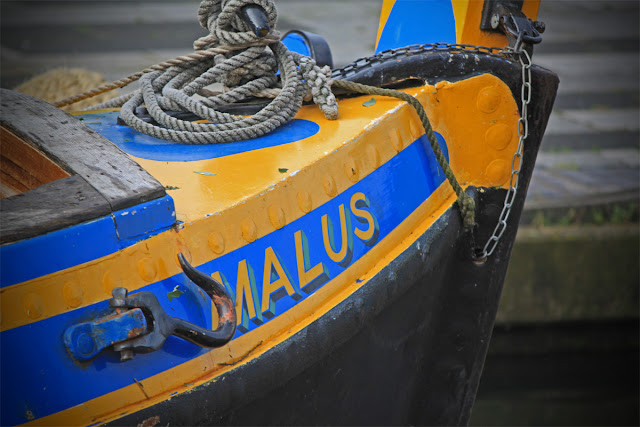 We started well enough and I was even getting quite enthusiastic about the locks, finding some interesting photos here and there. But then something odd at lock 4 - I was waiting for the boat to rise and provide a foreground but it didn't rise! A closer inspection revealed a bottom paddle jammed open with no prospect of a quick fix. We had no option but to reverse back down again, belatedly noticing a sign on the back of the paddle informing us that the flight was closed! 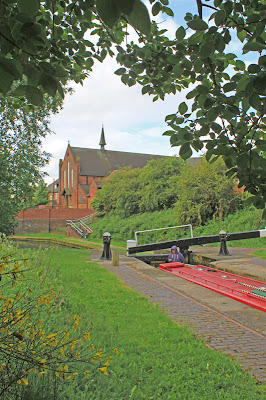 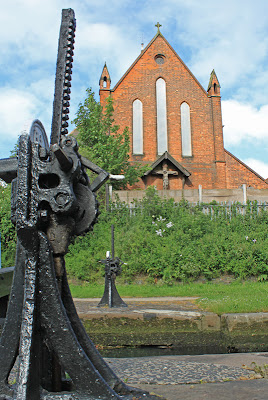 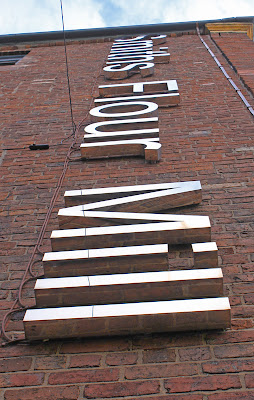 With our way north blocked our only way out is to the south down the Walsall Canal, again. Word was spread around the boaters and schedules were altered. 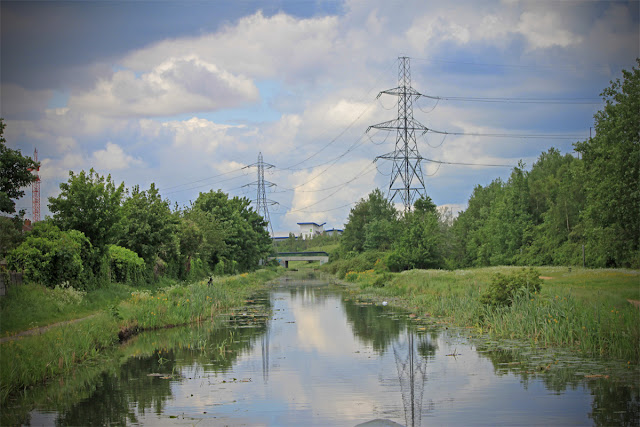 Walsall Canal at its most flattering

I guess it would be possible to get out via Ryders Green and bank to Wolverhampton in a day but with the extra days bank holiday why rush? So having turned at the end of Town Arm we slogged back down the Walsall, accompanied by the beauty of the Black Country Spine Road. Ryders Green was busy, with about four boats in the pounds working their way up to the Birmingham Level. 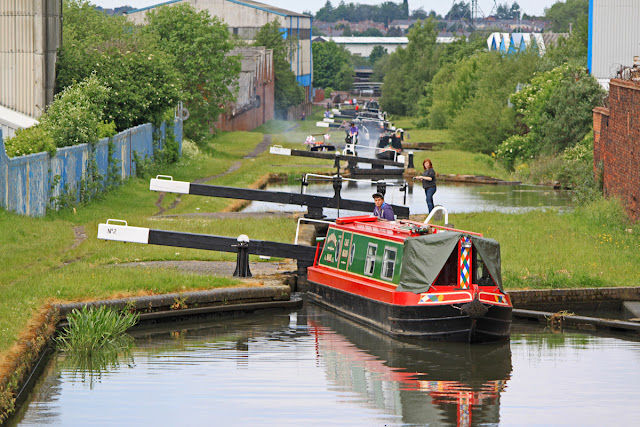 An unusually busy Ryders Green (or The 8)

The mainline offers some options and we chose Brades, a quick route to the Old Main Line. It's here we first met the triathlete out on cycle training. He was going up Brades heading for Dudley but as we exited the straircase pair he emerged behind us. He had gone left and ended up in Smethwick! He tried again and turned right only to stop again as he had a puncture. 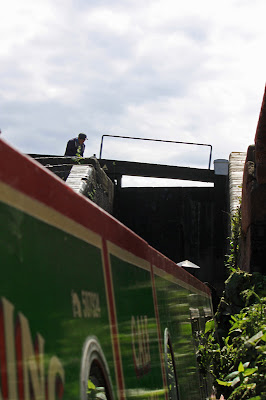 Its amazing how the lilies have grown in a week, last Monday the were just a few on the surface and now they carpet the water margins leaving just a narrow navigation channel  in the middle.

Surprisingly the BCLM contained only two boats and we managed to take the trip boat mooring at the back, a first for us. As we had arrived at 3.00pm we had a bit of time to kill so after a quick look round the canal section of the museum we took the 40 min trip into the Dudley tunnels. This is something I have wanted to do for years and on reflection it is well worth the £5 cost - packed with interest and history. 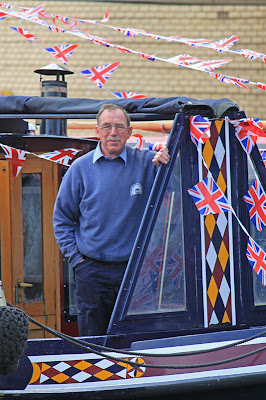 Autumn Mist showed up a bit later and we whiled away a happy hour or two and sank some beers in the setting sun, swapping canal stories.