Midway along its path the Stover Canal reveals possibly its greatest treasure, the Graving Lock / Dock. 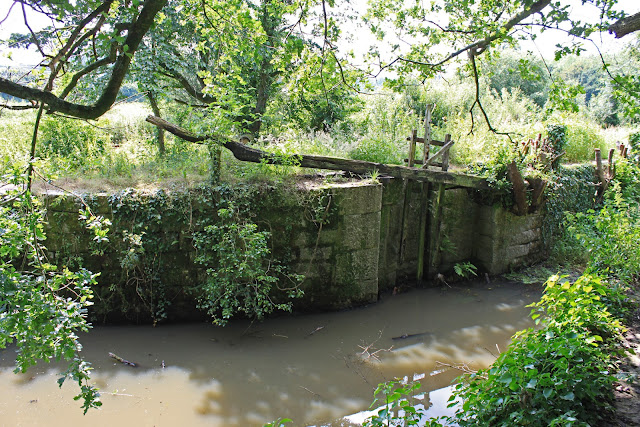 At the time of its construction it was a standard lock, a twin to Teigngrace half a mile upstream. But the arrival of the railway changed things, it was built over the old boat yard which was used to repair the craft, so an alternative was needed. 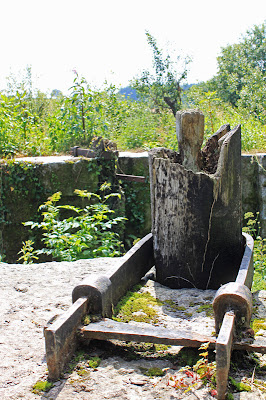 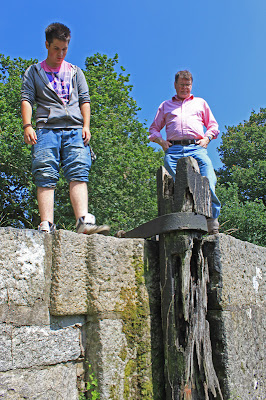 Rather than build a new dock the canal owners took a more expedient approach. They cut a shelf into the side of the lock onto which a boat was floated and then when the lock was emptied it was left high and dry, ready for repair an caulking. Not a bad idea except it means the lock cant be used whilst it has become a repair yard.  AThis approach is unusual but not  unique. In the second lock of the Hatherton Canal has the same treatment when the rest of the canal was abandoned and the resulting dry dock continues to be used on a regular basis. An added snag is that the enlarged lock will use far more water, a real problem for a canal with water supply issues. 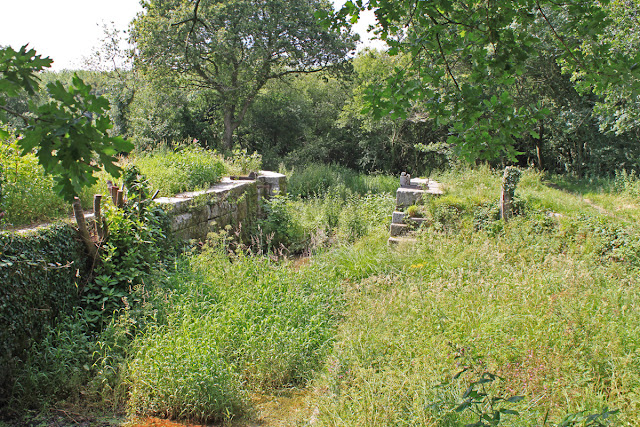 However, this limitation wasn't really a problem because by the time the railway was built the top section of the canal above the clay cellars was effectively disused. In fact by the time it was converted to a dock the only traffic using it was bound for the repair facility. 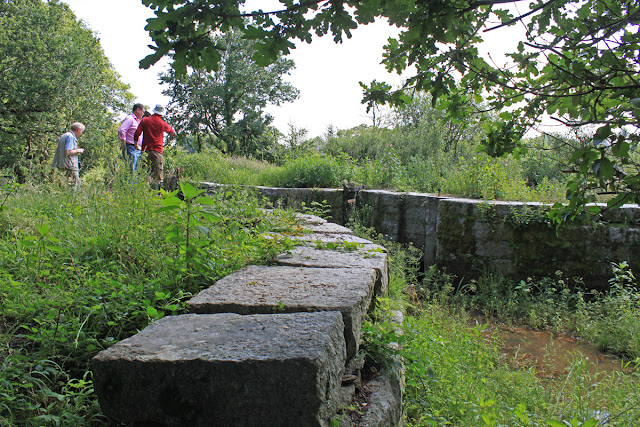 Upper wings of the Graving Lock

The lock itself is full of interest. The bed of the graving platform is cobbled and the wall is granite. Most blocks are recycled from the old lock wall, but the extras are rougher chunks of granite, functional but not as well dressed. Then there is the brick crane base, used to help repair the craft. It used to have its metal top in place, but some vandals rolled it into the canal where it remains to date, safe from any other destructive acts. This underwater storage system is nothing new, we do the same with engineering bricks on the BCN, caches stored well away from light fingered builders. 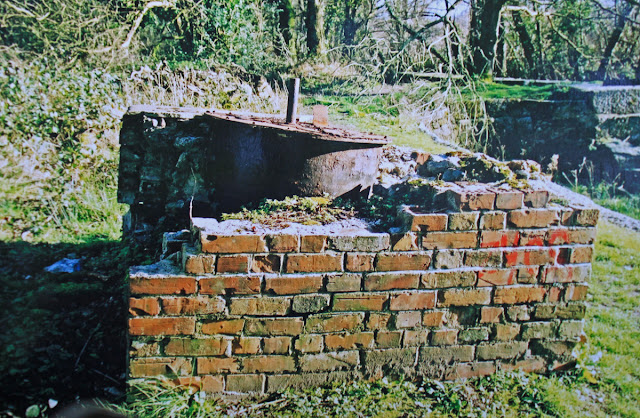 The crane base before its core was rolled into the canal

Then the are the lock gates. One of the lock gates is remarkably well preserved, its balance beam sits in place constructed out of a single tree branch, with its unshaped thin end still standing proud and waiting for a boater who will never arrive. 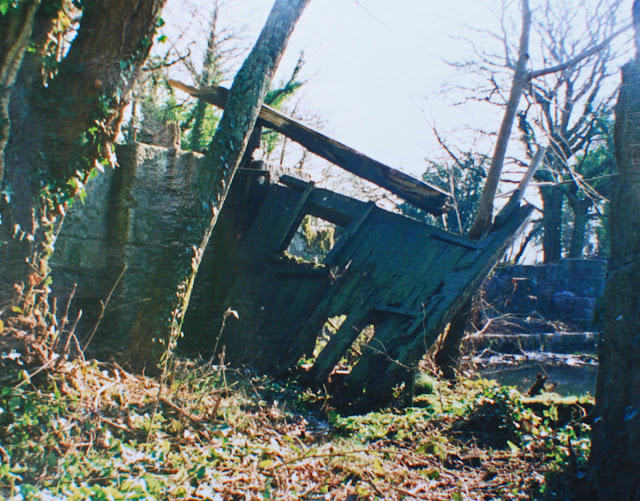 Note the unusual top sluices in the collapsing top gate 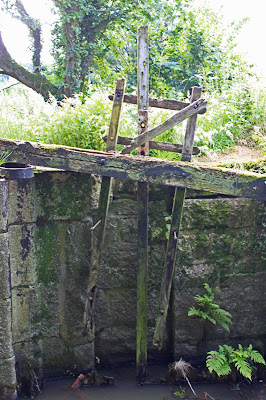 The remains of the paddle gear 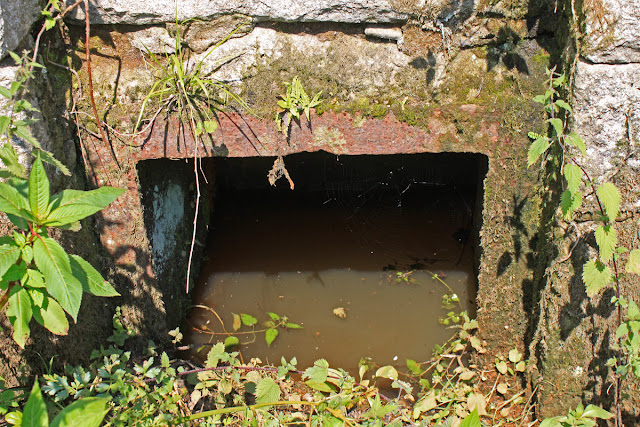