Teignbridge is the only road crossing on the Stover Canal, and perhaps it should be called Teignbridge Lock because this was the site of the middle lock. 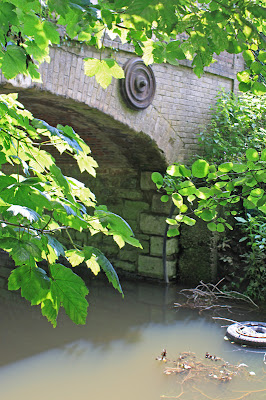 I say was, because it was turf sided and little more than a stop lock used to help boats under the low span of Teignbridge. The site was cleared a few years ago and all that remains of the gate buttresses are some heaps of rubble in the undergrowth. 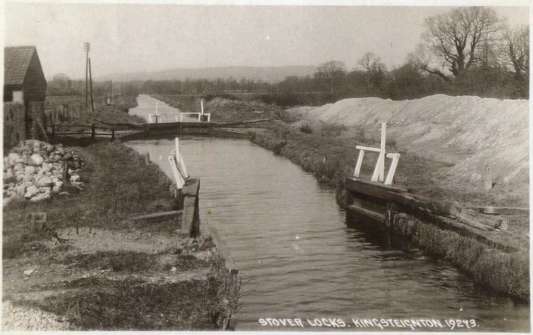 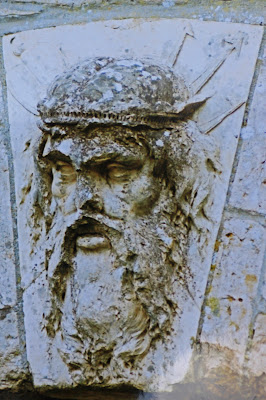 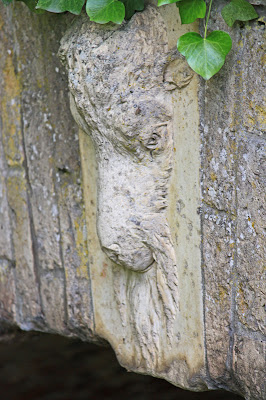 The bridge itself bears the scars of boats scraping their way under, scoring deep marks into the masonry. The bridge also holds another interesting twist - two keystones made of a reconstituted stone which outlasts the real stuff carrying rare images of Neptune and a ram. 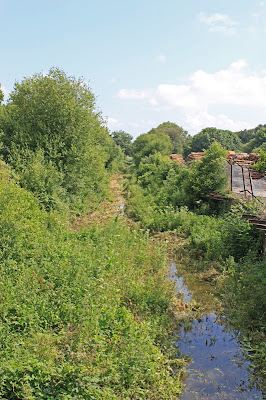 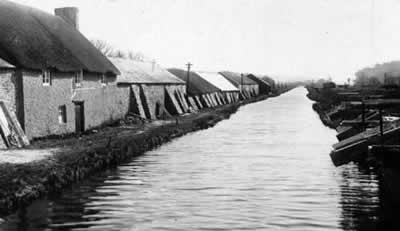 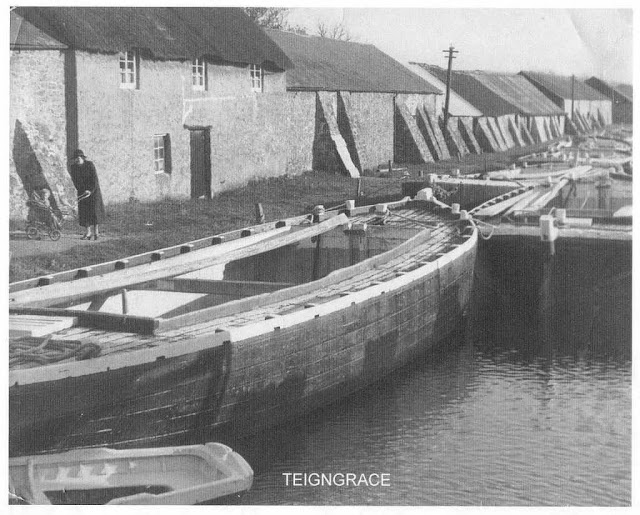 Boats moored at the clay cellars, Teignbridge on the Stover Canal 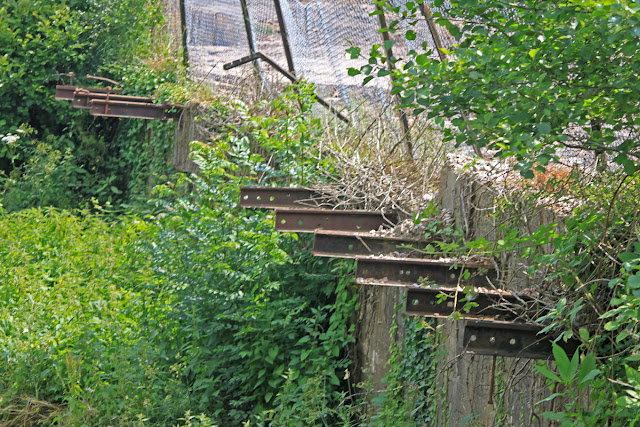 Downstream from the bridge is a long straight channel bordered by the old lock keepers house and the clay cellars. Today the base of the hose remains but the cellars are gone. However, this is the site of many iconic photos of the canal, taken when photography was in its infancy.


This last section is the scene of the latest developments for the Stover Canal Society, who have recently secured grant funding to reinstate the towpath as part of the Templer Way, and so encourage the people of Newton Abbot to visit the area and hopefully agitate to the restoration of this historic waterway. It sounds like a plan to me.
Posted by Andy Tidy at 6:00 am