In contrast to my usual practice I am starting this record at the top of the canal, reflecting the route I walked. 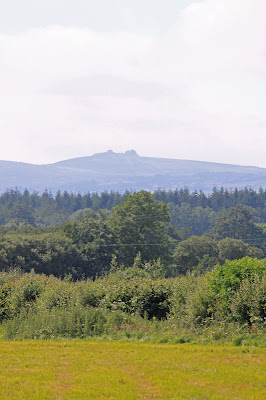 Maybe the place to start is at Haytor Down, site of the granite quarry which supplied much of the canal's cargo. But time didn't permit a walk up the hill so we settled for a good look at the bubbling feeder stream, the remains of the weir and the stopped up sluice. 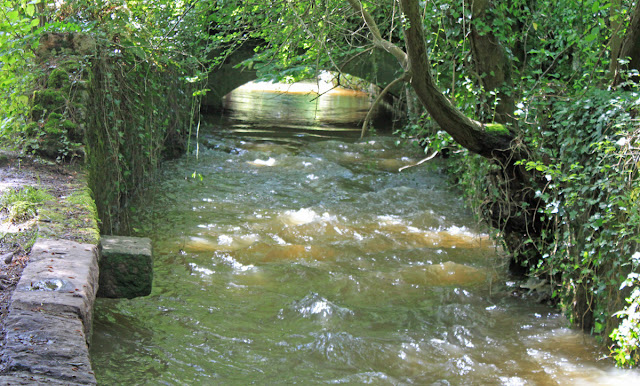 In the above picture you can see a stone block sticking out from the left bank. This was an indicator to the canal operators to open all the lock paddles in times of flood. Only the day before our visit the area had flooded and the nearby river overtopped its banks, the water finding its way back into the canal channel and, for a few brief hours, putting the canal back into water. 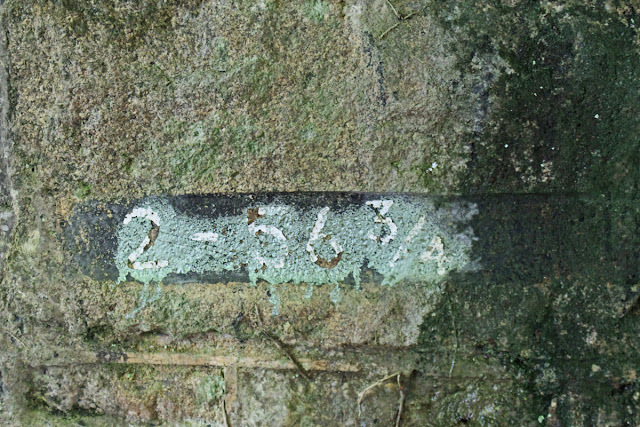 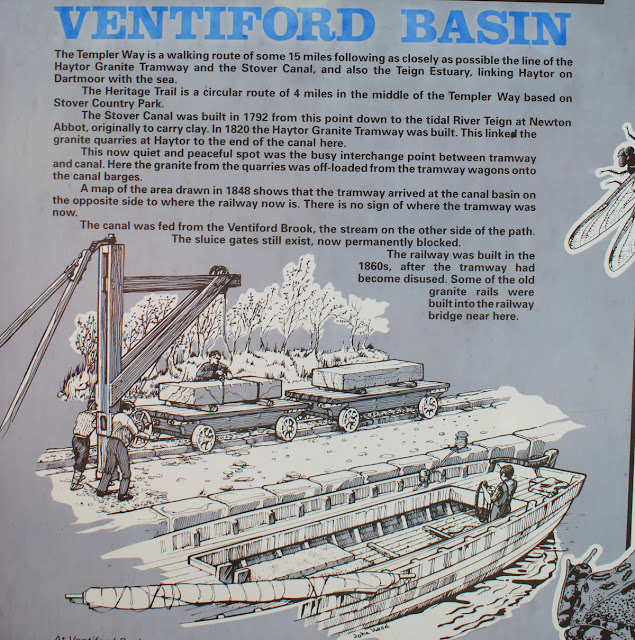 Interestingly, some of the old granite rails have been built into the later railway bridge, but you have to have them pointed out to realise what they are (see photo above).

The site of the basin sits beside the later railway embankment, but it is all overgrown and summer probably isn't the best time to visit. There will be a clearer view in the winter when the undergrowth has died down and the channel becomes more visible. 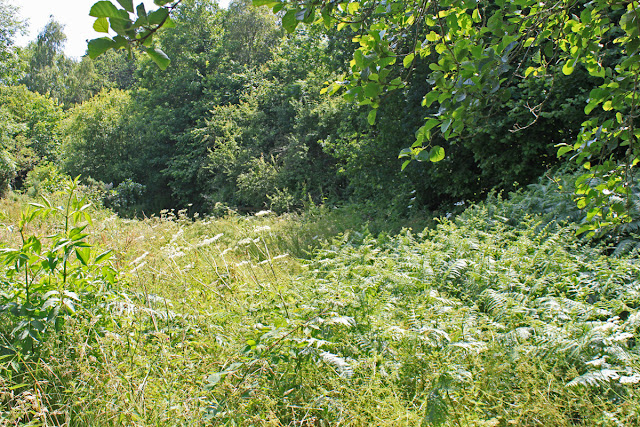 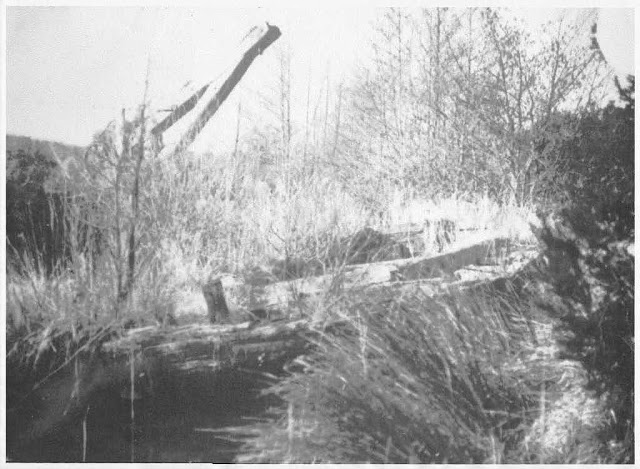 The hulk which may remain buried in the basin 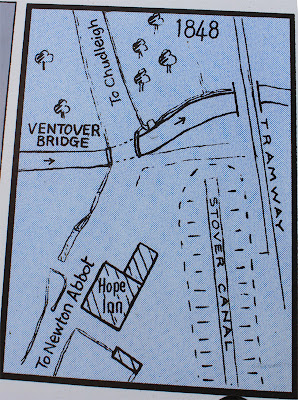 Its hard to imagine all the hustle and bustle of the place, granite deliveries by horse draw tram and heavy loads of clay lining the canal awaiting shipment. These days all that remains is a thick layer of grey clay underfoot, clay which sticks to your boots like great heavy platform soles. A quick look at Google Earth shows the extent of the adjacent clay workings - huge water filled pits and they are still quarrying the stuff 250 years later! 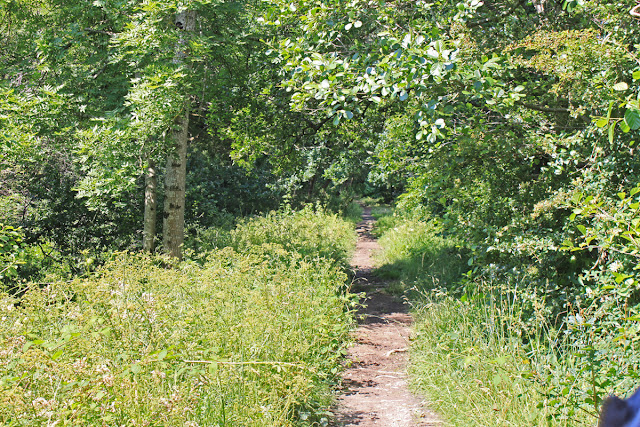 There are a selection of interpretation boards to instruct and inform visitors, and then a decent towpath which leads to some on going engineering work to replace a collapsed culvert with three plastic tubes. This work will reduce the flooding risk, but as the culvert was a syphon the introduction of the tubes at canal bed level reduces the potential water depth and throws up a significant obstacle to the re watering of the  top end. 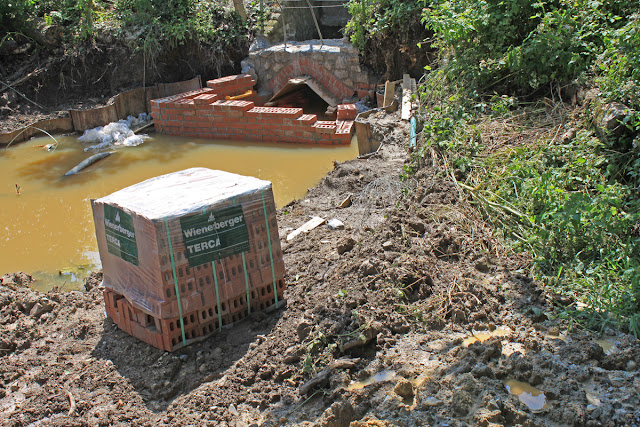 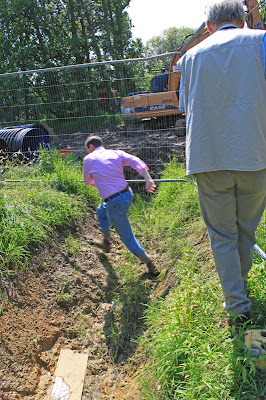 If you get the chance whilst down west the Cann Quarry Canal, at Plymbridge, Plymouth is still largely in water and is worth a look.

Graham and Jill - thanks for that idea - I am always on the look out for the obscure.
Andy

Ongoing archaeological excavations at the Ventiford Basin on the Stover Canal have revealed further lengths of the Haytor granite tramway and more of the barge abandoned in the mud shown in the photograph. The crane base has been uncovered too. Further along the canal is a unique graving dock, also undergoing restoration by the Stover Canal Trust, using grant aid from IWA, Lottery, Tesco etc, and private donations.