This may be the 27th boating festival held at the atmospheric location of Windmill End on the BCN, but it was our  first experience of the event. 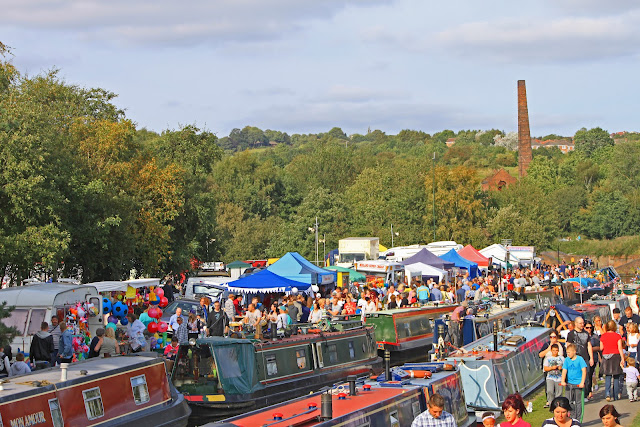 I am continually struck by the sheer diversity of the canal festivals. If you look beneath the boats and stalls there is such a range of formats and aspirations. This is one of the longest established festivals but one which is as much for the local community as for the 102 boats which attended.

The sun shone out of a clear blue sky on the Saturday and the crowds flocked in - an estimated 13,000 of them. The organisers suggest 6,500 on the first day and 5,500 on the second but I suspect that this is a bit on the light side for Saturday, when it was hard to move for the press of the thronging hoards. 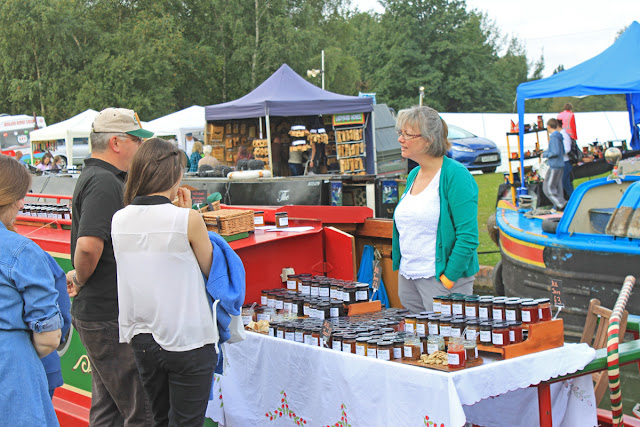 Wild Side Preserves before the onslaught!

But lets back up a bit. We decided to attend with the Wild Side Preserves band waggon and somehow or other we cocked up the booking. Rather than having a gazebo type pitch we belatedly found out that we were trading off the boat. After a few minutes of consternation we decided to give it a whirl, setting up the sales table across the stern (never have we been more pleased that we have a cruiser stern) and letting the display spread along the cabin roof. The Fudge Boat was in front of us and they assured us that we would have a busy day, and so it turned out.
Sales surpassed all expectations and beat all records. The Blow Your Head Off Chilli Jam was a particular hit and our double sized stock was all sold out by early morning on the Sunday. 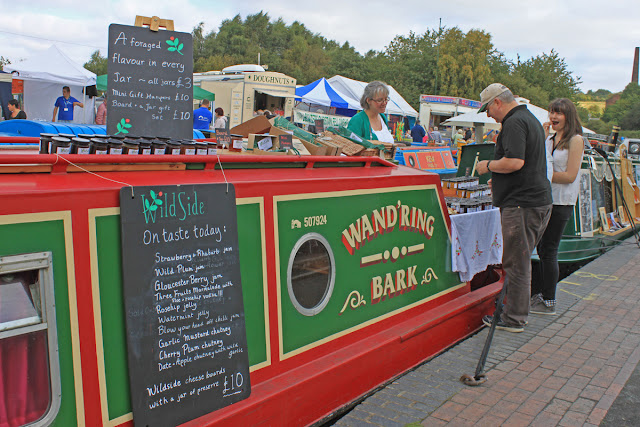 But what of the event itself? Well, it had a bit of something for everyone which is probably what lies at the heart of its popularity. There were 102 boats to look at, with the working boats and tugs parading through the site plus the 83 trade stalls selling everything from candy floss to air brush tattoos (and of course, a rather marvelous preserves boat!). Then there was the classic car display and the welcome return of the daytime music showcase in the central arena, with the event lubricated by an extensive real ale bar. Further back on the site there was a large car boot sale and then, just behind a rise, a big funfair blaring out its raucous music to the delight of the Netherton kids. 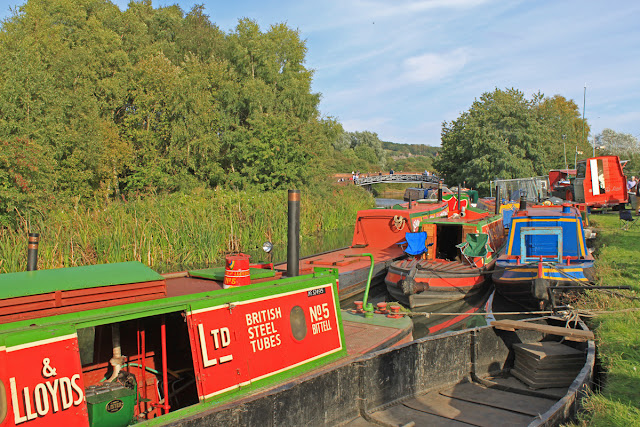 Tugs in the Boshboil Arm

There is no doubt that this is really a community festival based around the boating fraternity. It felt good to be part of something which puts a lot of pleasure back into what is quite a poor community, as well as raising over £100k for charity over the years. Perhaps the biggest thanks should go to the Army Cadet Force who stewarded tirelessly, receiving the Black Country Boating Festival award for their efforts. 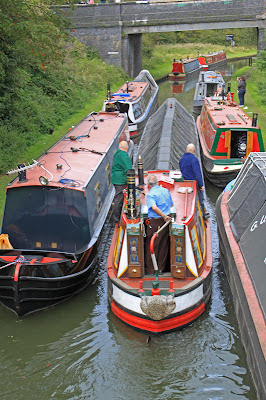 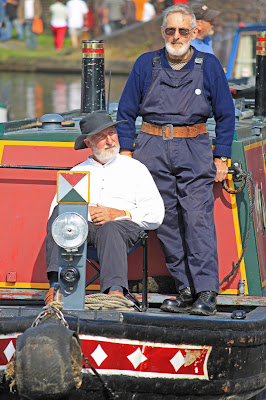 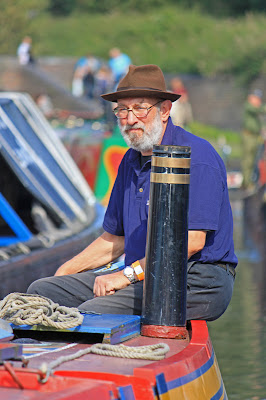 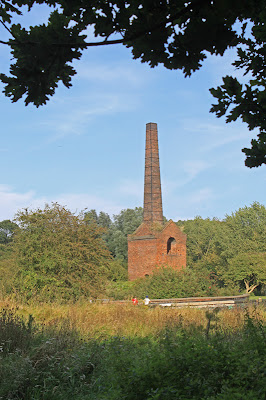 I am not sure I would chance a night at Windmill End on my lonesome, but we had no trouble during our stay and were made exceptionally welcome by the organisers and locals alike.

The trip in and out wasn't without incident. For the first time ever we had hassle on the Wolverhampton 21. A couple of kids were out looking for trouble, jumping onto the boat in a lock and ramming the throttle hard ahead. One thought this was hilarious till I decided to give chase and was a bit surprised that the "fat bastard" could outpace him and was totally dismayed when another boater with a windlass approached from the next lock down. The little creep fell to the ground like the coward he really is begging for mercy! Whilst the nearby grass cutters were encouraging a good thrashing I settled for a photo of his ugly mug. And just as well I did too. As I walked up to the next lock a bloke approached dripping water and nearly in tears. The little gits has pushed him into the canal and then when he tried to get out they tried to kick him in the head. I later saw an account in the Express and Star of an identical incident the week before so, if you see this lad with his distinctive eyebrows keep your windlass to hand and dont get between him and the canal. Oh - yes I did report him to the law. 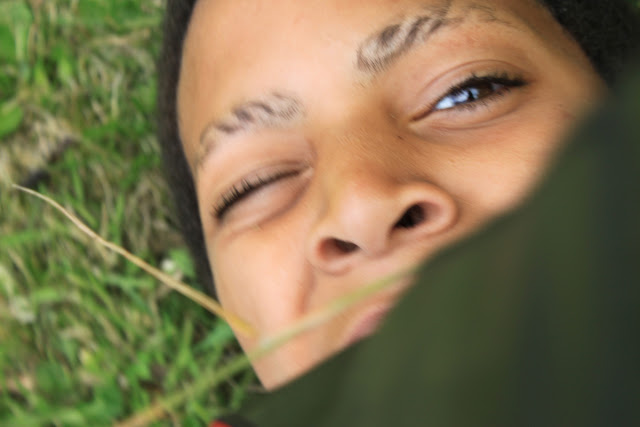 Belle was replaced by Mr Truth for the return journey, who was undertaking light boating duties for the first time since the surgery which took him out of this years BCN Challenge. A glorious morning encouraged a 7.15am departure from Tipton and we had a truly delightful return to base, foraging apples, blackberries, damsons and sloes along the way. Hey, there is a lot of stock to replace!
Posted by Andy Tidy at 6:00 am

I have been to boat sale festival and it was just too good.There were variety of boats and I was really impressed by the people who are in this business.

Blogger Bobcat had similar trouble on the Wolverhampton flight (lock 20) on Saturday - a kid jumped on her boat and put the throttle onto hard reverse. I guess the local yobs have found a new game....

I wonder if it was the same kid?

Hope the law takes an interest and puts a stop to it - slow boats are such easy targets...

I wonder if it was the same lad that 'got' me? I was never close enough to get his eyebrows.

I see Kew was there in the background of a couple of your photos - did you talk to David and Mary?

Bobcat - Quite likely. He and his mate are creating mayhem on the flight. They have pushed a few people in the water too.
Halfie
I saw Mary briefly, and used you as my introduction. The annoying thing was that because we had the stall up and running we could only listen to the service from the towpath and couldn't go in ourselves.