A bit of a contrast to yesterday with a mere 4.5 hours of cruising achieved. 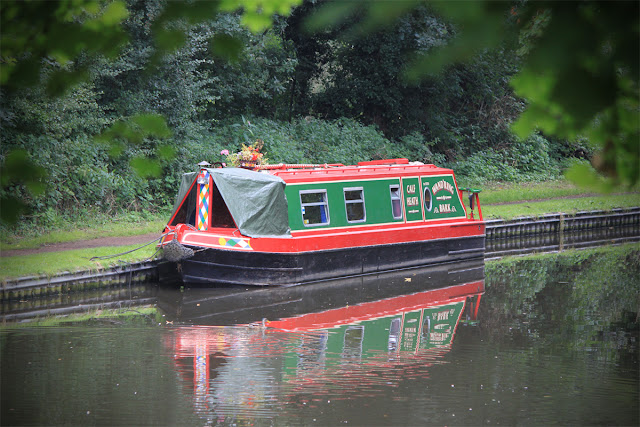 We started with  mid season oil change with the meter showing 3,400 hours. This delayed our start till 10.30 and then Belle disappeared off up the locks at Stourton on a moderately successful foraging expedition. This area id being overrun by Himalayan Balsam, its purple flowers carpeting the margins of canal and river in the Stour Valley. The problem is that the stuffs suppresses all before it and is almost impossible to stamp out. A rampant invader but not without beauty. 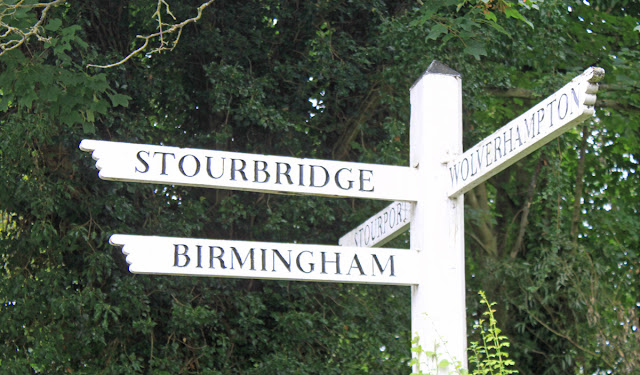 The forecast was for rain in the afternoon, but this never materialised and instead we were treated to a day as hot and sultry as a latino actress. 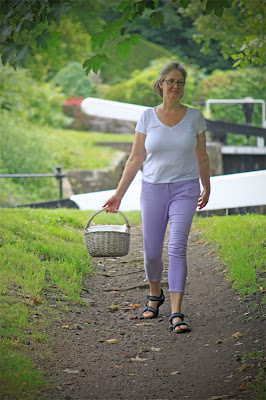 Foraging proceeded apace, with three kg of blackberries collected from a wall just south of Cookley Tunnel. Passing boaters never quite get used to seeing us beached on the mud on the offside collecting fruit. Not that the canal was as busy as the towpath. The towpath hereabouts must be a part of a very popular cycleway as the place is crawling with cyclists on their shiny new lycra outfits.

The blackberrying delayed us a bit but we still found ourselves at Kidderminster Sainsburys at 3.30pm - with 30 mins before they closed. They have at least taken steps to migate the risk of trolleys being chucked into the cut. Not only do you have to lodge £1 to use one. if you stray as far as the towpath the wheels lock up. I have pulled so many trolleys out of the BCN I was sorely tempted to lose my £1 and chuck it in just for the hell of it (not really!). 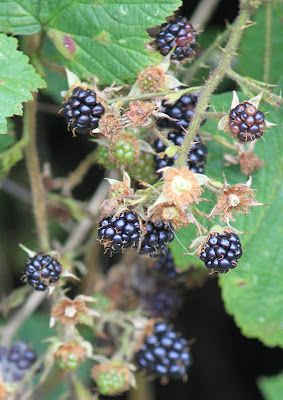 We finally came across trees wit ripe plums at Falling Sands Lock, with 2.5kg collected in about 15 mins using our long handled picker. They were very tasty on their own but they are destined to be mixed with Meadowsweet as part of one of Belle's unusual preserves. Our progress towards Stourport was then accompanied by the heady smell of cooking blackberries wafting up from below - natures perfect perfume.

We called it a day by Wildend Pool (Bridge 8) just short of Stourport, a lovely rural mooring with vies across the Stour Valley. The evening stayed warm and the into track to Annie Nightingale's radio one show "Lazing on a Sunday afternoon" spun round and round my head,. I finished the day out on the back deck with the sun setting casting a golden glow onto the big bowl of plums I was stoning, lubricated with a pint of Hobgoblin.

I like this holiday malarkey!
Posted by Andy Tidy at 6:00 am

This s Kingston U3A just saying another thank you for letting us use your photos on our website.

Here is the link if you would care to look