I don't think 2017 will go down as a vintage Black Country Boating Festival in anyone's book. Most years the weather is good and sometimes we get one wet day, but this year we had two wet ones which both dampened the spirits and halved the crowd numbers. 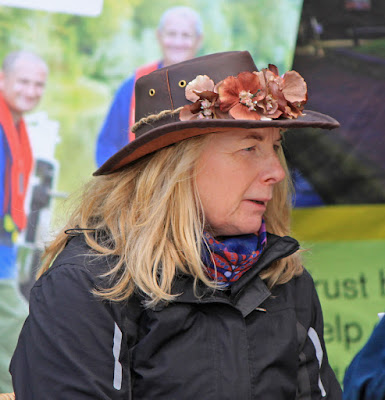 Normally the central area is littered with attendees lounging around in the autumn sun drinking ale and listening to the bands. This year the grass was closer to a Glastonbury mud bath and entertainment was enjoyed inside. 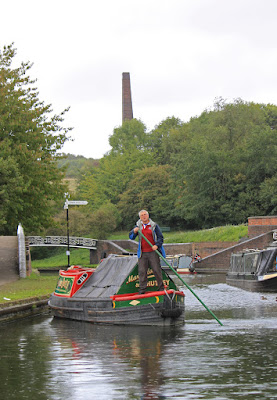 For the traders a post event wash up (an apt description if ever there was one) in Ma Pardoes concluded that for everyone sales were about 50% of usual, and us regular attenders were busy explaining to the first timers what its like when its really on song. But we can take cheer that it could have been worse. Most traders managed to continue between the frequent showers and Adrian (the nearly harbour master) assured me that he had seen worse when the level rose and water started to seep into the main tent. 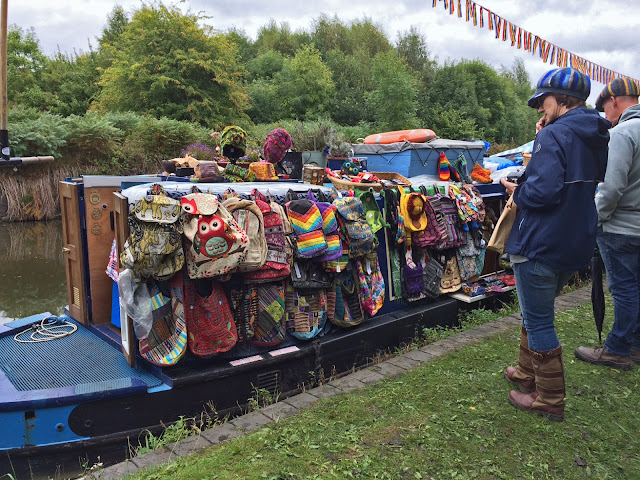 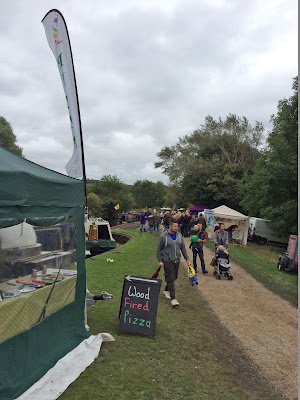 Traders in the rain

The event offered in interesting new twist in the shape of the plaque. Usually they are heavy cast items which I seem to collect as ballast and end up in a drawer in my shed at home. This year a local woodworker offered to make them out of eco friendly ply and the end result was rather lovely - almost justifying a place on the Christmas tree. 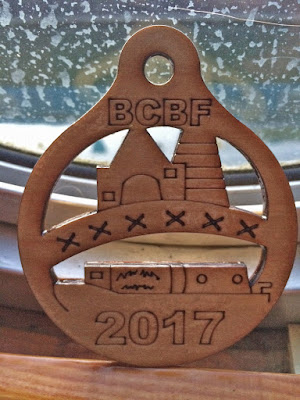 That said, the Black Country Boating Festival is more that a trading opportunity and it represents the last "big bash" of the season, one where loads of traders gather and who tend to see the Saturday night in the beer tent as the end of year party. They certainly seem to form the core of the dancers in front of the stage. From our perspective this was more than a bit frustrating because Helen's slowly mending knee wasn't up to the walk to the tent, let alone a knees up if we got there. So for us it was an evening in with a DVD and listening to the music from a distance. We did, however make it onto Ma Pardoes courtesy of Sandra and her borrowed set of wheels. 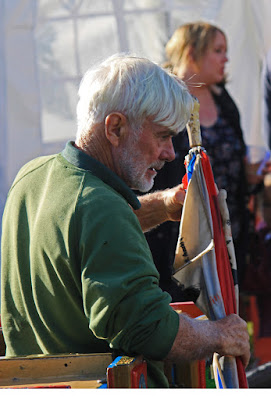 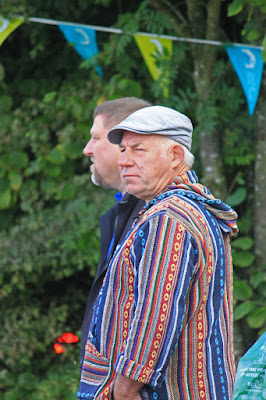 David Litchfield and Barry Teutenberg between the rain showers

Monday didn't dawn clear and bright, and we left with a damp gazebo and we battled the high winds to the Black Country Living Museum in Tipton. The back slot near the museum entrance was free so we winded both boats and moored in the illustrious company of Sagatia and Bittel. We had a late lunch of fish and chips from the museum chippy and restocked with provisions at the Aldi which had been built on the site of a pub just up the road from the main entrance.