For those of you who have been following our progress over the last five months (and I know that there are a lot of you) I am sad to have to say that this post marks the end of the journey. 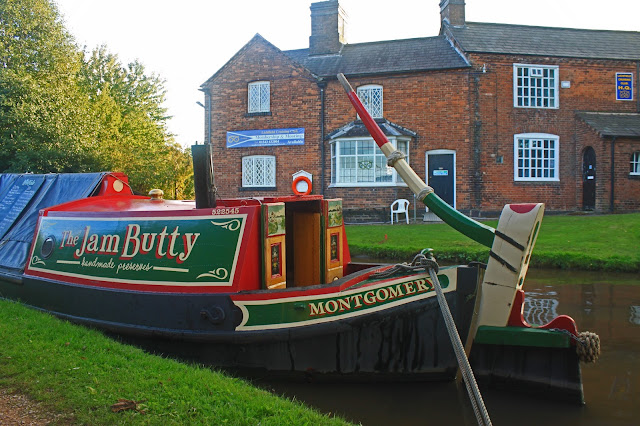 Today we did our final day's travel together, moving the boats about 12 miles from Rugeley to Lichfield, ready for the Huddlesford Gathering this weekend. On Sunday Helen will be leaving the boat to look after her mother who will be having surgery, leaving Martin and myself to get the boats back to Aldridge via the Birmingham and Fazeley and the Tame Valley / Rushall canals. 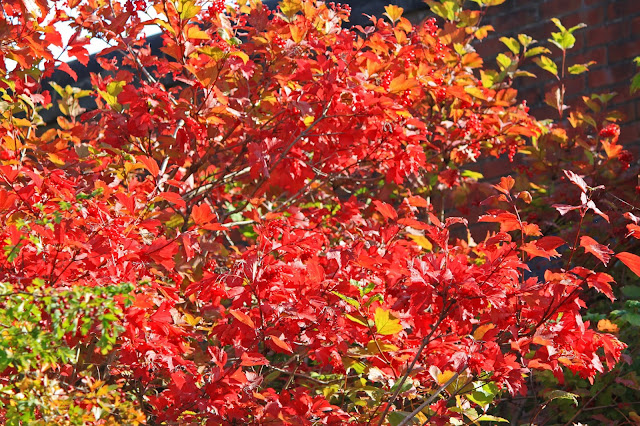 Autumn is pressing in and cold claggy mornings are becoming the norm, which means setting a fire as part of the wake up routine. It was still cold and damp as we left the boat to deliver a supply of Elderberry Vinegar to Mike and Kit as Mike is still suffering from the lurgy. Then it was into town to say hello to Mark and Justina in their new shop, The Sewing Shack, and much to my surprise I found they sell parrafin wax, a key ingredient for some home made fire lighters we want to experiment with. 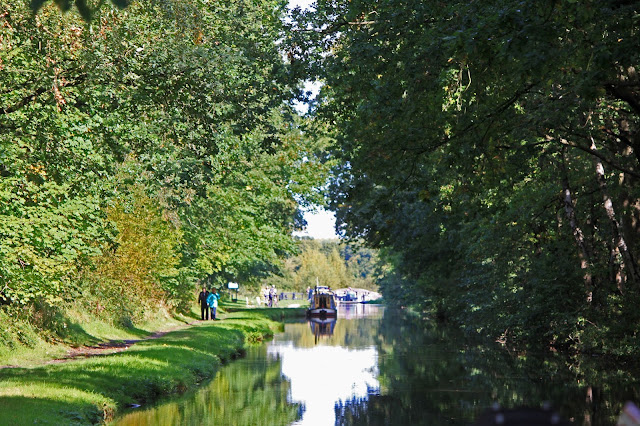 By the time we set off at 10.30 the sun was out and, for the first time in weeks, we were obliged to don sunglasses and hats. The Trent and Mersey was busy today and I think I had to let at least four boats past, but somewhat irritatingly we passed three of them later on as they had tied up early. I can now see how we manage to keep up with the pack - it's a case of the tortoise and the hare. They may all zip along leaving us to plod at a steady 2.3 mph (so the Waterways Routes App tells me) but we are relentless. We just keep going and always eat lunch on the move - which means we seem to cover the same number of miles as everyone else over the course of a day. 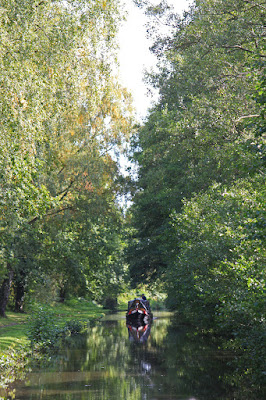 We had lock keeper assistance at Fradley where we did pause for water, rubbish, and elsan and, just as we set off again, we stumbled across Martin and Margaret of nb Erin Mae. Martin and I are longtime friends and followers of each others blogs. I somehow managed to beach the boats around a small sea otter and had to offer apologies as I sorted out the mess, whilst at the same time digging a few jars of preserves for Martin and Margaret. Strangely the boat was firmly aground when I was on it but floated free of its own accord when I jumped off - I just can't figure out why that may be! 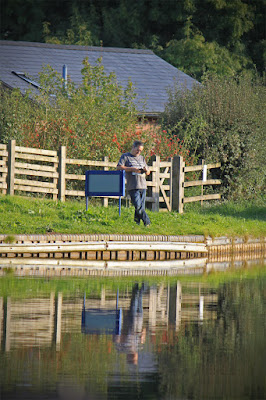 The weather stayed warm and dry as we passed under the busy A38, a sure sign we are nearing home. The stretch into Seethay was deafening but the noise dropped away dramatically as we reached Kings Orchard Marina and saw the familiar face of Dave Baynham (nb The Robber Button) leaning against the fence waiting for us. 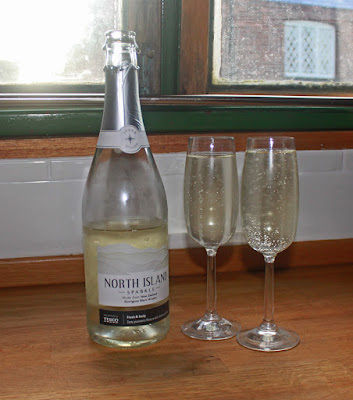 A celebratory bottle of fizz to mark our journey's end

And then it was the final mile into Huddlesford Junction, site of the forthcoming Huddlesford Gathering, a bi annual event hosted by the Lichfield and Hartherton Canal Restoration Trust and the Lichfield Cruising Club. All the moorings are marked out but for the first time ever, we are the first to arrive. I know from Facebook that a gaggle of traders are pounding their way down here from Tipton, so I don't suppose we will have the place to ourselves very long. Its an odd location, one minute gloriously quiet and the next the actual canal is shaking as Pendelino's scream past at over 100mph. 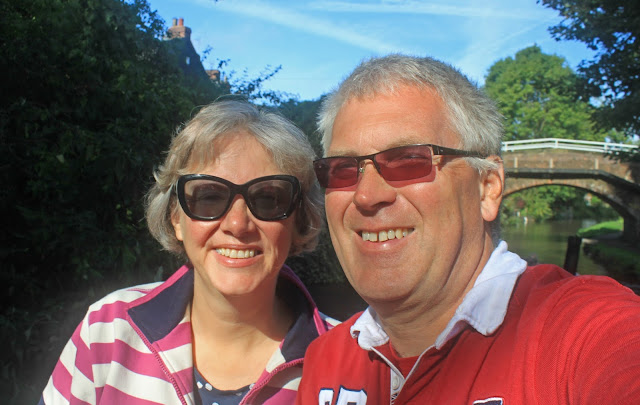 A final joint selfie in the sun

As this was the last day of movement for the pair of us, the day was rounded off with a bottle of bubbly, celebrating the end of a remarkable and hugely enjoyable five months afloat.
Posted by Andy Tidy at 10:45 pm

Email ThisBlogThis!Share to TwitterShare to FacebookShare to Pinterest
Labels: Coventry, Trent and Mersey

Its been lovely following your journey, thank you for sharing it. Congratulations on surviving all the various challenges that life and boating throw at you. Hoping you'll be back on board next year to do it all again!

So sorry to hear that Helen's mum is having surgery, I do hope that all goes well for her and that she recovers quickly :)