Tipton Gauging Station, the way it was - Birmingham Canal Navigations

For years we havn't been able to get a good look at the Tipton Gauging Station due to buildings being erected in front of it.

Recent demolition work on the sight has revealed the entrance archways once again and lets hope that this historic building will be preserved in some shape or form.

This building was used to weigh narrowboats, or more accurately, to weigh them down with ballast and see how far they sink under a given load. With the resulting freeboard noted in the records a boat's load could be easily calculated and an appropriate toll charged. 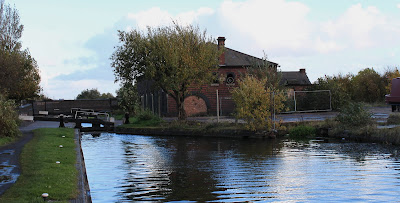