The Wyrley Bank Branch has held a fascination for me for nearly 20 years.

Soon after we moved to Birmingham we became friends with a couple who lived in Cheslyn Hay, and to visit them we used to drive through Bloxwich, repeatedly crossing both the Wyrley and Essington Canal and its abandoned arm, the Essington Bank Branch Canal. 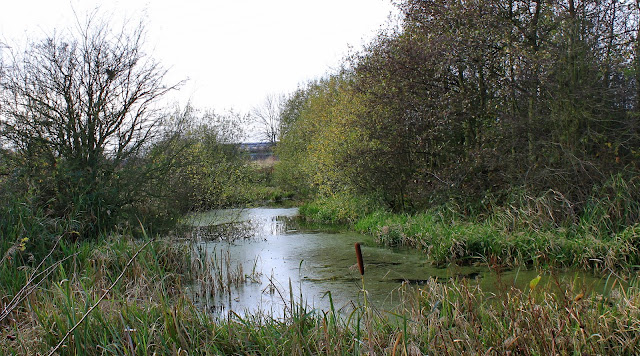 Some of you will know of the Wyrley and Essington Canal as the long urban cut which runs from Wolverhampton eastwards to Brownhills, where the putative Lichfield Canal descends from Ogley Junction.  The Wyrley Bank Branch strikes off north from Sneyd Junction in Bloxwich, just north of Walsall sitting firmly in the midst of what most boaters regard as the 'northern badlands', where feral youths sometimes run amok, hurling stones at the few craft that venture into their territory. 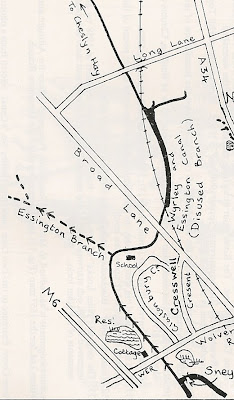 It was therefore with some trepidation that I set out, initially planning to park my car on Vernon Way near Sneyd Junction but, having noticed the Colditz like fortifications round the nearby school, settled on a more prudent approach and parked in Tettenall, on the far side of the M6.

You could say that this canal was a bit of a slow burn, approved by Parlament in 1792 and a section opened to Essington in 1798, only to close in 1829. However, the canal was reopened in 1857, this time all the way through to Wyrley Wharf at the Great Wyrley Colliery, 3.5 miles north of Sneyd. Whilst the coal lasted these northern canals prospered, allowing the BCN to thrive long into the 20th century. But nothing stands still and with the workings played out, the line was closed in 1954, this time for good. 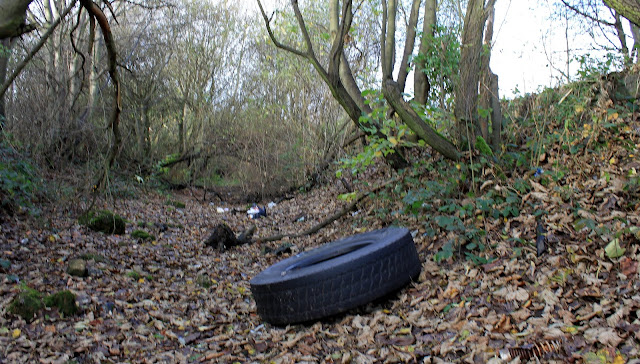 By the 1980's the last of the coal in the area was clawed out of huge open cast mines the scars of which are only now starting to heal. All this open cast mining did bring a benefit to the canal in the form of grants for restoration into a nature reserve, which is delivering a lasting benefit to the local population.

As part of my preparation for this exploration I started with an internet search, which identified the very informative Wyrley and Essington Wyrley Branch Management Plan, which details the rehabilitation of the northern two thirds into a footpath and nature trail. From this I took a 'fly by' using Google Earth satellite images transposed onto maps. I also picked of the trail left by Eric Richardson, who's booklet 'In search of the lost canals of the Black Country' looked at what remained on the southern half in the early 1990's.

I fear that my visit to this waterway was completed in undignified haste, rather like gulping down a fine red wine in a series of huge swallows. Compared to many lost canals, there is a vast amount to see, and my expedition by bicycle was probably far to fast. True, I  took over an hour and a half to work my way from Sneyd in the south to the terminus at Cheslyn Hay in the north. But this still meant that I failed to savour each morsel as would have been the case if I been tackling it on foot. 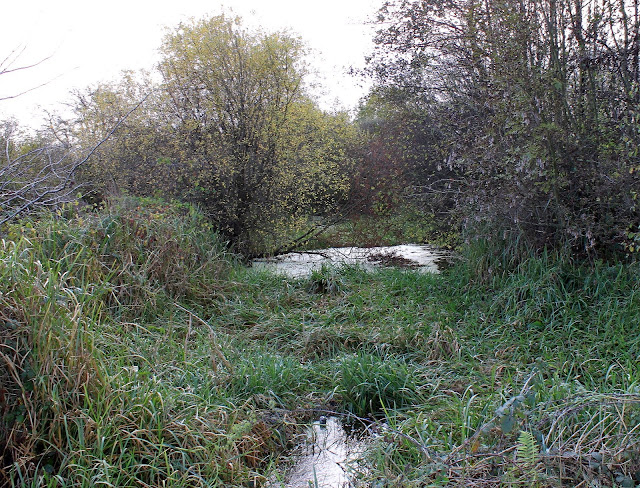 Having said that, this canal has a well made towpath along it's route, and it is quite possible to cycle from one end to the other in about 30 minutes. I can thouroughly recommend this footpath / nature trail for a winter excursion, but I would suggest that Cheslyn Hay makes a better starting point.

In addition to the main canal, a substantial arm exits about 3/4 mile north of Sneyd Junction. This was the Essington, or Vernon's Branch which climbed another five locks to reach the colliery at Essington and formed part of the original canal in 1798.

Given the scale of this abandoned network of canals I will tackle it is stages over the next few days:
I hope you enjoy my enthusiastic ramblings about this particularly obscure waterway. My apologies for any historical inaccuracies - this is a journey rather than a destination so any comments or corrections are welcomed.

The following extra images were collated by Duncan Moore from various one line sources: 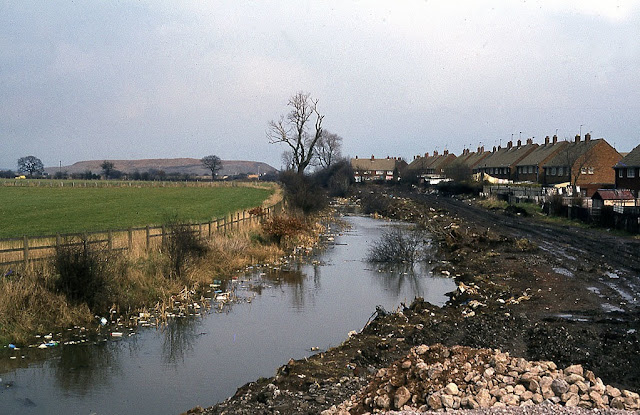 Yes, enjoying it very much. How fortunate you are to live within easy reach!

Halfie
My location certainly lets me indulge my interest in canals, possibly to an unhealthy extent.
I suspect that my interest in the lost sections of the BCN is a bit too obscure to hold the interest of some readers but hey, I write this blog as an open notebook mainly for my own satisfaction.
If you were at Great Barr for the Ownerships get together you were only about 10 mins from my home!
Andy

Hi Captain Ahab
Stumbled across your watery tales whilst googling the 'W&E' canal - I'm always on the look out for pictures/articles etc as on behalf of two angling clubs I control the fishing rights on the W&E at Pelsall and also the Cannock Extension.
Having lived within 1/4 mile of Sneyd Reservoir some 30 years ago (and now at Gt Wyrley) your posts regarding these disused (and in part lost) sections of the BCN have certainly held my interest as I can relate to all of this element and features of your blog.
Thanks for sharing them with us - I shall enjoy dipping into the rest of your tales
Tony

Tony
I am glad that my on line notebook of my waterway explorations is of interest to you. With over 60 miles to explore there is no shortage of material!
Andy

I went walking over Pelsall Common this week and noticed a curious cut-out in the side of the "Curly Wurly" by Fishley. Back home I looked on the 1921 os map and saw the cut-out was the start of a branch about 1 mile long wandering due west, under Fishley Lane towards what was Newtown.
A quick Google shows a definite line of the old branch still in existence.
It looks like it's worth a bit of research and a mooch about on the ground.
Do you know anything about this Newtown Branch?

Dave
I think you are referring to the Lord Hay's Branch which is a bit challenging to explore on an account of public footpaths. That said I indulged in some light trespass and found the following:

Thanks Captain you're dead right it is Lord Hays.
I'm not a boater but I do find your blog very interesting. Wish I was younger and fitter and could explore some of the fascinating part you get to.
Keep up the good work.

Thank you very much for your stories and accounts of the English canals! I think they are brilliant! And very well written, so it is also easy and enjoyable to read for non-English speakers like me.
I first came across your website when looking up information about the Longdon upon Tern aquaduct last week. I am now reading the "Other 60 miles of the BCN"-section and I would like to encourage you to have this published in book format. I would most certainly like to buy a copy. Maybe old-fashioned these days with the Internet and all, but I still sometimes prefer the joy of a physical book...

Leon
It is a bit an ongoing saga, all this research into the lost bits of the BCN. I suspect that there is a book in there, but it will probabaly be a book of circular walks which take in the old and the current BCN. At present the chapters are coming out one at a time via the BCNS quarterly magazine.

Leon
Also - in my rel life I spend all my time corresponding with people for whom English is a second language so I guess its a habit to keep things simple.