Having left the restored open cast mining area behind, the canal quickly reverts to a dry tree lined channel, with some evidence of mine loading bays to be seen in the form of crumbling brickwork mixed with tree roots. 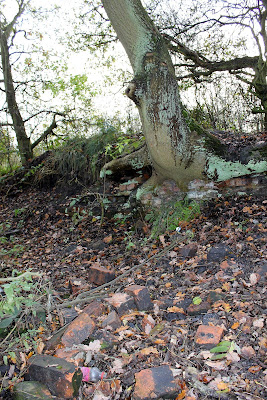 
The nature of the canal changes for the last half mile, clinging to the side of the hill, presumably Wyrley Bank, with a steep drop off to the east. Mid way along this stretch there is the site of a major breach, where the flow of water has blasted a big gap in the side of the canal.

Whilst this was the site of the Great Wyrley Pit, it is all residential housing now and a walk along the towpath gives a good view into the back gardens. Mid way along there is something of a narrows, which was the site of a wooden access swing bridge, a photo of which is included on a nearby display board. 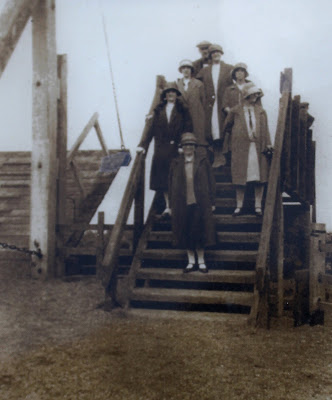 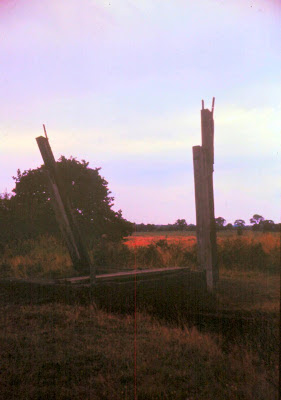 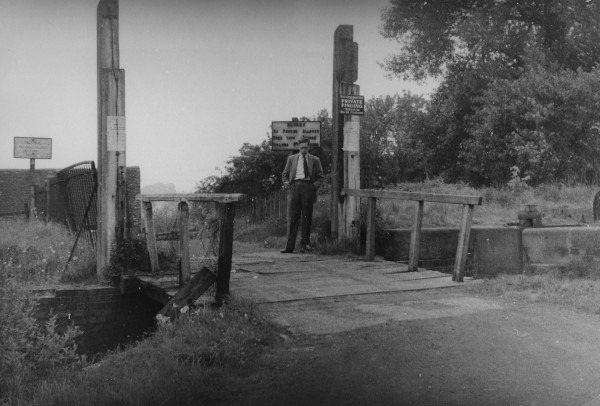 The canal finally comes to an end, swinging round into its final basin near Dundalk Lane, complete with more display boards and some seats on which to rest and eat your sandwiches. Sadly, the car park built to service the Mercia Forest Path of which the towpath forms a part has been closed due to anti social behaviour. Maybe we're not so far from Bloxwich after all! 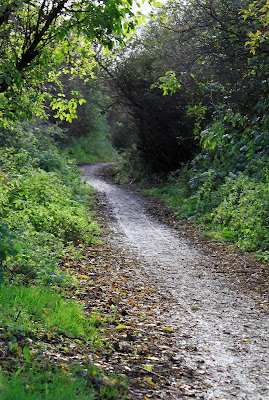 The start of the Mercia Forest Path, and the Wyrley Bank Branch canal at Cheslyn Hay.

This particular canal branch served the local pit (nook) ?. Did this canal run across into long lane and then meander down into what is known as broad lane and Moseley estate. ??.They used to call it the dead cut .I believe one of the farmers blocked part of it off in the 1960s .
Regards
Mike birch

Mike - there is a lot of canal left south of Long Lane as it runs largely in water to the railway bridge next to the site of Norton Cannock Colliery basin and then on to a second railway bridge just north of Bloxwich.
Andy

Hi Andy. The picture with the gentleman standing on the drawbridge is the drawbridge that stood at lock 5 at The Sneyd, providing access to Sneyd House itself. You'll note the "Private Fishing' sign this related to fishing on Sneyd Reservoir

I spoke to the guy who lives/lived in the lock house at Sneyd in the late 80's.
He told me that the BCN moved their main offices into the top lock at the beginning of WW2 - using it as an air-raid shelter.
This mean the branch would have been blocked or drained of water above the top lock.
I'm just passing-on what I was told.

don't shoot me - I'm only the messenger