Having covered so much ground yesterday we decided to repeat the exercise and set our alarms for 6.00am. However, there is sometimes a gap between intent and action. 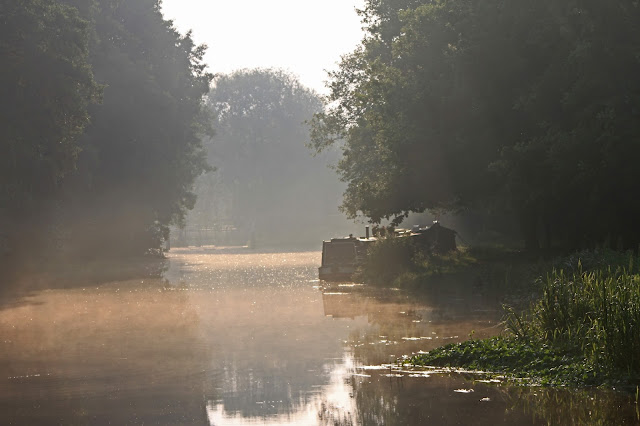 Misty morning on the Wey

I intended to get up and did so, but Helen had a bad night and didn't! She looked so bleary eyed at six I suggested she went back to sleep and I would take the boats down to the services at Pyrford Lock. As it turned out I turned the lock whilst the water was filling and then dropped down the shallow lock on my own, and just carried on. I think she eventually woke as I passed he junction for the Basingstoke Canal a couple of miles further on. 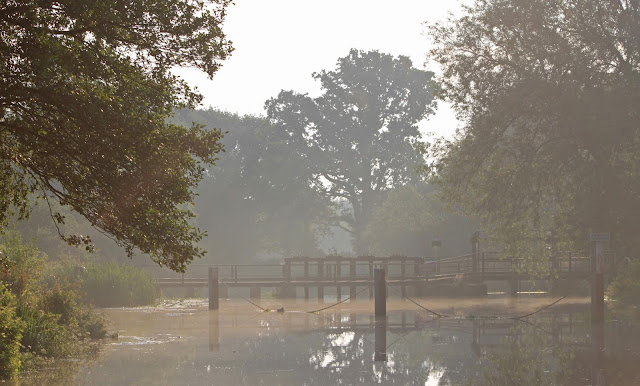 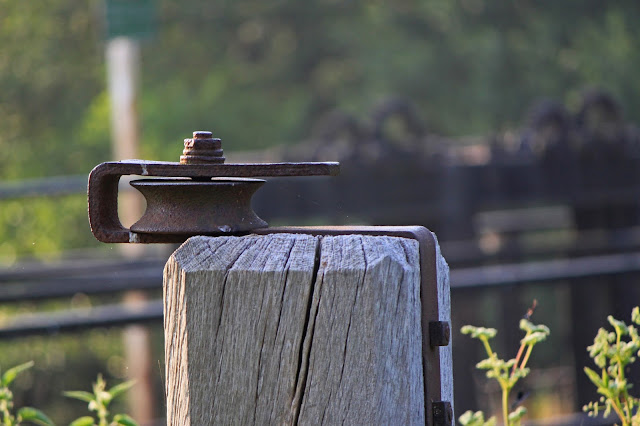 The early morning was delightful, with a heavy mist hanging over the meadows and everything dripping with dew. Much to my surprise I discovered Melaleuca moored stern out about 400 yards downstream from where we had stopped. There was no sign of life so I puttered past and into the mists swirling around Walsham Flood gates. 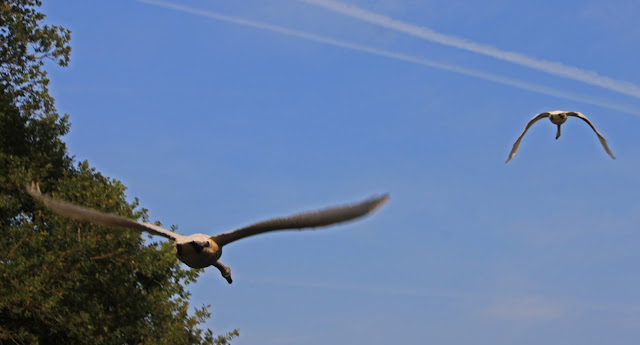 I am not sure if its on account of the cooler temperatures making cruising more pleasurable, or the benefit of going with the flow, but we seemed to make rapid progress down the navigation passing New Haw and Coxes Locks in quick succession and by 10.00am we found ourselves leaving Town Lock with its sharp bend and approaching Thames Lock with its resident lock keeper. 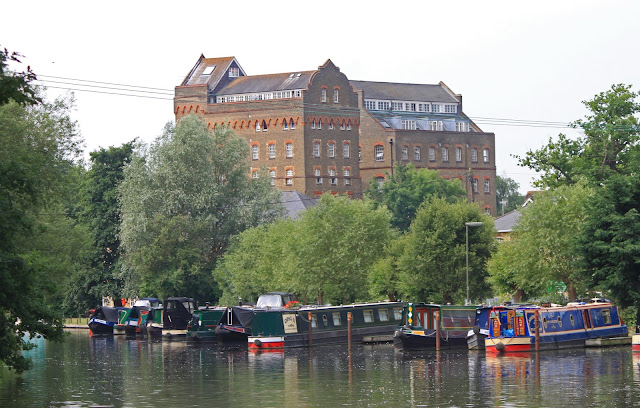 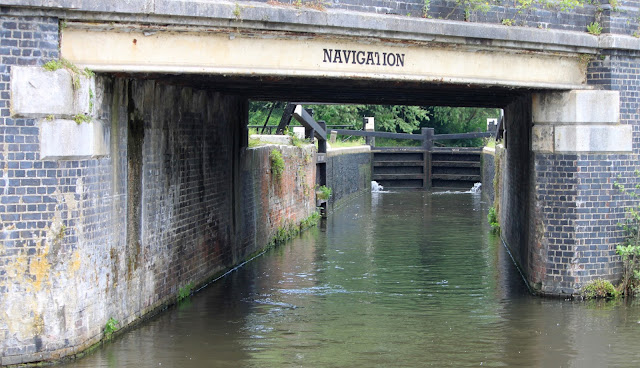 We brought the butty back to into the river breasted formation and were helped down through both locks and there we were, back on the glistening Thames at Shepperton.

Well, that was a bit of a surprise. We had crawled up the Wey navigations over three days and came back down it in just over one. But this isnt a navigation to be hurried, Its a delightful mix of canal and river and represents the first modern era navigation. It is quirky, with irregular locks which can catch you by surprise and many split channels where its reassuring to see a letter box bridge with the word Navigation telling you which way to go. What is most amazing is its isolation. Its a 20 mile waterway which runs through a densely populated area but apart from Guildford there is nothing to be seen except pasture water meadows and occasional glimpses of church towers in the distance. 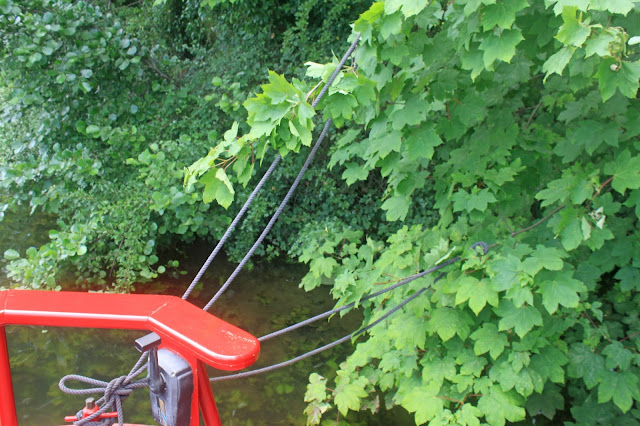 Dodgy mooring or what?

Of course, there is unfinished business up here. Sure, we made it to Godalming, but we never ventured up the 30 mile Basingstoke Canal. A good reason to return, maybe in 2019. 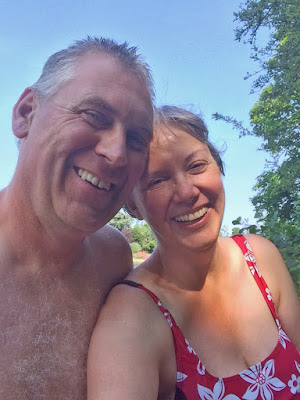 Back on the Thames the sun burned away both the mist and the high cloud and by noon it was pushing 30C. We ran downstream to the Molesey Reservoirs, a couple of miles upstream from Hampton Court, and found a nice shady spot under the bank and hid for the rest of the day.

By 4.00pm we had both dozed and decided to take a dip in the Thames. I will let the pictures tell the story.... 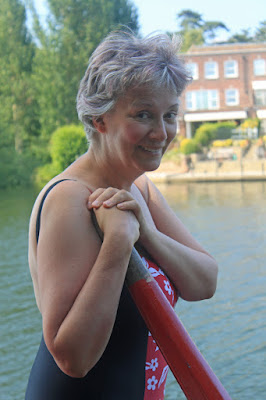 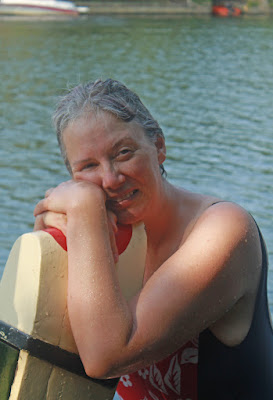 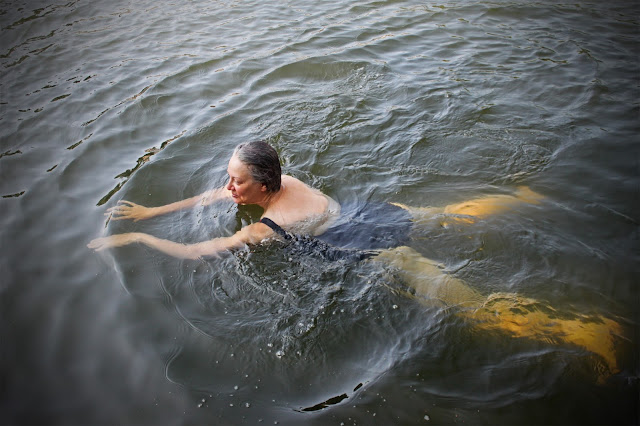 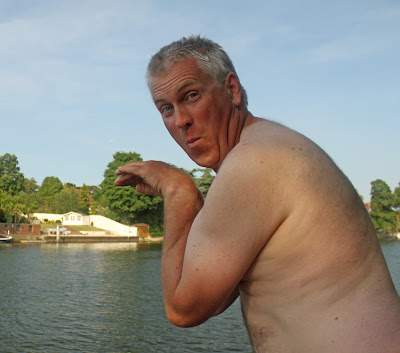 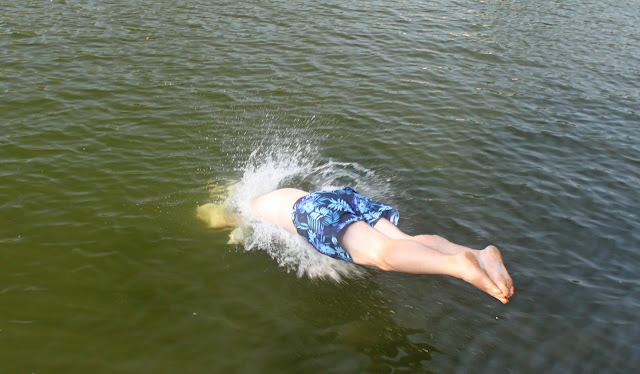 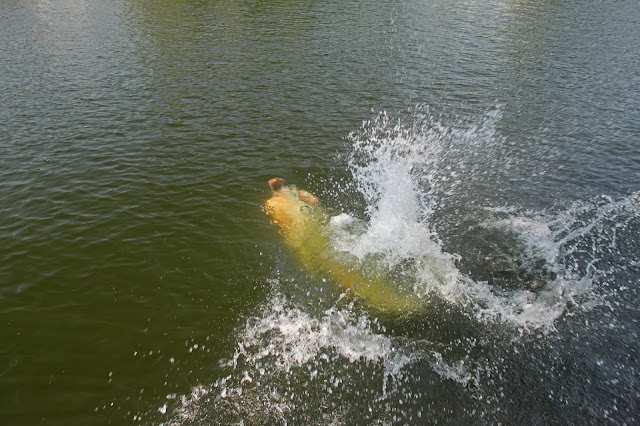 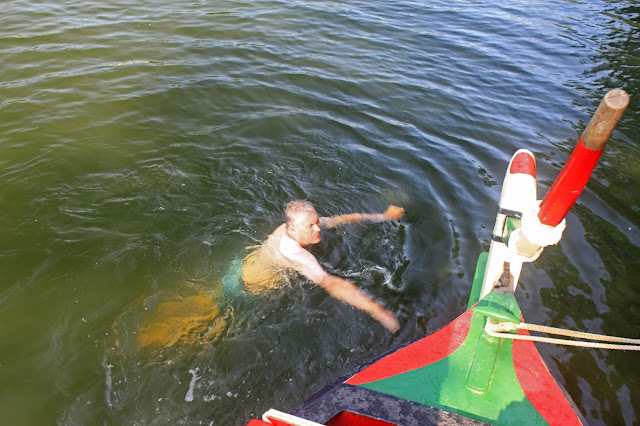 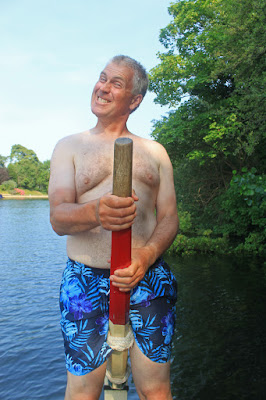 Well, I did grow up in the Benny Hill era!

All Melaleuca'a moorings on the Wey were "stern out". A river where a plank is a vital accessory. You did well to slip past, we're familiar with the theory of getting up early to miss the heat of the day, but very bad at the practise. Where we moored was an excellent swimming spot, the shelving bottom that kept the boat away from the side was soft sand, and made a very nice route into the water. A good photo: I shall keep a personal copy of that, if I may.

By all means Simon! I suspect it was a better bathing spot than ours on the Thames where the best means of getting out is climbing up the butty elum.
Andy