We have been on the move pretty much continuously since we left Thrupp three weeks ago and, having found a seven day mooring in Paddington Basin, we decided to stay put for the day. The next leg is along Regents Canal with its locks, which will undoubtedly be busy during the weekend so a Monday transit will probably be easier. 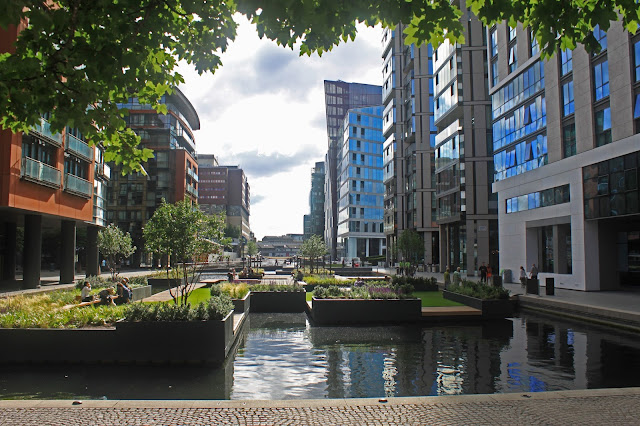 Paddington Basin is a place transformed with flats and office buildings towering 15 stories around the far end. The canal basin has been incorporated into the heart of the redevelopment and at the very end a funky floating pocket park has been built which incorporates trees, planters, astroturf, benches and shaded areas. During our visit lots of people were using it, with children playing and parents chilling out. I was a bit sceptical about the idea but it has been done well and seems very popular. 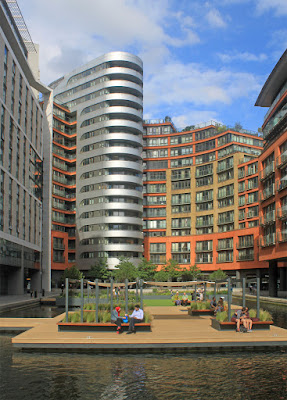 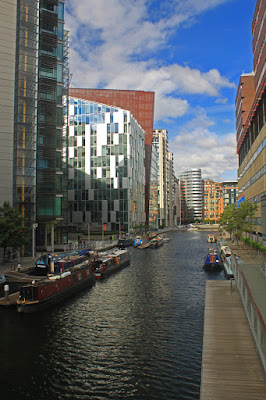 There are a couple of rather interesting bridges around the basin, one a fan bridge and the other one which rolls up into a hexagon. The movable bridges are operated at published times three time a week and are becoming something of a tourist attraction.

An added attraction is the fleet of electrically propelled day boats which are operated from a jetty opposite our mooring. These little craft have found a market and are constantly flitting around Little Venice. The basin is also home to a paddle board centre, catering for beginners and experts alike. This morning found us doing our weekly wash with nervous novices kneeling precariously on their boards for the first time. 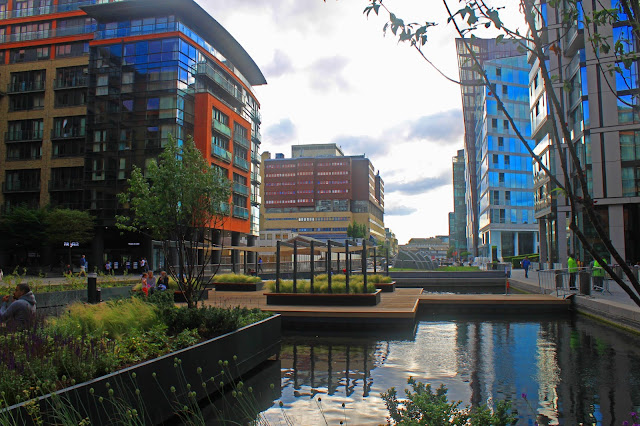 Whilst footfall on this side of the basin is low, we put out our stock boards and flew some bunting, which brought in a steady trickle of customers. We also took the opportunity to prepare three batches of Lemon and Lavender Marmalade which will be made up tomorrow. 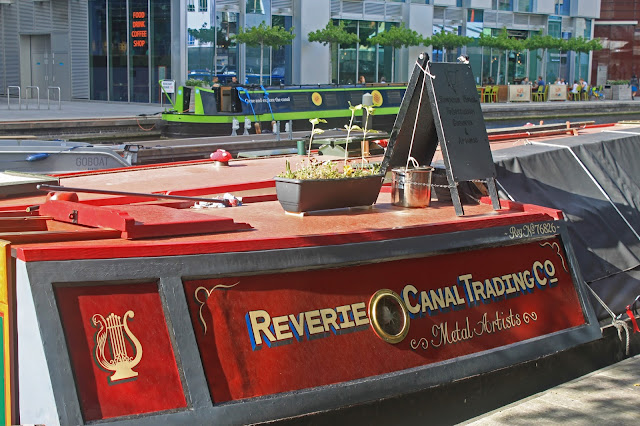 The day was enhanced by Reverie being moored up in front of us and as its two years since we last saw each other we generally caught up and put the world to rights. 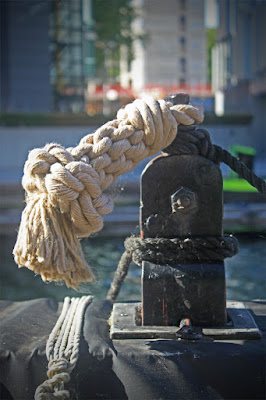