Not the most dignified start to the day.

Within 10 minutes of pulling away from Bulls Bridge I noticed a sharp pricking sensation from my nether regions, and was dismayed to discover that a hoard or ants had invaded the back of the boat during the night. I had, in a very literal sense, got ants in my pants. Helen was below having a shower so I resorted to rummaging inside my trousers to try and remove the offending insect. Fortunately no one was around to witness my antics, much less report them to the relevant authorities! 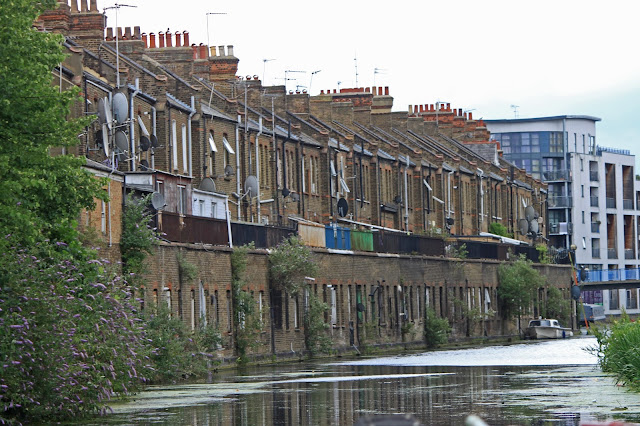 
With the embryonic ant colony dealt with it was down to the serious task of navigating the boats the four miles to High Line Yachting and their supply of diesel. Initially all went well. The water was clear and clean and it was happy days, but then things took a turn for the worse as the channel clogged up with thick weed which floated mid canal like an aquatic stinger. 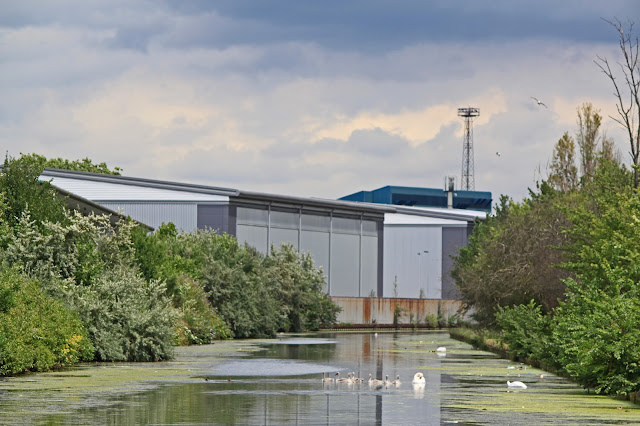 Weedy around the North Circular


We pressed on and breathed a sigh of relief when we arrived at the boat yard with less than a quarter of a tank of diesel remaining. This lack of fuel was also causing the stern to lift two or three inches and impairing our towing configuration. The price was about 74p per litre which is more or less on a par with the fuel boats and about £110 was pumped in, enough to keep us moving for another month. 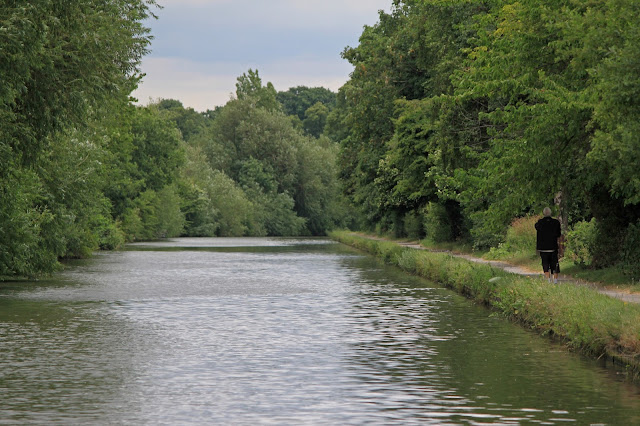 
This trip into London along the Paddington Arm is all new water for us and given the horror stories about mooring congestion, I was a little apprehensive about what we would find. The key question for me is "can boating into London be an enjoyable experience?". I was a little taken aback at Bulls Bridge were a couple were taking over a wide beam, clearly for the  first time with surveyor marks here and there all over the hull. If this happens when I chance by, what sort of mayhem are we sailing into? 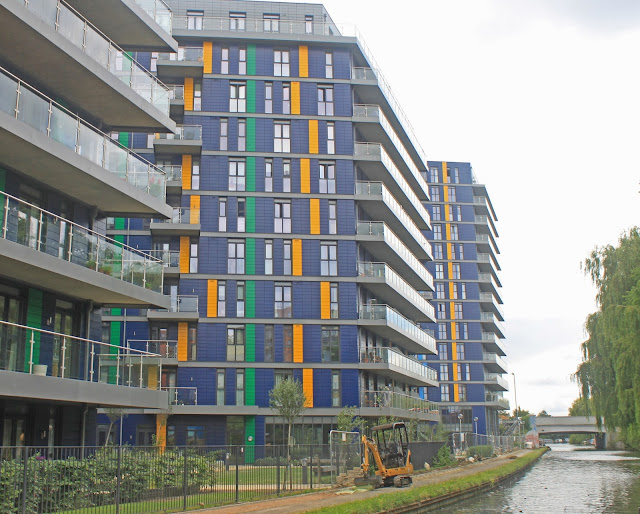 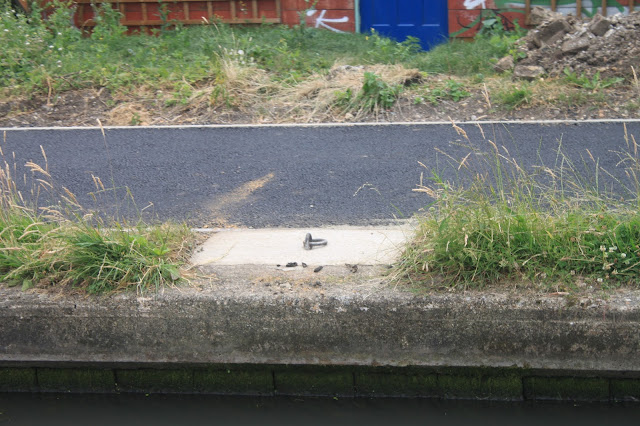 
Whilst there are a good number of moored boats here and there, its fair to say that in all areas, even in popular areas like Kensal Green, spaces did exist should I want to stop. In the more outlying areas it was mostly open canal with just a smattering of wildlife for company. The first six or seven miles are comparable with the Worcester Birmingham as it touches urban areas from time to time, but mostly stays remote in parkland and next to a golf course. When it does change it becomes more like the approach to Wolverhampton with weed everywhere, but also with the ever present line of boats in all shapes and sizes. 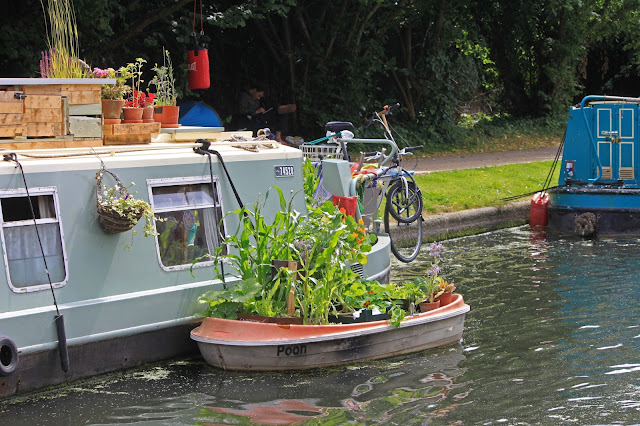 I would have to say that the population of the Paddington Arm does have a couple of advantages. 1. The presence of other boats means that there is never any of that threatening isolation which can exist in some parts of the BCN and 2. the presence of boats means that there is safety in numbers and there are now a whole host of mooring options where you wouldn't have previously even considered stopping. 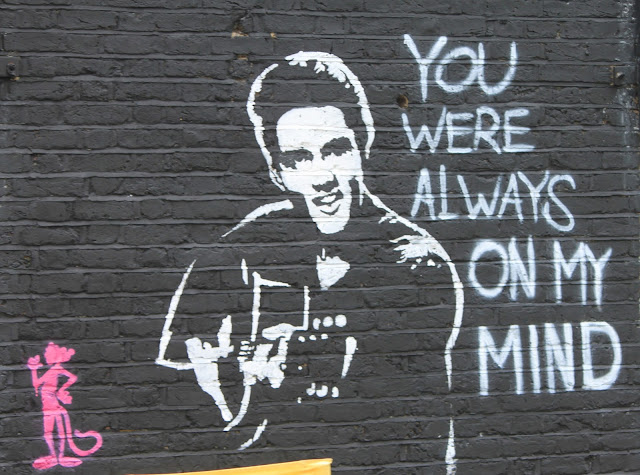 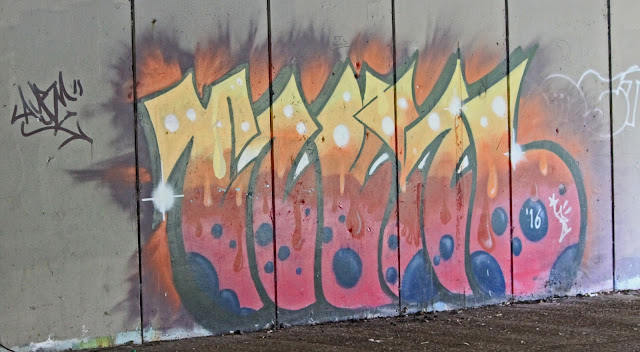 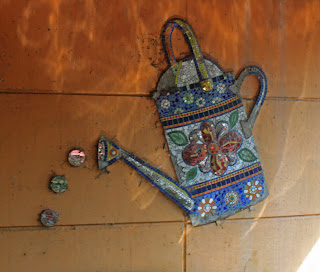 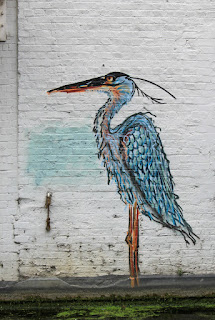 As for the boaters, they all seemed a cheery enough bunch. They waved and clearly liked the butty, although I suspect a lot were more than a little bemused. From my discussions so far and reading the posts on London Boaters Facebook page I can see that many have little boating experience and even things like lock chambers have been referred to descriptively as "tanks". So the observation is to be friendly and keep the language simple and not too "boaty". 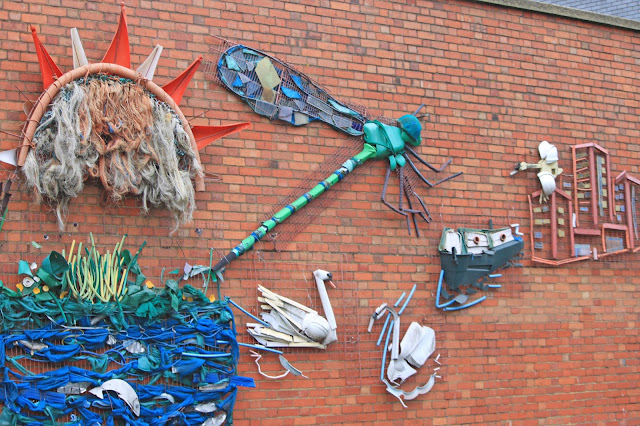 I was surprised at the lack of boat movements. I had expected Saturday to be a mele of boats chugging to and fro, making sure they didn't overstay the 14 day maximum. Perhaps they all move on Sundays, but given the number of birds nesting in the tyre fenders I rather suspect a lot hardly move at all. 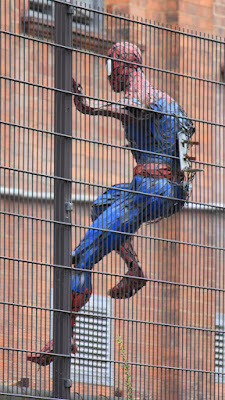 We used the facilities at Little Venice and then proceeded up the Paddington Arm to the terminus in the hope of finding a mooring spot, and maybe seeing Dan Hetherington and Keri-Leigh Poxon and their two boats, Lyra & Harrier.  Between them they run Reverie Canal Trading Co selling candles and amazing bespoke metal artwork. We found them right at the end and, as luck would have it, there was a space behind them which was just big enough for our two boats - to the inch. 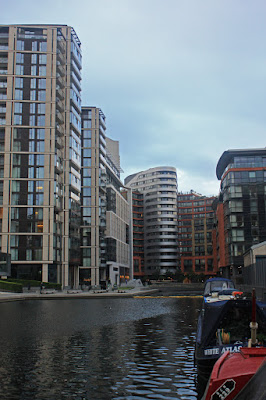 After all that travelling we have decided to have a pause and spend Sunday on this mooring, moving off on the Regents Canal on Monday when the traffic should be at its quietest.
Posted by Andy Tidy at 10:26 pm