February 2012
Having skipped the fields by Abbey Farm we drove round and had a look at Lilyhurst Road Bridge.  The humpbacked bridge behind Abbey Farm is not really visible from this side, and its not the sort of farm that would want you wandering round its premises. 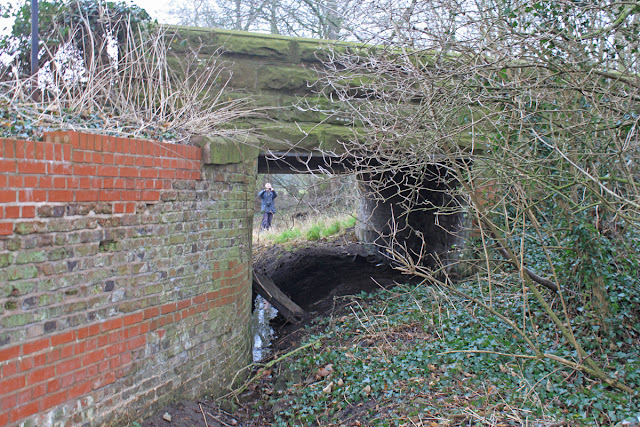 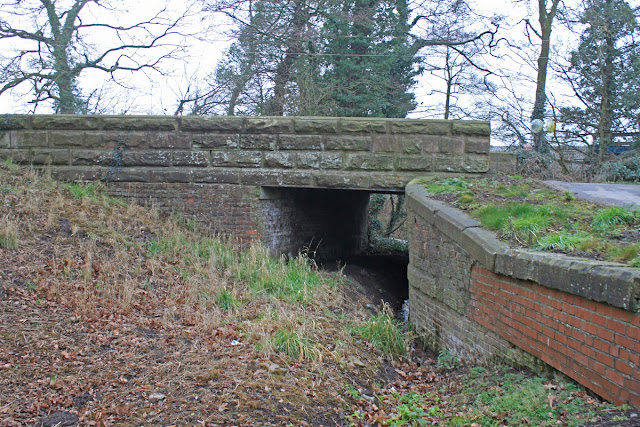 Lilyhurst Bridge
But no matter, the Lilyhurst bridge is intact and available for viewing. This is a flat topped bridge, favoured by canal owners in areas prone to mining subsidence and with a channel running beneath it. It is sufficiently in filled to demand a low stoop to get through but the western side reveals a large open area of boggy ground. 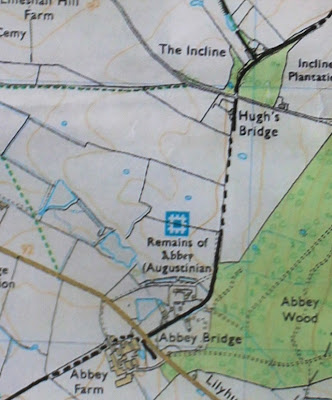 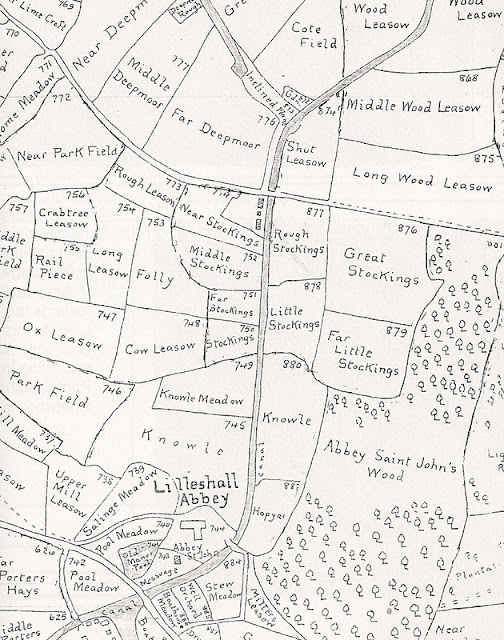 This was an interesting find as it is the site of a significant basin and an old boatyard. I had assumed that it was covered by the farmyard but it has survived its 150 years of abandonment largely intact. 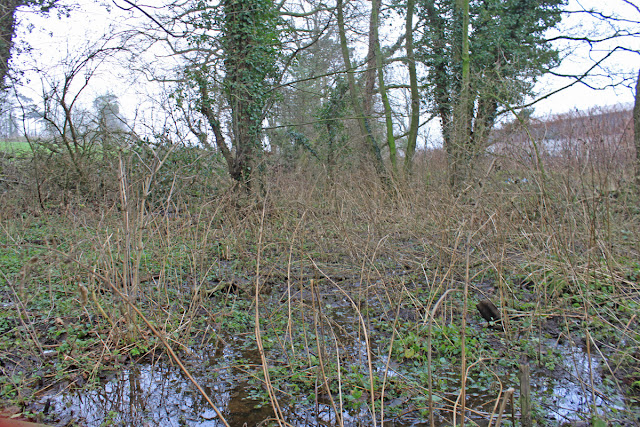 Lilyhurst Boatyard basin
The canal continues on its way to the north east, passing through private land before curling round the back of the ruined Lilleshall Abbey. Frustratingly, the Abbey was closed on the day of our visit so its a short stretch which will have to wait for another day. 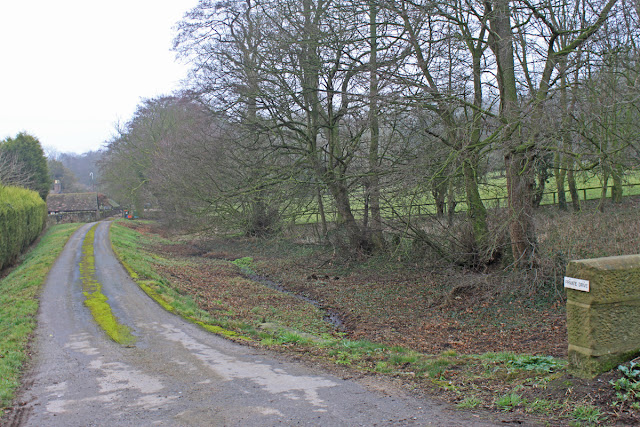 North from Lilyhurst Bridge
With the canal track ploughed out it was round to Hughes Bridge in the car, another flat topped structure carrying Childpit Lane.  Like the last bridge, it is dry underfoot but possible to stoop under but the way is impeded by a big pipe slung beneath the deck. 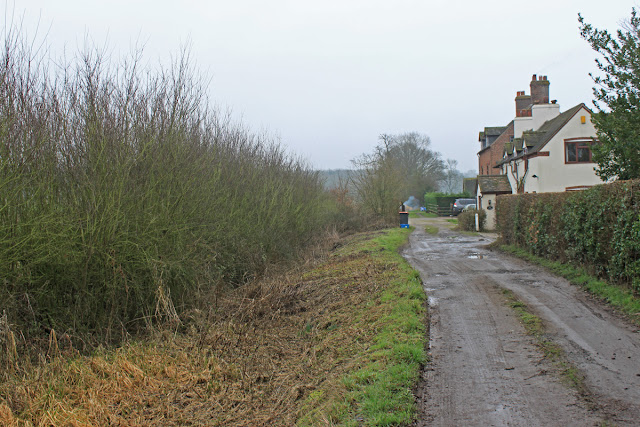 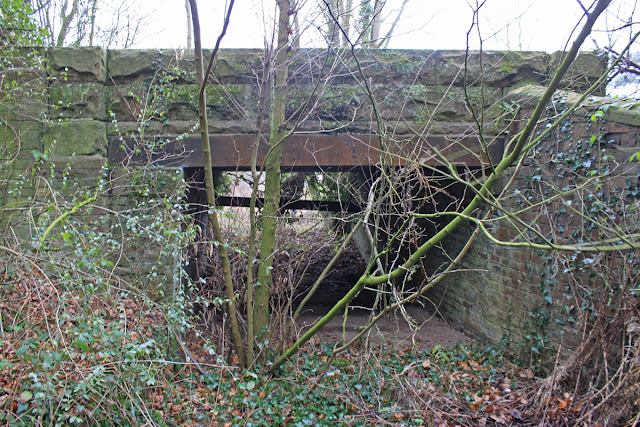 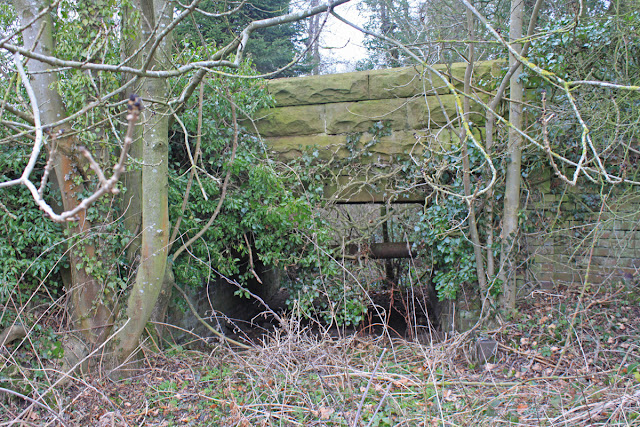 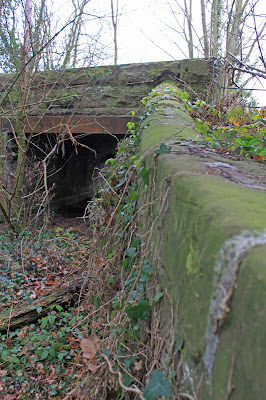 Hughes Bridge
The route continues through the trees to the north of Hughes Bridge, the canal bed deep and wide as it approaches the top of the Lilleshall Inclined Plane. There appears to be something of a basin opposite the plane, probably somewhere to maneuver the tub boats beside a private house. The site also includes a very old canalside building, most likely stabling for the horses which pulled the tub boats? 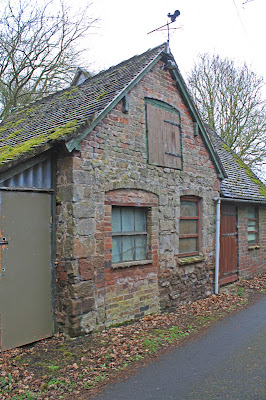 Canalside Stables at Lilleshall Incline
Beyond the plane entrance there is no access and the canal bed soon fizzles out into rolling farmland. 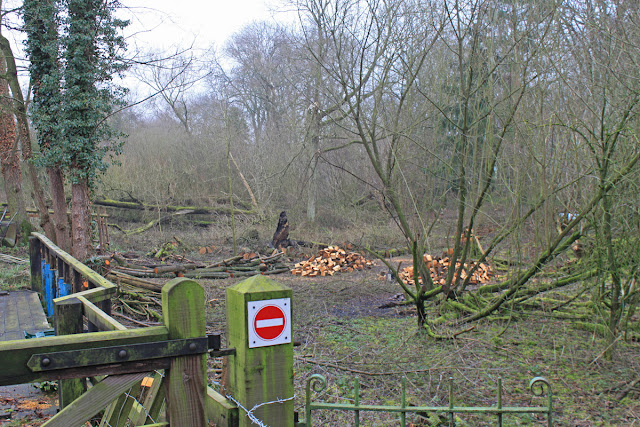 Canal bed north of the Lilleshall Incline
But before we explore the rest of the route to Pave Lane I think we will take a little detour along the Lilleshall Arm, route to an extensive limestone quarry and a rather unusual inclined plane. More of that in my next post.
Posted by Andy Tidy at 6:00 am

Two things, Andy: Why would a flat-topped canal bridge be better in an area subject to subsidence?

And the fields have wonderful names, don't they?

Halfie
That map with the field names is a bit of a gem.
Re flat topped bridges - they are much easier to jack up and add extra rows of bricks than knocking down a hump backed bridge. Lots in the mining areas of the BCN.

Thanks - it's obvious now you've pointed it out!

Hi sorry to bother you but I was reading with great interest your old blog about painting a narrow boat and the page on application was unavailable is it possible to repost it please as I have the same daunting task ahead of me
Thanks Norwn. NB Shell Bell
www.shell-bell.co.uk

Norwyn
I havnt got my links set up correctly! Sorry.
Application can be found by clicking on "newer posts" a few times or by using this link:
http://captainahabswaterytales.blogspot.com/2009/03/painting-narrowboats-application.html
Good luck with the project.
Andy

Thanks Andy I found the page now I just have to complete the project.
thanks again
Norwyn
NB Shell Bell