The Lilleshall Inclined Plane site is well worth a visit if you are ever in the area. Its junction with the Donnington Wood "mainline" canal sits at the top of the plane and is surrounded by a cluster of vernacular buildings which are contemporary to the canal, but whose purposes are not immediately apparent. 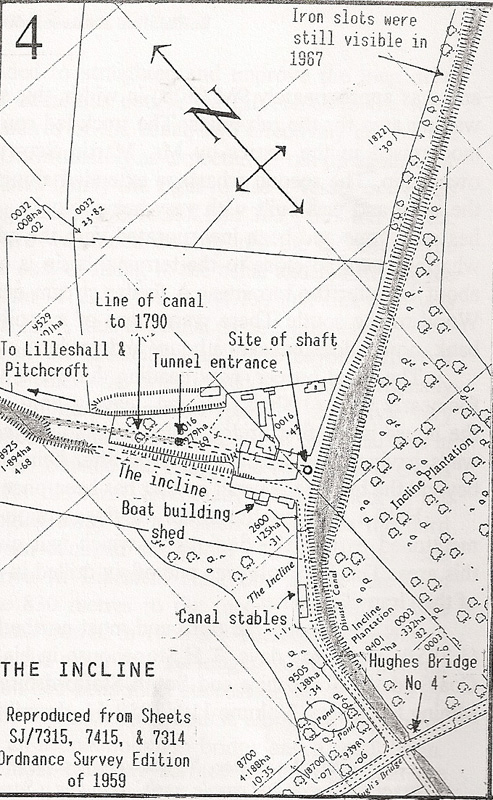 First there is the stabling seen in my last post  on the waters edge, its mossy eaves dipping low to the ground and then there are the shaky remains of what was probably  the old winding house, now a garden shed. 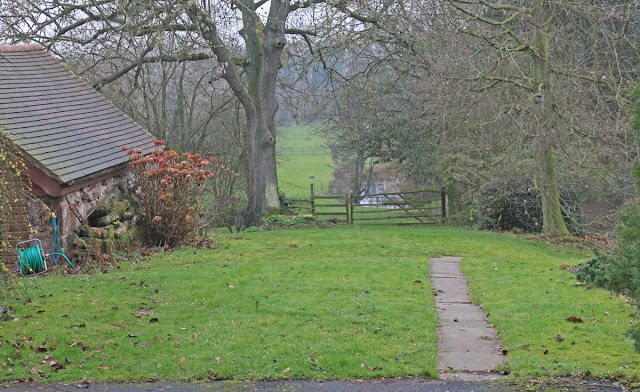 There is a good  view of the plane from between the house and its garage, but remember this is private land so take care not to intrude. 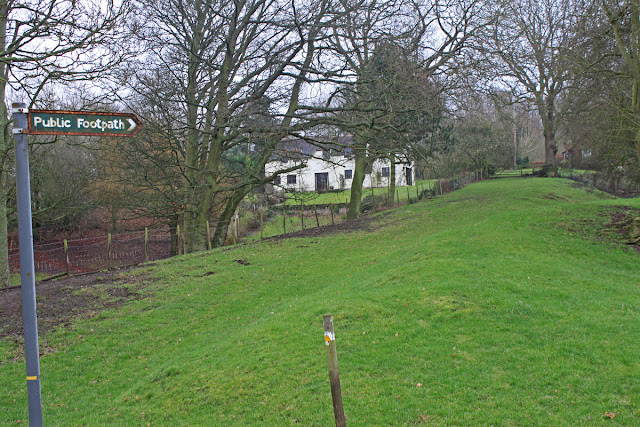 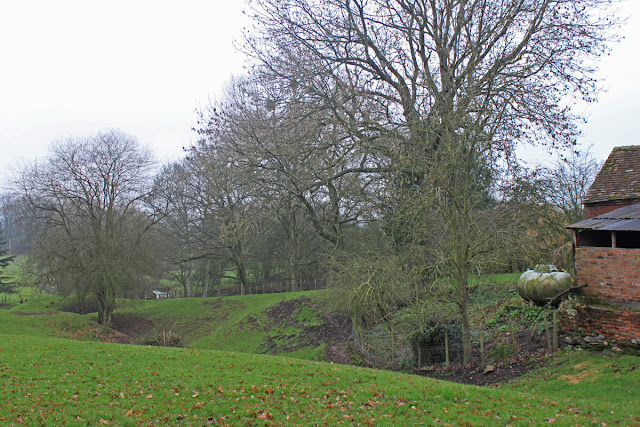 The public footpath is to the left of the plane as you descend to the Lilleshall level, 72 ft below. This path offers good views of the plane which has retained its evenly profiled slope. It would be a great spot for sledging, providing you remember to jump off before you take a chilly dip in the pond at the bottom. 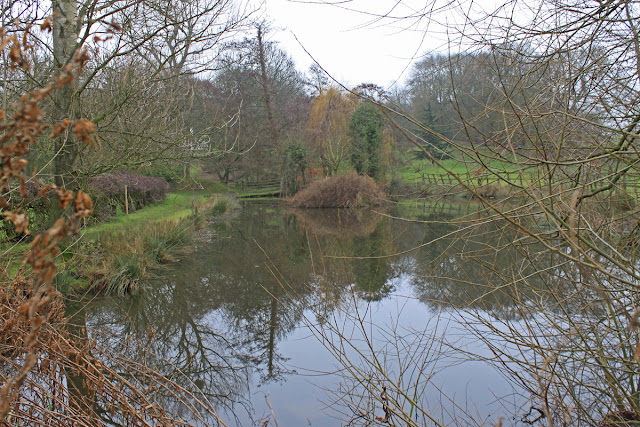 Pond at the foot of the plane

This pond is remarkably well preserved, with a small island in the middle but its unclear if this configuration is original or the result of some domestic remodeling in the subsequent years. Its from the bottom the site reveals its little secret: 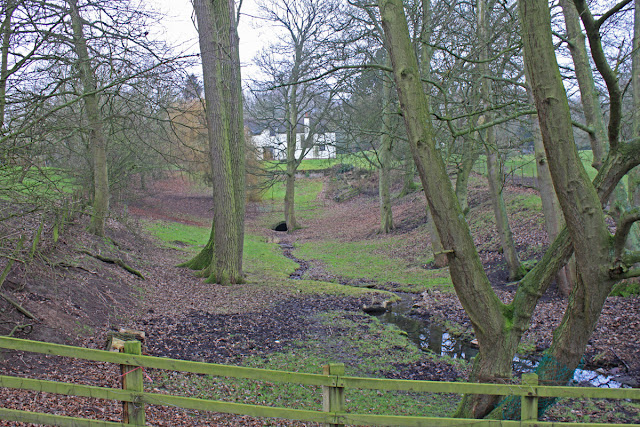 That's right, a second channel which leads to a small tunnel. The inclined plane is the second iteration of this lifting point. Its its first incarnation of 1790 the boats were floated into the tunnel and then hoisted vertically up a shaft to the upper level. This did not prove very effective so the plane was built to offer a better alternative. 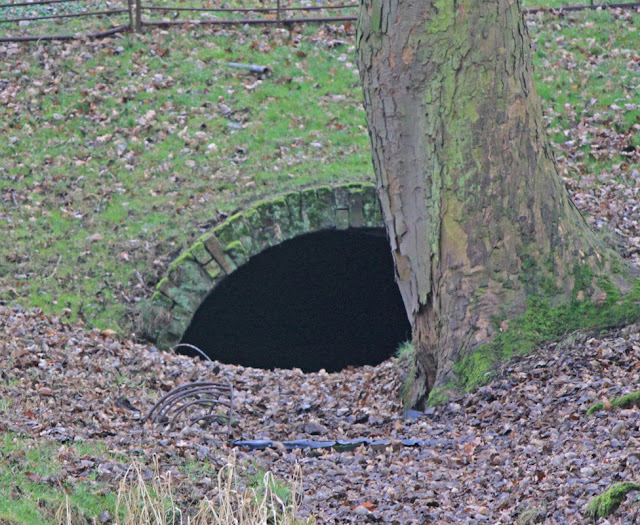 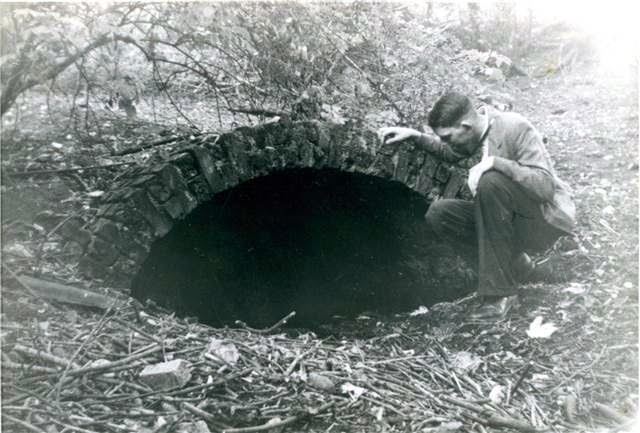 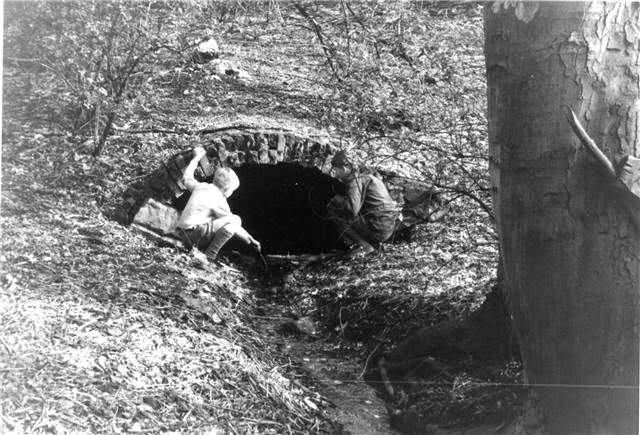 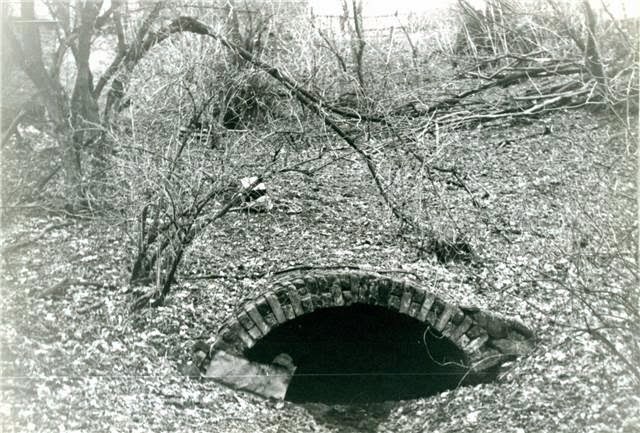 Very interesting, I remember exploring the lift tunnel in a canoe with a local historian and the then owner in 1970 or 71