Now we are entering the motherlode of the Shropshire Canal network, the original 1768 5.5 mile track created by the Marquis of Stafford to link his coal mines with his blast furnaces at Donnington Wood and Lodge.

If I am absolutely honest I don't know exactly where the later 1788 Wombridge Canal ends and the Donnington Wood starts. Probabably somewhere around what is now Smiths Crescent and was previously the site of theDonnington Wood Furnaces, at the foot of the Wrockwardine Inclined Plane, at the extreme left of the following map: 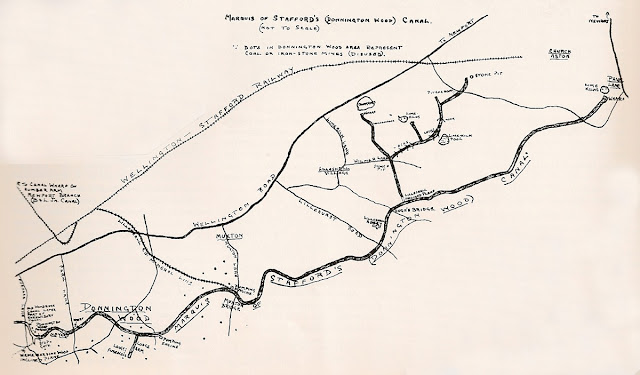 Click here for the course of the Donnington Wood Canal on a modern OS map.

One thing is certain, the junction is now buried under about 20 ft of spoil and then built over so its all speculation and conjecture. The one definite point is the bridge which leads under the garden of the bungalow at the end of Smiths Crescent so lets start from there - the point we left the trail as we concluded our exploration of the Wombridge Canal.

Beyond Smiths Crescent the route gets tricky. It enters a huge area of wasteland and at the first attempt we tried to convince ourselves that the canal traversed undulating land which we assumed had been excavated at a later date. In the end we exited the area and walked up St Georges Road and identified the crossing at High Mount on account of the unnatural hump in the road. We tracked the course back on some old maps and concluded that the line followed a hedge to the rear of a sheltered housing complex, running beneath a modern bungalow. 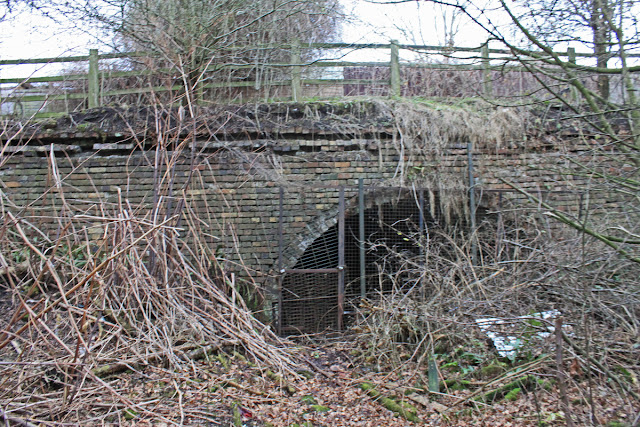 Bridge at the end of Smiths Crescent 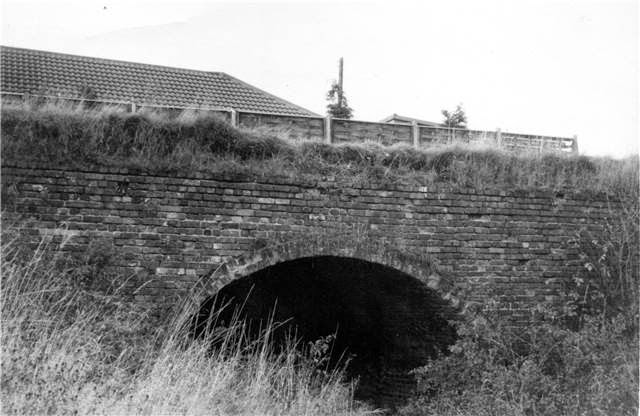 Armed with this reference point we went back to the bridge and started over. The saucer shaped depression of the canal is visible leading away from the bridge through the trees but then vanished for 400 yards till it strikes the boundary of the adjacent factories. An undulating path runs round the edge of the site but close inspection reveals a ridge hugging the 100m contour beneath us - the northern bank of the canal. This continues round the site curving north east. As the bed heads towards High Mount it is bordered by a very ancient layered hedge, a boundary set in the woods which pre dates the 1960's buildings which surround it. This is almost certainly the towpath hedge with a three foot deep linear depression beside it. Not a lot to go on but I am 90% certain that this represents the line of the old canal. 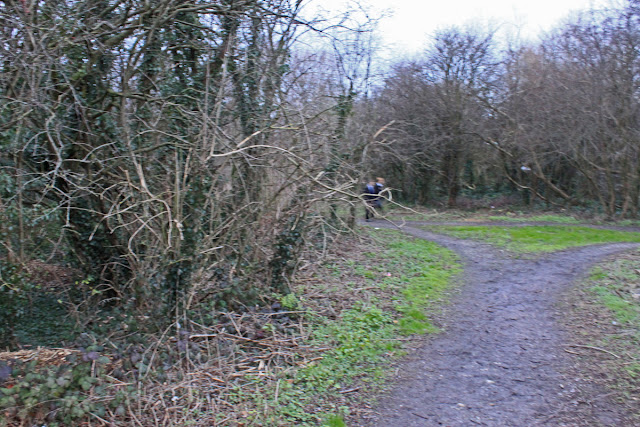 The levels work out more or less as the canal lines up under the High Mount St Georges Road (was Park Lane) junction and then it is speculation. 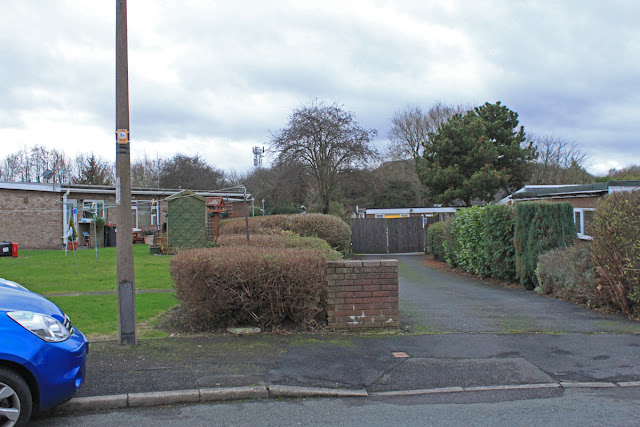 The canal came up this driveway, off High Mount 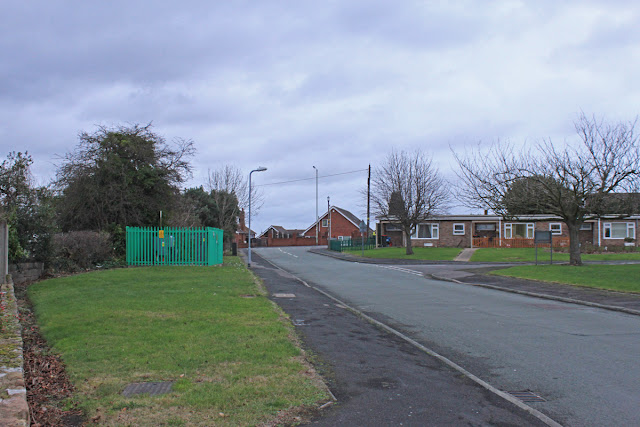 ...and across Park lane / St Georges Road about here.

The old maps show the route curving round 90 degrees in a big arc to the east, probably running beneath a section of Ash Lea Drive finally crossing the Donnington Wood Way and entering the open ground opposite, site of the long abandoned Granville Colliery. 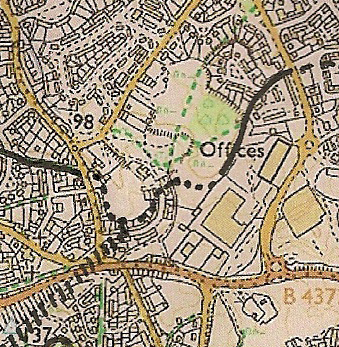 That's it for the start of the Donnington Wood Canal, a fragmented fingerprint over a heavily redeveloped area of Telford. Buts that is also probably the hardest bit. From here we head into open country where hunting is easier and remains are more plentiful.
Posted by Andy Tidy at 6:00 am