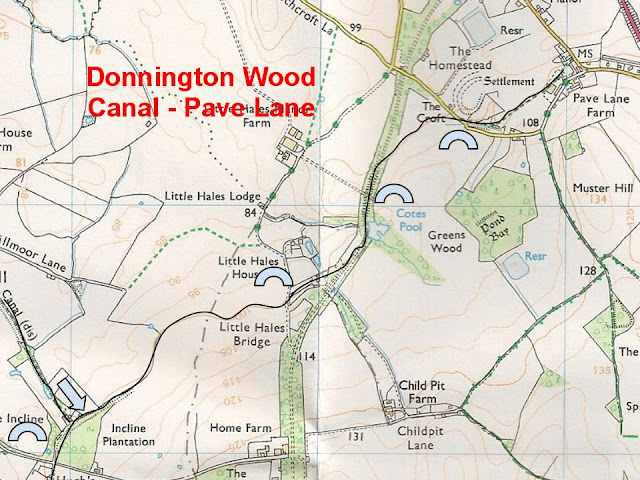 2012 map of the Donnington Wood Canal at Pave Lane 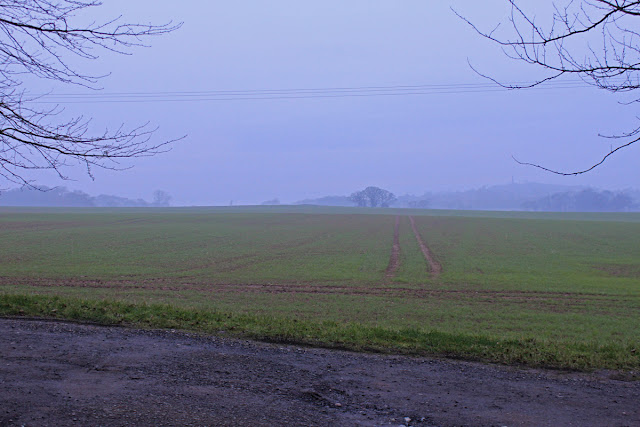 Looking along the course of the canal from Littlehales Bridge towards Lilleshall Incline
Soon after the Plane the route becomes indistinct, with large sections surrendered to the farmer's plough. Whilst no trace remains on the ground, the old maps conform to the modern topography and the 100m contour faithfully reflects the twists and turns of the old canal. Today all we can do is gaze across the fields and imagine. 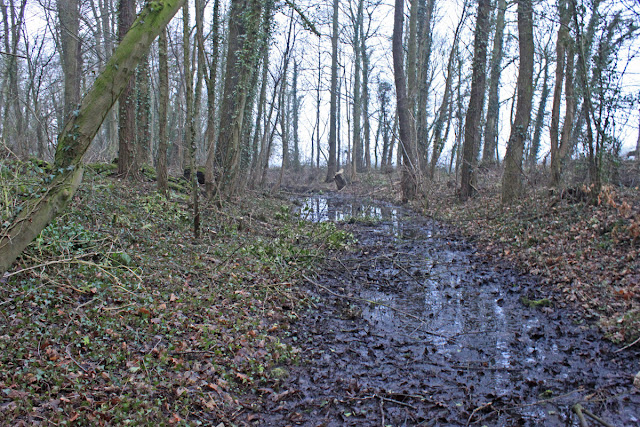 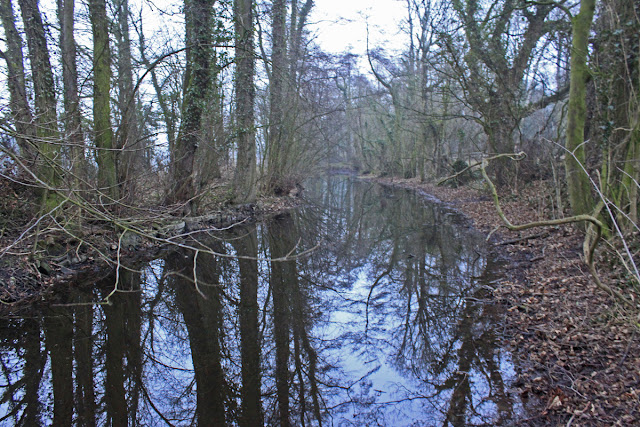 Donnington Wood Canal withing grounds of Lilleshall Hall
Things take a major turn for the better at the remains on Littlehales Bridge, or is it Little Hales - the maps are inconsistent. This is where we enter the edge of Lilleshall Hall's grounds, a home originally built by George Granville Leveson-Gower in 1750 (the same chap who owned the Granville Mine and Lodge furnaces, and the builder of the canal. The house was later rebuilt in its present format in 1829 and is now home the the National Athletics Centre. 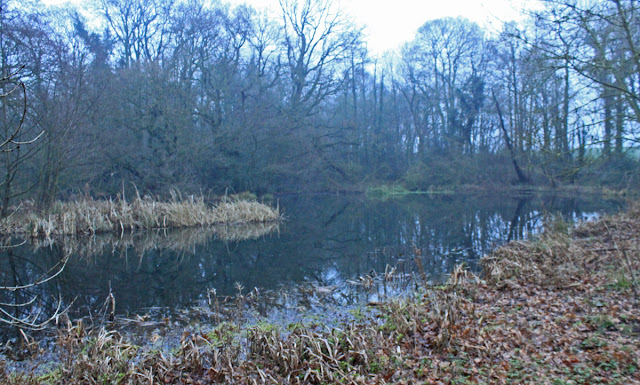 Cotes Pool - an old reservoir
Littlehales bridge is no more but immediately beyond its site the line of the canal remains in water as an ornemental pond, gradually drying out as it approached the hall drive. Now here is an unusual twist - as part of some improvements at the hall in 1896, a new driveway was built utilising the redundant line of the canal, passing the attractive Cotes Pool which stated out as a canal reservoir before starting to dip away beneath an attractive bridge. 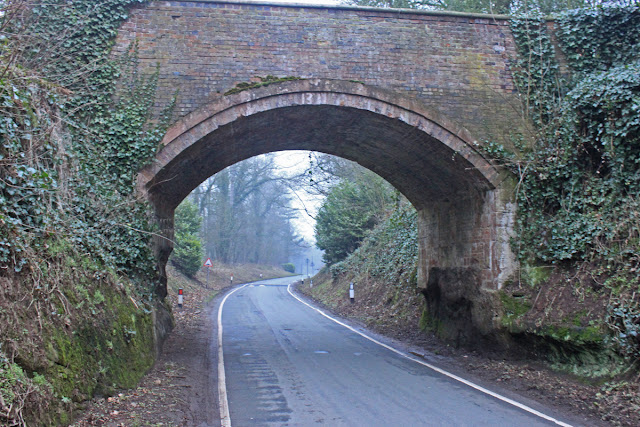 Bridge No2 astride the drive to Lilleshall Hall 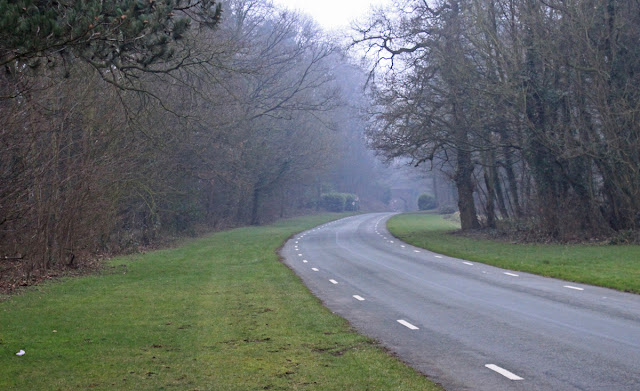 Line of the Canal - exits to the left  of where I am standing
This fall in the road is unexpected in a lockless canal but the truth is soon established by a close examination of the bridge. To provide the headroom needed about 6ft has deen excavated leafing the ends resting on exposed sandstone. And to emphasis this a hunt in the eastern margins of the drive  reveals a distinct bank - one of the canal sides before it takes off again into the open fields.
Posted by Andy Tidy at 6:00 am