Mudlarking on the Gower Branch
March 2012
I finally managed to make my diary fit with one of the Birmingham Canal Society's work parties, a monthly occurance when a bunch of canal enthusiasts set out for a particularly filthy section aboard the Society's workboat Phoenix, armed with tea and grappling irons. 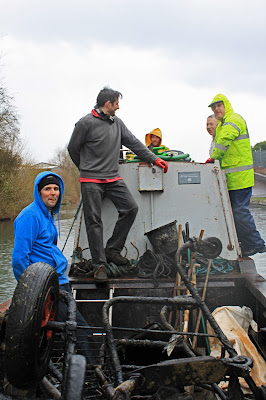 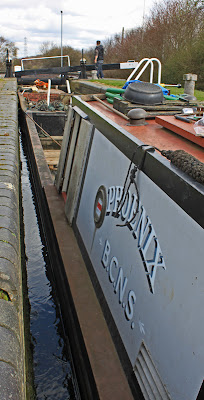 The crew of Phoenix
I hadn't met the guys before but they welcomed Jeff and myself like old friends, and I was soon steering the workboat down the Old Mainline to Brades junction. 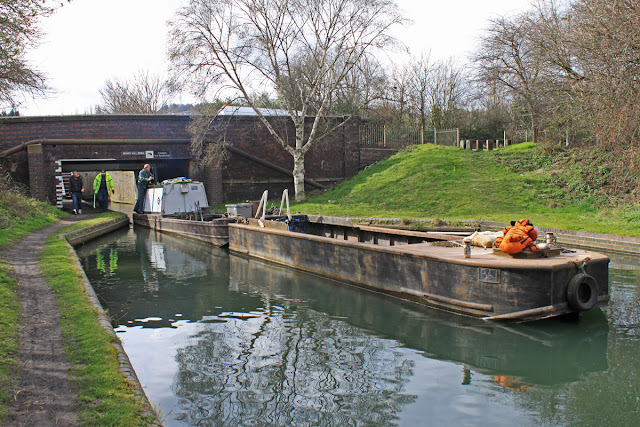 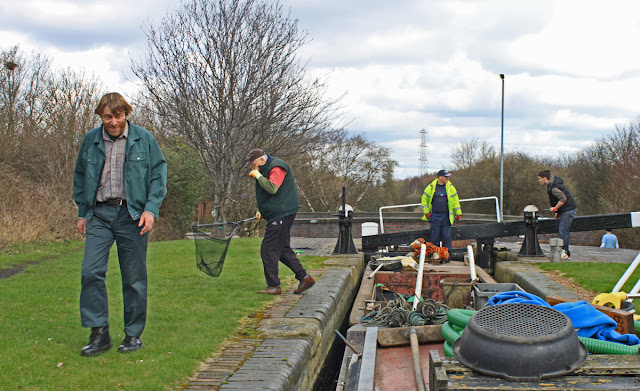 Phoenix arrives at Brades
We had great day out, hauling shopping trollies, tyres and all sorts of assorted junk from the canal bed, all covered in in an evil smelling slime!  Four hours was enough to load up the boat and we were off back to the Titford Pumphouse. 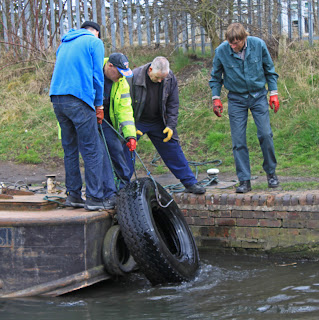 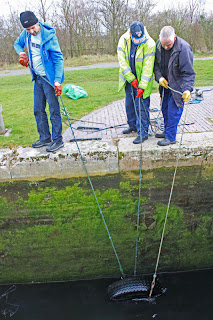 Troublesome tyre or a novelty fender? 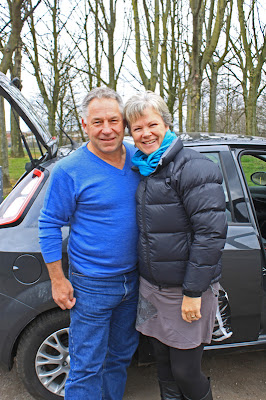 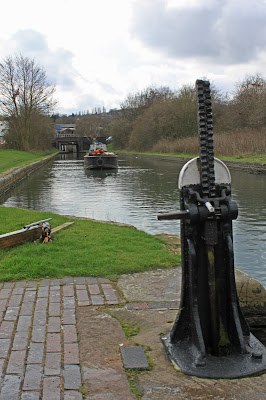 Barry and Sandra arrive at Brades
Along the way we met up with Barry (Northern Pride) who swung a grappling iron with enthusiasm, and then the three of us called in at the BW facilities in Tipton for a shower before going to Wand'ring Bark and a night time cruise to the Fox and Anchor at Coven, and a night aboard. 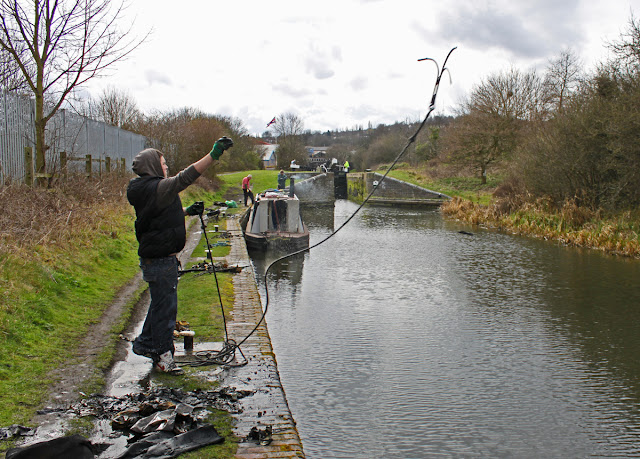 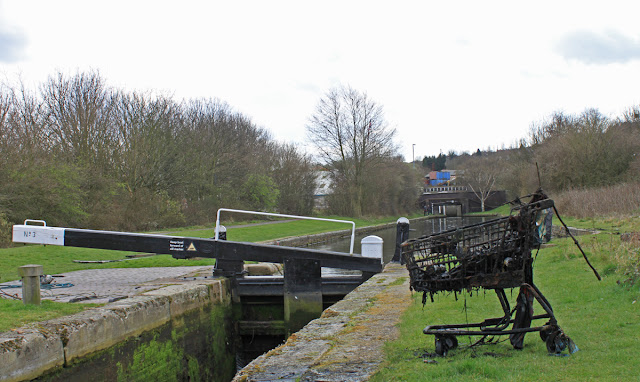 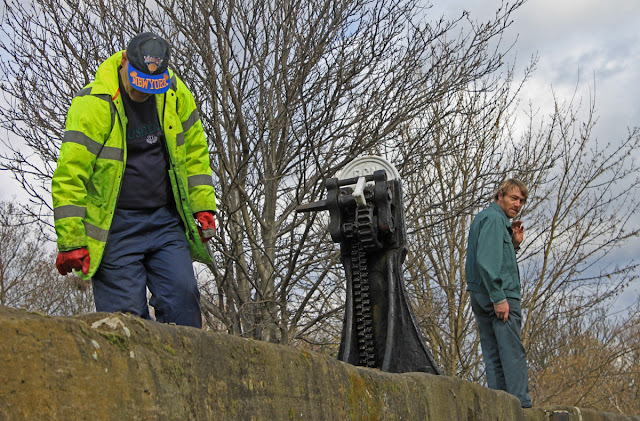 Jeff (another one) and Mike
All an all a truly excellent boating day - canals, friends old and new, and a few beers in the pub. When is the next work party?
Posted by Andy Tidy at 6:00 am

Answer to the question - when is the next work party - well the next time the BCN Society will be out on the Big BCN clean up on 20th/22nd April. This is based at Walsall and done in conjunction with other organisations as well as our Society. Phone Mike Rolfe our work party co-ordinator on07763171735 if you want to join us on our work boat Phoenix.