Other posts in this series:
1. Horsehay Branch north (this post)
2. Horsehay Branch south
3. Brierly Hill Inclined Plane
This post marks the start of my fourth and final days walk along the route of the Shropshire Canals, this time following the route between the twin termini at Coalbrookdale and Coalport on the river Severn, a few miles to the south. Sadly my brother, Dr D, was unwell so I followed the route alone. 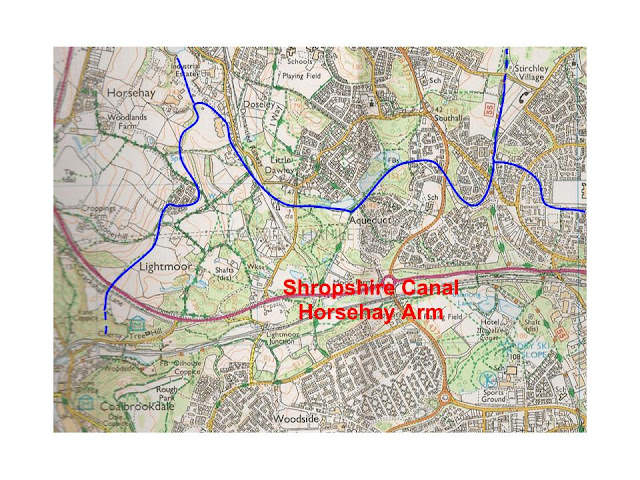 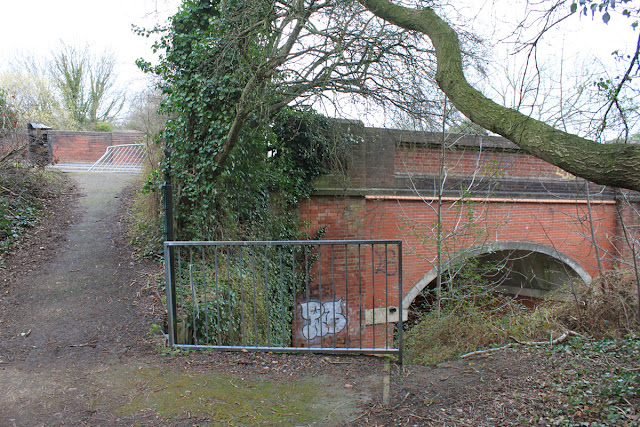 Course of the canal joining the mainline, now the Silkin Way 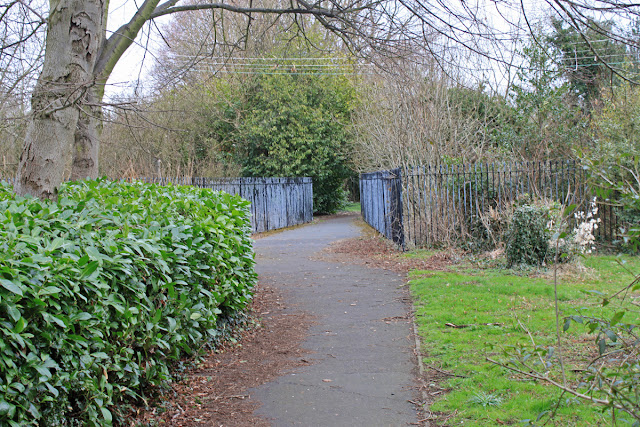 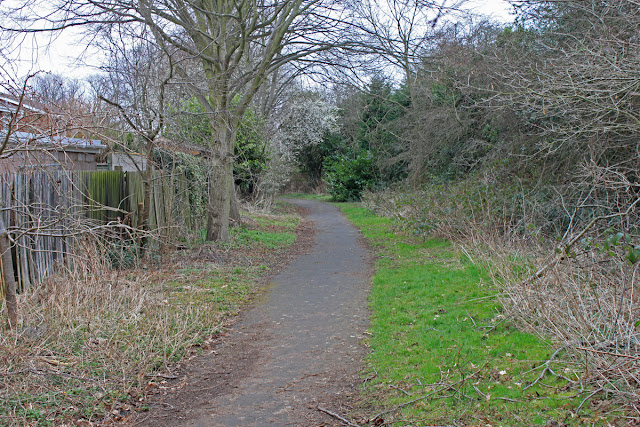 and beyond to Aqueduct
I picked up the trail at Aqueduct where the Horsehay Branch veered off to the west from the north / south mainline of the Shropshire Canal. This arm was built to connect the canal system to the Ironworks of Abraham Derby at Coalbrookdale, but which Abraham Derby? A look at my history book reveals that there were no less than four Abraham Derby's in the Ironmaking dynasty and for the purposes of the canal building exercise it was built at the behest of Abraham Derby the third, who had close connections with William Reynolds, the canal builder. 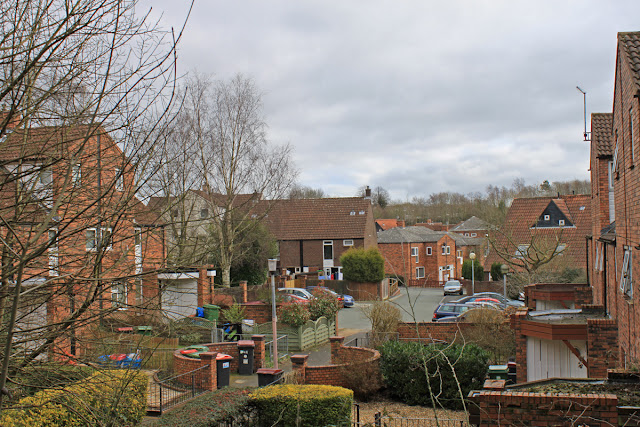 Line of canal through Aqueduct
The canal Junction lies along the line of today's Silkin Way, but the subsequent railway line was dug down about 10 ft into the canal bed so the levels are a bit tricky. The level can be identified as the canal crosses the aqueduct which still stands, and then curls round 180 degrees in a clockwise direction, its path still visible as an open pathway till it is lost in a series of small fields and then crosses the Castlefields Road into the modern built up area of Aqueduct. 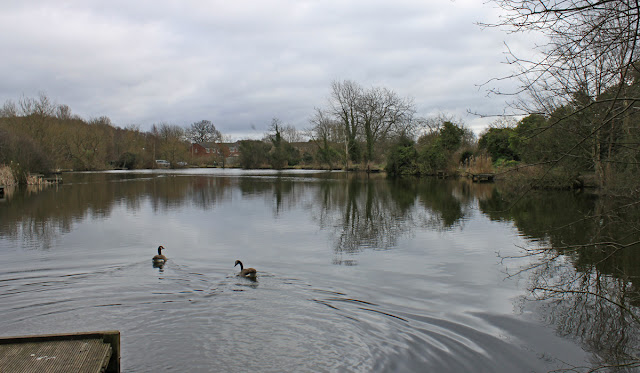 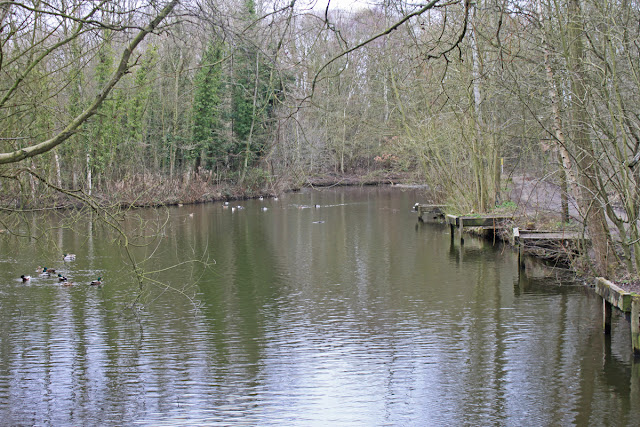 The Reservoirs at Aqueduct
Beyond Aqueduct the line of the canal leads into three lakes, Castle Pool, The Dandy and Widewaters Pool, locally referred to as The Reservoir. These three lakes were only linked in the 1970's and Castle Pool was independent of the canal till then. The canal's course continues beyond the west end of Widewaters Pool, its bed in water as it runs through the woods to a curious arched bridge which bears a plaque advising the it is a restored Tub Boat Canal Bridge and carries Lightmoor Road over the canal and the later tramway. The now dry bed continues on as the canal twists to the north but the trench between Holy Road and Gravel Leasowes is misleading. Its not part of the canal which was buried beneath a road widening scheme. he canal line can be picked up again as it passes behind the row of cottages which line the western side of Holly Road through Doseley till it reaches a semi abandoned industrial site. 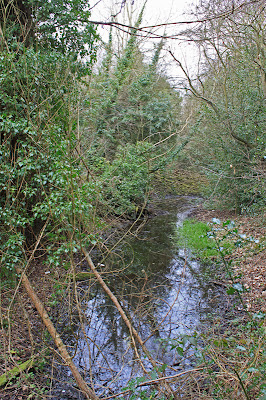 Canal exit from the Reservoirs 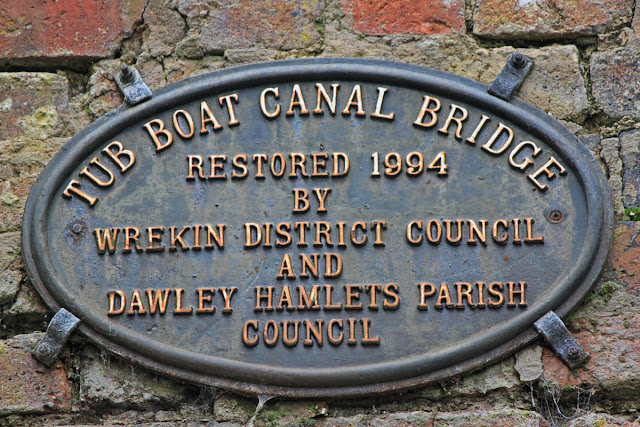 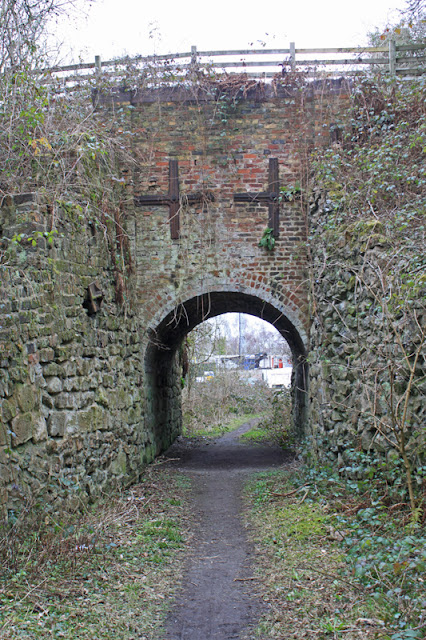 Restored Tub Boat Canal Bridge at Doseley
As far as I can tell the canal entered the site via the main gates crossing to the western side and then heading south on its western fringe, just below a steep bank. I understand that an arm also existed to Horsehay Pool to the north, but no trace of it could be found. 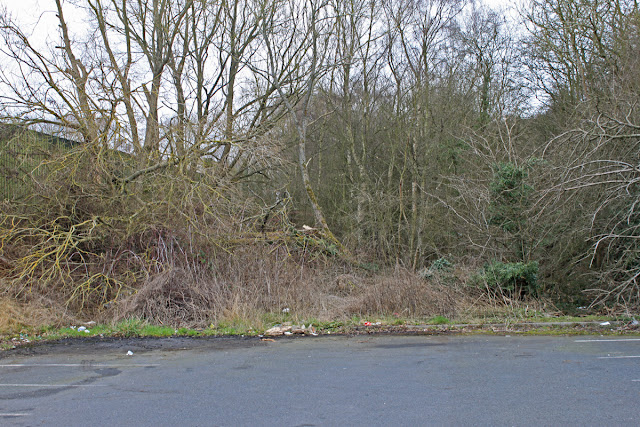 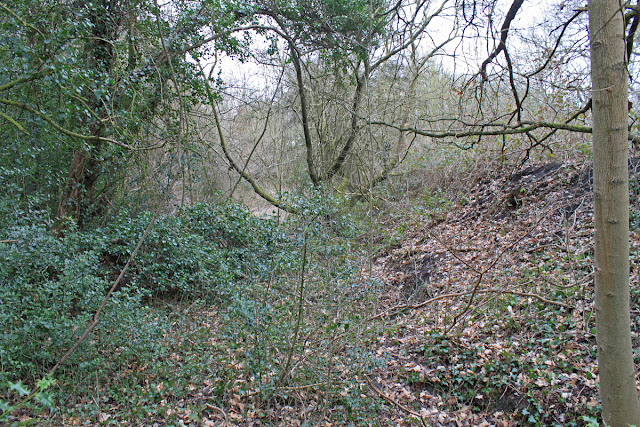 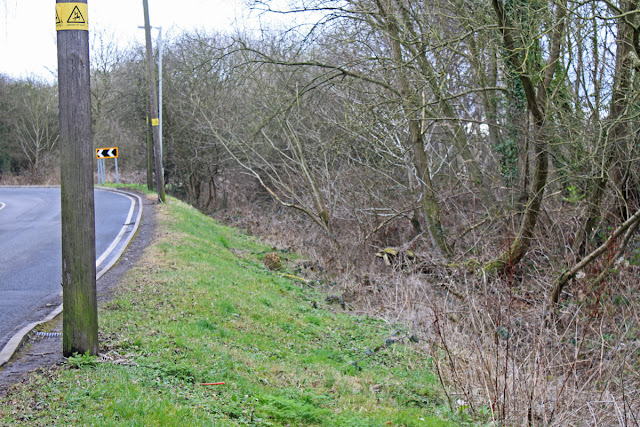 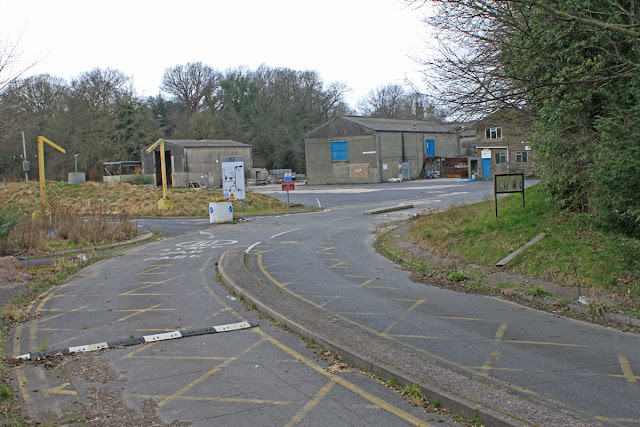 Canal track entering the industrial site at Doseley
Posted by Andy Tidy at 6:00 am

We're a group of volunteers and opening a new scheme in our community. Your website offered us with valuable information to work on. You have done a formidable job and our entire community will be thankful to you.
my web page :: beds