Finally, after two hard days of walking the line of the northern section of this long lost network of Tub Boat Canals we can turn south and start the eight mile trek to the River Severn, taking in a couple of detours along the Ketley Canal and Horseferry Branch as we go. 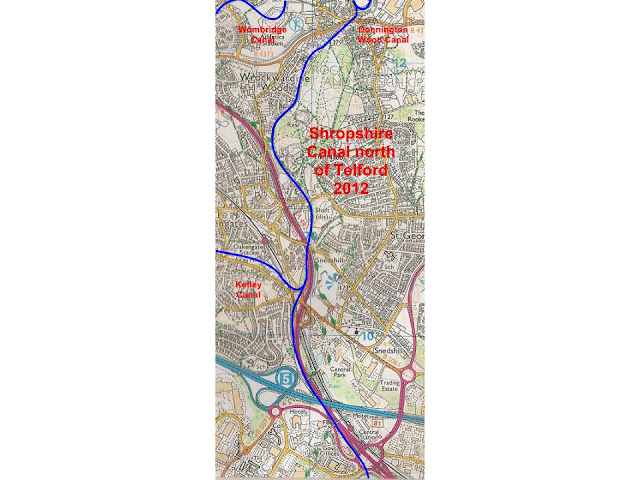 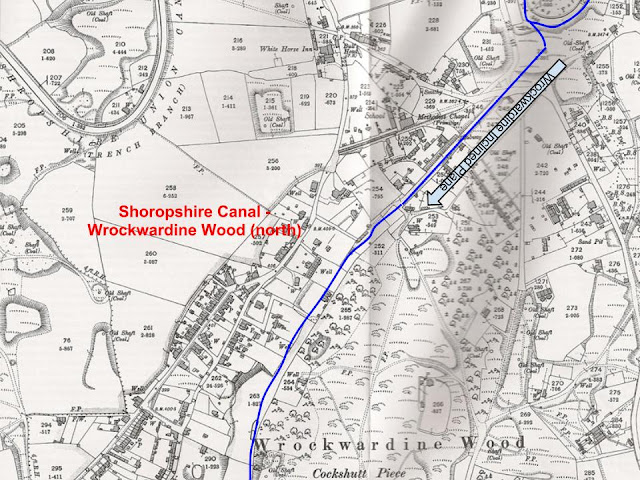 Northern Worckwardine Wood 1902
Having completed the Wombridge Canal and also its sister the Ketley Canal just to the south, William Reynolds decided to connect the whole thing up in 1792. Like us, he returned to the junction between the Wombridge and the Donnington Wood Canal at Wrockwardine Wood as a starting point. 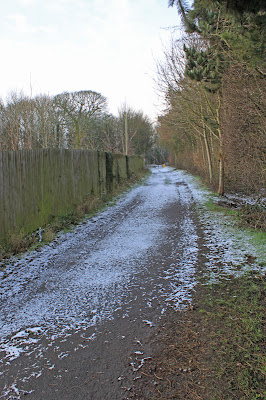 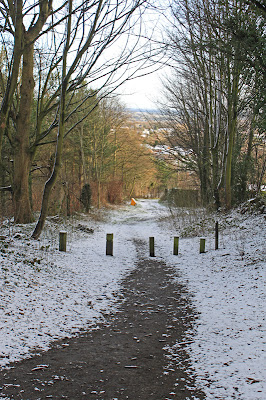 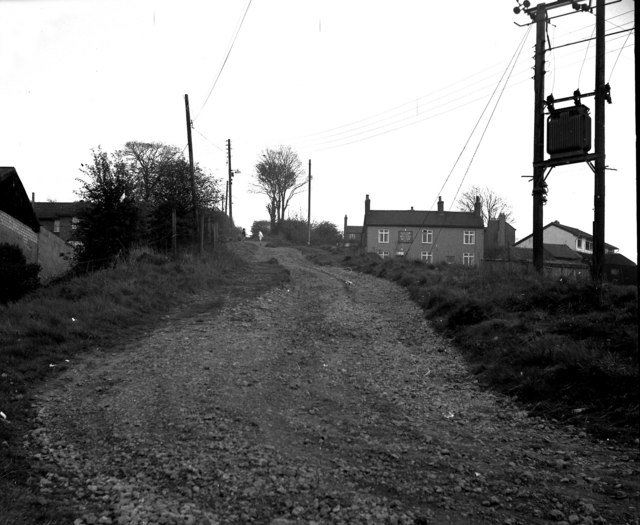 During our last visit to the site I mistakenly assumed that the Wrockwardine Inclined Plane ran up the path beside the Methodist Chapel. Whilst this looks a likely route it is slightly off and the foot of the plane was reached by a short arm which extended to somewhere under the road embankment which has covered the site. Just beyond this road the plane emerges as a perfectly straight and graded incline running for an impressive 316 yards into the trees at the top of the escarpment 113ft 2" above us. 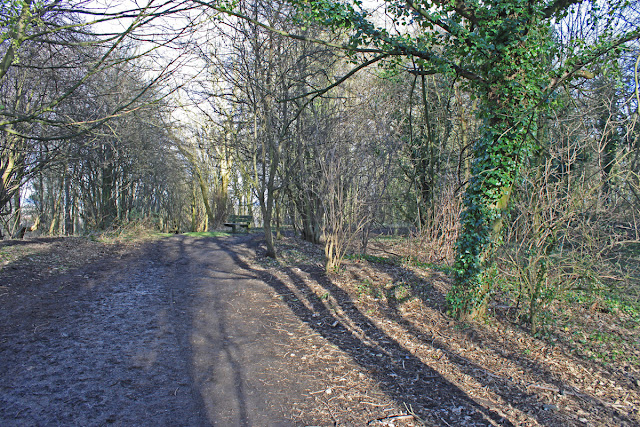 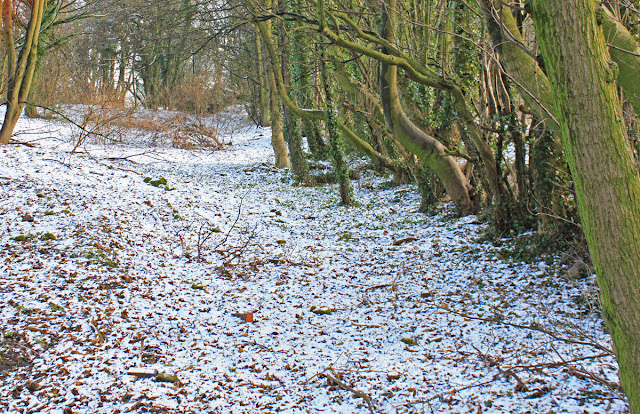 Top of Wrockwardine Inclined Plane and the canal bed leading away to the south
This plane operated with a "hump" at the top over which the boat cradles were hauled by steam engine, and set into the pound beyond. This earth bank remains and with a  bit of imagination and a sprinkling of snow you can still see the shallow depression which contained the canal till it ceased operating in the 1830's. The initial days of this plane were troubled, with subsidence causing a crack 3" wide in the floor of the engine house in 1795, a forerunner of what was in store for the rest of the canal as the years and mines progressed. 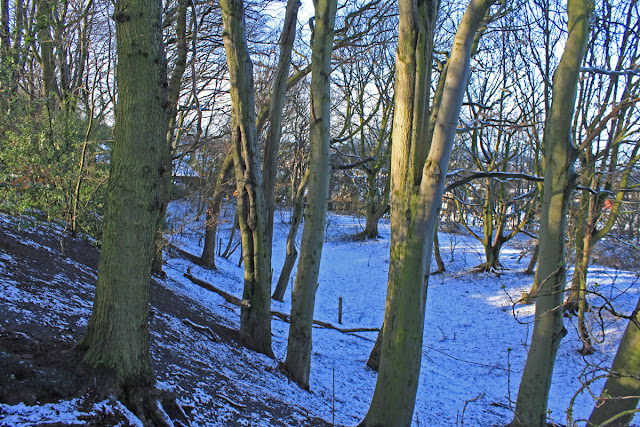 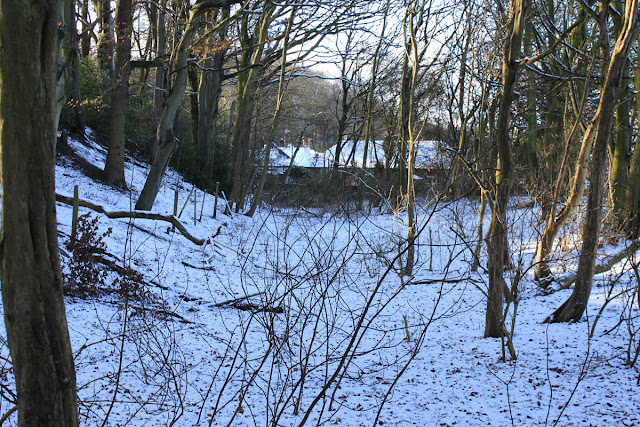 Shropshire Canal in Wrockwardine Wood
The site also contains an unusual wall near the top of the incline and it would be nice to make it part of the structure built over 200 years ago, but sadly this is probably nothing more than a later boundary wall. However, careful inspection of the plane route itself does reveal a robust brick wall which is probably an original  retaining wall on the northern edge 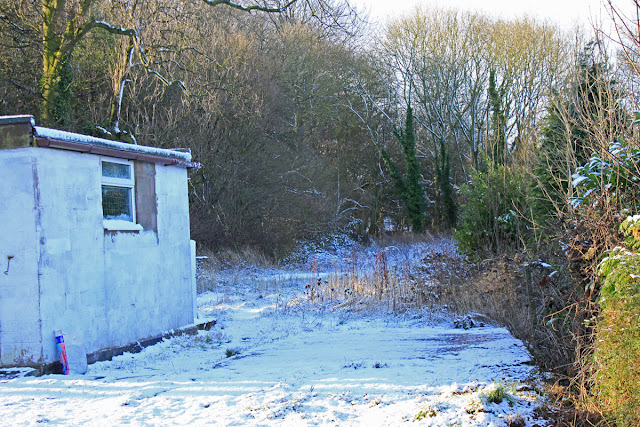 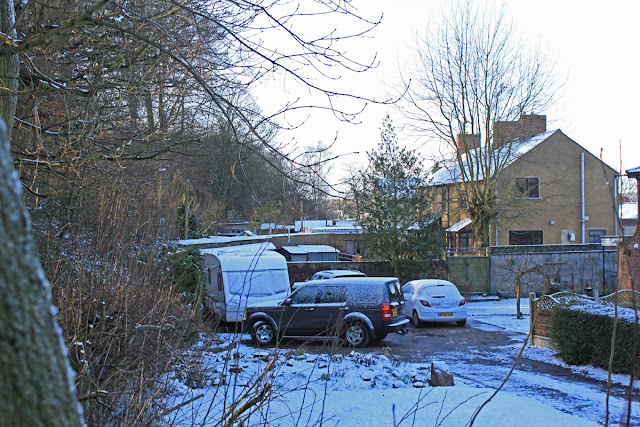 Shropshire Canal in the back gardens
The most frustrating thing about this particular canal hunt is the lack of photographic records of it in operation. We have images of the Trench section which continued till the 1920's, but these other sections were abandoned in the first half of the 1800's, and photography only emerged in the 1830's and even then the new and expensive technology wasn't to be wasted on a utilitatian transportation system. So that leaves us with a handful of descriptions and some fragments on the ground, plus some maps and our imaginations which is all we need really! 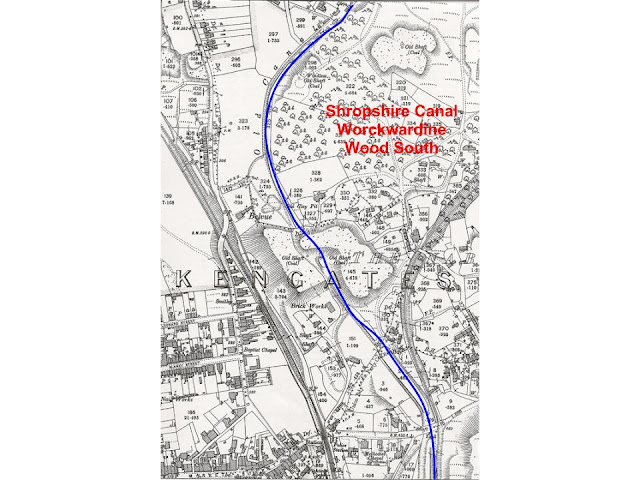 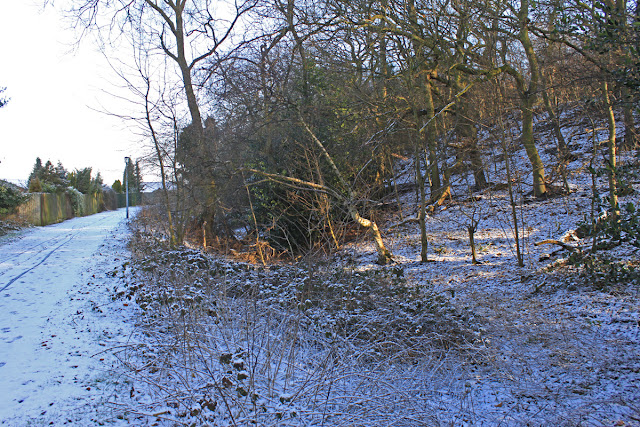 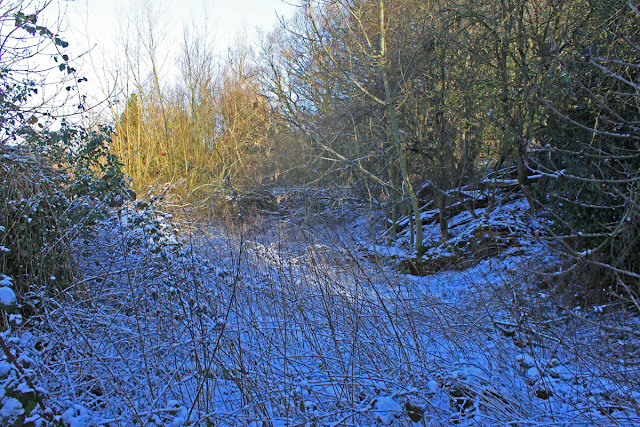 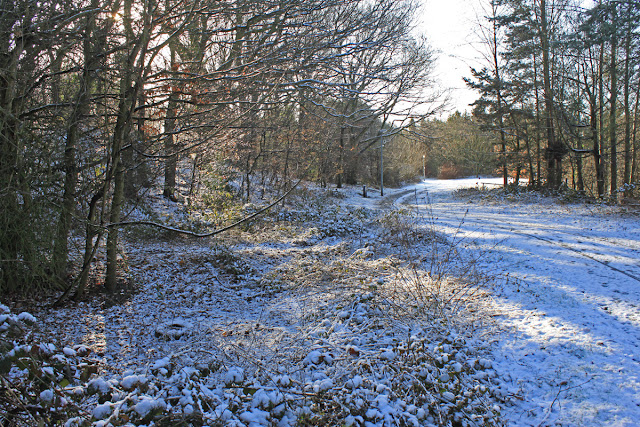 Canal emerging from the gardens and running alongside the Silkin Way
The northern extremity of the Shropshire Canal skirts round the western edge of Wrockwardine Wood, now a pleasant place to walk but wind back 150 years and the place was riddled with mines shafts and spoil heaps covering the whole area. Initially the line of the canal is clear in a trench before it becomes covered by the gardens behind the houses which skirt the woodland. Footpaths cross the line at several points, which eventually becomes part of the Silkin Way, a long distance path which follows the line of the canal quite closely all the way to Blist Hill. This section can we covered on foot but given the well maintained path it would be equally suited to a cycle expedition. 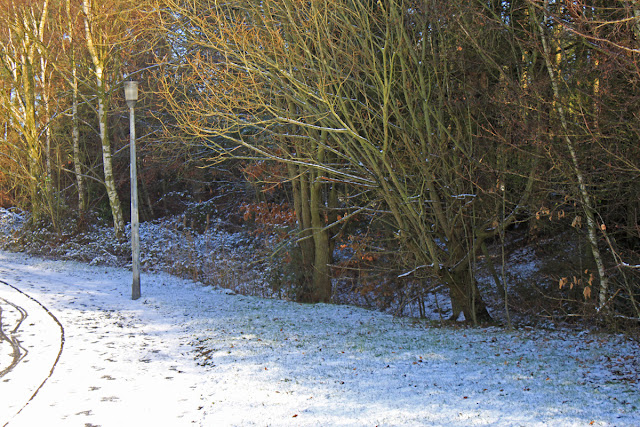 Last remains of Shropshire Canal emerging from Wrockwardine Wood
At times the trench is visible alongside the path but in other places mining has thrown great piles of debris across the canal bed. These tips are apparent on the 1902 map near Oakengates and remain in situ today, although the remnants of water shown 100 years ago are long gone and we are now left with a dry depression which hugs the countour and provides excellent views out over the Shropshire plain a couple of hundred of feet below us. Such a contrast to the smoky hell hole this place must have once been.
Posted by Andy Tidy at 6:00 am

At the top of the incline plane there used to be a deep vertical hole,in the shape of a manhole. It was infact the entrance to a large underground brick built room. I'm assuming that it contained machinery, perhaps the engine to power the Wrockwardinewood incline plane? Or perhaps a water tank? I'd love to have this verified.

Sections of the canal were still evident, by way of linear ponds at the back of Rockfield Terrace, at the top of Lincoln Rd and at the back of Stafford Rd by where the coal seam murial is on the Eastern Primary Road.
This would have beenb up to about 1974? Not sure if it was there after this date as I moved away.
Any more information on this would be gratefully appreciated.