We could have finished our third day of fieldwork at the junction where the mainline to Blist Hill and the Horsehay Branch parted company, but its always nice to end at a significant landmark. In this case we continued on to Aqueduct - and by that I mean both the structure and the hamlet to which it lends its name. 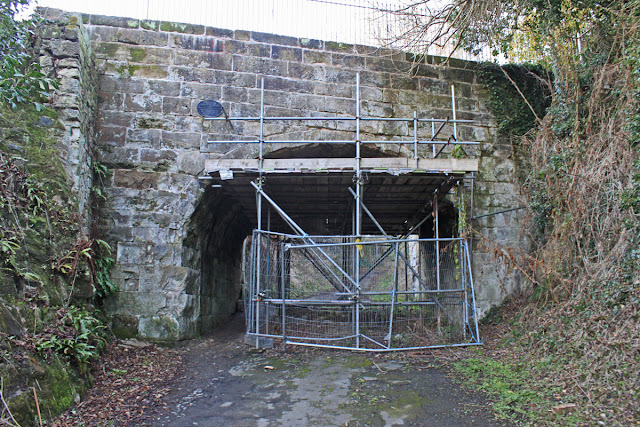 Actually finding the aqueduct isn't quite as simple as it sounds. Our problem was that we were navigating using a 110 year old map and the dastardly planners have moved the roads and also the bridges. Also, the Silkin Way has been cut down way below the level of the old canal so we found ourselves looking for the canal curving off the west too far to the north and too deep down. We tried the usual trick of force fitting the route to where we thought it should be but in the end we struck off to the right after Southall Road in the hope of finding the remains in the area called Aqueduct on the map. 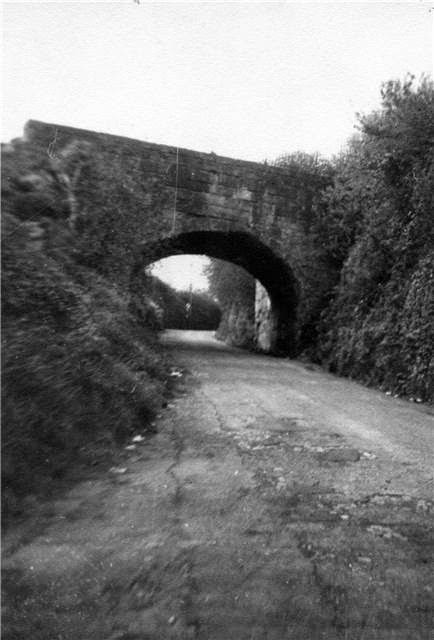 Imagine our surprise when the path we were following narrowed between iron railings and we found ourselves standing high over an old road - we were standing on Aqueduct's aqueduct! 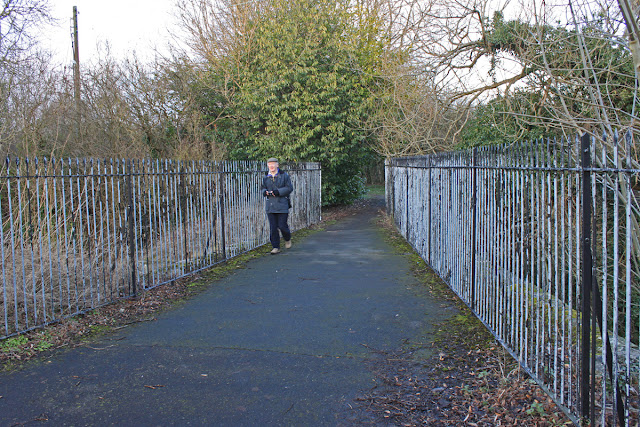 Filled in water channel over the aqueduct 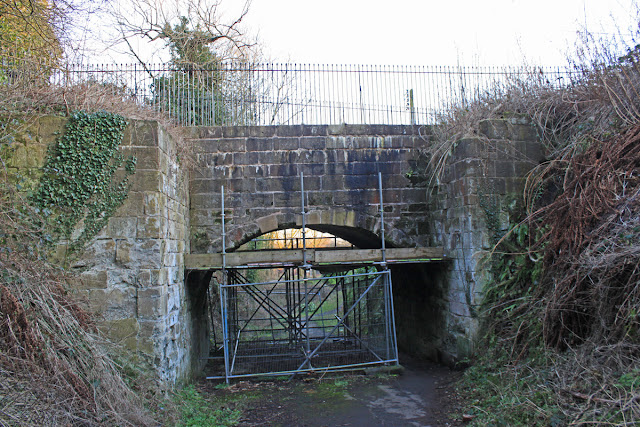 We found our way down to the old Southall Road and there it was, still straddling a narrow cleft in the sandstone since 1792 but showing the signs of age. It was renovated in 2001 but the scaffold is up again to undertake running repairs. 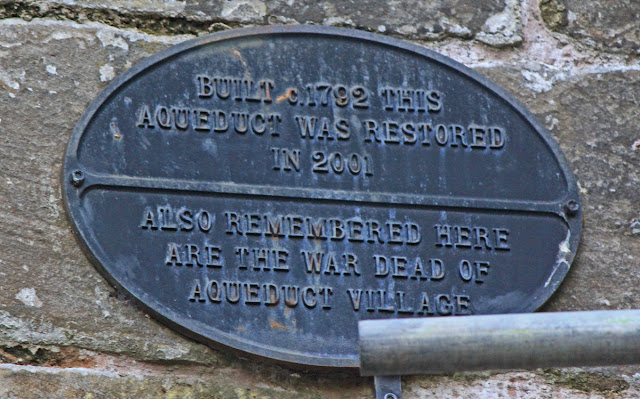 So that's it for our third day of walking, leaving just the two southern arms to the River Severn for our final days exploration. The desktop research suggests that these areas will offer lots of remains so keep watching these pages to see what we find. 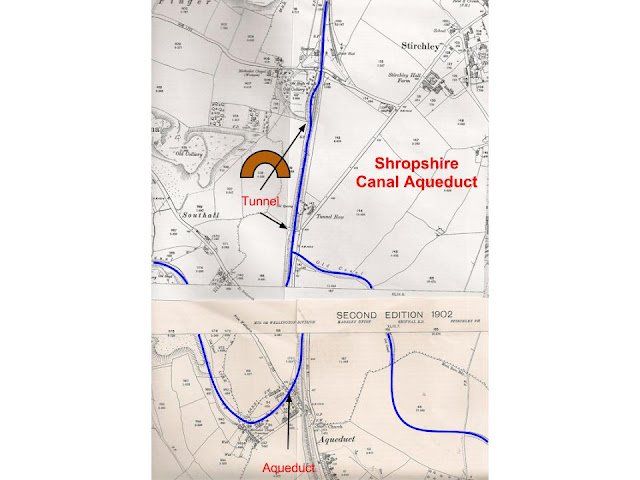 Shropshire Canal at Aqueduct in 1902