We pick up the line of the Horsehay Branch Canal as is curved round the western perimeter of what was Johnson's Pipes. 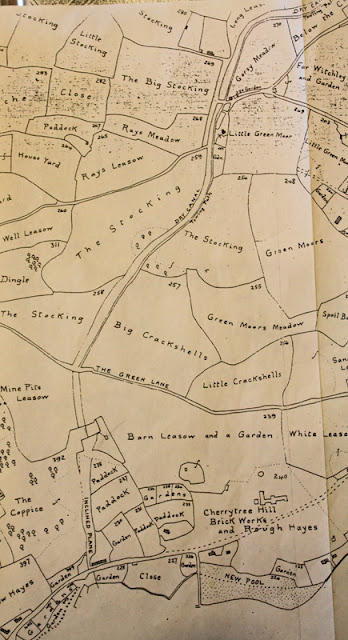 The old maps tell us that it ran close to the base of a slope which bordered the site but no remain can be seen till it exits at a spring behind the modern Little Green Avenue built on the site of Stocking Farm. 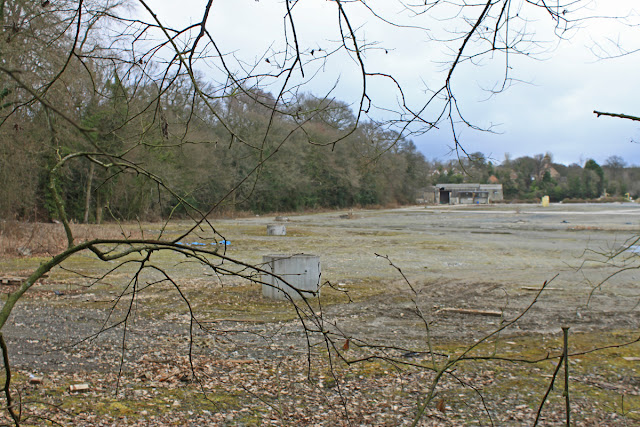 Canal ran at the foot of the trees on the left 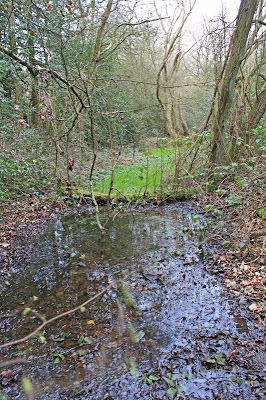 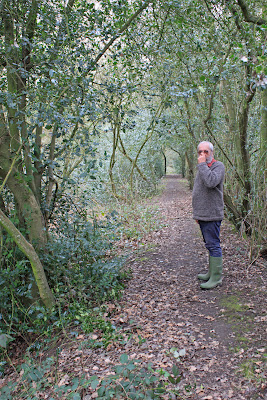 Canal and towpath south of Horsehay
From there the towpath has been turned into a footpath runs beside a pleasant section of canal bed, containing a dribble of water here and there. After a few hundred yards the trees open out to reveal one of the few squatters cottages in the area to have survived. These were self built workers cottages who instead of paying rent paid paid a fine to the landowner who, of course, had no responsibility for their upkeep. This last survivor spent many years as a chip shop but now stands sad and forlorn behind security fencing. 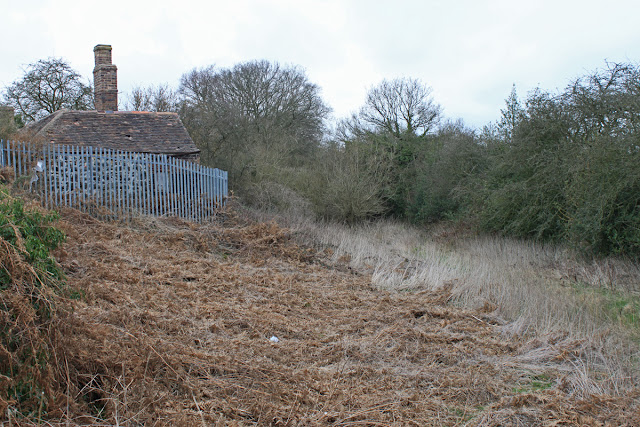 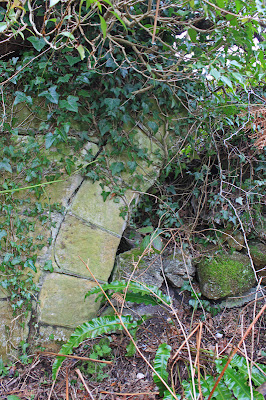 Remains of bridge at Woodlands Lane
Next there is the partial remains of a bridge which used to carry Woodlands Lane over the canal. There is not a lot to see, just a few feet of stonework of the southern side of of the arch, but firm proof that we are in the right track. 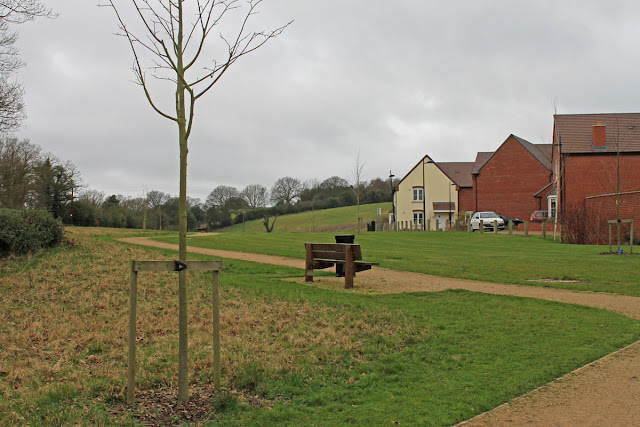 Route through new housing at Lightmoor 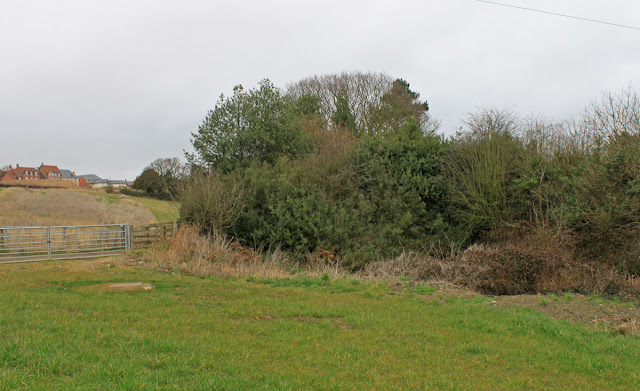 Canal emerging onto opencast south of Stoney Hill
From here the line is a little uncertain. The old maps suggest that the canal wound round what is now Stocking Park, a new development which is encroaching into the area in a big way. The canal then crossed Holywell Lane (no bridge  remains visible) and into the gardens of the houses on Stoney Hill. 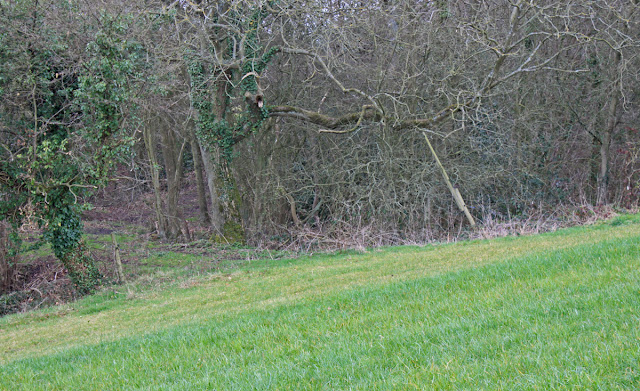 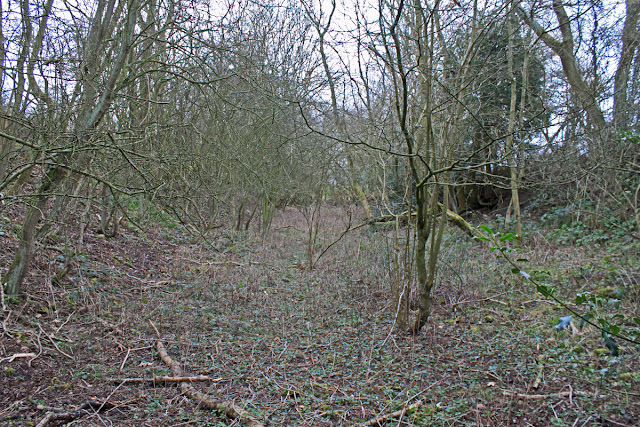 Canal bed near Crackshall Lane
There follows an area of open farmland, until very recently an opencast mine, so all clues as to its path are gone. However, more or less opposite the houses on Stoney Hill the canal bed re-emerges under an overlaping canopy of trees as it heads towards the A4169 bypass which crosses its path. Just beyond the canal burrowed under Crackshall Lane and a bit of hunting in the undergrowth will reward you with the sides on a hump backed bridge. Its hump has been taken out and its arch filled in with slag, but the sides are in good condition. 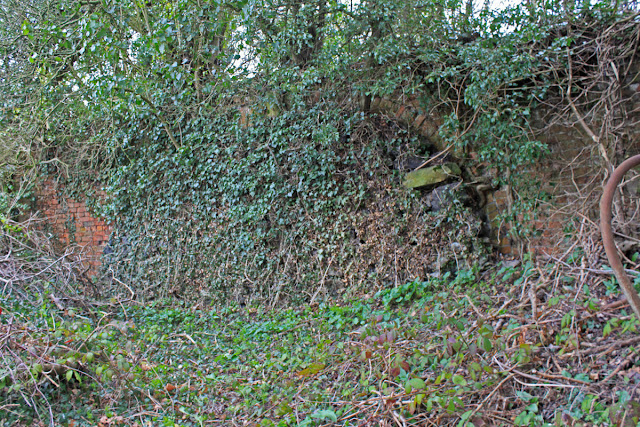 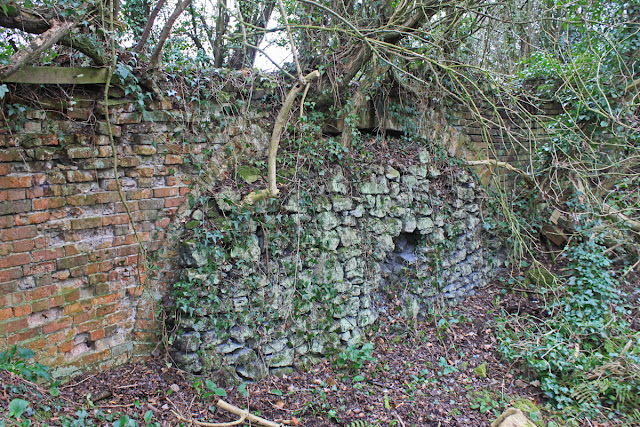 Crackshall Lane bridge
From here it is only a few hundred yards to its treminus at Old Wynd, the driveway following the winding course of the towpath. And that should be that - but it isnt! And therein hangs a tale. More of that in my next post. 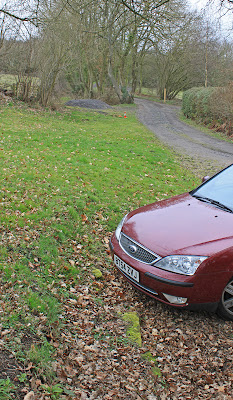 Canal terminus at Old Wynd (Coalbrookdale)
To tell the truth, its amazing that anything remains of the canal at all. The canal operated for less than 10 years before a tramway was built on the towpath and the canal fell into disuse.
Posted by Andy Tidy at 6:00 am