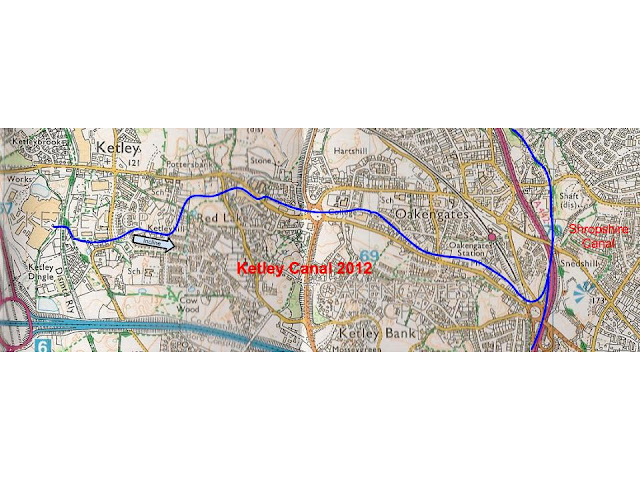 We left the Shropshire as its remains emerged from the southern end of Wrockwardine Wood, and that's the last we will see of a real trench for a couple of miles. 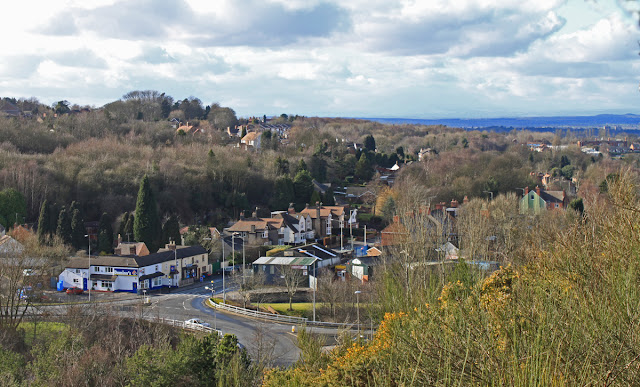 Junction of the Ketley Canal
The canal bed was recycled into a mineral line which has since been built on for housing, industry and roads which all makes for slim pickings. Undaunted, we switch to "lets find the contour" mode and this takes us down Willows Road and over Station Hill as the Silkin Way carries us to the Queensway where the A442 carves its was through the area using the line of the redundant railways which converged on this narrow neck of low land and forms a local watershed. The canal cut through the Snedshill Tunnel at this point, 279 yards long and 10ft wide at the waterline. 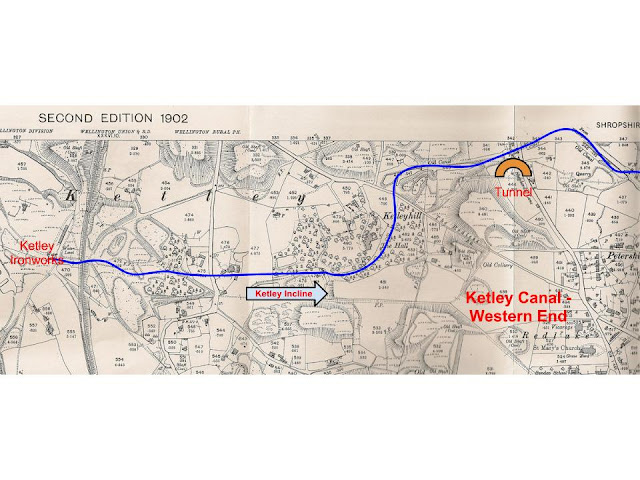 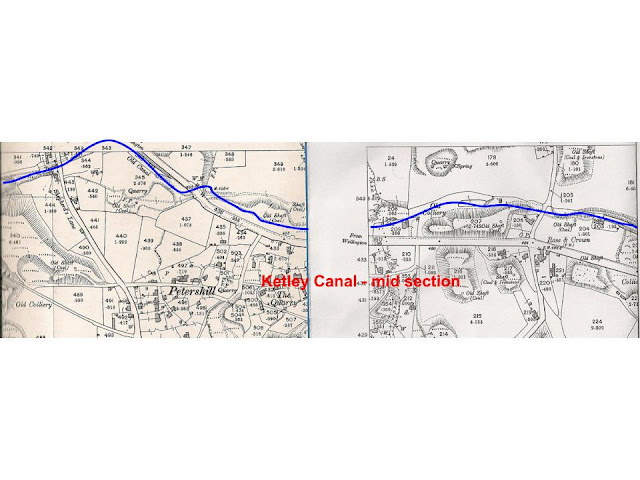 At this point the various lines of communication squeeze together, with a live railway tunnel burrowing through the bottom. This was also the site of the Shropshire Canal's downfall in 1855 when it breached into the lower railway tunnel followed by it disappearing down a nearby mine shaft! There problems were patched up but when a further seven breaches happened in 1856 the Shropshire Union Canal (who has leased it in the 1840's) called it a day and shut the central section down - a working life of little over 60 years. 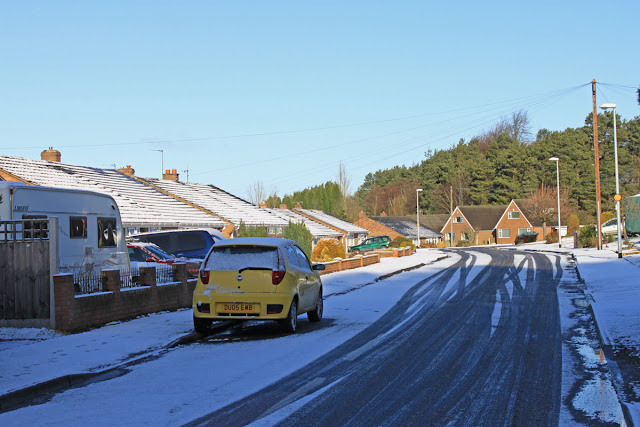 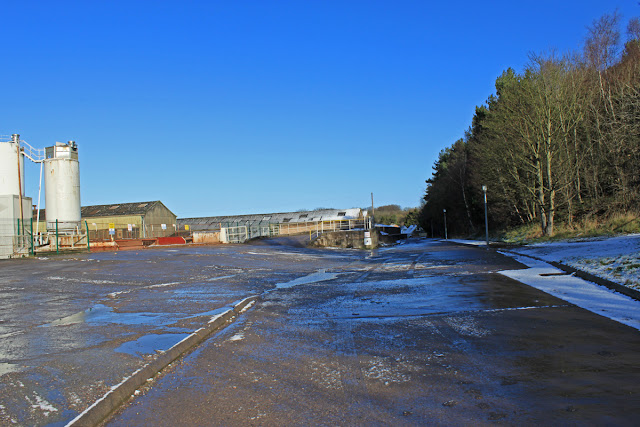 On the course of the Shropshire Canal / mineral line 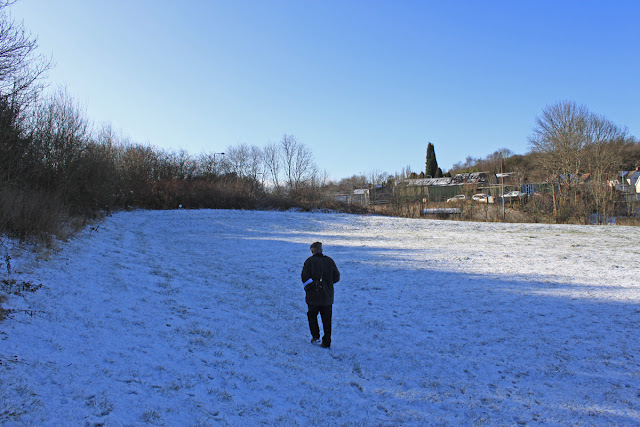 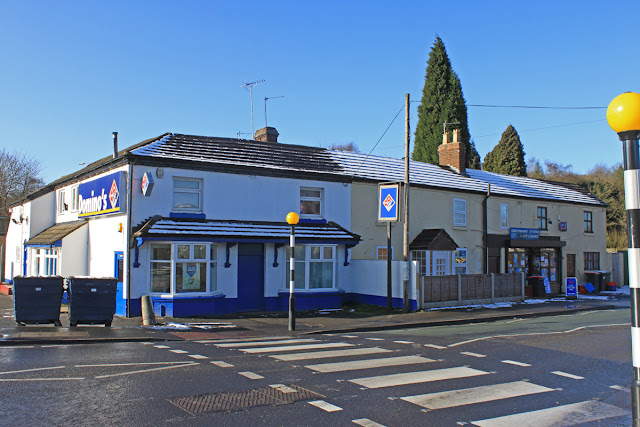 The Greyhound Inn at the junction 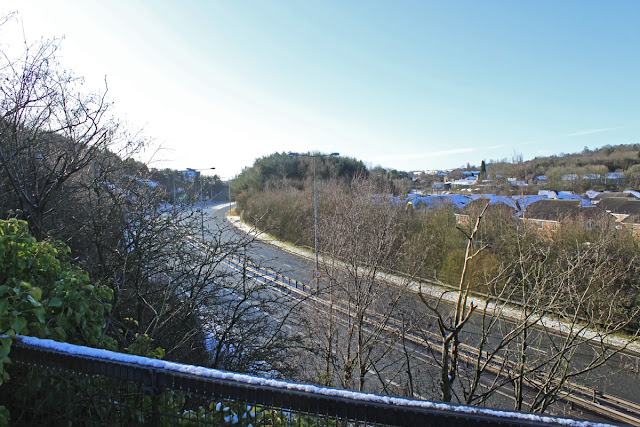 Site of Snedhill tunnel and ironworks - canal lands in the trees in the distance.
Suddenly, we find ourselves in mid air with the line of the canal lifting off an a gravity defying leap to the junction with the Ketley Canal on the far side of the road, its level still visible in the trees till it sweeps found a play area to head west close to the Greyhound Inn, now the local Domino's Pizza franchise. 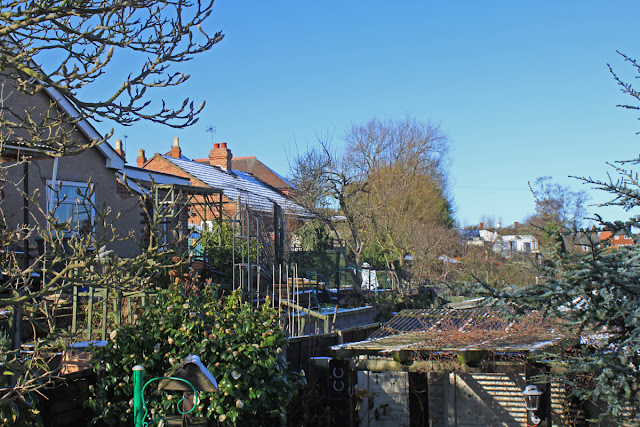 Ketley Canal runs beneath the gardens
If the mainline was getting indistinct, the older 1788 branch to Ketley is almost invisible! You need an old map to work out the line and the road  crossings and then, with a lot of imagination, it is just about possible to follow its contour as it winds its way out to the Ketley Ironworks a mile and a half to the west.
This route has to be followed by inference and traces form 100 years ago, but its not all gone. 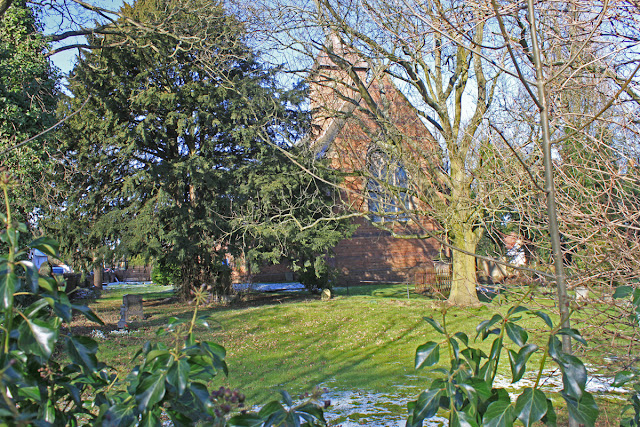 And beneath Holy Trinity Church
The canal by and large follows the old Holyhead Road which was itself an old Roman Road. Now the Romans knew a thing or to about surveying roads and their path faithfully follows the canal contour,  or maybe its the other way round! The canal wind around a bit but is never more than 50 yards from the tarmac, sliding right under the foundations of Holy Trinity church  and its Vicarage before swing away a bit to the north and crossing Hartsbrige Road at - Hartsbridge! There is a curious snail shaped bit of masonry which is reputed to be one end of the bridge parapet. 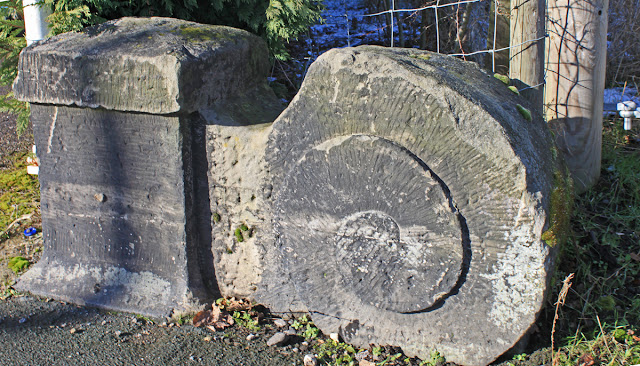 Hartsbridge parapet
The canal then hugs the line of the road slicing through the middle of a modern roundabout before crossing beneath the Holyhead Road opposite Farm Foods. On the old maps this is shown as a sharp kink in the canal and a scout round the area throws up a steep footpath descending down the hill, paved with very old and worn shaped stones. I cant be sure but this looks very much like an access path from the towpath to the road above. 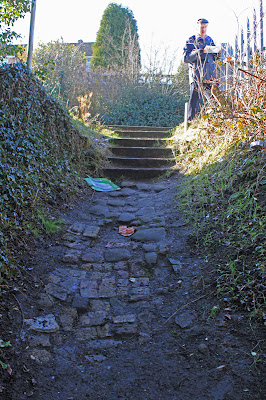 Holyhead road crossing
From here the canal ran under what is now Farm Foods car park before veering to the left and burrowing beneath Potters Bank. As we could see nothing from the car park we skirted round the area via Shepherds Lane and guess what we saw.....? 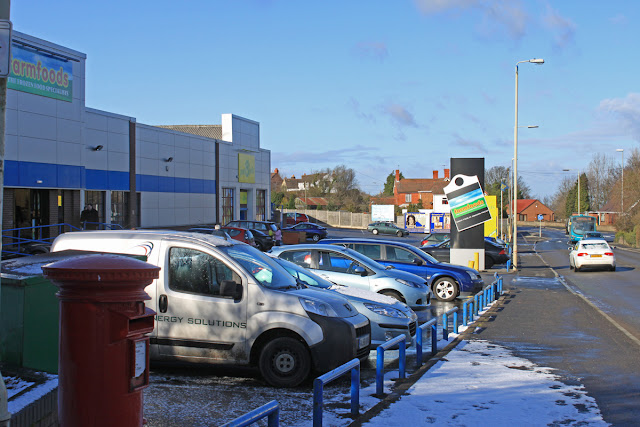 Approach to Potters Bank
Well, as I used to tell the children at an exciting point in a tale - that's another days story.
Posted by Andy Tidy at 6:00 am