After a couple of miles of complete redevelopment the canal finally resurfaces just beyond the Conference Centre, on the northern shore of the Radlay Reservoir. 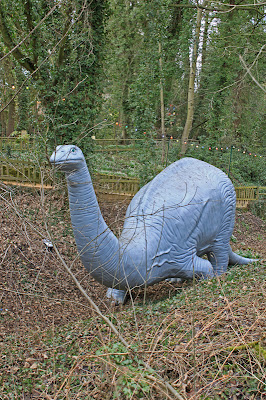 There is a dino in my canal!

The lake is bordered by Telford's town park, a place I visited several times to see the Wonderland grotto which amused the children when they were small. Little did I realise that the dinosaurs stood deep in the old Shropshire Canal which runs along and slighty above the western bank. This line was reused as a railway but increasingly curves and bends were cut off leaving telltale traces which are  still there waiting to be explored. 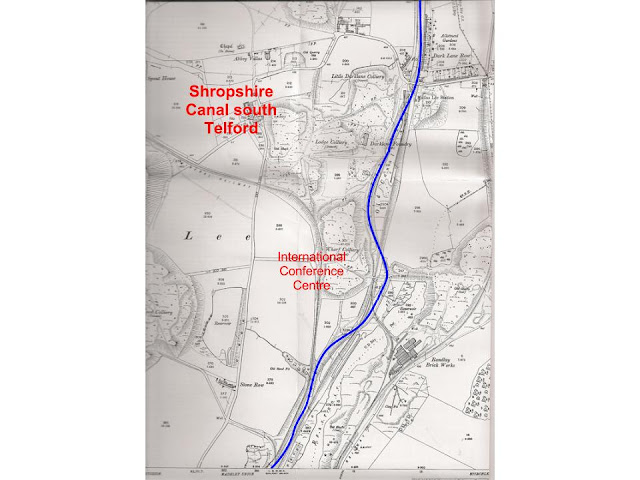 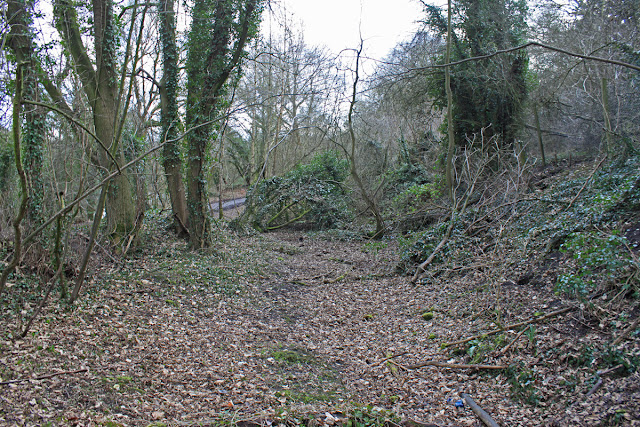 The Randlay reservoir is largely the same shape as it was when the canal was operating, except that a section at the north which was beyond a causeway leading to the Radlay Brickworks has been filled in. The industry which lined its banks has all gone bit to the south, just beyond the dam a single square chimney stands in a zone of post industrial decay. The buildings and mines have gone and attempts have been made to reclaim the area but these have yet to take hold and the feeling of wilderness remains. 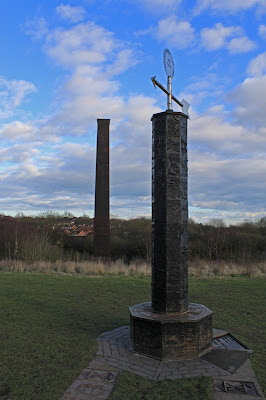 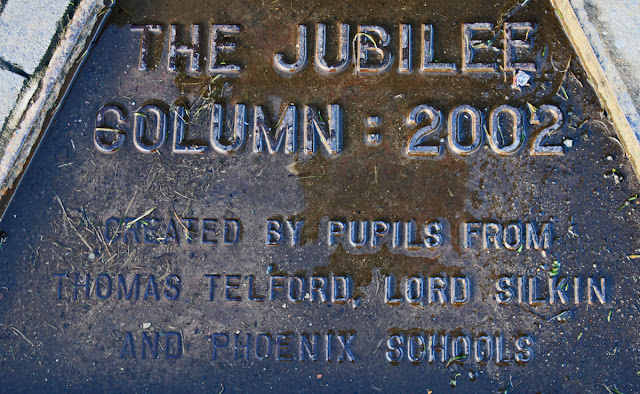 Attempts to enhance the industrial wasteland

After the initial section of dry canal bed by the town park the line can be followed on the well maintained Silkin Way, a popular cycle route and footpath. 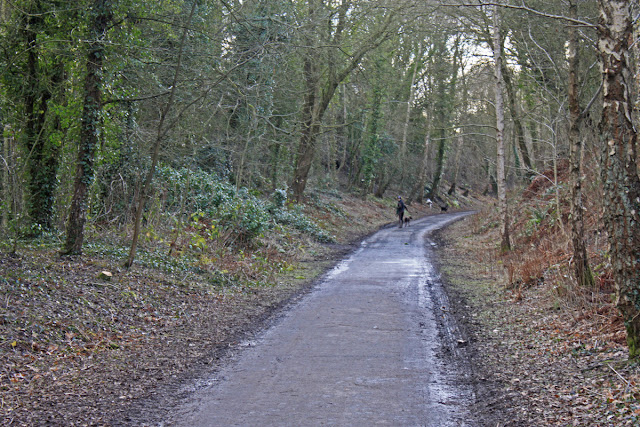 The Shrewsbury Canal / Ralway / Silkin Way heading for Stirchley
Posted by Andy Tidy at 6:00 am