Strictly speaking Anglesey Basin remains navigable, but the short branch from Catshill Junction in Brownhills has such a rich lost heritage I cant resist including a page dedicated to images of the old coal loading infrastructure.

The channel was first built in 1800 to carry water from what is now known the Chasewater Reservoir to the Wyrley and Essington Canal. Later in 1850 the channel was enlarged to full navigable dimensions to facilitate access to the new collieries being sunk in the lee of the reservoir dam wall. 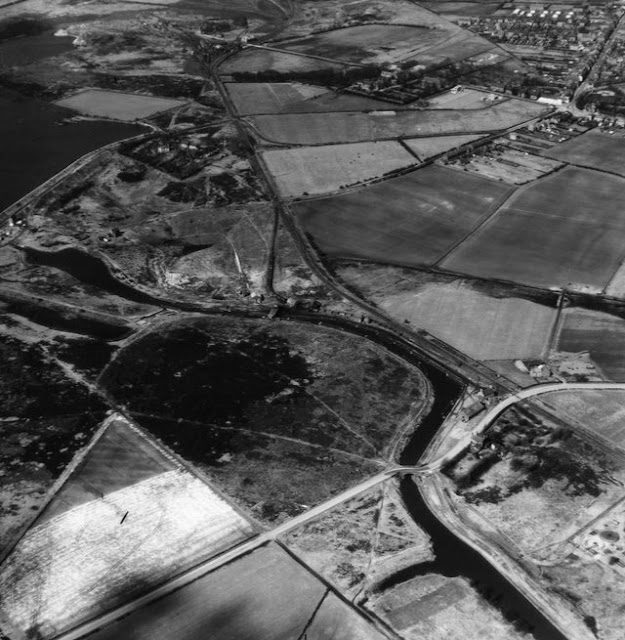 The coal trade continued from this wharf to the very end of canal carrying, only coming to an end in 1967. 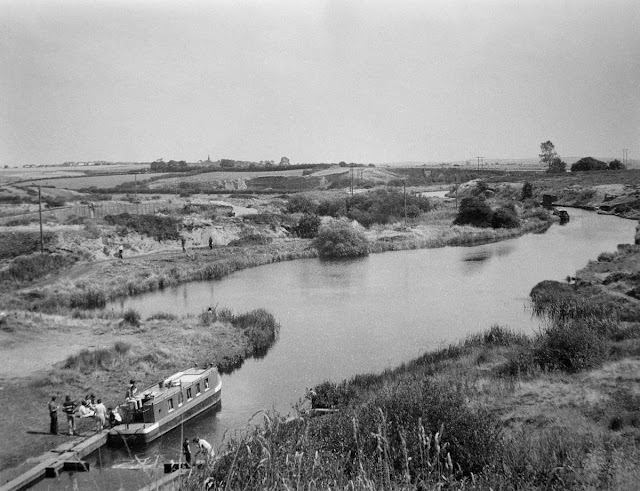 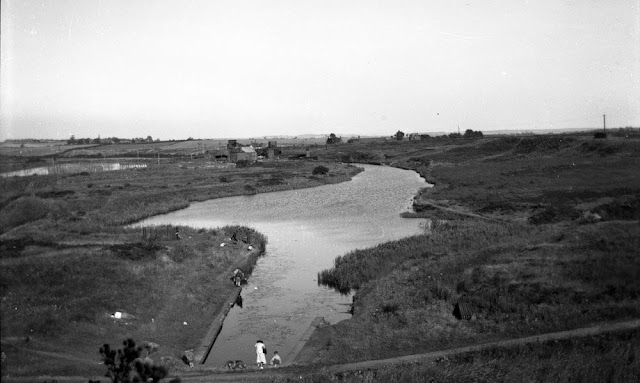 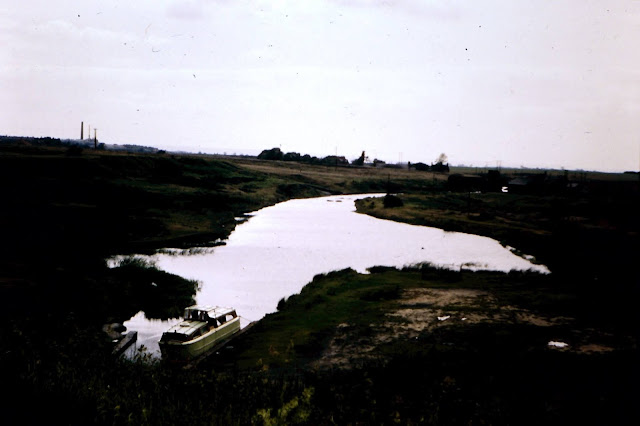 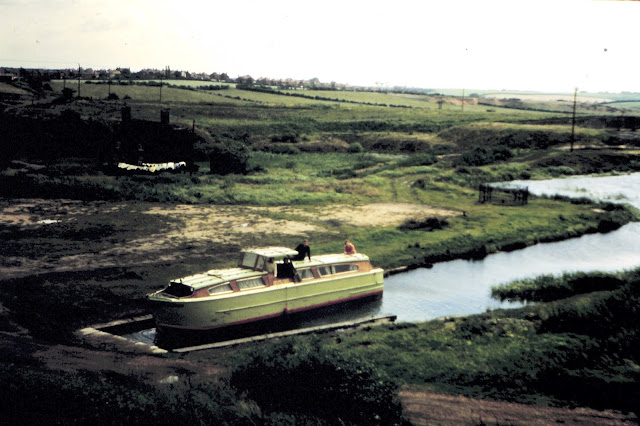 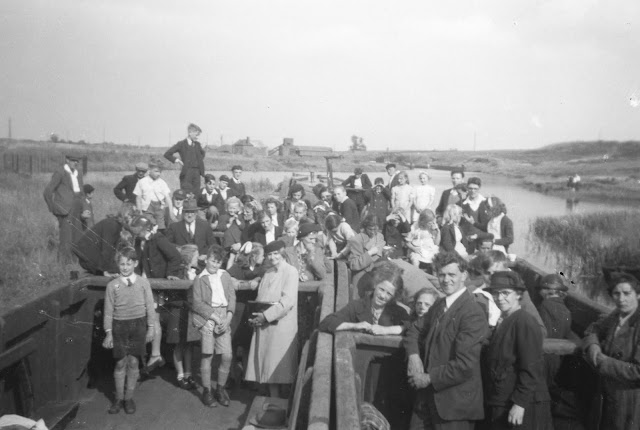 Before the construction of the M6 Toll this was a magical place to moor but these days the combined rumble of the M6 Toll and its cousin the A5 are always audible, dispelling some of the mysterious atmosphere which hangs over the site. 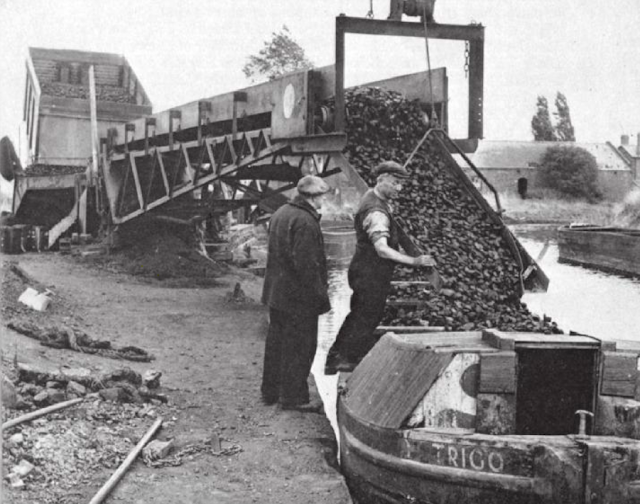 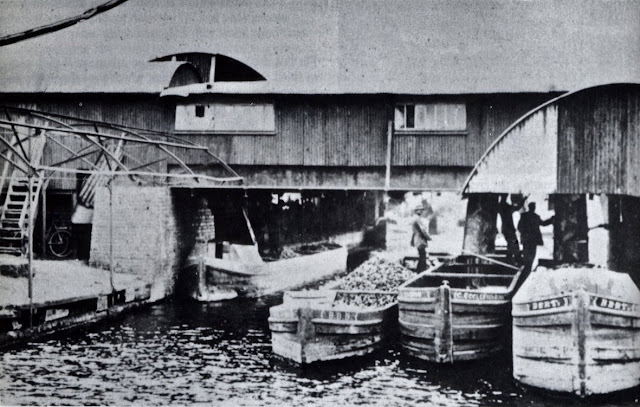 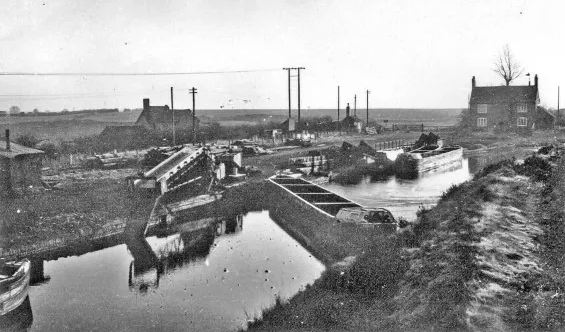 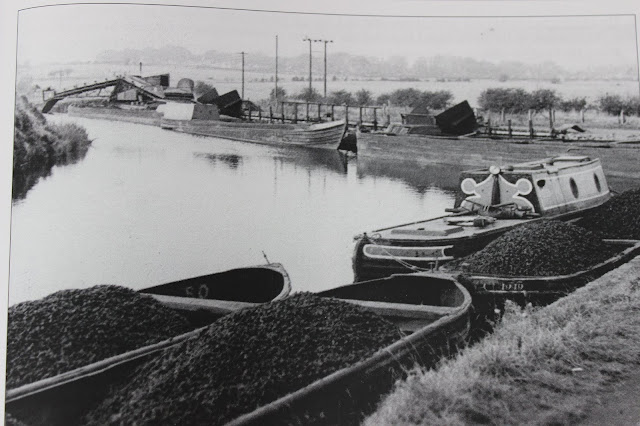 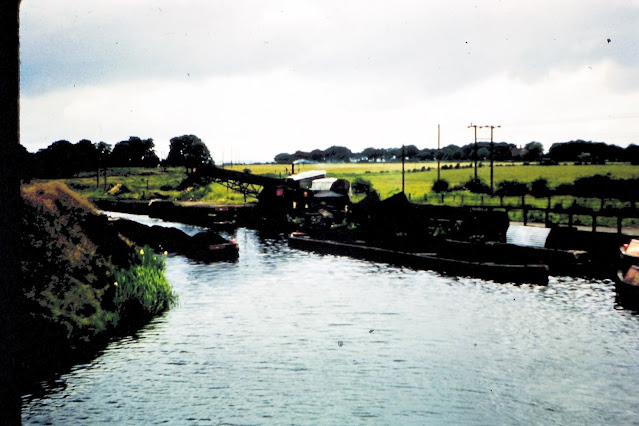 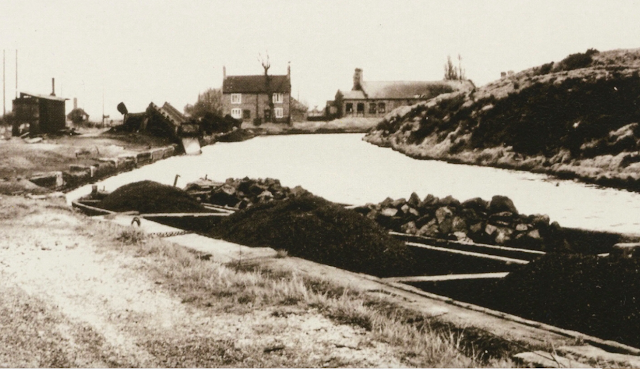 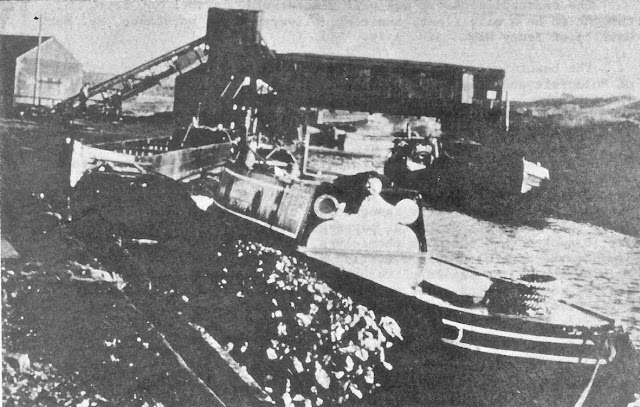 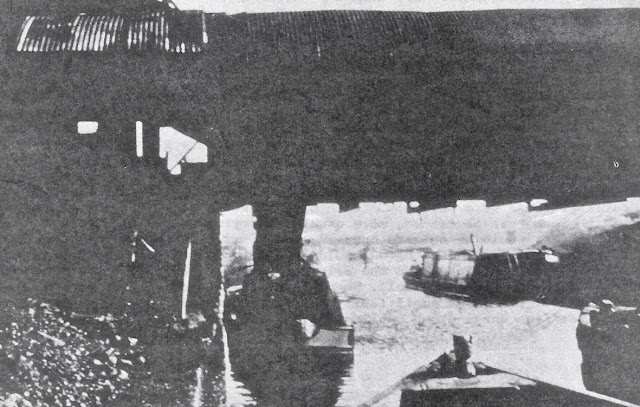 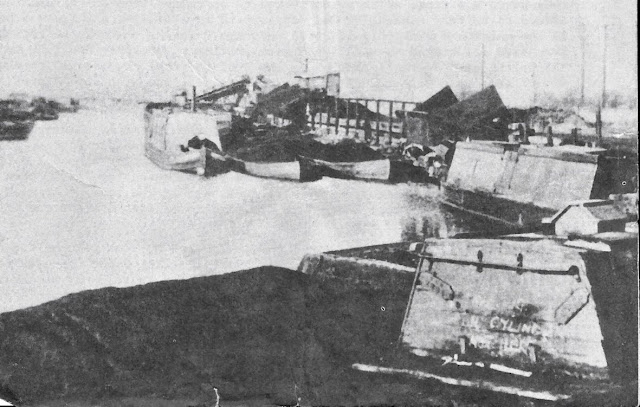 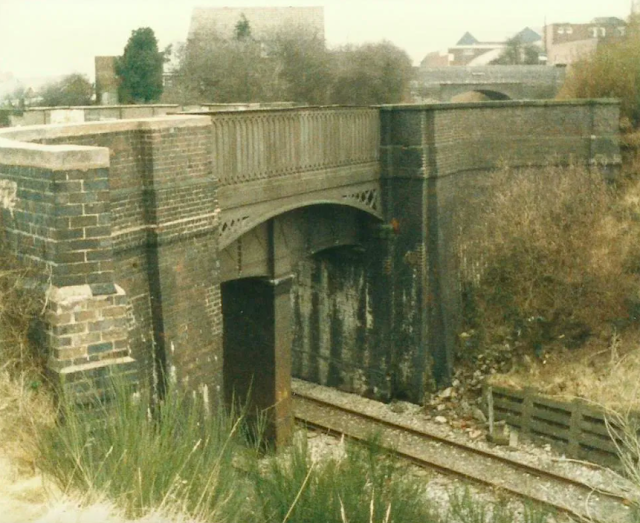 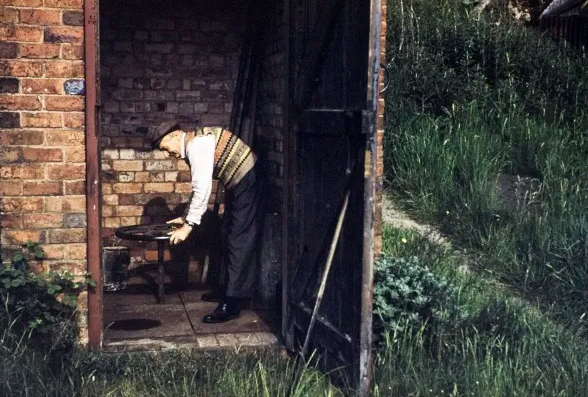 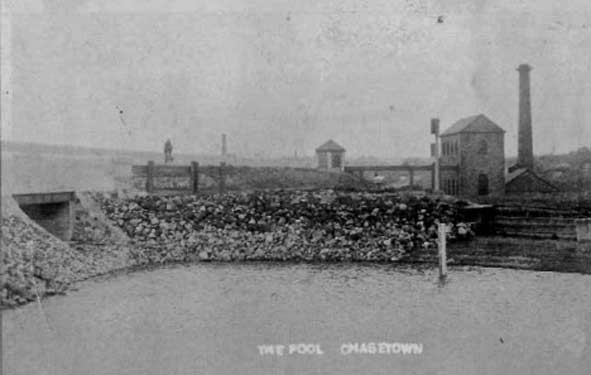 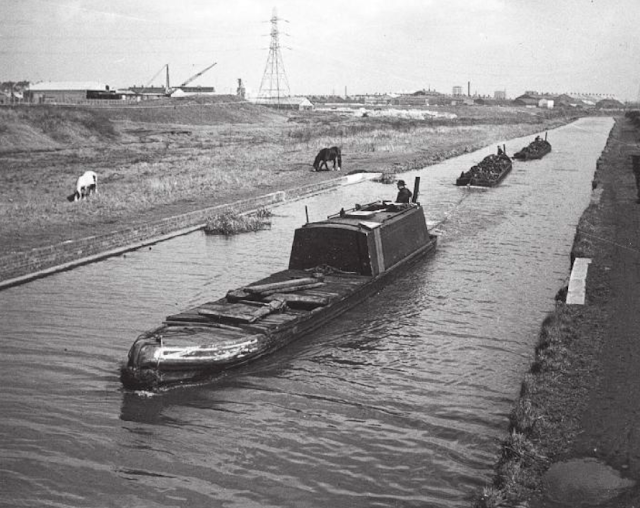 Moving coal from Anglesey Basin in the 1950's 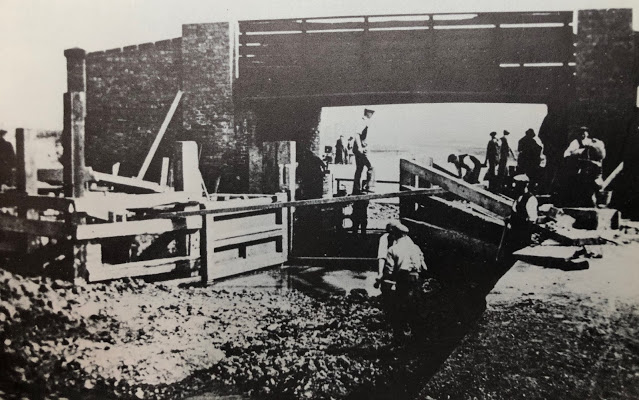 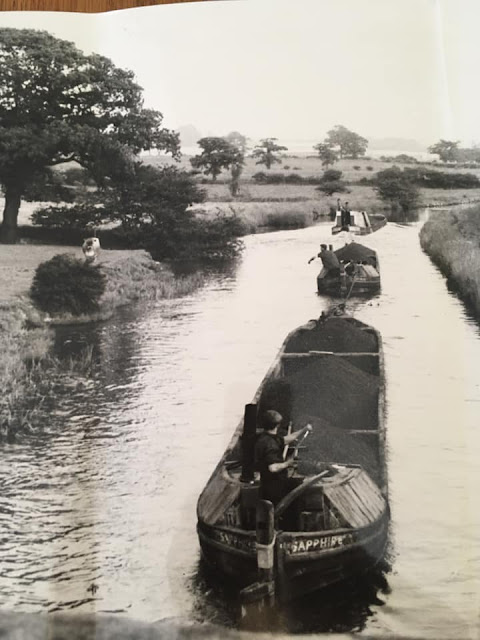 Coal on Daw End Branch taken from Riddian Bridge in1966: Charlie, Horace and Young Billy Foster carry small coal for GEC Witton on Princess Anne and two joeys
Click here to return to the Small Branches of the Wyrley and Essington index page

The above photos have been assembled from various sources, including those freely found on the internet. My thanks go to the many photographers alive and dead who have contributed to this collection and in so doing, are keeping the memory of these lost canals alive. These images are reproduced for ease of research are are not necessarily the property of this blog, and as such should not be used for commercial gain without the explicit permission of the owner (whoever that may be).
Posted by Andy Tidy at 7:07 pm

Hi the last photo isnt 50's its dated 1966, Charlie, Horace and Young Billy Foster carry small coal for GEC Witton on Princess Anne and two joeys. Its one of Jack Haddocks photos, I have a copy with the legend above written on the back by Charlie Foster.