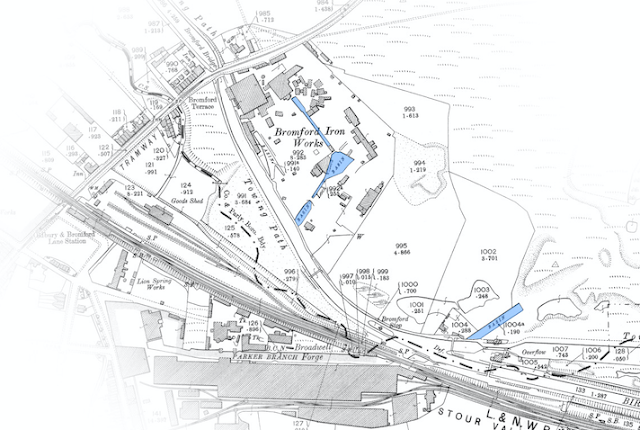 I wouldn't usually devote a whole blog post to one privately owned basin, but when they include a lock they represent the Holy Grail of the BCN and I therefore feel compelled to include them!

The Bromford Iron Works sat to the immediate south of Bromford Bridge at a point close to where the new Telford canal rejoined the earlier canal track laid down by Brindley.

This basin was accessed by a single lock which was just visible in a Britain from Above image. The lock was built by Dawes and Son in 1852 and Darlington Rolling Mills added the basin bridge in 1946. 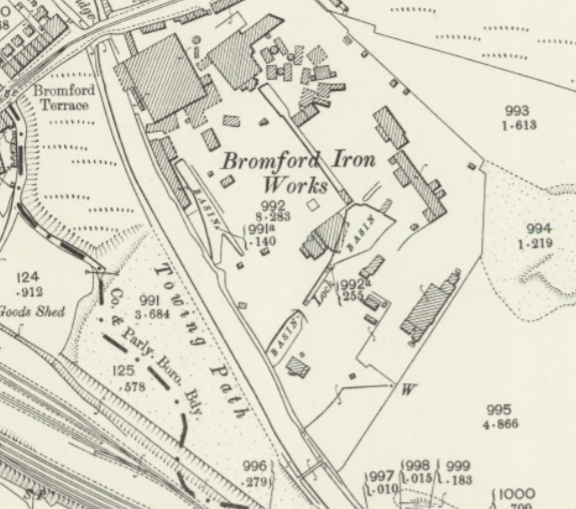 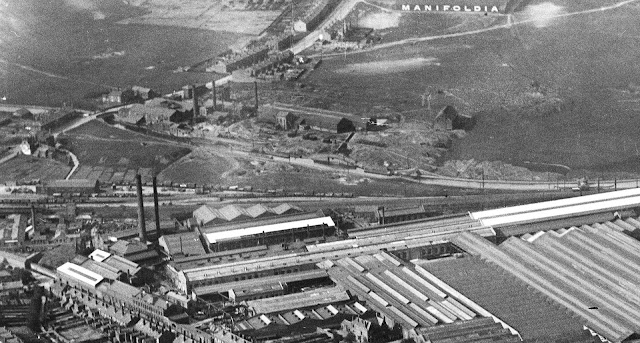 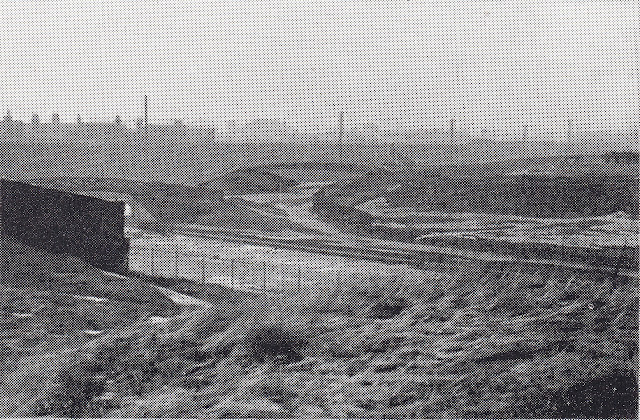 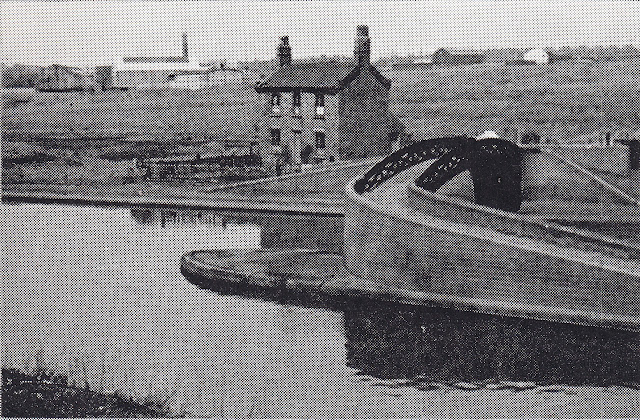