One of the most obscure sections of lost canal in Wolverhampton has to the the High Level Station diversion, created in 1843 to accommodate the construction of an additional Wolverhampton railway station serving a rival railway company.

To achieve this station expansion the line of the canal had to me moved to the south west as marked on the following maps. This realignment took place before the emergence of photography, but even today the northern hundred yards remain in water in the shape of Broad Street Basin.

To the south the other entrance persisted till the mid 1970's on the shape of the Corn Mill Wharf, but these days both the mill and the basin have been lost.

In between the two we now have the Railway Tunnel. 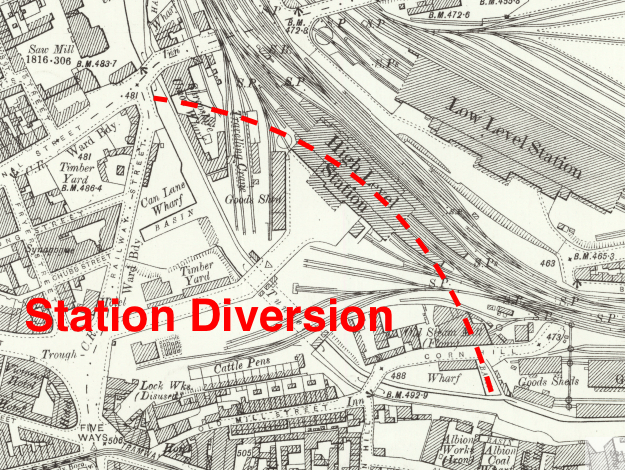 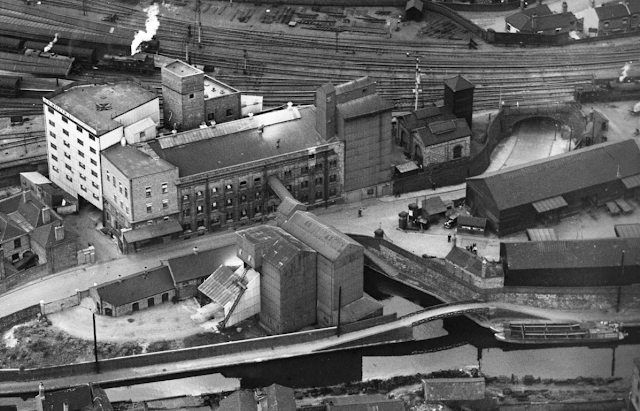 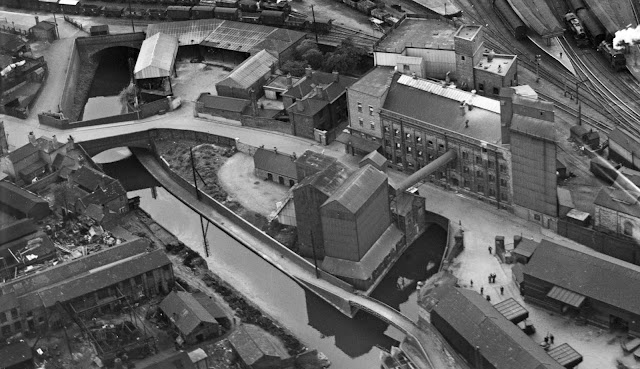 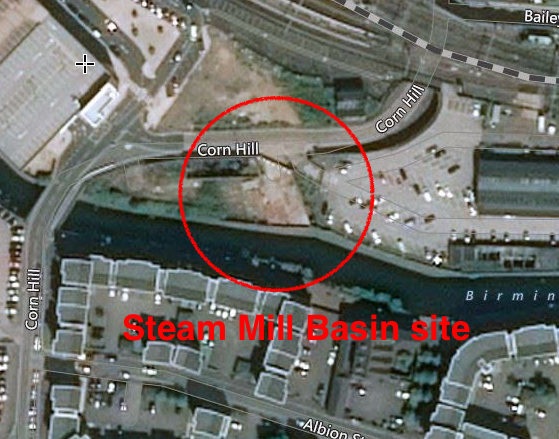 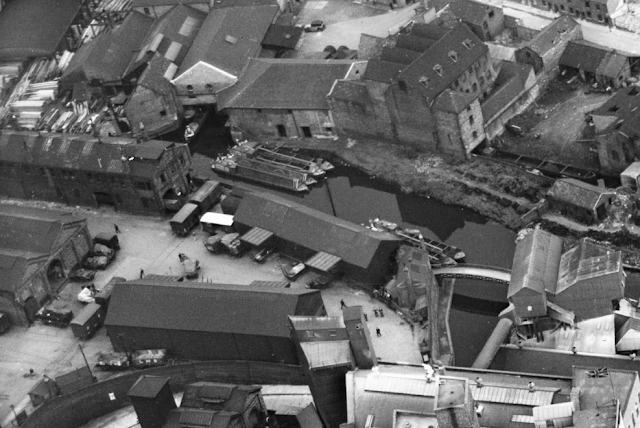 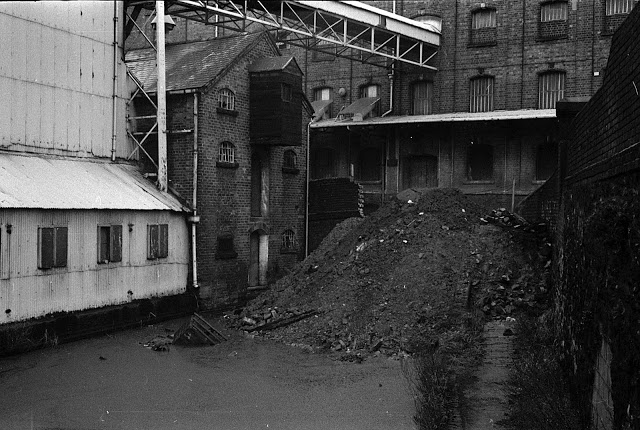 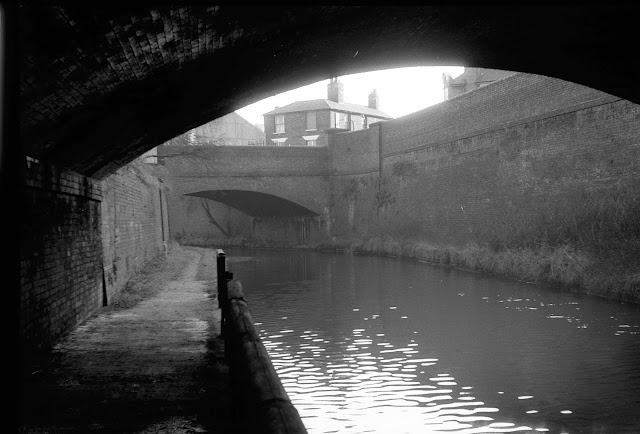 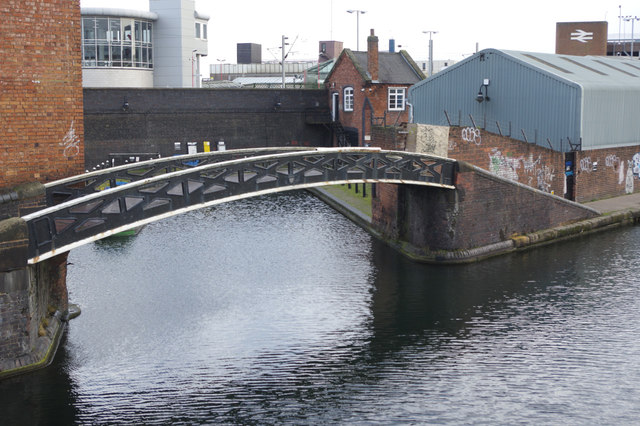 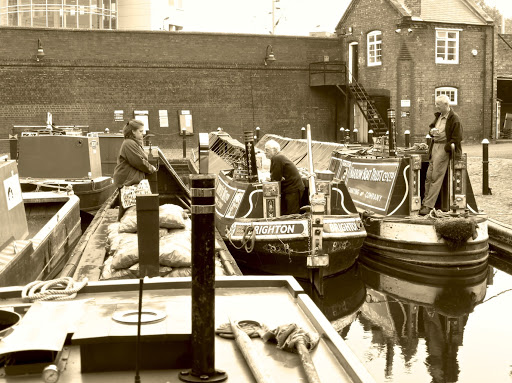 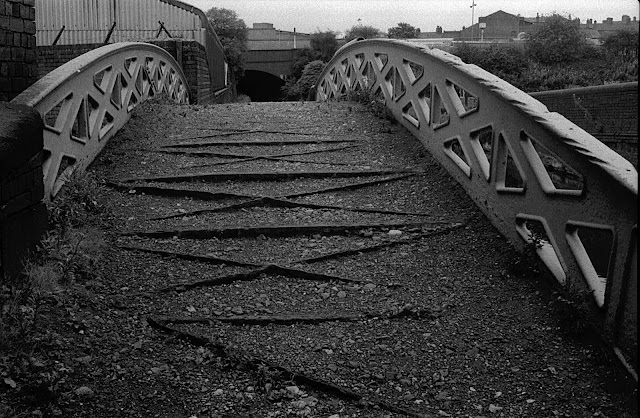 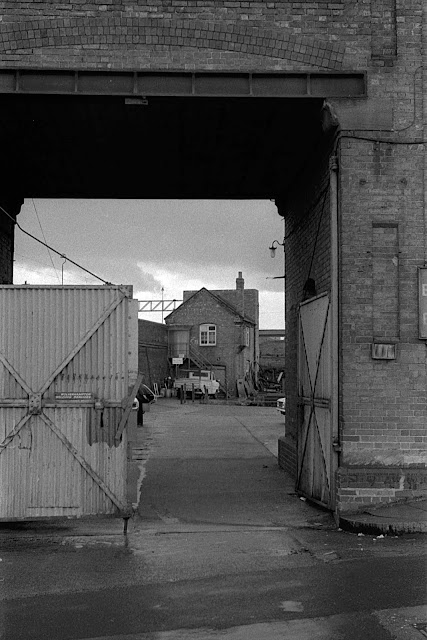 The 1970's saw another lesser diversion, this time involving the old cast iron Broad Street Bridge which was painstakingly dismantled and re-erected within the Black Country Living Museum in Tipton.

To facilitate the construction of a wider stronger road bridge,  a new channel was cut at the western end of the old bridge and a new concrete span built. The old bridge was then removed and the original channel filled in, which accounts for the awkward kink we see today. 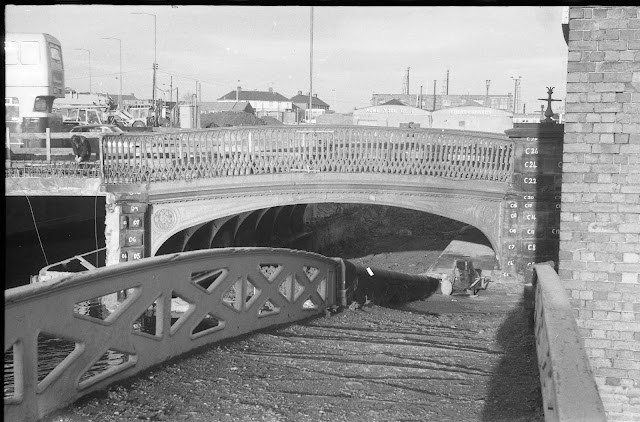 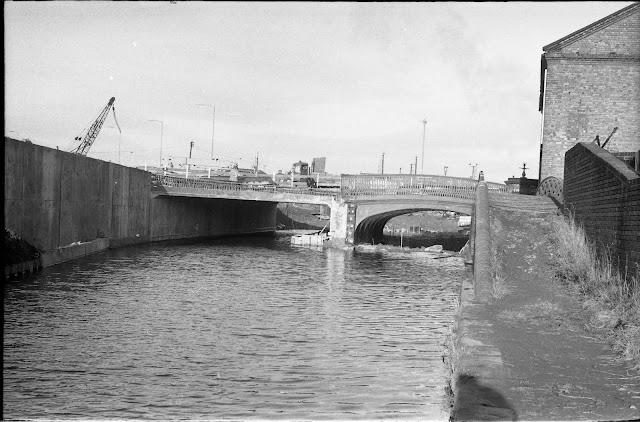 The new Broad Street Bridge with the old channel filled in. 1975 (Hugh Potter)

Click here to return to the Wolverhampton area index page

The above photos have been assembled from various sources, including those freely found on the internet. My thanks go to the many photographers alive and dead who have contributed to this collection and in so doing, are keeping the memory of these lost canals alive. These images are reproduced for ease of research are are not necessarily the property of this blog, and as such should not be used for commercial gain without the explicit permission of the owner (whoever that may be).
Posted by Andy Tidy at 3:36 pm