In the same way that we have various loops of canal to the north of Birmingham created by the construction of Telford's New Mainline Canal, the same is also seen in the Oldbury area. In addition to the long Oldbury Loop created by the 1820 shortening programme, there were three further loops to the north, snaking either side of the newly straightened channel.

Immediately to the north of the Oldbury Loop, and on the other side of the new canal, the original line looped around the Globe Brickworks and this remained a full loop till the southern section and the central basin was sold in 1918.

There followed two more loops heading north, first smaller one linked into Hunts works on the west and then the old line crossed the new canal to the east into the site of Brades Colliery.

Whilst the central sections of these loops were eventually built over, the stub ends were generally retained as loading basins for the canal side industries. In may cases the lines of the old loop canals was reflected in the of the orientation of the new buildings erected. 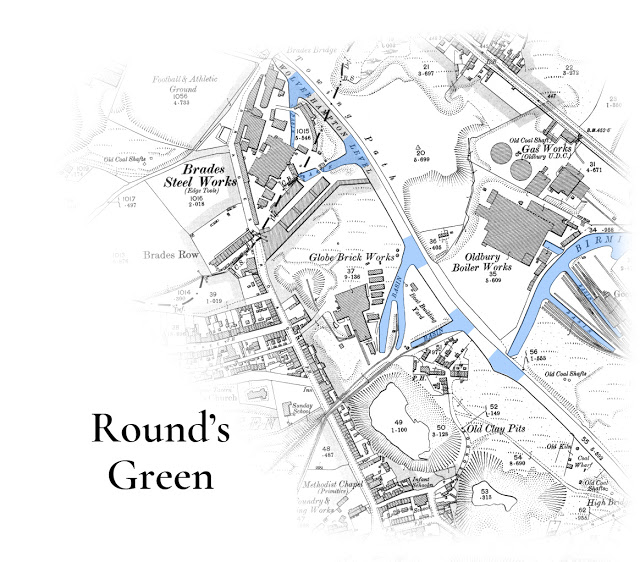 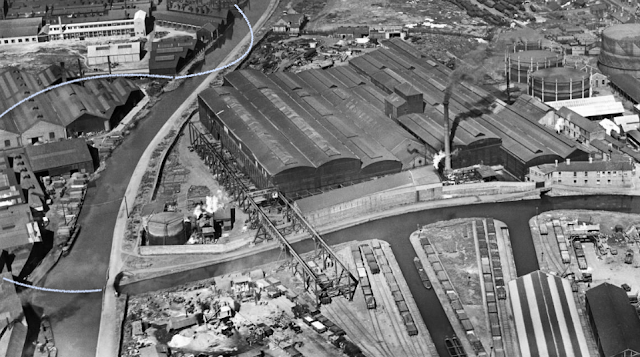 The original line north of the Oldbury Loop 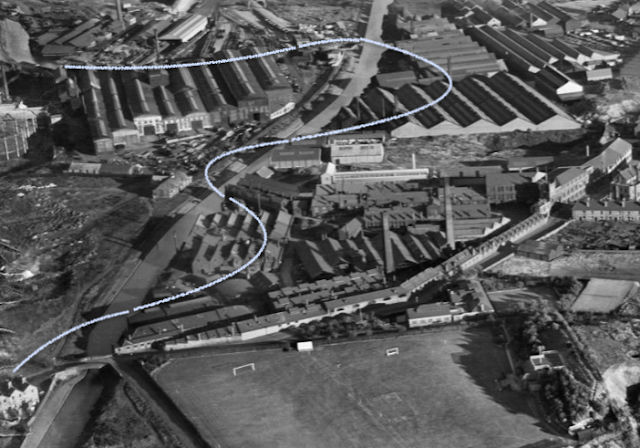 The Globe Brickworks (top) and the Rounds Green loops (middle) 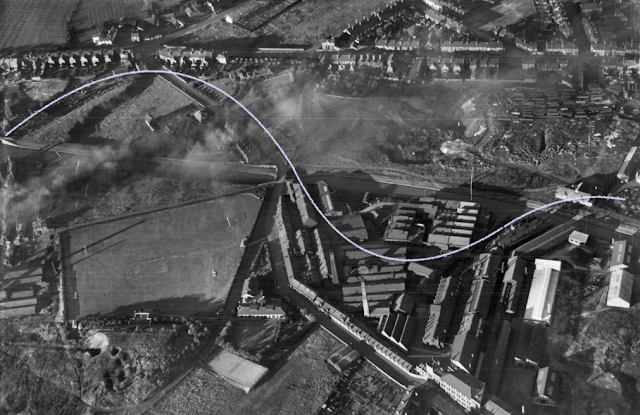 The above photos have been assembled from various sources, including those freely found on the internet. My thanks go to the many photographers alive and dead who have contributed to this collection and in so doing, are keeping the memory of these lost canals alive. These images are reproduced for ease of research are are not necessarily the property of this blog, and as such should not be used for commercial gain without the explicit permission of the owner (whoever that may be).
Posted by Andy Tidy at 8:40 pm