This trip proves the importance of making records. When I rediscovered the photos of this trip I couldn't believe that even my father (Capt Snr) would consider a Weedon to Reading and back trip as a viable possibility in just one week.
Not only would such a trip be impossibly taxing, it was equally mystifying how this could have taken place without me even remembering the effort involved.

I was therefore relieved to note that the Capt Snr had annotated the photos as "Reading to Weedon - shuttle trip - September 83". This was therefore clearly a one way trip with Weedon Narowboats shuttling us to nb Shoreweed which was lying in Reading for the start of the trip.
This was the third and final trip with Weedon Narrowboats who offered a one way option, providing you didnt mind which way you went. One way trips vastly extend your range and is a tactic we regularly employ on WB, with friends returning the boat to Calf Heath in return for a free week on the water. It works all round.

It may be a good idea to record a few reminisces about the Capt Snr, who died in 2002. My father was passionate about boats and water travel and had his life turned out differently he would probably have gone to sea in the Merchant Marine. However, this never happened and during the war he was shot on the leg by friendly fire. Friendly of not, a bullet in the thigh is no fun whoever shot it! He nearly lost his right leg and whilst he made a good recovery, he could never walk very far. In the mid 1960's he became interested in the near derelict canal network and would have to be regarded as one of the early pioneer recreational canal users, hiring flimsy plywood boats and covering great distances.

Canals really worked for the Capt Snt because they gave him a freedom to get out in the country in spite of his disability, at the same time as satisfying his urge for water travel. However, exploring the dilapidated canal system called for a crew to do the locks and initially this muscle was provided by my elder brother and, when he married I was into my teens and able to take on the mantle.

Our historic canal adventures, driven and paid for by the Captain Snr therefore fell into three distinct phases:

1. The early days in the late 60's with brother in all manner of Heath Robinson boats

2. The mid phase during the 70's when The Captn Snr, mother and I focused on the linked river systems in plastic cruisers

3. The final chapter in the early 1980's, when we returned to the canals in steel narrow boats, plus my widowed aunt.

The boat trips represented some of the happiest periods of my fathers life and his enthusiasm for water travel was boundless. With family boating suspended due to a lack of crew he embarked on enormous cruises in northern Europe, travelling far beyond the arctic circle and visiting remote and beautiful spots across the North Atlantic and Baltic.

I am sad that the Captian Snr was unable to see or travel on WB - owning a boat was a dream he never realised. As I criss cross these historic ramblings I can almost feel him there with us, drinking his tea, munching on "a little something" and always pressing on that little bit further in search of the perfect mooring. 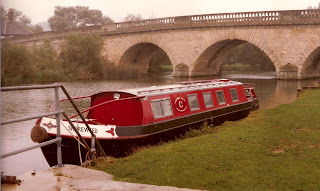 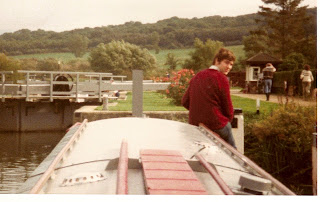 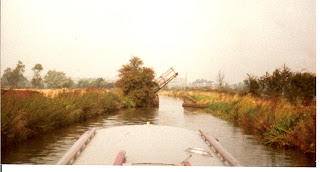 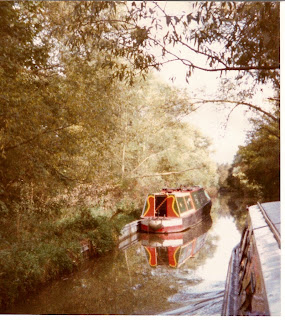 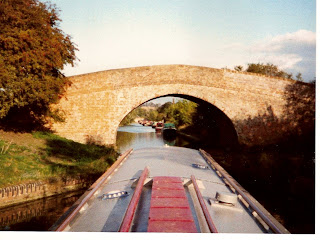 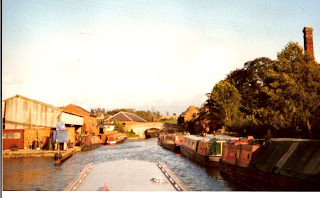 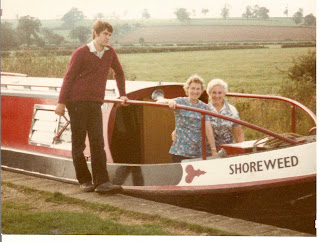