With Florida looming, we decided we would divide to conquer. Belle would stay at home packing and studying, leaving me to complete the trip with Tilly and Jeff.

On the Friday evening Belle returned us to Whittington, where Honey was moored all safe and sound (prayers of thanks). 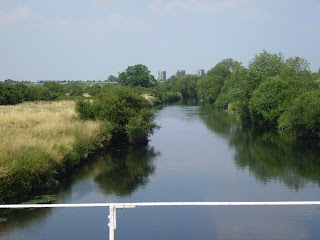 We were off with the larks the following morning, up through the slow Goscote locks and then the long Atherstone flight. 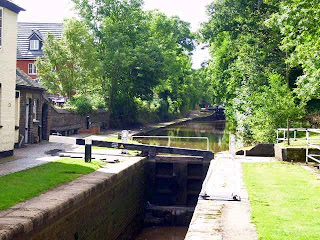 Honey behaved herself and the two days passed in a blur, burrowing under the M62 and then the M6 before emerging in Ansty and on to Rugby. 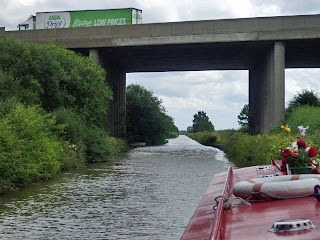 As we approached Rugby we received a phone call from Mr Truth wondering where we were. We soon realised that we were about 200 years apart and that he had found a good mooring in a park, opposite Tesco. Crucially, it was close to a beefeater pub and the next phase was clearly a booze cruise! 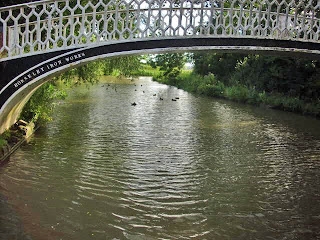 Mrs Truth swapped husband and two cronies for the Captain plus children, dropping us off at home and the prospect of two weeks in America.

Honey did indeed make it to Little Venice and this time without significant mechanical mishap. I am advised that one crew member went for an unexpected swim near Whilton but the less said about that the better.

The return journey was again undertaken by Messrs Whately Snr and Jnr who reached Stone as the closest achievable point to the Tatton Festival. Her stern gland problem reared its head again on the return journey, and I paid her a quick visit at Tamworth with Mr Whateley to apply remedial treatment, and pump out the many gallons of water which had found its way into her bilges.

That was the last I saw of Honey. Her engine seized and extensive work was required at Stone boatyard. I think she has since been sold on to a friend of Mr Primrose so if you see a very scruffy springer, now painted British Racing Green, clock her location and let me know if she is still afloat.
Posted by Andy Tidy at 10:21 pm No comments:

Honey was off on her travels again, returning to serve as accommodation for the 2006 Chelsea Flower Fesitval. A relay team had been sorted out, organised by the Captain. The bulk of the trip south would be undertaken my Mt Truth, supported by a variety of friends and conscripts.

Due to a holiday to Florida, The Captian's contribution had to be limited to two weekend shuttle trips, getting Honey as far as Rugby before handing her over.

Phase one, Calf Heath to Whittington, was undertaken by The Captain and Belle, whilst both Tilly and Jeff were elsewhere, a rare weekend alone.

Saturday started with a two car trip to Whittington and a mooring identified during the previous year's hire boat (Conrcrake from ABC Leisure) Black Country Ring trip. The first day way ideal spring weather, bright and fresh, but with a nip in the evening air. We made our way down the Staffs and Worcester mooring up below Gt Haywood lock, eating in the nearby pub. The night was particularly memorable as we lay snuggled under our duvet with the stove chugging away beside us. 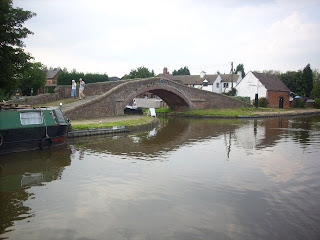 As we started to doze off Bell observed what a perfect day it had been and how much she had enjoyed it. I think her actual words were " I am amazed, I have found this absolutely lovely and Honey is a horrible boat (a bit harsh in my view but not that far wide of the mark in reality). If I like boating on Honey how much better would it be in a nice boat of our own". With that she fell asleep and my mind went into overdrive. 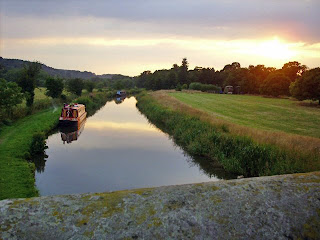 The next way was cold and blustery. We made our way through Armitage and Fradley Junction, turning down the disconnected part of the Coventry Canal passed Seethay wher we refilled with diesel. During this stage we talked about buying a boat, what it would cost and what would have to happen to make the dream a reality. We concluded that it would need an income uplift of £200 pm minimum and left it at that.

We made it to Whittington and our parked car by 3.00pm leaving Honey securely moored and sheeted down. I left her with a prayer for safety.