My visit to North Norfolk included a trip to see the sea, and by coincidence our arrival at Walcott coincided with an unusually high tide. 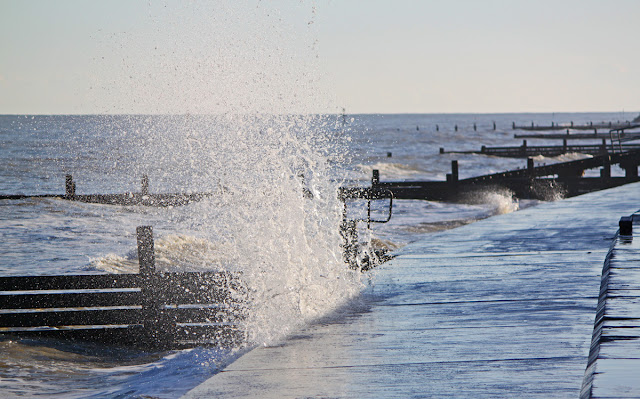 The sea was just a couple of feet beneath the main walkway and for the first time ever there was no sand to be seen. 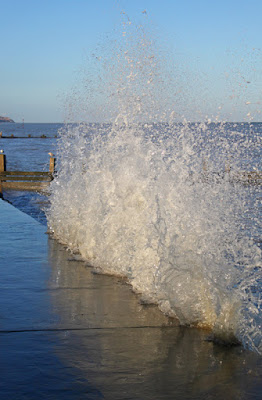 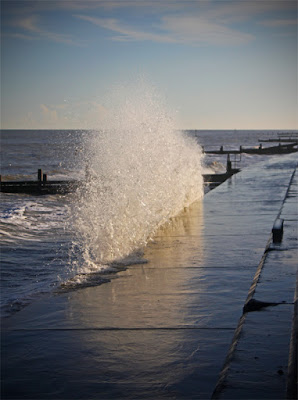 Instead small sharp waves were smacking up against the sea defences and throwing up sheets of spray, which offered an unusual action photographic opportunity. 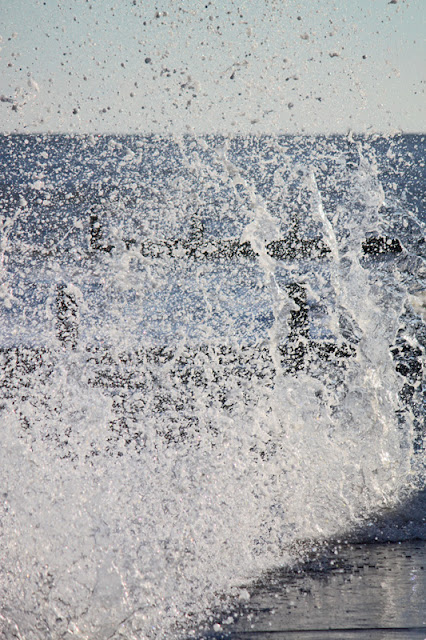 The diminutive and remote North Walsham and Dilham is one of the unsung hero's of the restoration world. Rarely has so much been achieved by so few and its always interesting to visit the middle pounds where the channel has been extensively dredged and Bacton Wood Lock restored to a near workable condition. 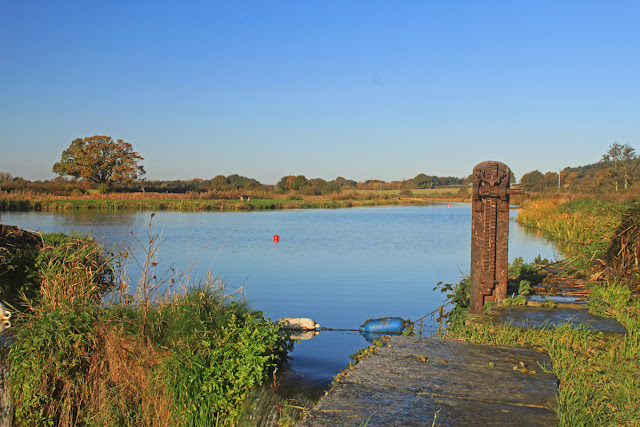 Its a year since I last visited the Ant valley but a sunny if somewhat frosty morning encouraged a visit and the prospect of some good photos. 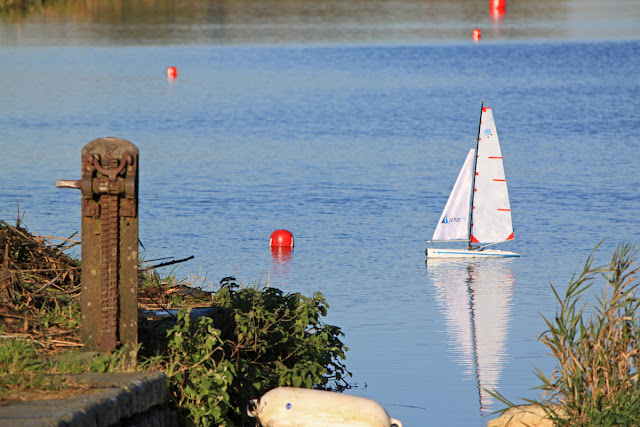 Boating on the North Walsham and Dilham - starts in a small way!

I started at Ebridge Mill where the mill pool was brimming full, and the shimmering water was playing host to an enthusiastic model boat club. Their remote controlled sailing boats were darting in and out of a buoyed course against a backdrop of the mill building wrapped in polythene as conversion to housing proceeds. 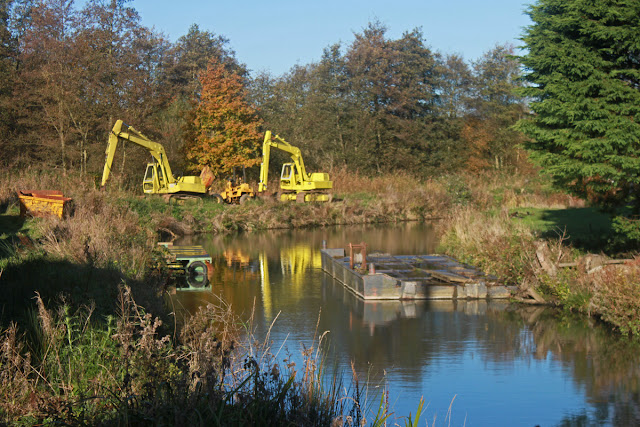 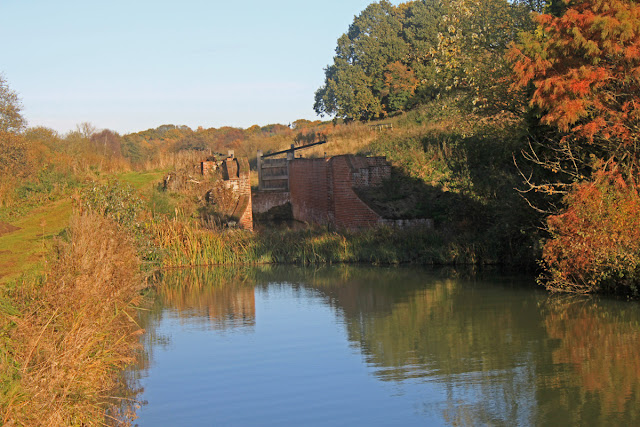 Then it was on to Bacton Wood Lock where the channel from Whitehouse Common Bridge has been fully dredged and two huge pontoons sit, waiting for their next job. The last time I saw the lock is was stark and new, but the brickwork has now mellowed and there it sits complete with upper gates waiting to hold back the weight of a top pound in water. 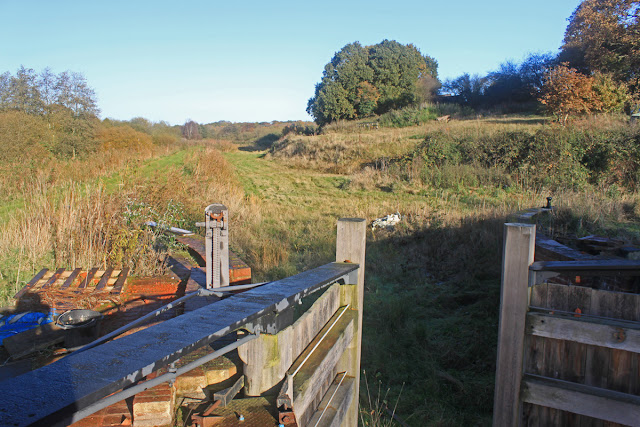 The last stop was at Royston Bridge where a small convoy of diggers sit in between jobs. The main channel has seen no action over the last year and reeds have grown in its bed, but the team appear to have been working on the adjacent river bed which currently carries the waters of the River Ant. The plan appears to be to block the exit from the canal bed to the river and force the water to flow down the canal to Bacton Wood Lock and the adjoining mill, but I suspect that the Environment Agency is involved and setting up obstacles to ensure the water balance of the area is not adversely impacted. 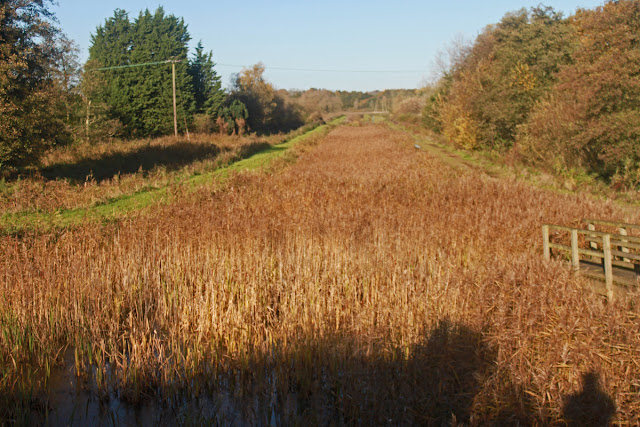 And so the track stands ready and waiting to be re-watered, and when it is the team will just need some bottom gates and they will be ready to establish a trip boat which would be a major tourist attraction in what is a popular holiday area.

Keep going guys - its looking good.
Posted by Andy Tidy at 6:00 am 1 comment:

One of the thing I love about sharing my discoveries on the blog are the responses I get and the fresh insights, which add snippits of information which would otherwise be lost forever. 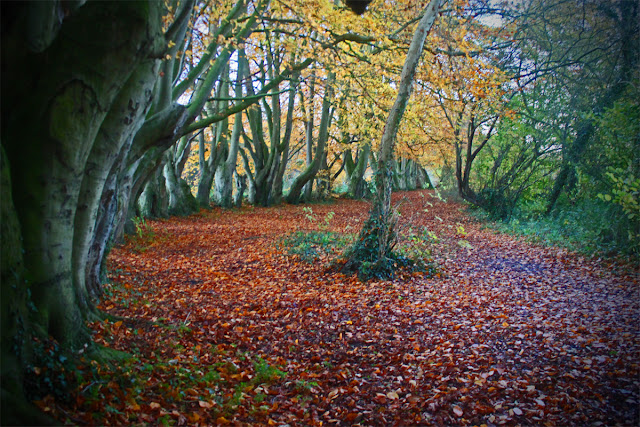 This weekend I am visiting my mother in Norfolk and my journey to her home took me through Coltishall, where I spent my childhood. With the sun setting there was just time to stop at Horstead Mill and grab a photo under the stand of beech trees which grow along he riverbank just above the lock. Its one of my favourite spots and is an area where I spent many happy days during the summer holidays in the 1970's.

As I stood on the lock I looked over the water meadows towards the old Salvation Army building in Coltishall (now a tea room) and saw the huge willow tree which reminded me about some recollections made by a local resident I vaguely knew in my youth. 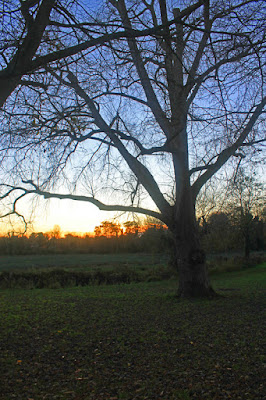 Way back "in the day" the garage which stood on the island in the middle of the village was very different and consisted of a set of sheds out of which a car and cycle repair business operated. This old Central Garage was run by Mr Albert Deacon, who retired with his wife to a bungalow in Westbourne Road. I dont think I knew Albert but I did know his widow with whom I struck up a real friendship, and most Sunday evenings would see me heading off to her house where we watched programmes like Triangle, The Brothers and, I think, Cilla!. My parents didn't have a TV at the time so this was all heady stuff for a teenage lad, aided and abetted by some rather big slices of cake. 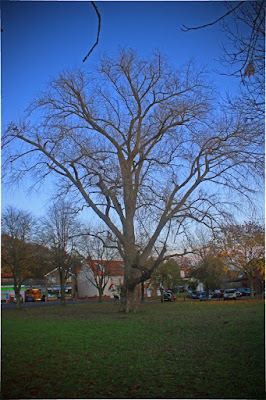 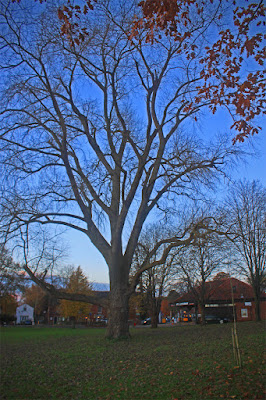 Anyway, I digress. Before they moved to their retirement home they must have lived close to the garage because they had an allotment on what is now a triangle of common land behind the petrol station. The allotments had sheds and washing lines and the story goes that Doris's washing post snapped dropping all the laundry on the ground. Without and delay Albert sought out a suitable branch of a willow tree, cut it down and rammed it into the ground as a replacement post.

Sadly the allotments are long gone, as are the Central Garage workshops and both of the Deacons, but the post lives on. The branch took root  and sprouted into the 80ft tree which dominates the common today. So, next time you refuel your car in in the village, look over towards the water meadows and offer a nod of appreciation to Albert's living memorial.

Richard - thanks for this little nugget.
Posted by Andy Tidy at 4:57 pm 4 comments: