If I am honest The Crick Festival isn't an event I rush attend. Great if you want to look at boats but not really my cup of tea as just an attendee. 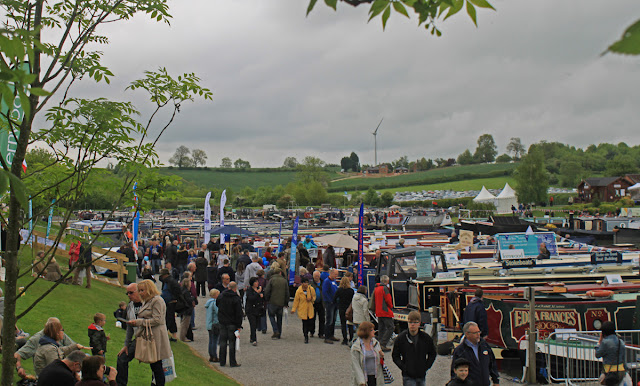 Our first visit was about seven years ago when we zipped in and out for an afternoon. OK but not great.

The second visit was two years ago when we attended as exhibitors in the early days of Wild Side. That visit involved three very long days of hard work and we decided that there are more fun ways to undertake our business. 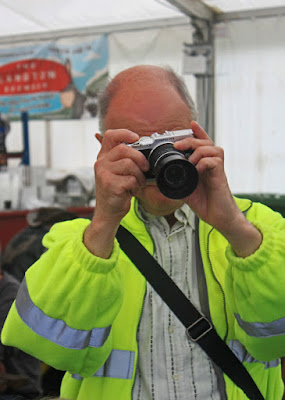 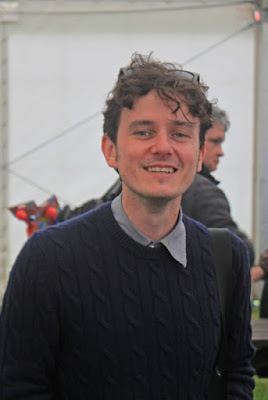 This year was our third visit and one where our tickets were complimentary, care of Waterways World in return for participating in two days seminar on Floating Businesses. As a bonus we shared the platform with Sandra Walsh, Barry Teutenberg and Sarah Henshaw, all close friends whose company was reward enough in itself.

Offering two one hour slots to talk about something I am passionate about is no hardship and it also left lots of time to socialise, catching up with lots of friends and acquaintances. Given our participation in the event we ended up meeting pretty much all the Waterways World team which was a bonus, putting faces to names and e-mail addresses. And then there were all the boating friends, John and Jan Halford , Adam and Adrain, The Herbies, the BCF crowd, The Balmers from Waterways Routes, the Lichfield and Hatherton crowd and many more. All very sociable and lots of fun underpinned by a stay with Sandra and Barry on Areandare. 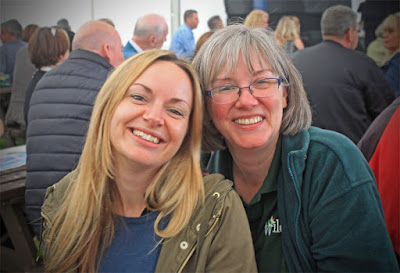 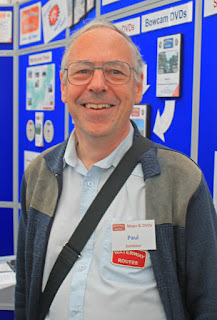 I have to say that our 2015 experience of Crick was by far the most enjoyable the our two days on site passed in a blur.

But we did make some time for the serious side of Crick. We are planning our kitchen / saloon refit on Wand'ring Bark which will happen this winter so we took the opportunity to view six or seven boats looking for ideas and inspiration. There are certainly some lovely boats out there and we came away with a good ruck of ideas. We did also make one impulse purchase which kicks the project off - a stainless steel water purifier which was expensive but will help no end with the on board jam production. 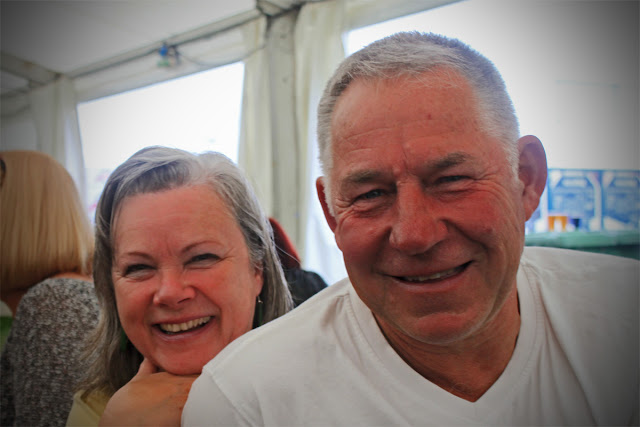 Of all the boats we saw, two stood out for very different reasons.

For me the boat of the show was a day boat produced by MGM. Not large or up market but a great base for a couple for up to a weeks travel. I particularly liked the huge front well deck which looked like an inspection launch plus the engine - a Beta 42 which in its unregulated form can get the boat up onto a plane! If you gave me this boat for a day I doubt you would see me back at sundown.

The other boat was Braidbar's latest offering. Their boats are unquestionably great but its not the craft which amaze me - its the near fanatical enthusiasm of the owners club. I stand in awe at any business which can command such customer loyalty that the will give up their weekend to sell the brand to new potential customers. But its a commitment which works and if I were to pace an order for a Braidbar boat I would be lucky to see it afloat for two years. Not bad in the current boating economy. 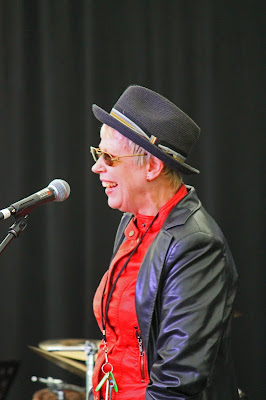 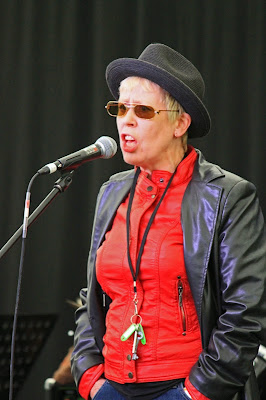 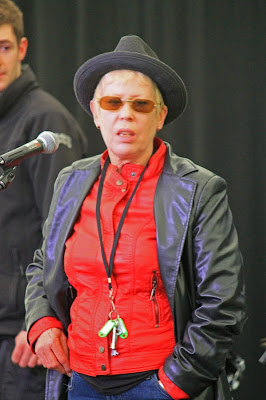 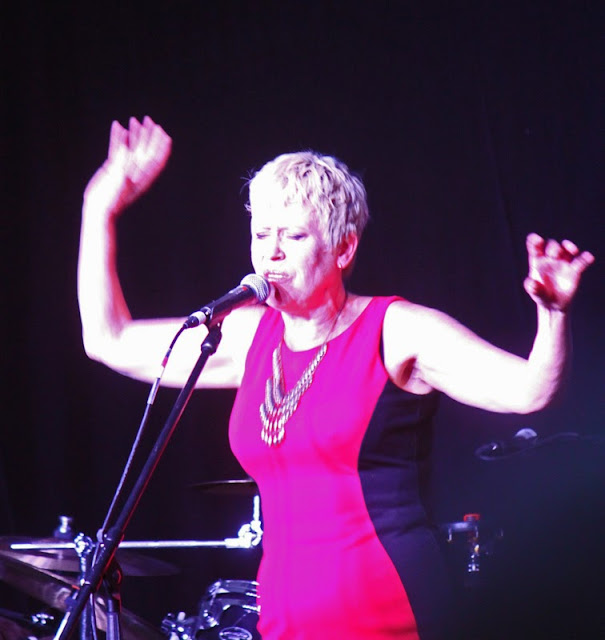 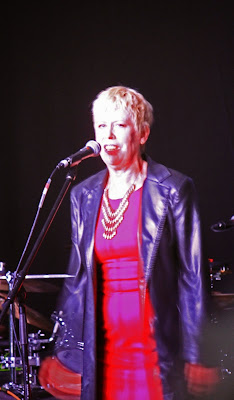 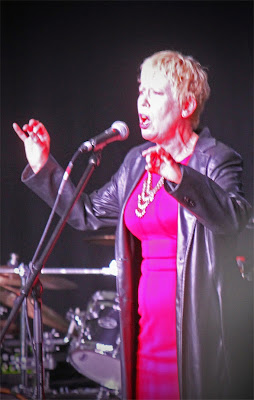 Our departure was delayed so we could watch her set in the evening and wow has she still got it. Same soaring voice, same jerky movements which somehow put me in mind of Suggs.  There were plenty of old classics in the bes the one which won my vote for  "best in show" was "If Only" which she sang as a duet with Andrew Poppy of the Subterranians - absolutely sublime.
Posted by Andy Tidy at 9:22 pm No comments:

Alvechurch Beer and Boat festival
May 2015

This was phase two of the Worcester Birmingham and Droitwich Canal Societie's marathon bicentenary celebration of the Canal's completion. 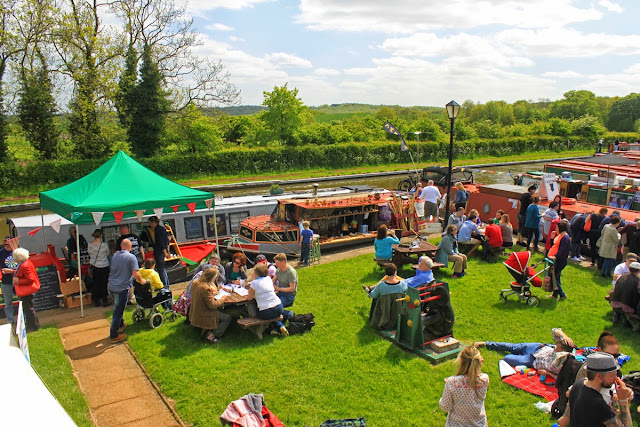 Trading at what is essentially a beer festival is breaking new ground for us. Sure there were several boats in attendance, most of which were known to us, but by far the bulk of the customers were there for the beer and were not looking for preserves. 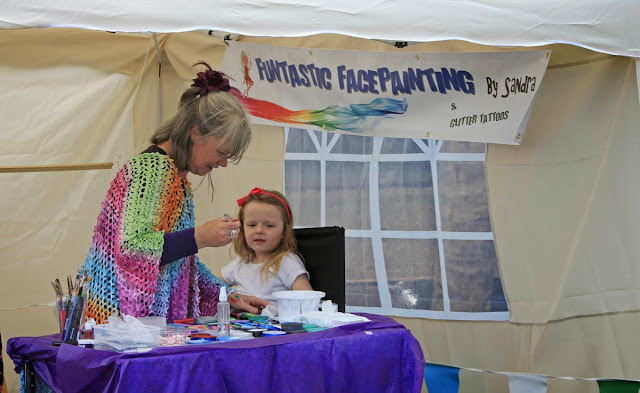 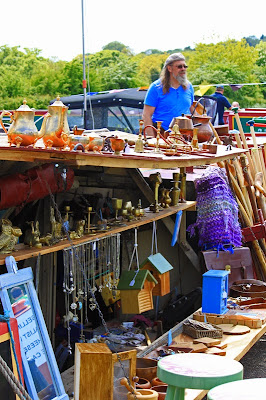 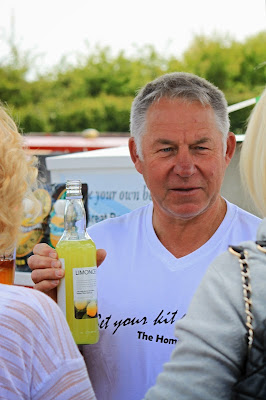 But we were not there alone. We were a select little bunch of traders including Sue and Aide on The Cheese Boat, Sandra and Barry on The Homebrew Boat / Funtastic Facepainting, Wicked Wood and ourselves. 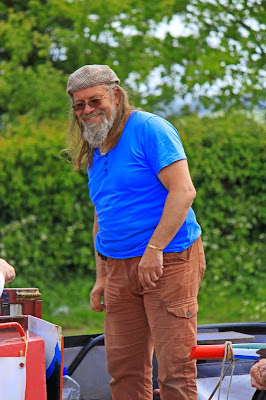 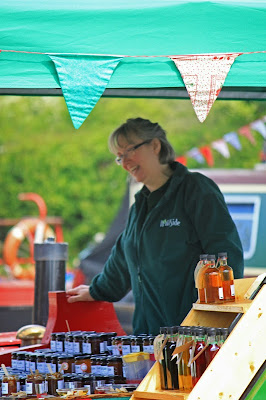 Saturday was a slow start but come the afternoon the sun shone, the crowds flocked in and the real ale bar sold 50% more beer than last year. The crowds thronged the site and the patch of grass in front of the boats was smothered in people soaking up sun and beer in equal measure. Suddenly sales took off and we did a whole day's trade in four hours.

As a surprise bonus, BBC radio Hereford and Worcester were there with and OB unit and Helen was duly interviewed and Sticky Toffee Pudding jam sampled live on air. 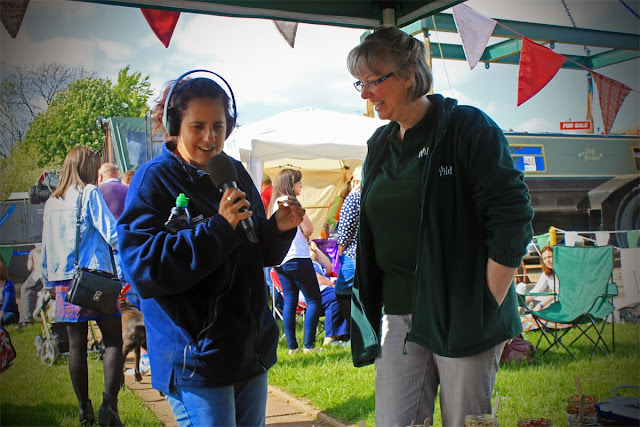 The word on the street was that the Beer Festival, itself over 10 years old and run by The Weighbridge Pub, was significantly enhanced by the boating dimension with a huge selection of bands performing from noon till 11.00pm. For my part the act of the show came on Friday evening in the shape of The Reflections - a cover band who poured energy and enthusiasm into an electrifying set. 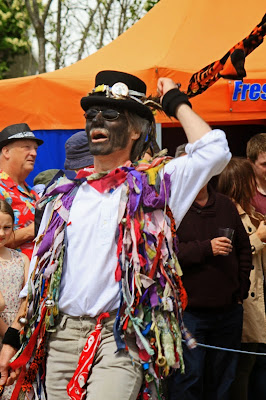 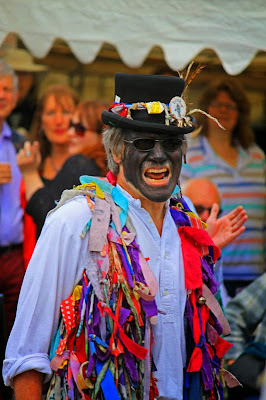 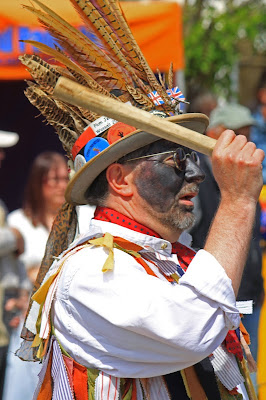 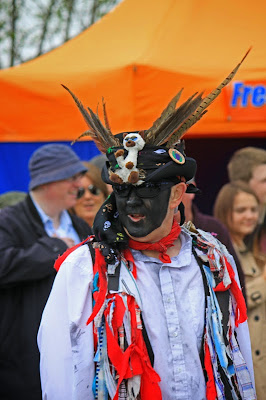 All in all it was a very enjoyable show which offered an opportunity to sample a wide range of excellent ales from a menu of over 60, plus the ciders and perrys. Perhaps the hidden stars were the ABC team who toiled in the background to run an busy boatyard around the festival, turning round the hire fleet in the mornings before the crowds arrived.

Sadly work impinged again and the boats were handed over to our relief crew for their run back to the new moorings in Aldridge.
Posted by Andy Tidy at 10:43 pm No comments:

After several days of glorious weather we awoke on Thursday to forecasts of high winds and driving rain - perfect conditions for an ascent of the Tardebigge flight of locks,  the longest flight on the system.

On any other day I would have moved up to the Queens Head at the foot of the flight and waited for better conditions but be were on a timetable.  We are trading at the Alvechurch Beer and Boat Festival Saturday to Sunday and with Bally and Sandra waiting for us at the top lock we really wanted to make the climb on Thursday.


As it turned out Barry was at a loose end and very generously offered to cycle down and help us up, rain not withstanding.


His offer was a Godsend particularly when Helen started to flag after 15 locks so Barry and I pressed on. Whilst the weather was not at its best we were blessed by a complete flight of empty locks which helped us on our way and in the end we emerged from the top lock exactly 3.5 hours after the entered the bottom one.


No photos I am afraid - far too wet!

And so the Droitwich show closes

Yes, yes, I know its the dog days of summer but in Droitwich the Bank Holiday Monday is dog day. The day of the dog show when hounds of every size and hue congregate in Vines Park, mingling with the organised walks and bike rides.

Fortunately the weather took a turn for the better, with blue skies replacing grey, the wind veering to a light southerly and the temperature picked up a good 10 degrees C. As a result the parkas were replaced by tee shirts and shorts and the crowds were out in force, making this the best day of the three for attendees and traders alike.

There was little time for photography as the preserve reserves ran low and we ended the day with a much lightened Jam Butty. If I take a purely commercial view of the event across its three days it was pretty much the same as 2014.

After a promptish take down to the beat of the end of event bash in the beer tent we headed upstream at 6.00pm, making out way up five locks to Droitwich Spa Marina, the boats temporary home for the next ten days as we wait for the Alvechurch Beer and Boat Festival.

And so normal life resumes back at home but kick started with a visit to Longwood Boat Club where we juggled a couple of mooring spots to squeeze both boats into the arm in preparation for our arrival in a couple of weeks time.
Posted by Andy Tidy at 5:59 am 1 comment: 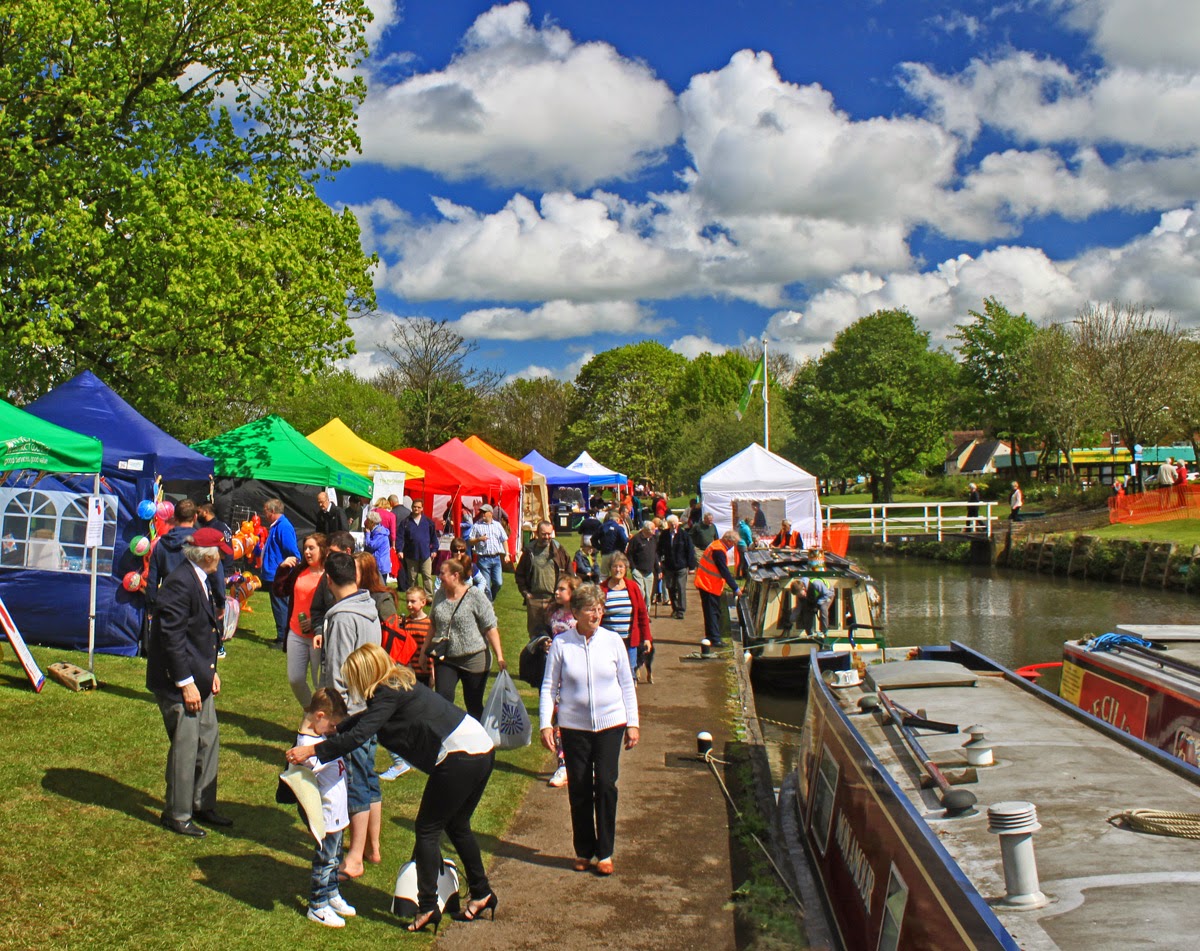 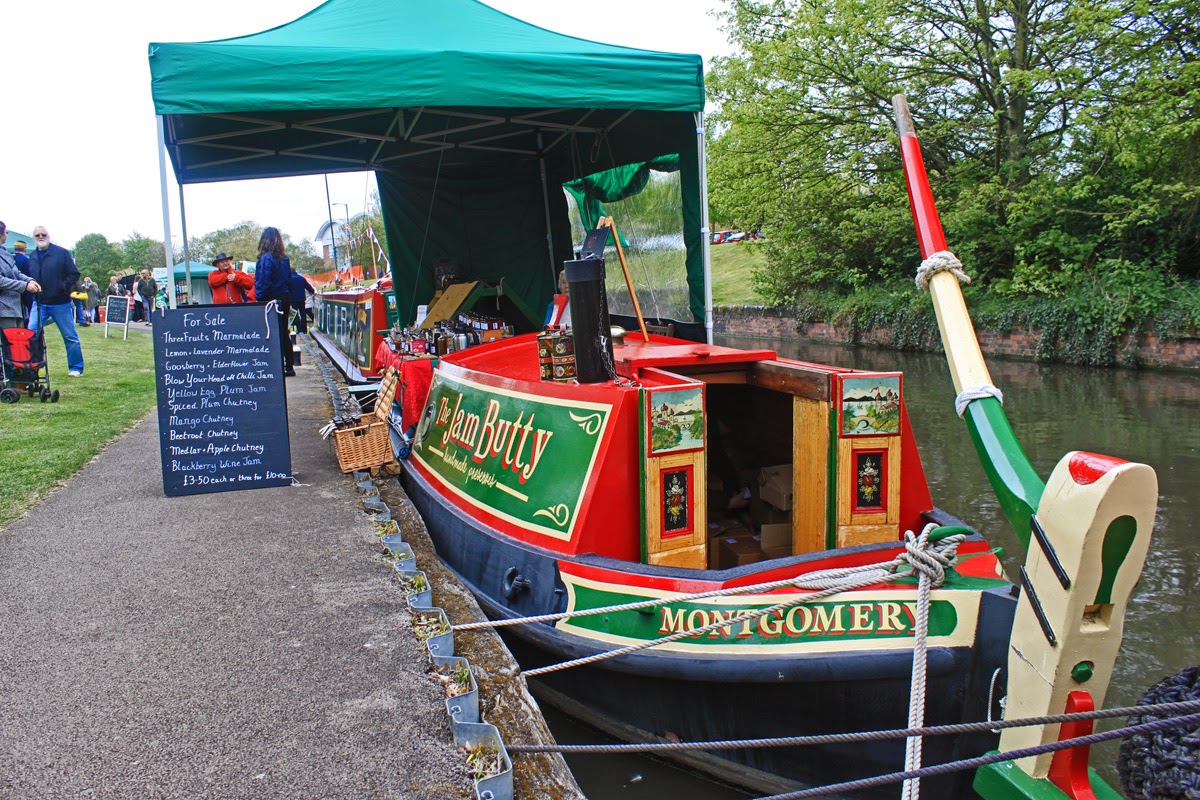 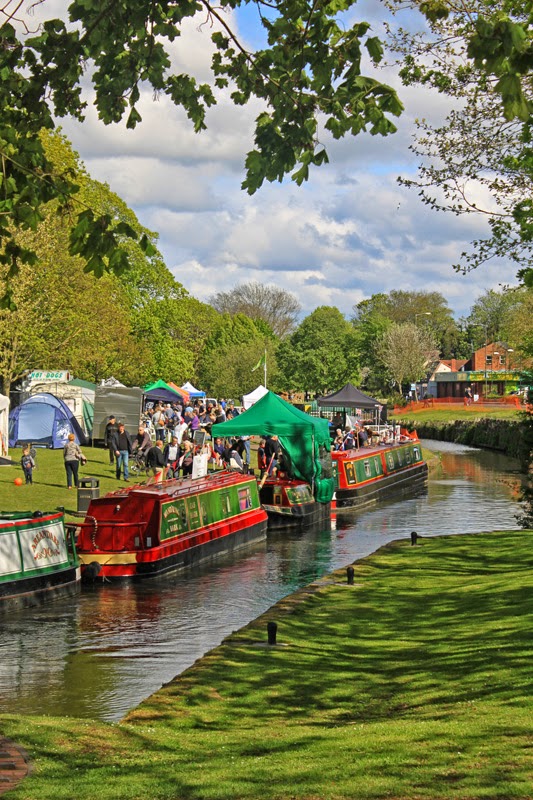 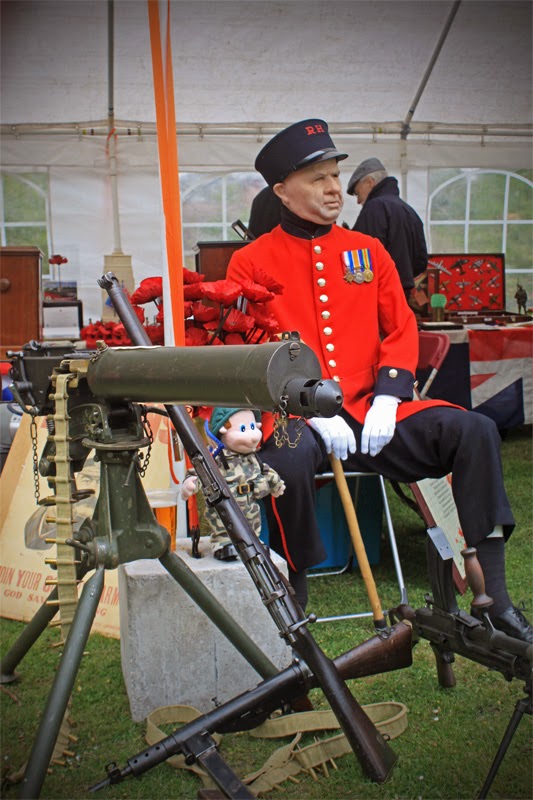 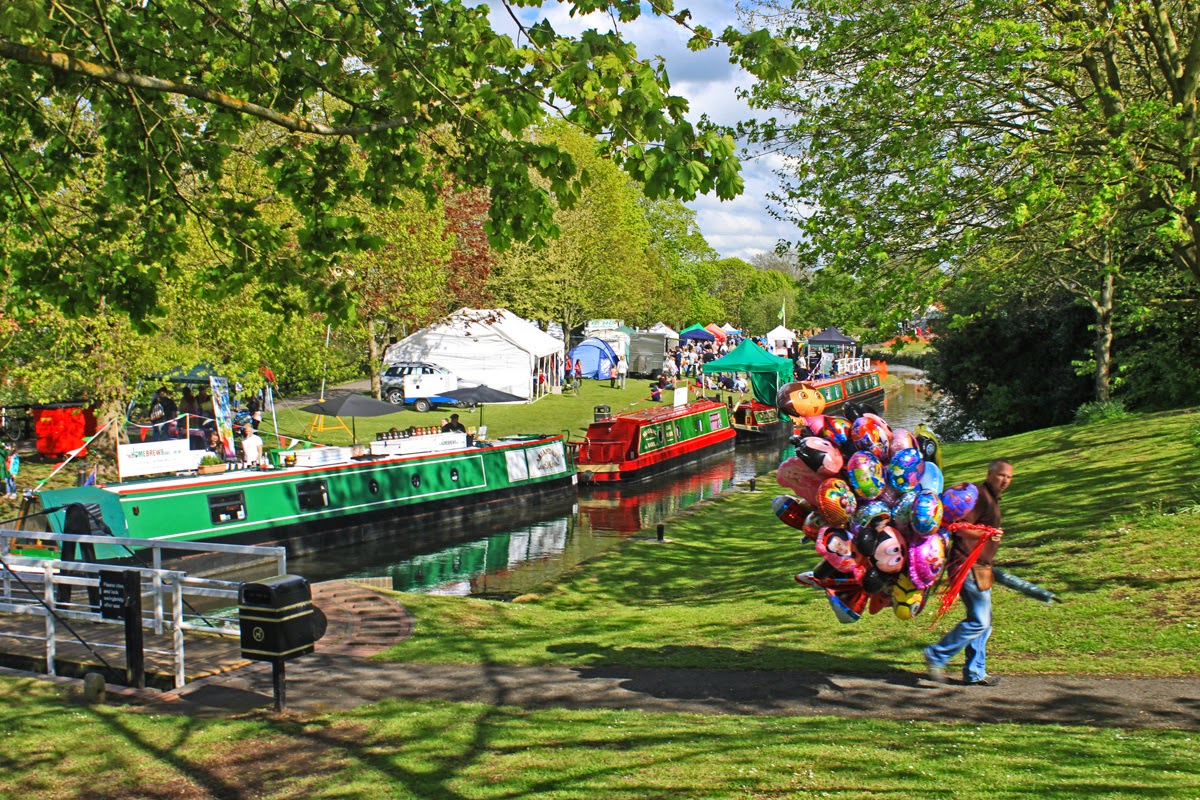 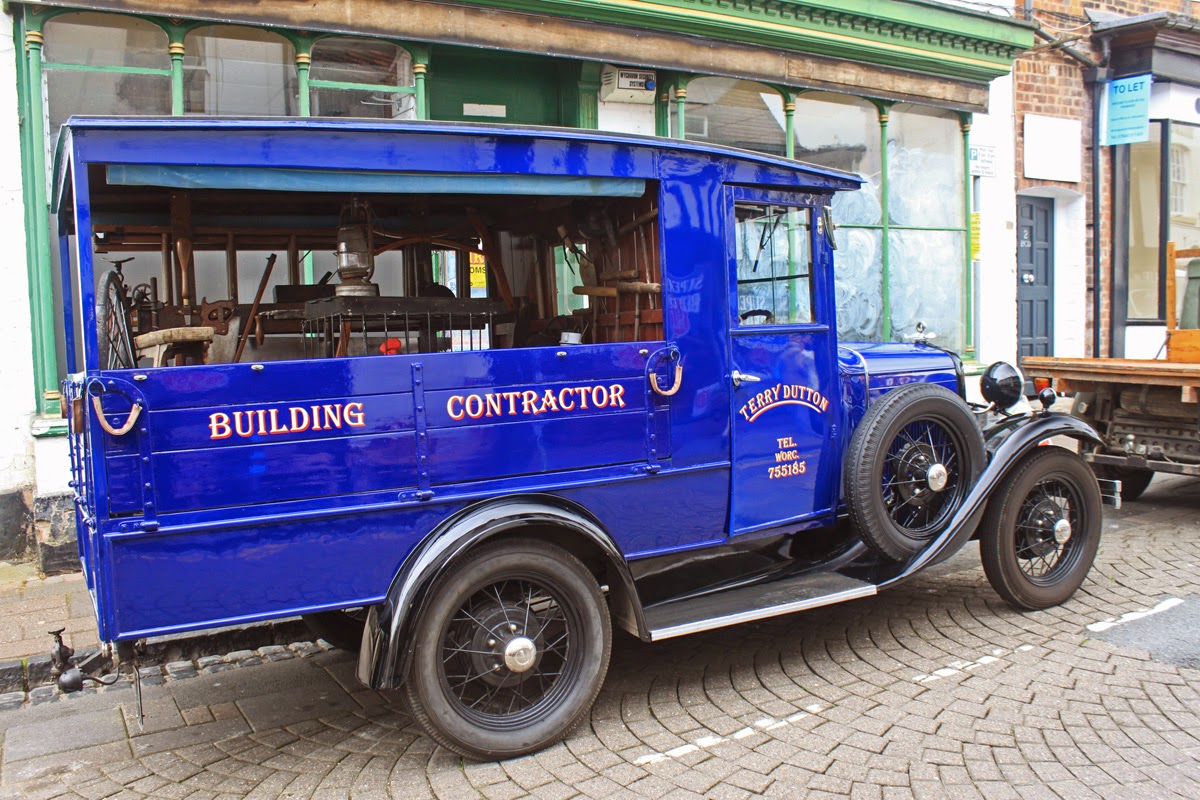 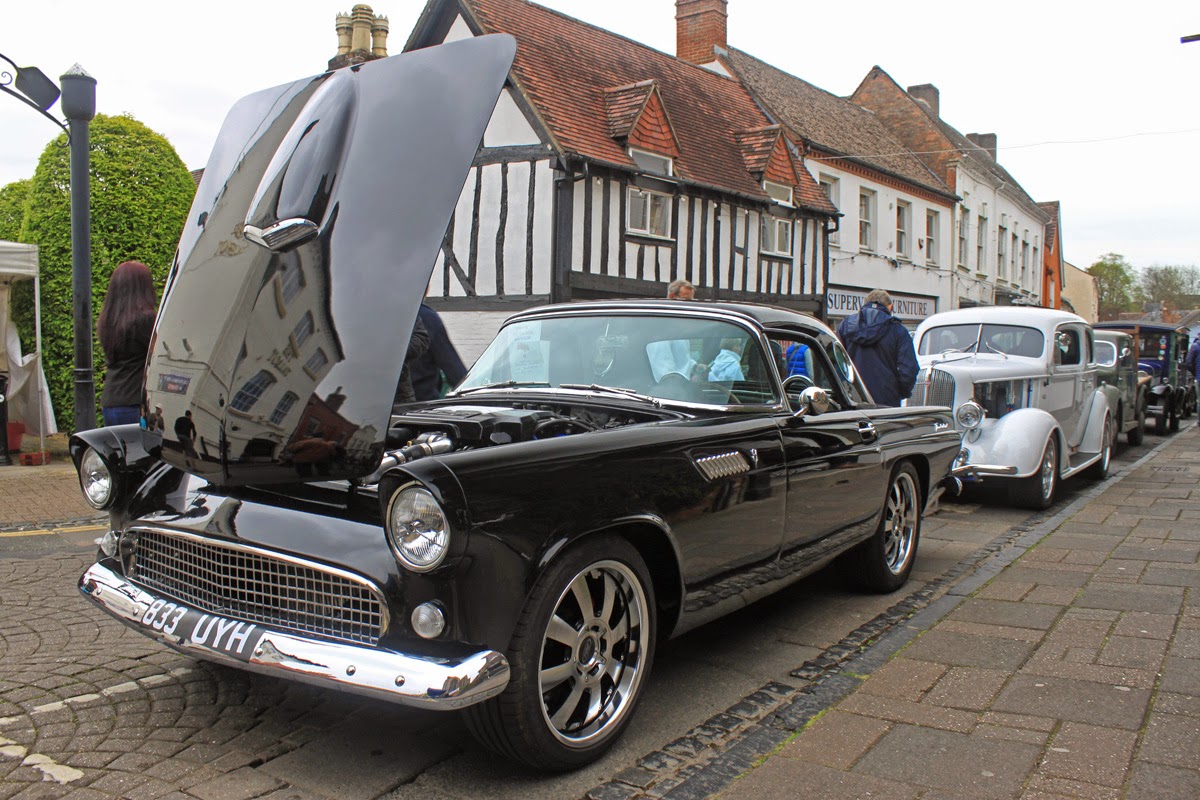