One of the problems of refurbishing a boat it getting the order of activities right.


Like any project it has a critical path. Some bits can be undertaken simultaneously but some elements can only be planned and executed when a previous bit is finished. 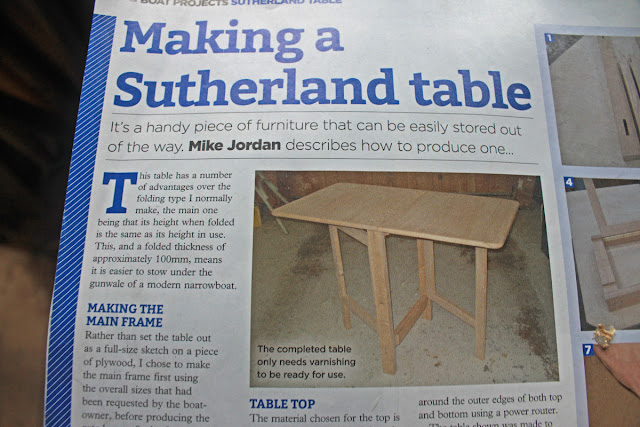 What I am aiming for


We have reached this stage in the saloon. The new seats are in but I can't plan the unit opposite till I know how we are going to store the table, and I cant know that till the table is built!

One thing is sure - the old table with nasty drop down legs has got to go. 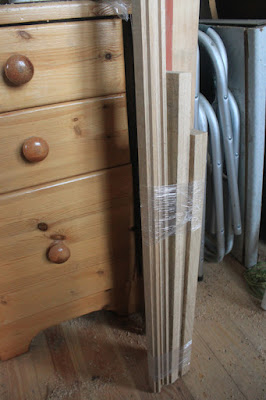 I had been thinking about a replacement table and was flirting with a desmo leg option till I saw a picture of gate leg table made out of oak by Mike Jordan, an occasional contributor to Waterways World. A bit of researched revealed that its designs were in the October 2015 edition, so I got on touch with Mike to identify his source of wood. 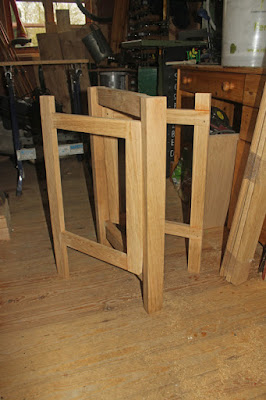 End of the first afternoons work

Obtaining oak faced veneer was proving problematic till Mike realised he had enough in his store for one further table. Not only did he have the wood for the table top but he also had the raw timber for the legs, which he kindly chopped for me. 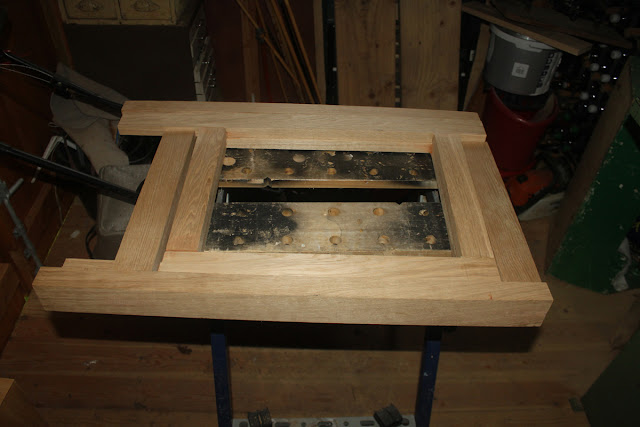 Mark is something of a carpentry wizz, so the pressure is really on to produce a version of his Sutherland Table which wont leave me ashamed. The snag is that Mike probably has access to a much more extensive range of woodworking tools than I do. My own workshop isn't by any means shabby, but the achilles heel in his plans is the use of mortice and tenon joints.  Actually, the tenon aspect is no problem and can be achieved quite simply with a band saw, but the mortices are a challenge. How do cut a square hole in a bit of oak?What I really need is a bench morticer, but I havn't got one so I have to make do with a drill hole, jig saw and chisel - which is effective but not quite as neat as I would like.


Then there is the wood itself. It is good oak but it is un-planed and larger rough cut dimensions than I need. So the next tool I need, and don't own, is a planer thicknesser. But what I do own is a rather nifty electric planer from Screwfix. It may be a little difficult to get a 100% consistency but with careful marking I should manage ok. 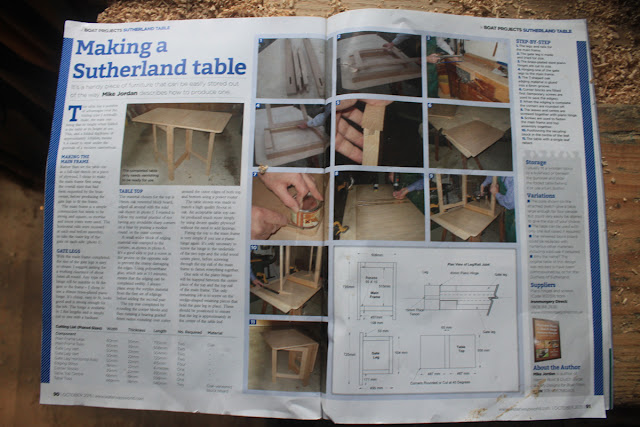 So today I made a start, reducing a big bundle of oak into a huge pile of sawdust, leaving just enough to build the central section and two gate legs. I am not sure it would pass the Jordan gold standard, but its a good start.