We seem to have been going round in circles so far this season. 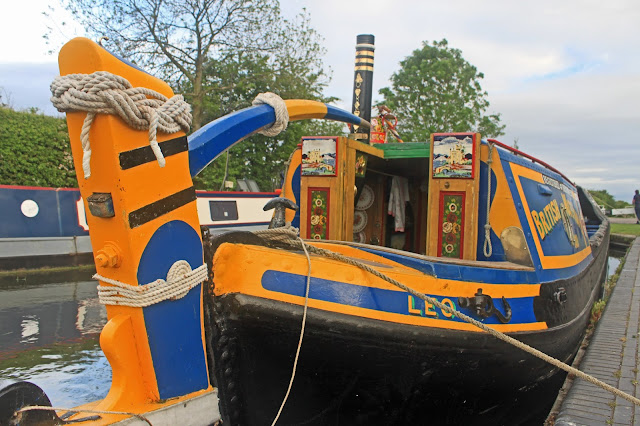 The sum total progress after one month afloat has seen us return to exactly where we started at Longwood. First there was the hurly burly of St Richards festival in Droitwich followed by the Coombswood open weekend at Halesowen and then to round it off we attended the BCNS Brownhills Canal Rally, after which we were pretty much out of stock. 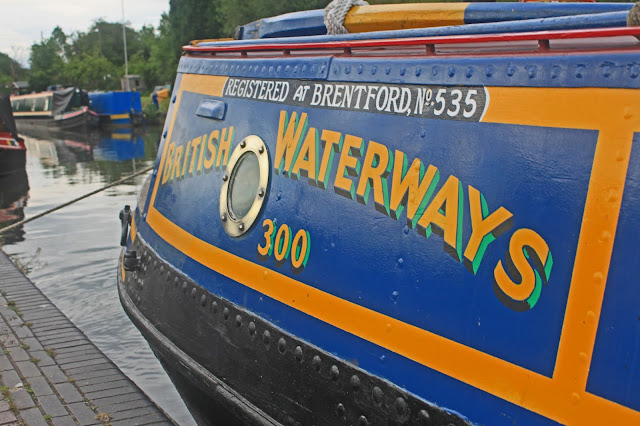 We therefore returned and replenished the hold of The Jam Butty with the addition of about 1500 jars of preserve, and once again we headed south.

Day one
Our reloading and departure was on the weekend of the BCN Challenge so the reloading process turned out to be one of constant interruptions as competitor after competitor crawled past and greetings were exchanged. In the end we set off at 9.00 am on the Sunday, taking the less travelled eastern route to the Grand Union. 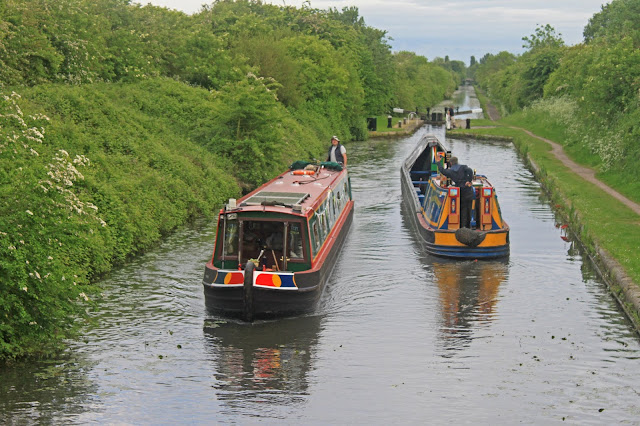 Busy on the Moshes

The sequence of locks is engrained in my head in the shape of the old boatmans ditty "The Moshes two, the Ganzies seven, the New thirteen and the Lousy Leven."

Because the Rushall Flight had been well used over the weekend we had plenty of water to see us through the usually dry pounds at the bottom of the Ganzies, but all the chopped weed was a bit of a pain. The Perry Barr flight (new 13) was painless bar the dozen motorcycles roaring up the towpath and we soon found ourselves in the strange netherworld under Spaghetti Junction. 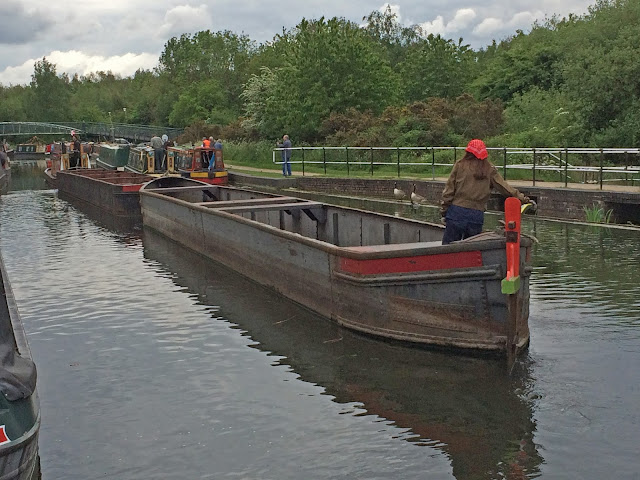 We then used the Saltley Cut which is a stretch of canal I rarely travel and the oily odours from the silt at the bottom lock reminded me of the same smells when I travelled this way over 50 years ago with my parents. Our solitary progress was broken on Camp Hill where we met our first hire boats doing the Warwick Ring.

After 10 hours on the move we stopped at Camp Hill services, tucked into the arm behind the toilet block. This is a very secure location and we made use of the very comprehensive service block which would do justice to a better travelled route. It was Gay Pride weekend in Birmingham so our stay had a musical soundtrack courtesy of the main stage in Hurst Street.

Day Two
I was off with the larks on Monday morning, leaving my crew of two asleep in bed. The canal is good and deep through Tyseley and Ackers but the water channel shallowed off at Acocks Green. Every bridge seemed to be silted up and I was never really clear of debris on the prop. Rather disturbingly, the Knowle pound was a good 10 inches down and this will probably be a problem all season.

Knowle Locks are something of a nemesis for me. When descending the short square pounds seem to acquire a sharply rotating current which grabs the motor before the butty is clear of the lock. The end result was, as usual, a complete mess. The bows were swept past the lock mouth and I was left with the option of either doing 360 degrees or being roped into the rock in a most undignified way. On this occasion we opted for ropes.

The  afternoon was dominated with the Aston Villa -Derby match being played at Wembley  and the miles streamed past as I listened to the radio commentary. Aston Villa won the  day  and made their way back to the Premiership as we arrived at the moorings at the top of Hatton Locks.

Day Three
As Dan had come with us from Longwood, we made use of his muscles to get us down the heavy going Hatton Flight. Progress was erratic and we had a series of waits for ascending boats and an equal number of squally rain showers. That said they passed, as they do, and we moored at the Cape of Good Hope where a downed some very acceptable pints and set Dan on his way back to Birmingham from Warwick Parkway. 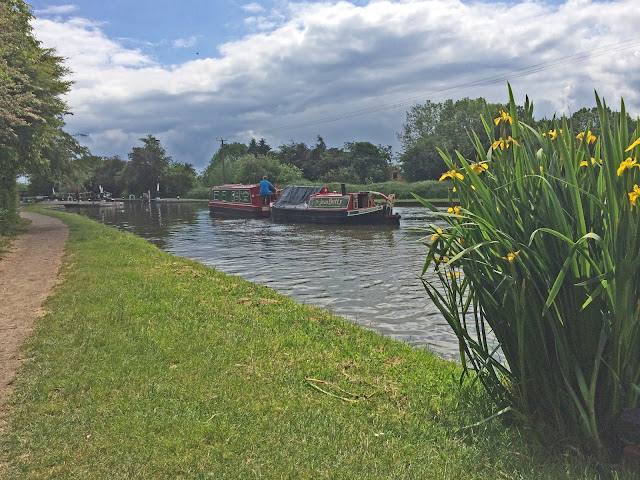 After three full on days we decided to stay put for the night and were later joined by Pam and Andy from the Glass Barge, who are also heading south.

We are now down to just the two of us and we are making for Banbury and then Thrupp, where we paused two years ago. Then it's a few weeks on the Thames and on to London. 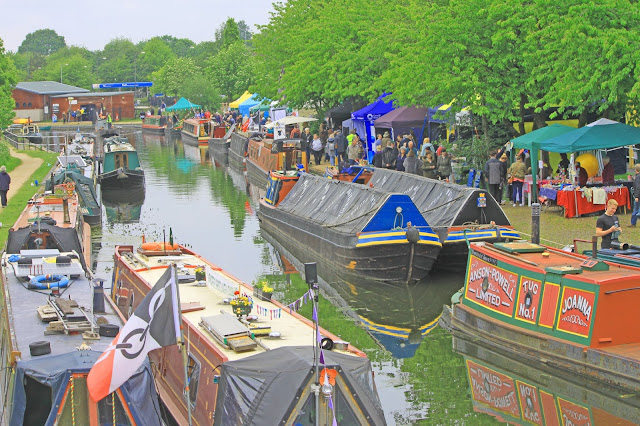 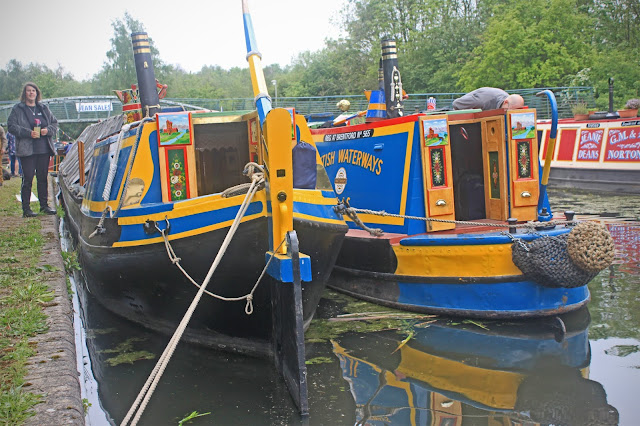 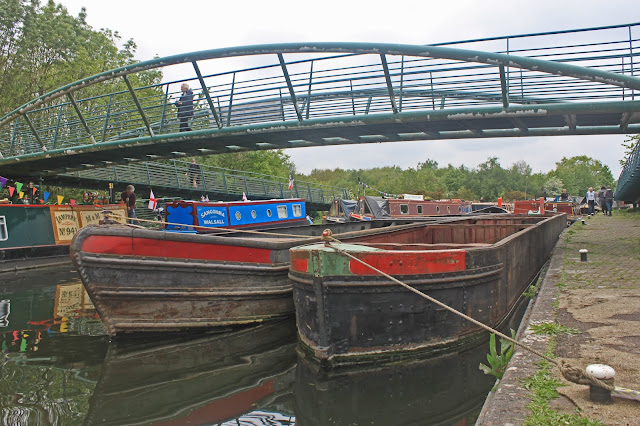 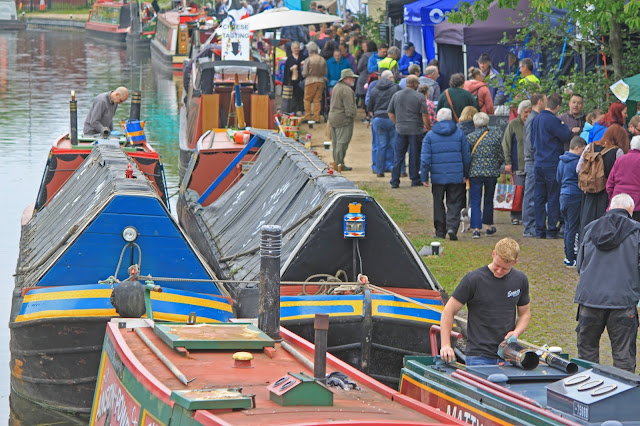 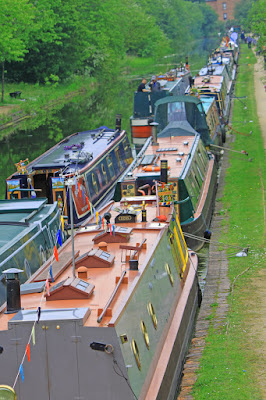 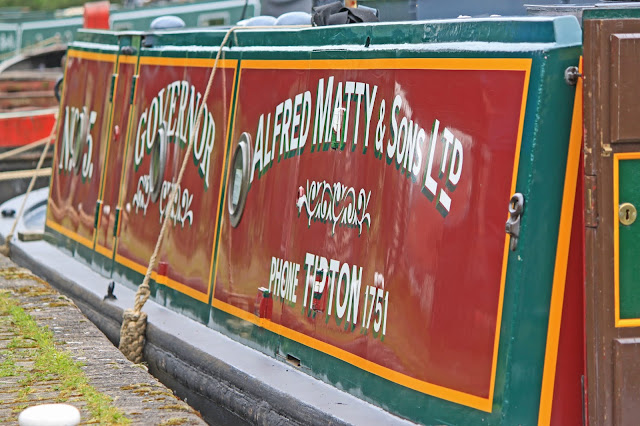 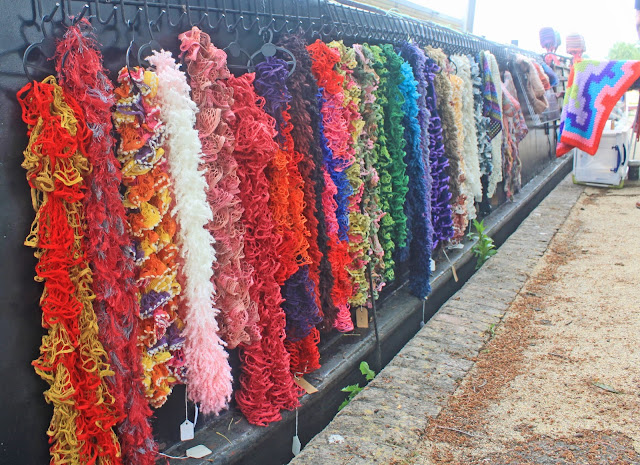 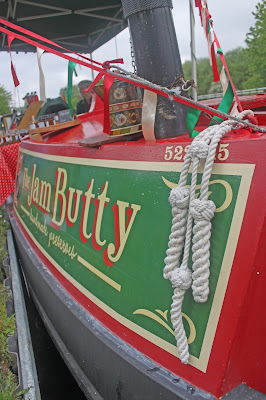