Whilst we may not be able to travel far, our remote location on the northern fringes of the BCN does off scope for a number of rather lovely overnight moorings. 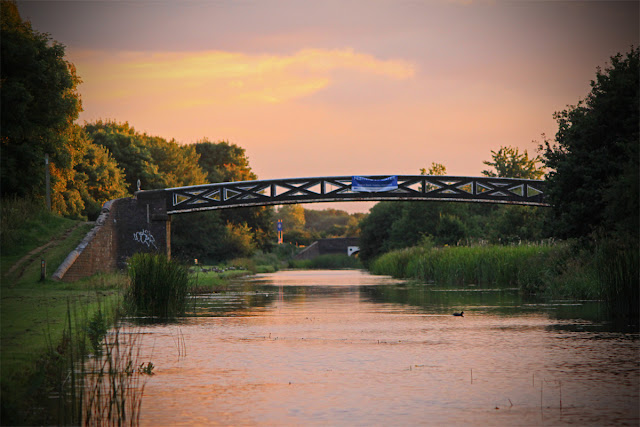 Helen has just completed her third course of chemo (half way there) and has recovered enough to want to venture outside the house, but needs to remain within striking distance of the hospital should anything go wrong.

And so a three day trip on the boat was prescribed. She has no energy for locking so that rules out the south - so, lets go north!

We make for Pelsall Common which is on countdown for the IWA Festival of Water  which will occupy the site in four weeks time. There is not a lot to see on the ground but the banners have appeared on the local bridges and the locals seem to have got wind of it.

We ate at the Fingerpost Inn and in spite of being just about the only eating customers at 6.00pm the food was less that inspirational, which was pretty much what we experienced last time. The lime mayo was missing from the starter and the deep fried onion rings were missing from the main - we had apologies and remediation but they weren't exactly rushed off their feet. I think we will pick up a Tesco's Finest for £10 next time and eat on the boat. 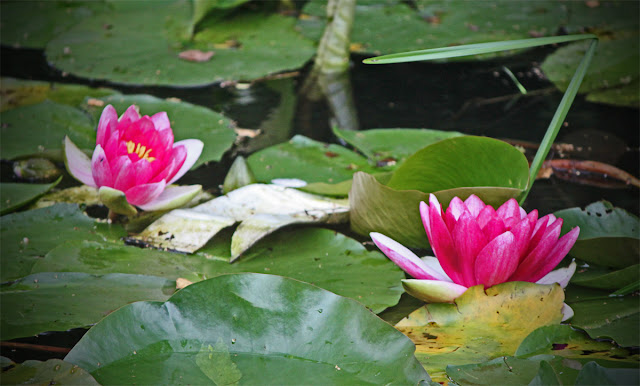 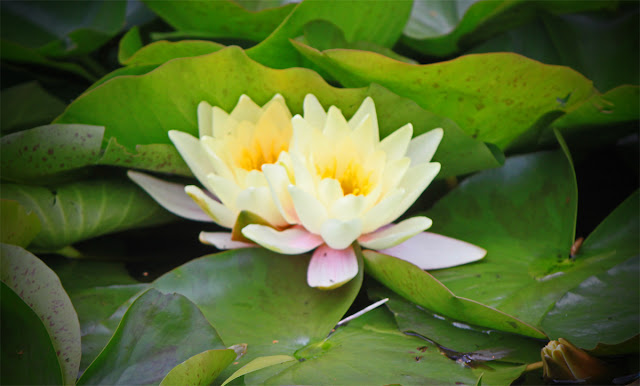 Water Lillies in the canal

As ever, the common was deserted and apart from some dog walkers we had the place to ourselves, savouring a lingering sunset after an afternoon downpour.

A lazy start followed and we puttered the hour back to Brownhills where we paid a visit to Tesco just beside the canal and also picked up 5kg of red peppers at Aldi for another batch of Blow your head off Chilli Jam. 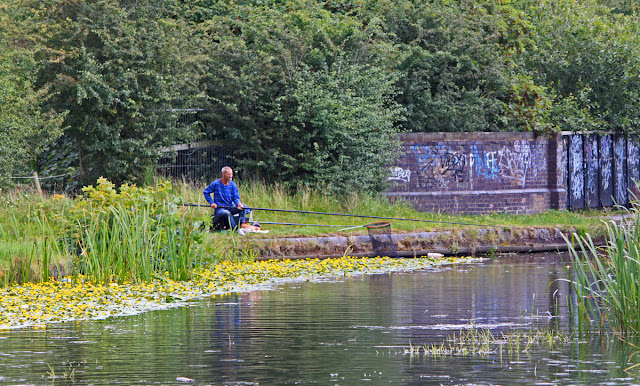 Tranquility on the Anglesey Arm

Then it was for another hour as we wound our way along the weed fringed Anglesey Arm for a mooring in Norton Pool, beneath the high earth ramparts which hold back the Chasewater reservoir. Along the way we passed "Cockfest", Brownhills very own music festival which was in full swing. Now dont get me wrong, its a nice effort but the event isnt about to rival Worthy Farm in Glastonbury. I will bet you are wondering about the rather splendid name Cockfest. No its not a nudist festival for gents with impressive lunchboxes, but rather because it is held on the site of an old chicken farm. Only in Brownhills....... 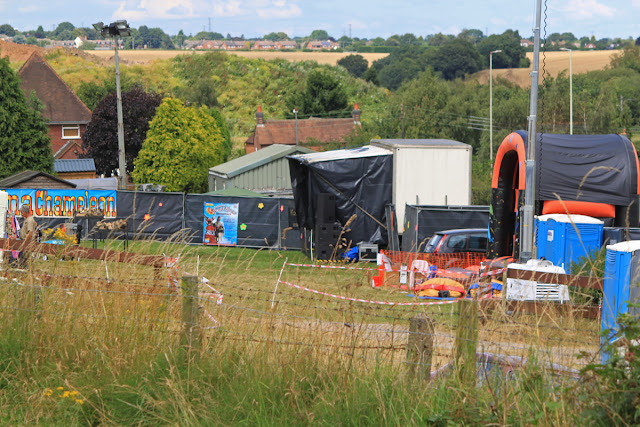 We have previously moored in the inlet beneath the dam, but the sound of running  water had me up to the loo four times in the night so this time we moored at the site of the old coal gantry, near the remains of the coal chutes. 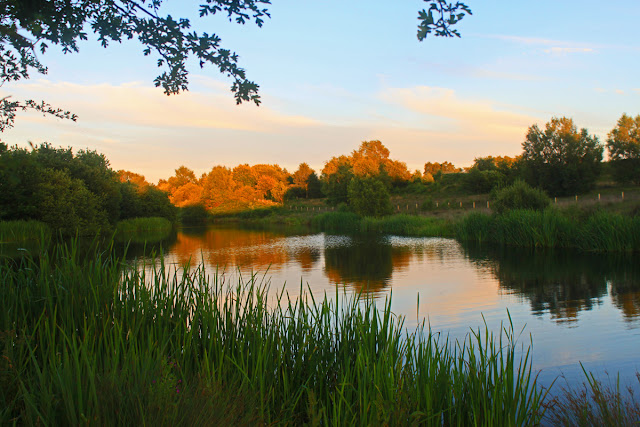 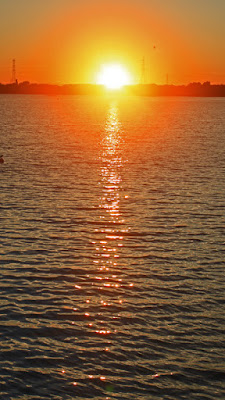 A lovely secluded mooring in the midst of the old drift mines with only the faintest hum on the M6 Toll to disturb us.
Posted by Andy Tidy at 10:56 pm 2 comments:


The Jam Butty will be making a pop up appearance along the route of what will be the very last Rosie's Walk in Aldridge this coming Sunday (17th July). 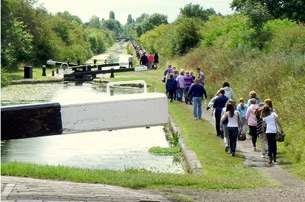 Rosie's Walk, or more accurately Rosie's Helping Hands, has been a local charity inspired by the tragic and senseless killing of Rosie Ross in Birmingham on 12th May 2001 when she was just sixteen. Each year a large crowd gather near Longwood Boat club and walk a three mile circuit in her memory, raising about £15,000 pa which is used to benefit local children's works.

As well as a canalside walk, the route takes you through the Hayhead Local Nature Reserve which is itself one of the more fascinating lost sections of the BCN canal network. 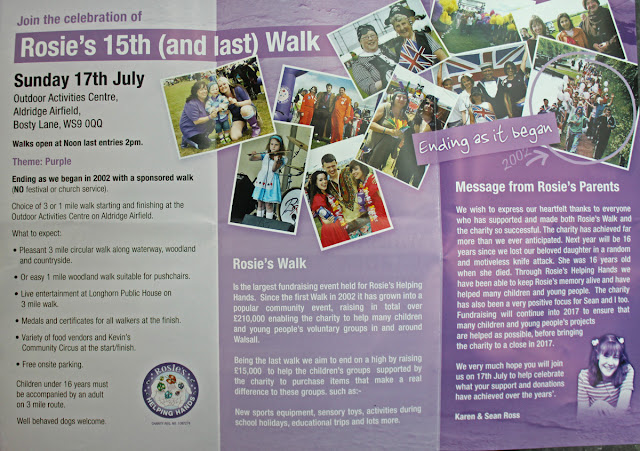 This year will be the last and with the blessing of the event organisers (Rosie's mum) The Jam Butty will be open for preserve tastings and sales on the visitor moorings at Longwood Boat Club and Rushall Top Lock. 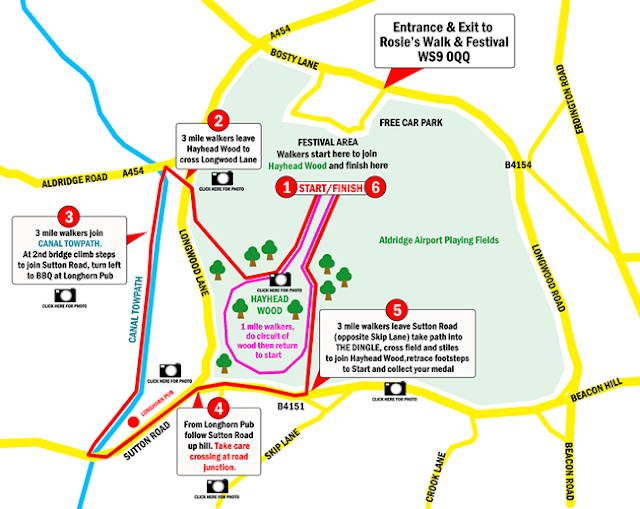 As an extra bonus the Homebrew Boat will be on the canal at the same time so you can sample locally made preserves and learn more about the subtle art of fermentation, as well as getting some exercise on what promises to be a lovely summer day.

The Jam Butty and The Homebrew Boat will be open from late morning till late afternoon and the walks themselves will start at noon and the last start for both the three and one mile routes will be at 2.30pm (Satnav WS9 0QQ).