There is nothing like getting out on the water to inspire a blog post or two - in fact their immediacy makes a refreshing change from the Canal Hunter Vlog which is, by any standard, a slow process.

In the absence of larger canal-side gatherings during the early summer, we are out and about travelling from village to village and doing a spot of towpath trading. We move maybe 10 miles a week and playing tag with the car and bike - not quite canal life as we usually live it, but its great to be afloat again. 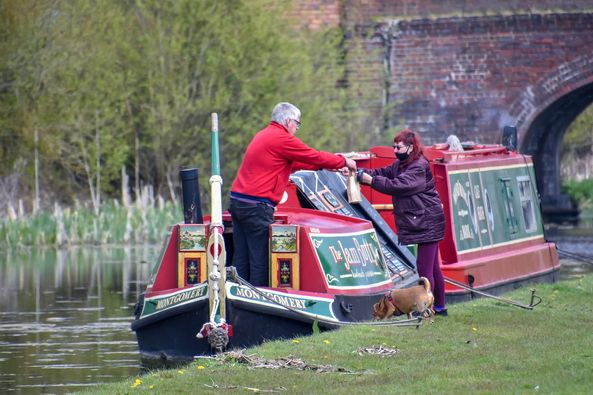 After joining the BCN Campaign Cruise to Walsall we emerged from the urban canals and are making a slow journey round to Coventry Basin where, we hope, there will be a City of Culture event at the end of June. Currently we have made it to Great Haywood and we will be staying here for the bank holiday weekend.

We have become quite familiar to the slower nature of towpath trading these last 12 months but the upside is that there is no full on rush to erect the stall, and instead its just a case of hanging the display boards out, assembling the bell - and waiting.

But those of you that know me will testify, I am not very good at sitting still. Especially so when there are jobs to be done around the boats.

Before we even set off I made is most of the way through a long list of winter repair tasks which included repainting the bows of both boats, resealing one of the leaking portholes, repainting the shower room and the rather unpleasant task of painting the engine bay with bilge paint. I did plan to repaint the water tank but as any of you that have tackled this task will appreciate, it wans't hard to convince myself that it could "do another season". 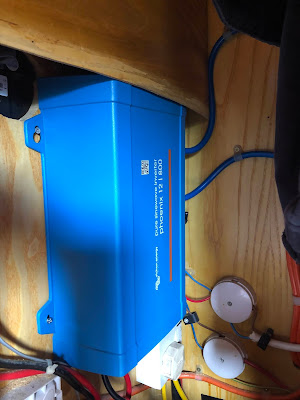 However, its impossible to predict all those running snags which emerge, like the non functioning horn at our first blind junction (not that that matters a lot on the northern BCN!). This I could live with, but the sudden failure of our 15 year old Sterling Inverter meant no laptops - and that was rather restrictive. So, as we had the car with us, we made a detour to Willington and purchased a new 800W Victron Inverter (the blue one)  and a new horn.

I am always a little nervous about buying replacement electronics for fear that they are actually ok and its the power circuit which has failed, and I am slowly coming to the realisation that a multi meter would be a good idea, even though I don't really know how to use one... That said, I had a visual inspection of the wiring and the fuses and all seemed ok so I wired in the new units and was rewarded with a steady stream of 240 volts from one and a loud "baaaaarp" from the other, so all ended well. 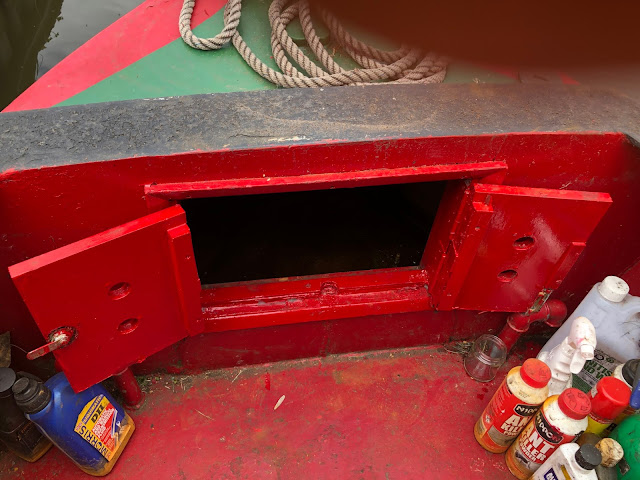 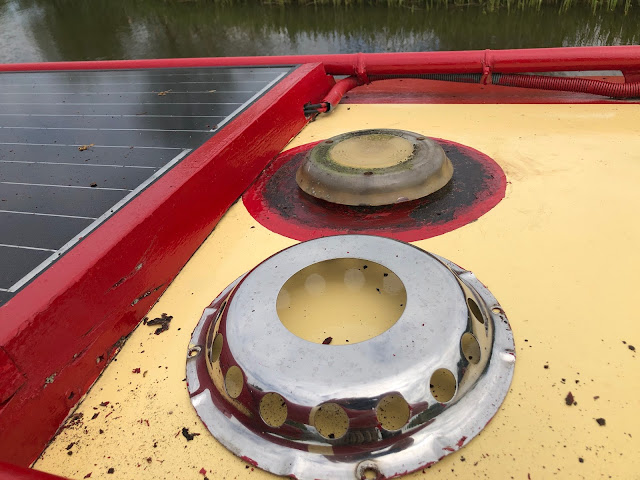 But that still left me at a loose end at Great Haywood so I pitched headlong into a couple of long standing rust issues, the first being the front roof vent which is both rusting and leaking and the second being the base of what was the diesel tank in the very back of the butty. The residue of diesel has protected it for a few years but some winters of stagnant water was taking its toll, so both were prepped and then attacked with a liberal coat of Fertan.

Oh, then there was the small gas leak to track down which was both potentially serious but actually very easy to remedy.

So after all that activity a blog post and a cup of coffee seemed in order.